Toronto is now hotter than San Francisco for tech jobs

Software developers, AI engineers and information systems professionals take note: You have a better chance at getting a prestigious high-tech job in Toronto than in Silicon Valley right now (not that your ilk is struggling to find work.)

Approximately 241,400 people held tech occupations in Toronto as of 2017, according to the real estate firm's annual ranking of North American tech talent, representing an increase of more than 50 percent since 2012. 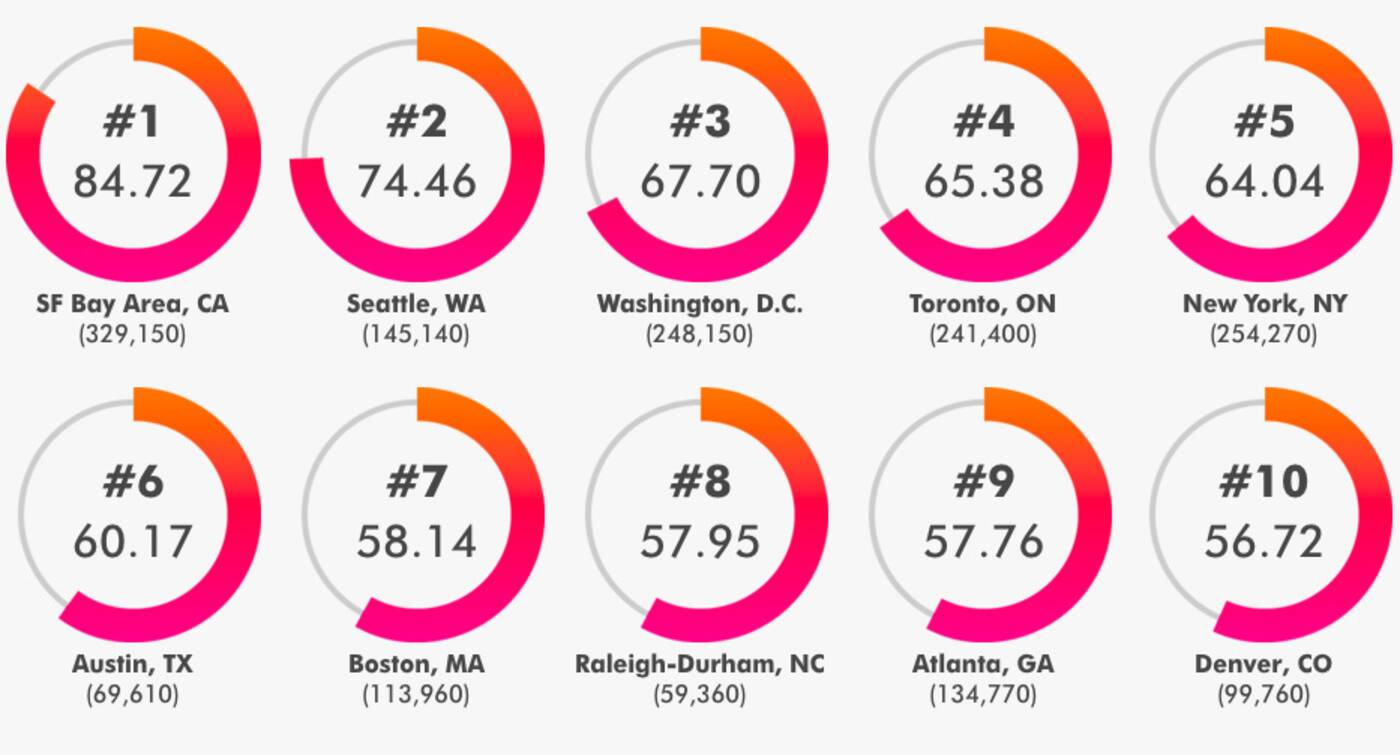 Toronto showed the best growth out of all 50 markets surveyed in CBRE's 2018 tech talent ranking, but still came in at the fourth spot overall. Image via CBRE.

Salaries grew by just under 10 percent over the same time period to an average of $83,245.

Another 353,700 people work in Toronto's tech industry but perform non-tech roles, such as sales, marketing, business operations and administrative support. The average salary for these workers as of 2017 was $54,146.

It's also noteworthy that we surged past New York in this year's ranking, up from sixth place to fourth overall. 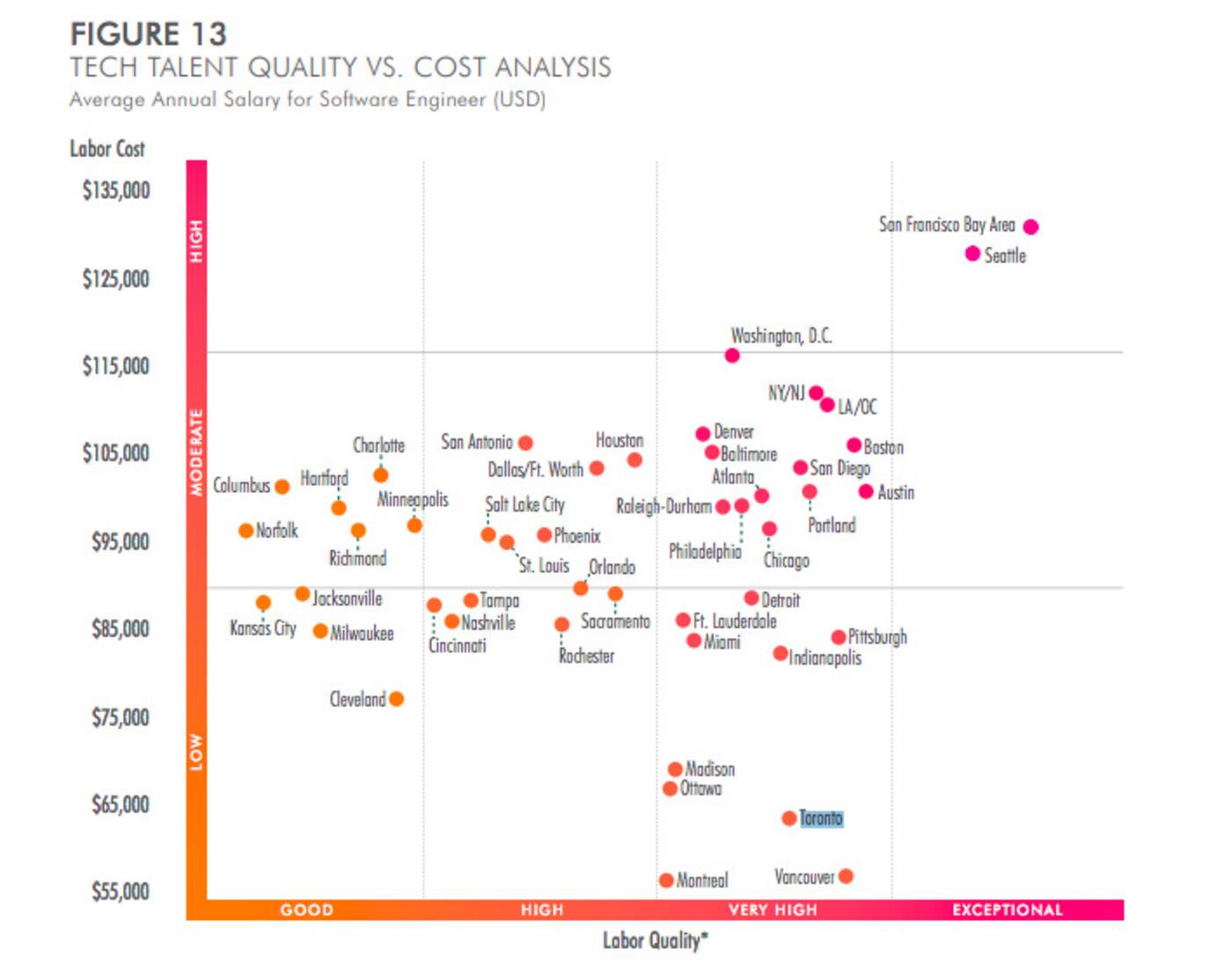 Software engineers in Toronto are generally well-educated and good at their jobs, which is great news for employers who can pay them a lot less than their counterparts in New York and Washington. Image via CBRE.

While Toronto fared exceptionally well with our labour pool and "brain gain" rate, the city was found to be less appealing in terms of office rent prices, average cost of living (both too high) office vacancy rates and wages by market (both too low).

The city is pretty average when it comes to what CBRE calls "talent diversity," with a chart showing that 72 percent of tech industry workers in Toronto are male and 28 percent are female.

Despite its drawbacks, CBRE Canada still pegs Toronto as one of the best values for tech firms to invest in thanks to cheaper labour and a well-educated workforce.

Like Vancouver and Montreal, Toronto was also found to have a "very high" quality of labour with a low labour cost — making the region particularly attractive to American corporations whose dollars will stretch even further.

Fast-talking coffee-drinking TikTokers are on the rise in Toronto

HuffPost Canada abruptly shuts down with no warning to employees