Queen West is great, but there's not a lot of different spaces to just hang out, without having to spend money that is.

Well, now there is. Two new mini public spaces have popped up along Queen West, and they have free Wi-Fi. 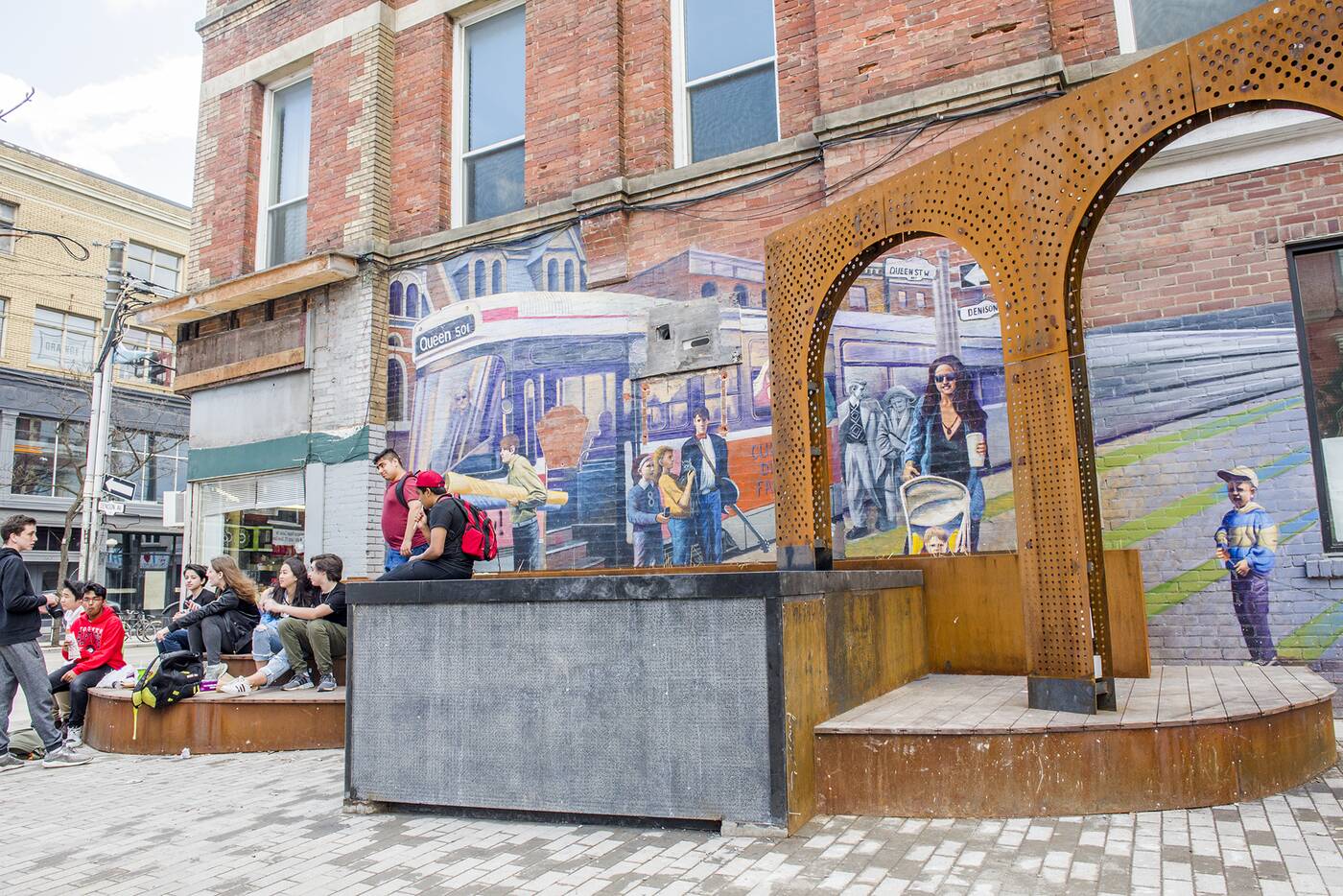 The parkette at Queen and Denison comes with seating areas and a streetcar mural. Photo by Hector Vasquez.

Now, it seems kind of strange that an outdoor space with this capacity has been on Queen West at these intersections and, seemingly, they've gone unnoticed.

That's because there wasn't much to notice about them before, these new public spaces are taking over space that would normally be used up by five parked cars.

Small-scale public spaces are also going up along King Street as well— the stretch that the King St. Pilot Project has taken over—as a part of the Everyone is King project.

The King Street Causeway, one of many new public spaces to be installed on King Street this month is now open (across from #tiffbelllightbox just west of John St.) #kingstreetpilot #bringonsummer pic.twitter.com/zv7LjBsnGN