Last year, General Motors revealed it would open a sprawling innovation centre south of Leslieville. It recently submitted a development proposal for its seven-acre employment campus, which includes renderings by Quadrangle Architects detailing what this project will look like.

GM will replace the Cinespace film studios at 721 Eastern Avenue. It plans to reanimate the area with improved public spaces, at least 120 trees and a new street that'll connect Eastern Avenue and Lake Shore Boulevard. 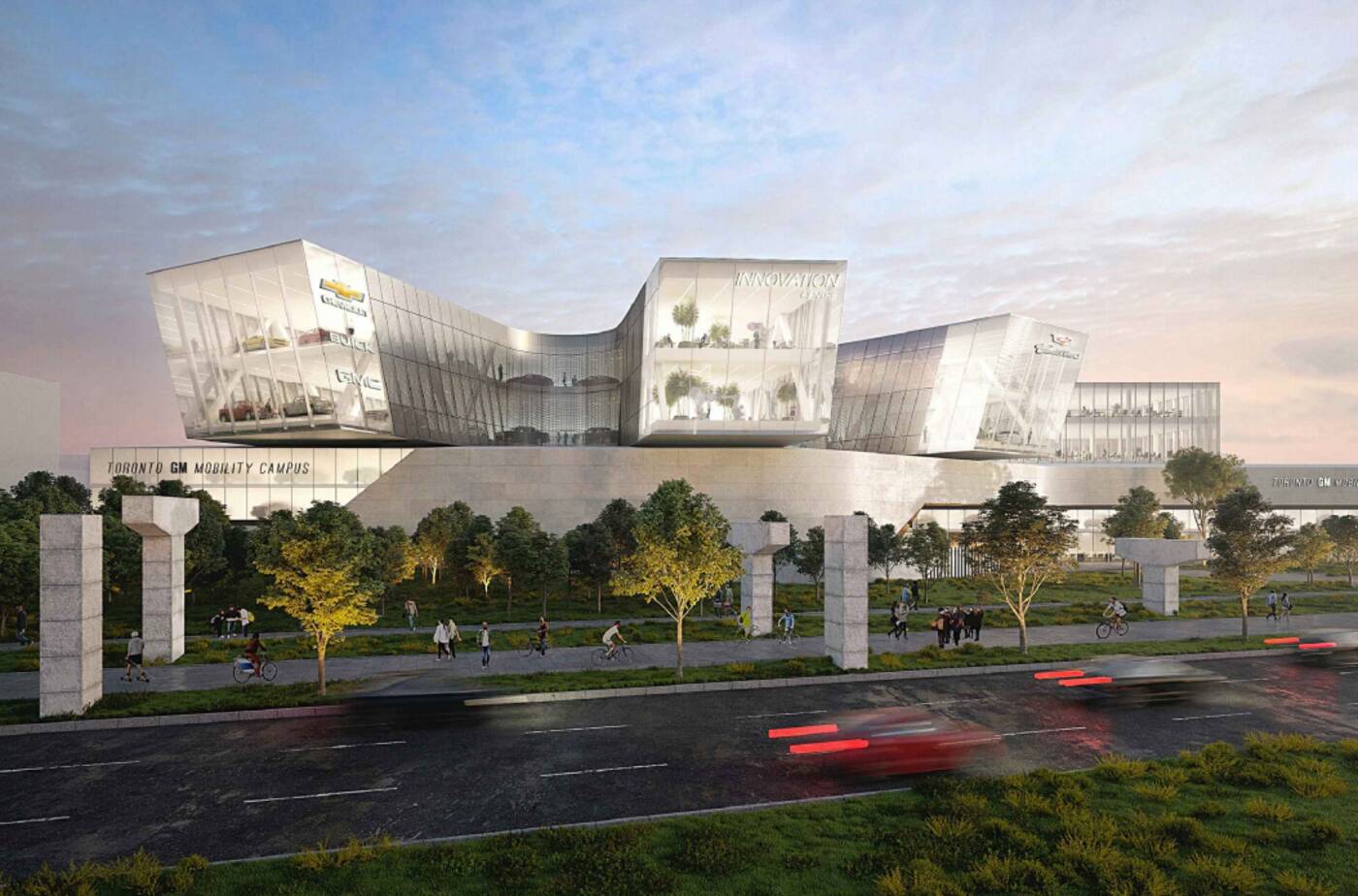 The campus will feature three development blocks and aims to bring 3,000 jobs to Toronto. 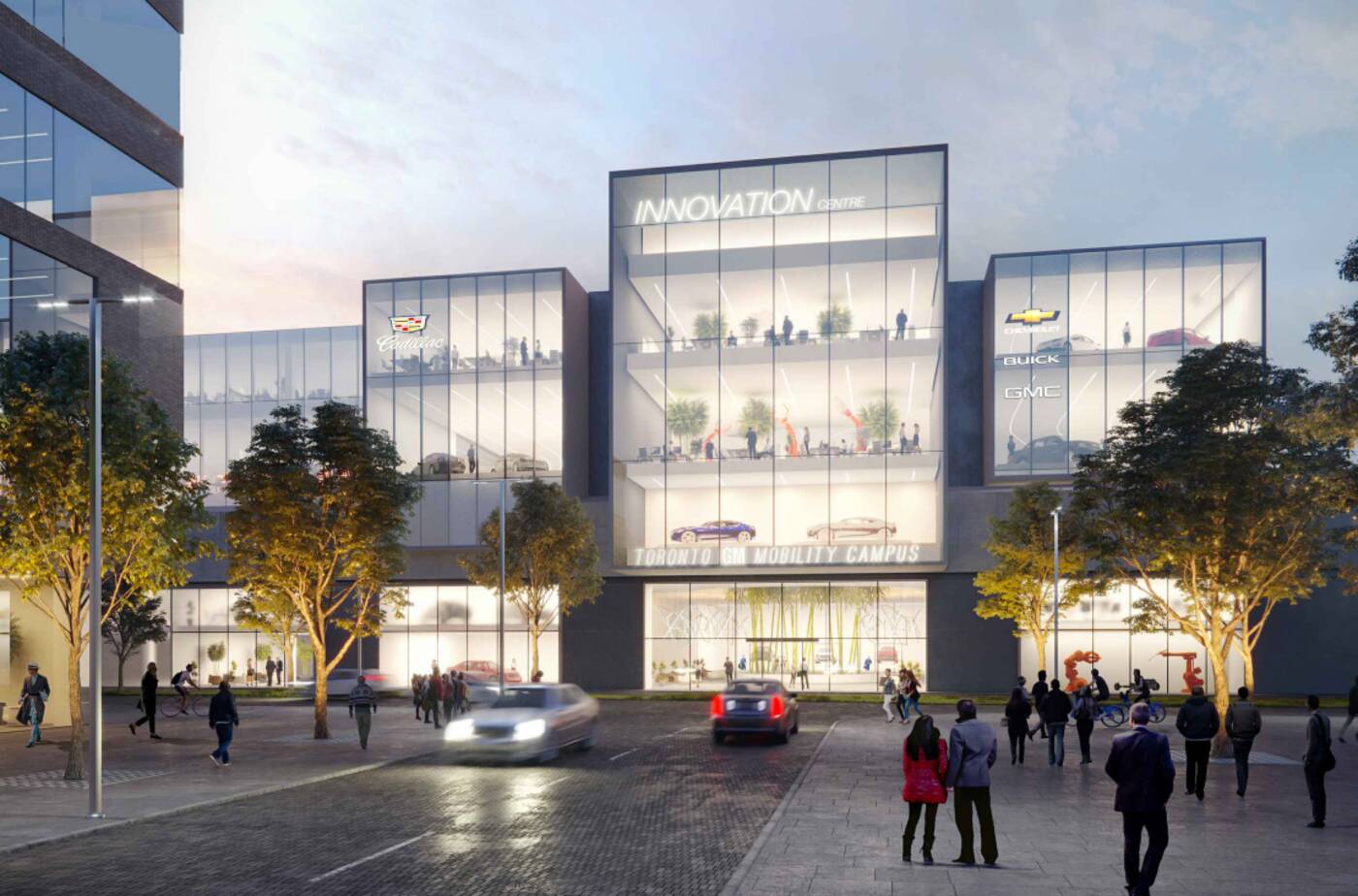 The other two blocks will feature offices and retail space for employees.

Of course, GM's campus isn't the only vehicle-related development coming to this area. The Autoplex, with seven car dealerships and a Streetcar condo, is currently under construction nearby.