Thousands turn up for Pokemon Go party at CN Tower

"This is effing madness," yells a man as he walks through the throng of people stationed between the CN tower and the Rogers Centre. Everyone's standing around staring at their phones. Occasionally, someone screams out "Valor!" or "Mystic!" And the crowd whoops and hollers back.

There's a festive feeling in the air as Torontonians of all ages gather together to celebrate the Canadian release of Pokemon Go. 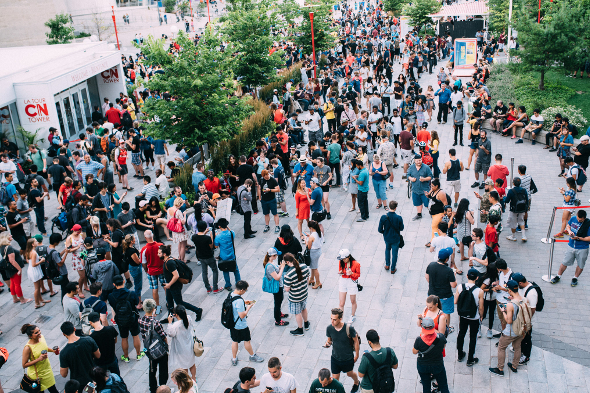 Last night's unofficial Pokemon Go release party stared out as a small Facebook event, but it grew alongside the enormously popular smartphone game, which only came out in Canada on Sunday. 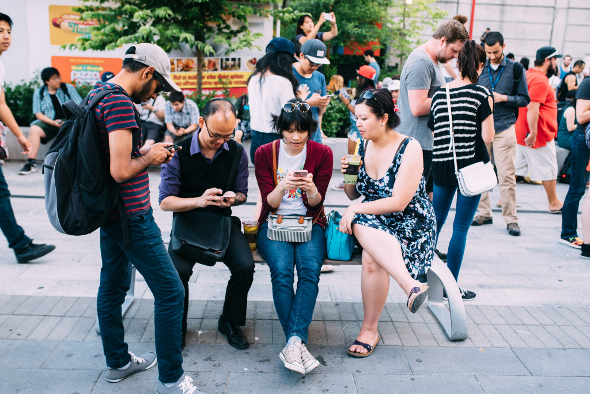 Though before it appeared in our local App Store, many of us got the American version so we could start catching Pokemon too. 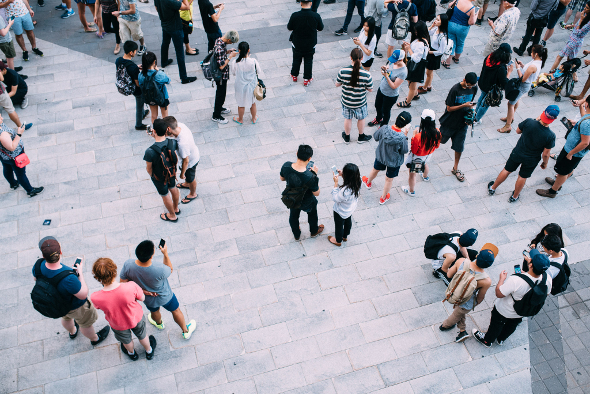 Unlike any game that's reached this level of popularity before it, Pokemon Go changes how players interact across time and space. In order to catch 'em all you actually have to get outside and move around. And you benefit by playing with others. 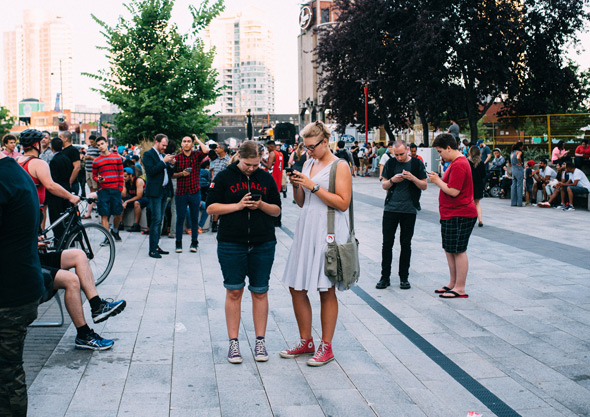 That's why massive events like last night's are so appealing - you can find more Pokemon when lots and lots of players join together and set up lure modules at PokeStops. 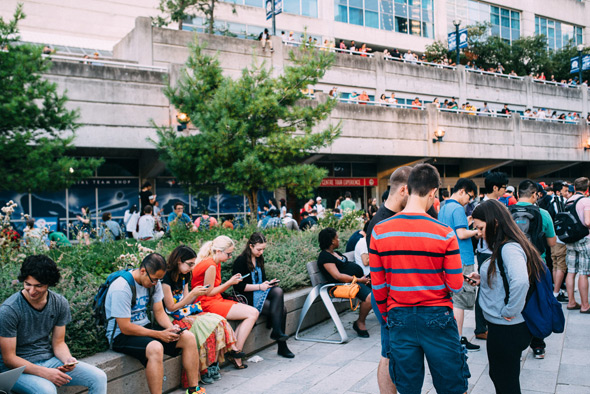 And while the crowd got excited each time an Eevee appeared, the whole party was more about camaraderie. 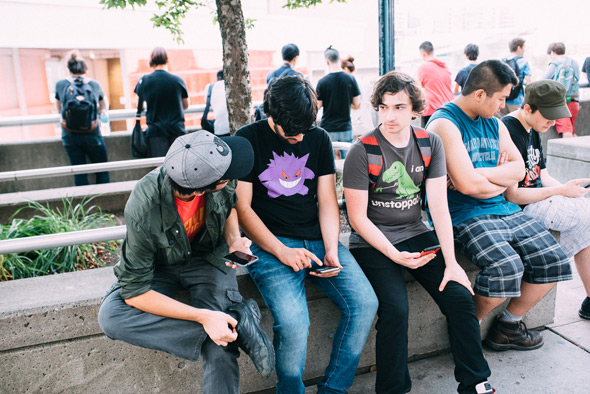 It was easy to meet people as experienced players helped newbies and enterprising PokeMasters moved through the group hawking team pins. A few cosplayers showed up and everyone went nuts when a life size Pikachu appeared. 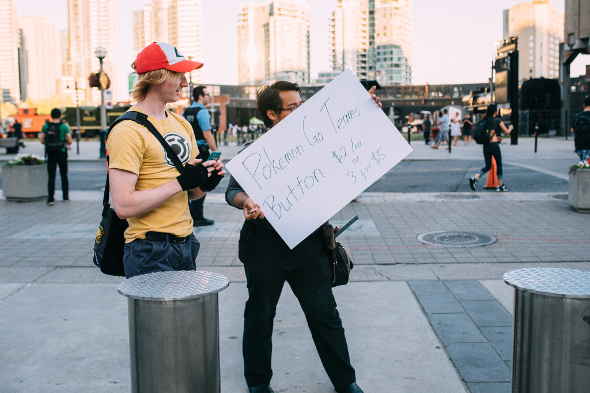 Confused tourists holding CN Tower bags pushed their way through the mass of trainers, oblivious to the fact that a Wartortle spawned nearby. 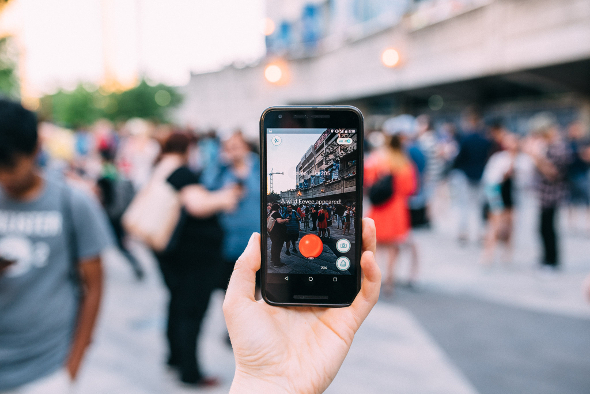 It was easy to get carried away last night as a buffet of Pokemon popped up on my screen. But I got my fill after nearly two hours, though I didn't even realize the sun had set until I turned my back on city's preeminent Pokemon gym. 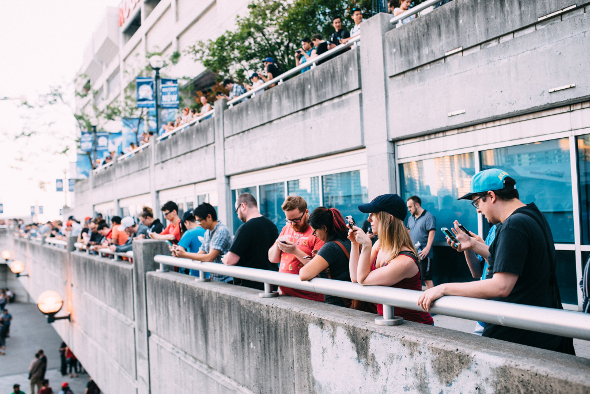 While the Pokemon Go craze will inevitably fade, it might be difficult to put the game down, especially because of its social component. Groups have scheduled meetups and dance parties until September in public spaces as well as in bonafide bars and nightclubs. 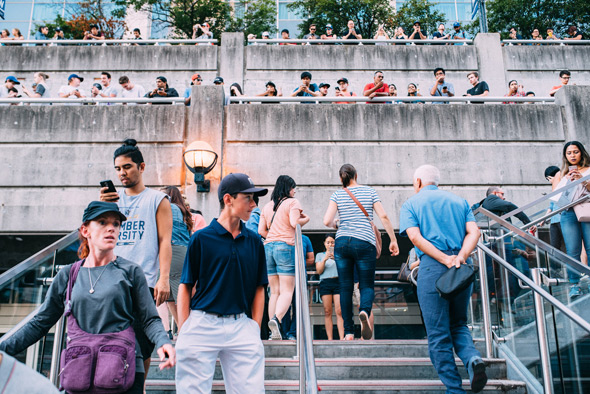 Sure, it may seem strange to watch hordes of adults chasing imaginary, digital creatures, but anything that gets thousands of Torontonians to join together peacefully can't be all that bad. 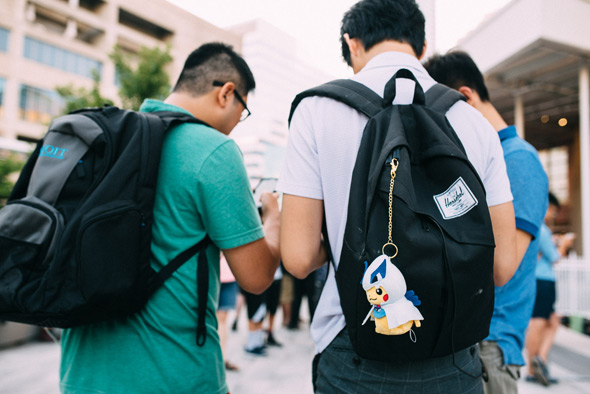