Retro video game captures the daily grind on the TTC

TTC nerds and vintage video game fans will like this offering from new media artist Patrick T. Lo, who has recreated the monotony of the daily commute on the TTC. Called Ride the Better Way, the game features an unnamed character who's a bit down on his luck as he makes the trip to and from work each day. Here's the thing, though: it's all a bit like the pilot Jerry and George pitch to NBC on Seinfeld. Nothing happens. 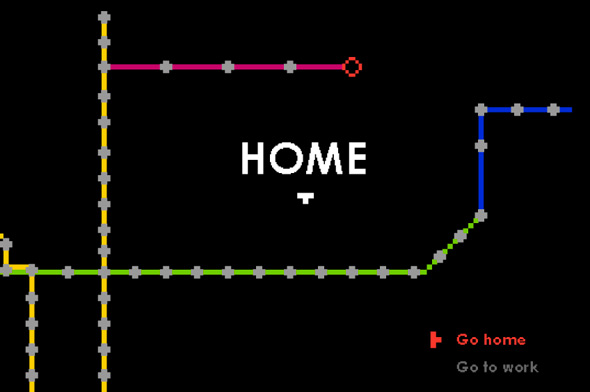 "It's spectacularly uneventful," Patrick explains. "But hey, that's the joke.

Probably best categorized as pleasant little time-waster, the game does have its humorous moments, particularly when the user chooses to "stare at people" as one way to pass the time on the trip to and from work. In general, all of the limited options the game provides are actually quite fun, so check it out if you a couple of minutes to kill. And kudos to Matt De Luca and Lukas Guyader for the soundtrack, which really nails the whole 80s video game experience.

Sample video (you can play the game at the link above):