Whenever I think of two people secretly exchanging information, I envision money bags left behind loose bricks and secret documents hidden in a hollowed out book. As it turns out, this method of sharing information has a name - it's called a dead drop.

The idea is simple: a USB flash drive is embedded into a wall, building, or other public space using cement. After that, anyone can access the drive and leave and take files as they please. 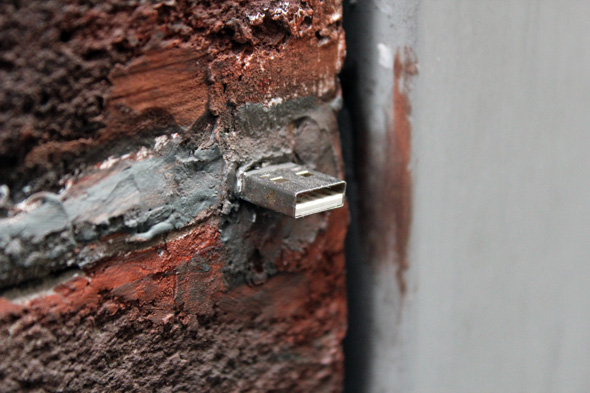 In early November,a dead drop appeared in Toronto. I was finally able to satisfy my curiosity about what was on the drop - and who placed it there - this week. According to the read me file on the USB, "Q_worker_006" installed Toronto's only dead drop on November 1, 2010. No other information about the creator is given.

However, there's a photo on the drive of the drop being installed - and the exif data on the photo revealed it was emailed from an iPhone 3G belonging to Matthew Bennett. Quite a few files have collected on the drop in the two months since its creation - at installment, drops usually only contain an information file about the project. It's up to the public to decide what to add, delete, and keep on the drop. 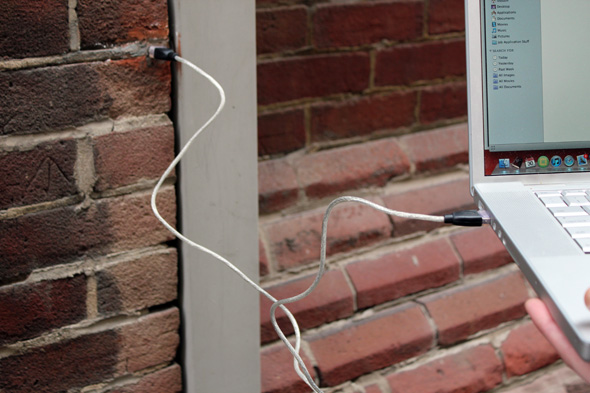 The drop currently contains twelve recipes, including some popular brand names - Cadbury CrĂ¨me Eggs, Ms. Field's Cookies, and Reese's Peanut Butter Cups. Other than recipes, there's not very many text files - though there is a rather interesting list of fictional drug use in movies (with hyperlinks!) and a guide on how to make a homemade stun glove using a disposable camera. 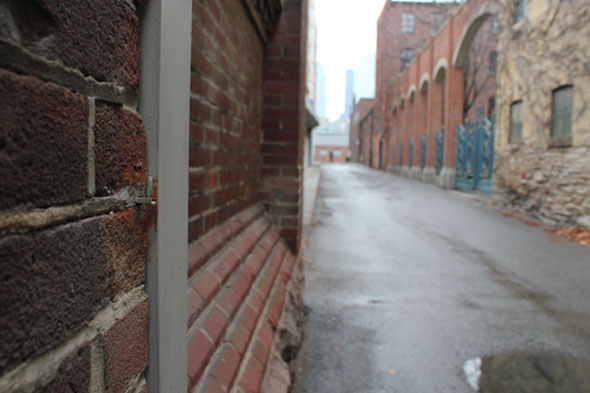 For those interested in creating their own drop somewhere in the city, Bartholl provides a how-to guide on his website.