Going out in Toronto can get frustrating. First you have to find out what the club du jour is, then when you get there you're likely to wait in line forever unless you either know the bouncer or you're a minor celebrity (or just really, really scantily clad) -- never mind predicting the lineup or knowing whether the club is actually worth it once you get inside.

Being the technology-loving girl that I am, I've always wondered why clubs haven't embraced technology both to attract hip twenty-somethings and to make their lives easier. Have you ever actually tried to get on guest list or book bottle service at a bar? You usually get a voice recording asking you to leave all your details in a voicemail, or the phone just rings endlessly if you call before "club hours" -- not exactly a web-friendly, streamlined process. And club websites aren't much better - they're all flash-based and play house music while you're trying to find contact information.

I recently learned about a local entrepreneur who's trying to bring Toronto's nightlife industry into the Web 2.0 world, and at the same time make the club-going experience a lot easier and more accessible. Gabriel Tomescu, a recent Waterloo University grad, launched Nocturnal Mobile in July to fill the gap he saw in Toronto's nightlife scene.

He got the idea after visiting NYC last September for a friend's birthday - his group had no idea where to go, no idea how to get on guest list, and even when he got a recommendation from a friend, he had no idea what type of club it was or how to get there. He thought - like many successful entrepreneurs do - that there must be a better way. When he couldn't find an app that offered that functionality he decided to build it himself. 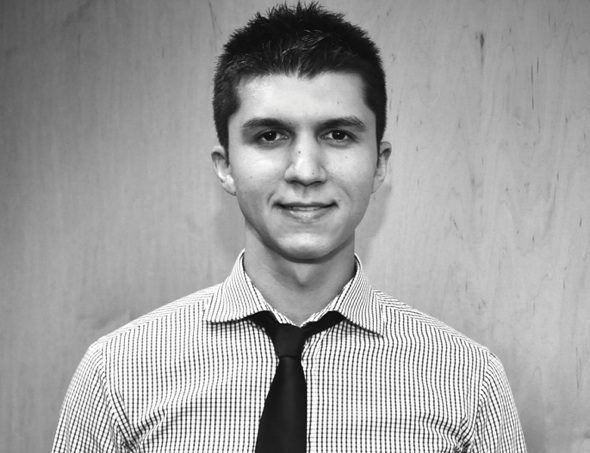 Nocturnal solves some of these problems. The free iPhone application includes a host of features: venue and event information, reservations for guestlist, bottle service, tickets, event photos, real-time user reviews, and more. You can search events by venue or by the date you want to go out, and find out about those pesky club-specific rules like dress code and cover charges.

There are a few standout features, notably the live feed. I hate getting to a bar to discover there's a giant lineup, or to realize that the place is empty. And I thus love the idea of a live feed of updates from fellow partiers around the city letting me know what I can expect. I also love that you can book guest list or bottle service while walking home or in transit, no phone tag required. And your guest list plans are added to your reservations tab, so you can pull it up when you get to the bar to show the bouncers. One feature you might want to avoid, however, is the ability to update your Twitter or Facebook feed with information about what club you're at - especially if you have a crazy ex who might just show up too.

Tomescu isn't just targeting the partiers, he's reaching out to club owners - he has 10 clubs on board already who are posting events and information themselves; the rest of them he has uploaded himself. He hopes once the app gains popularity more club owners will jump on board and manage their own accounts. He's also trying to work with club owners to get signage outside the clubs and hopes to offer free downloads to partiers at clubs to build awareness.

To my knowledge Nocturnal is the first app of its kind in Toronto. Sure, there are sites like MartiniBoys that have certain features like reviews, directions and general information, but they don't integrate a live feed or reservations, and they certainly don't do it on a mobile device.

Clearly Nocturnal won't appeal to everyone right now - there are a limited number of establishments using the app, and only iPhone users can take advantage of it. Tomescu assures me he's working hard to get more bars and clubs using the app, and is planning BlackBerry and Android apps. Sorry non-Smartphone users - he wants to be a leader in the mobile space, and isn't planning to build a web version. But you don't always have to interact on the app - I found out last night from the @NocturnalMobile Twitter account that Johnny Drama from Entourage was going to be at Brant House, and that I could book guestlist directly through the app. It's nice to know that my entourage will have a place there, whether I'm famous or not.