Wind Mobile launched in Toronto this morning making today a momentous day for anyone, myself included, who has ever cursed their Rogers bill, lamented Bell's pricing plans, or liked Telus' cute animal commercials more than their customer service. There is now a fourth wireless carrier as WIND Mobile (see rate plans) launched today and unveiled two new stores in Toronto (a third will open later at Queen and Spadina) plus Kiosk locations in select Blockbusters.

The first retail location to launch was at 207 Queen's Quay West in Toronto. It opened at 10am this morning, and shortly after they posted a photo of their first customer (wonder if he gets free service for life?). 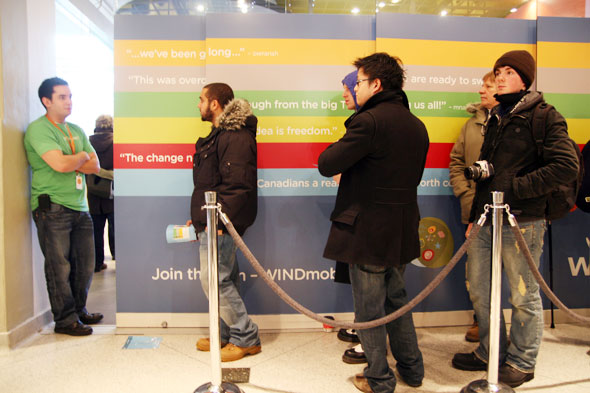 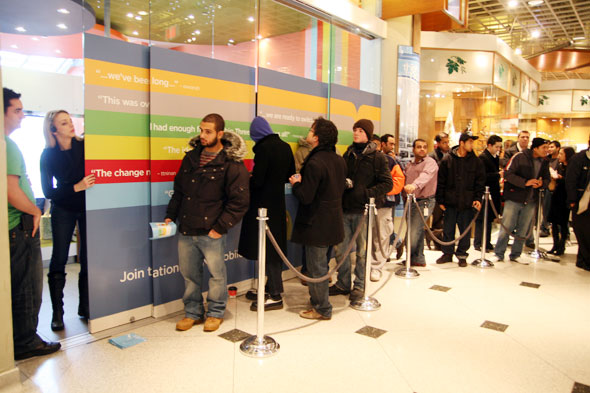 The Queen's Quay location this morning was the definition of a zoo. A long line of customers (at least, potential customers) waited patiently outside while media took photos, videos and interviewed several bystanders. 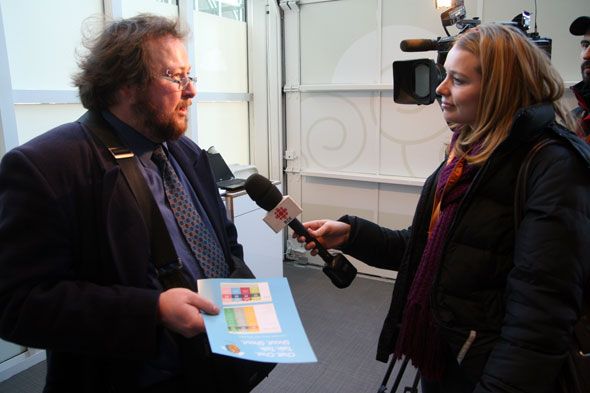 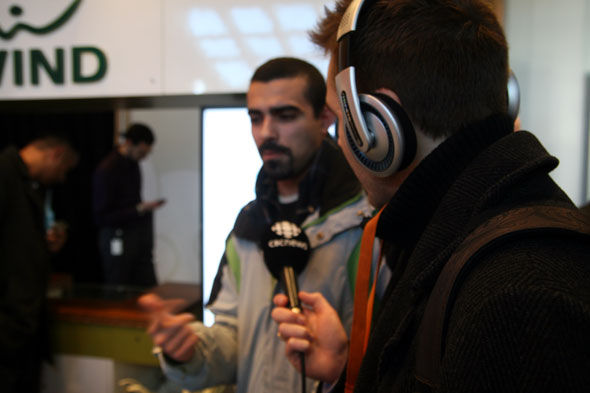 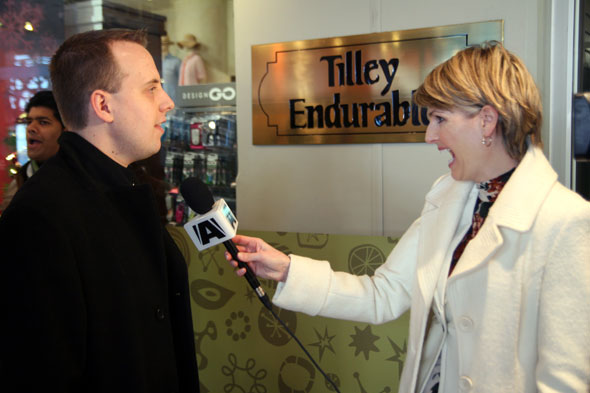 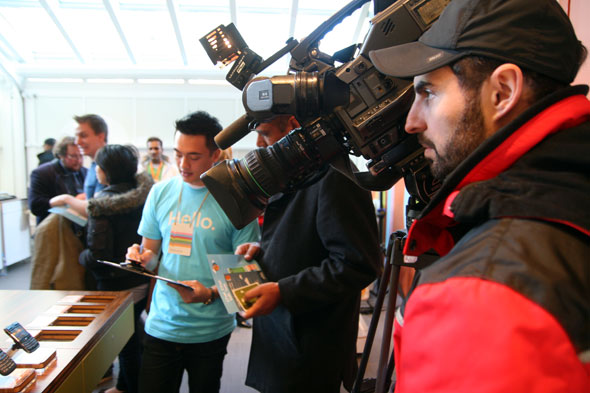 They also released details of their devices (including the BlackBerry Bold 9700) and services including free WIND-to-WIND calling and no monthly service charges.

WIND says their mission is to create the most unforgettably positive customer experience in Canada. Which, for a wireless company, seems like a very lofty goal (I can count on one hand the number of times I've been pleased with customer service from my wireless carrier). But they seem to be taking the right steps - they have a devoted customer service 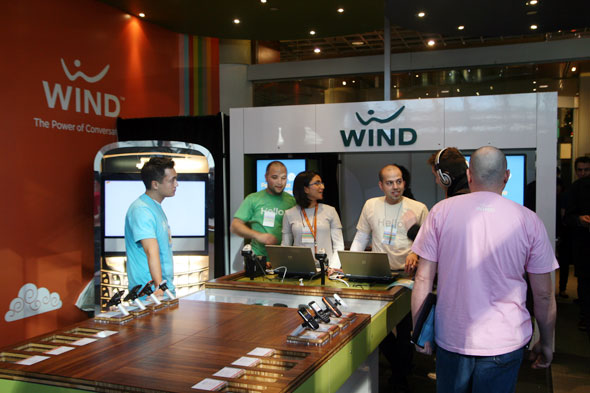 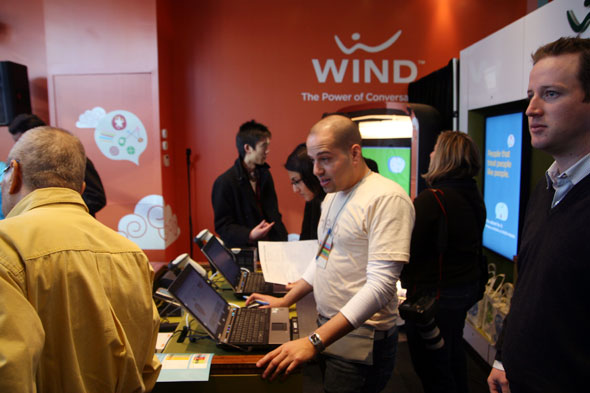 , and an extensive FAQ page (including whether you can ask Santa for a WIND phone for Christmas).
If you're like me you're probably wondering where the heck this major mobile player came from. Owned by parent company Globalive, WIND's fate in Canada seemed precarious when the CRTC blocked its launch due to too much foreign ownership. But Industry Minister Tony Clement overturned the CRTC's ruling - and even though WIND was in mobile limbo for a while, it put the time to good use. The team of 400 spent the time doing random acts of kindness all around Canada. 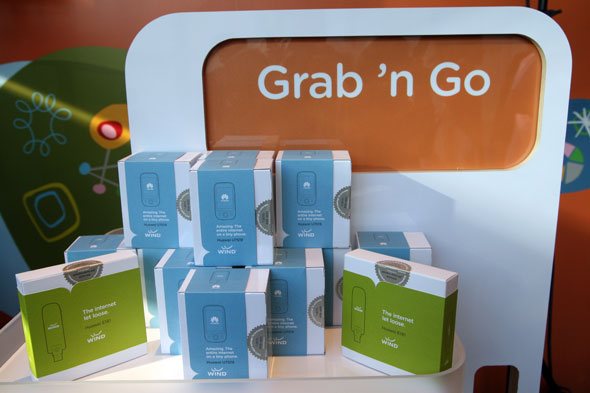 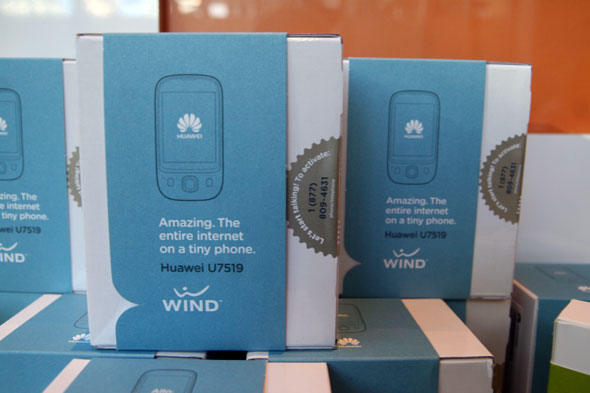 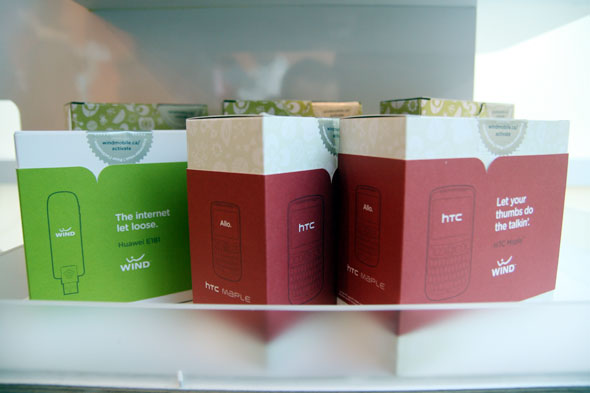 WIND offers prepaid and postpaid accounts, and with either option there are no contracts. That's right, I said NO CONTRACTS. Oh, and they're giving new customers a month of their voice plan fees for FREE. We have a breakdown of the pricing plans, and you can check out WIND Mobile on Twitter and at their retail locations in Toronto.

WIND has also begun their advertising campaign in order to try to woo customers to their no-hidden fees plans. Here's a couple of clips from YouTube:

I know I'll be sticking with Rogers until WIND offers the iPhone (I'm beyond the point of addicted). So how 'bout it Toronto - will you be switching to WIND?