Toronto Police Services Reach Out in Local Communities via TPSLinks

Whether it be related to safety issues, emergencies, reports of missing persons or amber alerts, road closures, or community events announcements, police can now deliver info directly to members of the community via voice calling or SMS text. 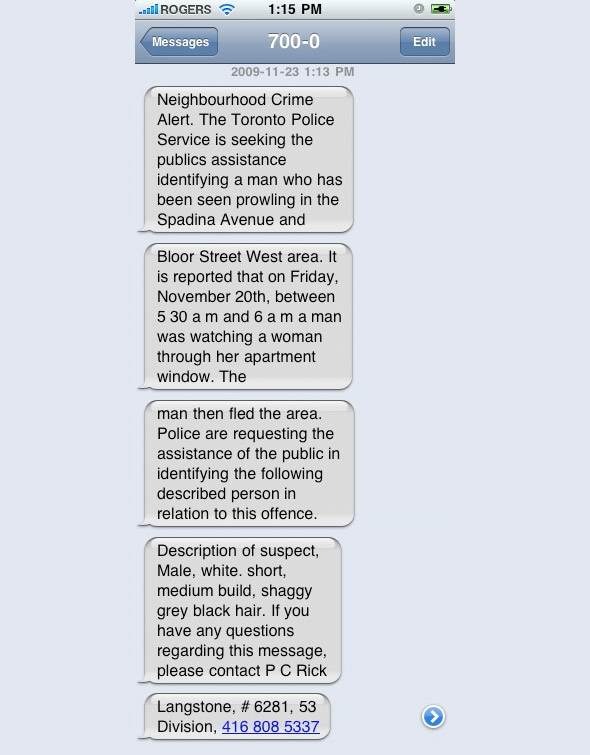 Touting TPSlinks as "state of the art technology" may be a bit of an overstatement, but bringing this useful tool to the community is definitely a good thing. It launched early in November, and I just signed up a couple of weeks ago.

Every once in a while, I get an SMS message (or one more lengthy one broken up into several messages delivered in burst due to character limitations on SMS texts) from my nearest Toronto Police station; not because I'm in trouble and not because I'm particularly chummy with them, but because I like to know what's going on in my neighbourhood.

So far, I've learned that a sexual assault took place in my area, a prowler is wanted after peeping into windows in the Spadina and Bloor area, and I was informed in advance about a community town hall meeting that I would have otherwise had no knowledge of. So far so good.

I have only a couple of minor annoyances worth mentioning. Sometimes when a lengthy message is split up into smaller SMS messages, they're delivered all within seconds of one another but out of order (which means that I have to scroll up and down and try to piece together the complete message). Also, it's probably a good idea to turn the service off when traveling, since you'll get dinged with roaming text charges for each burst that occurs when a notification is sent.

For those who'd rather not get the SMS text bursts, an alternative delivery option is voice delivery, which I haven't tried. This method delivers a pre-recorded message by phone when answered, or leaves the same message as a voice mail if the phone goes unanswered. The same caveat applies for subscribers that travel abroad.

See more details and sign up for TPSlinks on the Toronto Police Services web page, and consult the below map to choose the appropriate division of interest. 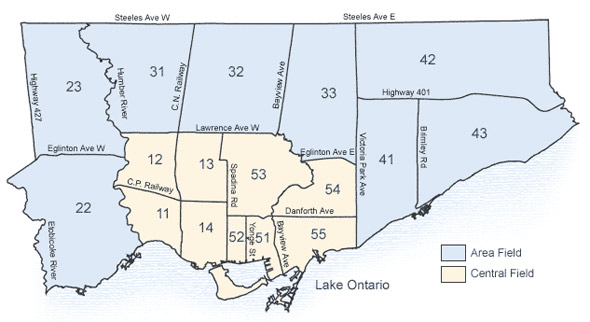