StartupEmpire: Why Now is the Time to Start a Tech Company

Economy shmeonomy! At least, that was the message at StartupEmpire, a conference that brought together entrepreneurs (i.e., people wanting money), venture capitalists (people who have money), and everybody in between, to talk about starting up tech companies.

Myself, I guess I'd say I'm at the pre-entrepreneur stage: I'm currently doing some consulting gigs while determining what the heck it is I want to do. Thus, it was a no-brainer to sign on for StartupEmpire, especially when the format changed from a two-day, $300 deal down to a more affordable, one-day, $65 affair.

The Empire set up shop at This Is London, and promised an impressive line-up of speakers who had lots to say about starting startups, and why Toronto is a standup place to start such startups.

Don is a startup veteran, having been involved some companies you've probably heard of (AltaVista and Napster), so you can definitely say "he's been there".

About the current economy, Don had this to say: "Markets are driven by fear and greed. Fear is temporary; greed is permanent."

Putting fear aside then, why is now, of all times, the time start a tech company? Well, great people are available (because they're being laid off elsewhere); customers want to save money and tough times cause customers to try new things; venture capitalists apparently have lots of cash; and infrastructure is cheap and readily available. 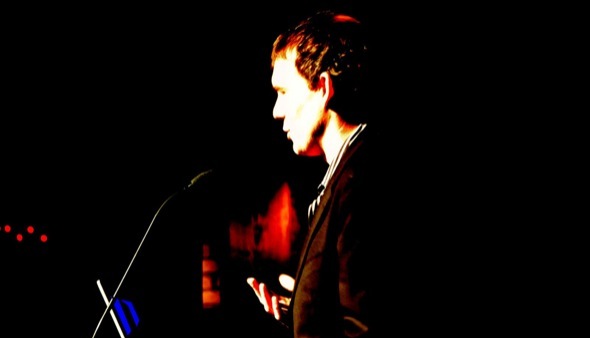 Austin Hill, who followed, added "In a tornado, even pigs have a chance to fly."

Another key message of the day: Focus. Pick one thing, and do it well. Says Austin, Canadians have a problem with this, and "[Silicon] Valley is better at Old Yeller moments: Knowing when to shoot."

Later, a panel, which included The Globe's Mathew Ingram, explored both sides of the pitcher and pitchee dynamic.

In between speakers talking about the legalities, financials, term-sheets, and other things that aren't immediately applicable to me, every break provided the opportunity to network. Unfortunately, though the the dance floor was crowded with chairs and didn't really provide for a good gathering point to mingle.

The highlight for me in the afternoon was the Insta-pitch, "a friendly Dragon's Den", as Rick called it, in which founders tried to sell their startup ideas to a panel of VCs. Most got picked apart, and hopefully left inspired, rather than defeated. (Though it's not clear what their business model is, one that caught my ears is Jaxified.)

Some of the stories and pitches were so interesting that they may inspire more tech conferences next year. So, stay tuned for FuckupCamp (FailCamp?) and possibly PitchCamp (names subject to change, I'm sure).

Though I did miss out on the tail-end (and after-party), and didn't get to talk to as many people as I would have liked, I did feel like StartupEmpire was a worthwhile investment. And the feedback I've been seeing agrees.

If you weren't able to go, Joey has your back. He's posted a butt-load of notes on his non-accordion blog.