Volleyball lovers rejoice, a brand new organization named The Volleyball Centre has arrived in the city and is changing the way the sport is played throughout Toronto.

Created by a team of four including the former owners of Beach Blast, Toronto's once popular indoor beach volleyball facility, The Volleyball Centre hopes to continue to build off that legacy and grow the game.

Currently, the team is operating out of two facilities, one out of Downsview Park and another at GTA Sportsplex in Vaughan where they have a combined 9 volleyball courts that are being used for everything from tournaments, programs for all ages and drop ins.

A number of other sports including hockey, basketball, and soccer are run out of these facilities but for The Volleyball Centre, there's one true star of the show. 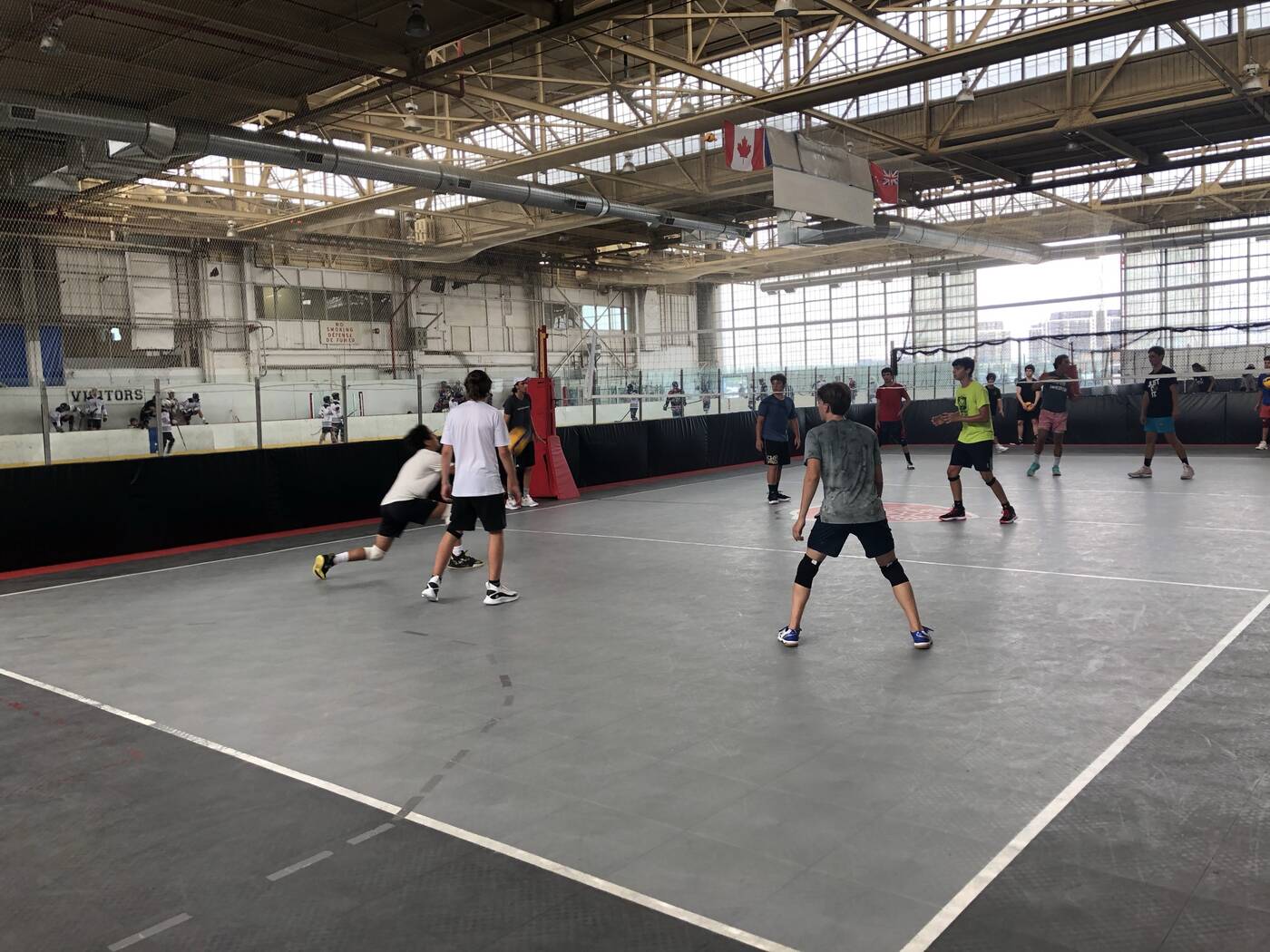 "Each location does kind of different things but the broad stroke is we run youth programs, grassroots programs. One of the big things we're doing that we get a lot of love from the community is we're helping a lot of youth volleyball clubs across Ontario," Co-founder Daniel Shermer told blogTO.

"Our goal is to expand and open more centers. We're looking to align with more groups and communities who want to grow volleyball."

Shermer's father George Shermer was one of the founder's of Beach Blast, and now is part of the team behind The Volleyball Centre. Volleyball runs deep through the Shermer family and they hope to spread that joy to others as well.

"We created The Volleyball Centre as part of our demonstration for our love for volleyball showing it's not just about the clubs but also the community," Daniel Shermer said.

With one of the most popular anime television shows of the past year being about volleyball, Shermer says there's been a good number of youth who have a new interest in the sport and even cite the show as reason for wanting to join a team.

With a distinct lack of volleyball  gyms around the city, The Volleyball Centre hopes it can help bring together those who care about this Olympic sport and serve up some fun for all ages.