Congratulations appear to be in order for thousands of sports fans who, despite being neither professional soccer players nor Italian residents, balled out last night in Toronto as if they themselves had defeated England to bring the Euro Cup back to Rome.

From College Street to St. Clair West and all over the downtown core, Canada's largest city exploded into joyous rapture on Sunday evening as Italy emerged victorious from a penalty shootout to secure the 2020 European Championship title.

It was an intense game, with each team scoring just one point at London's Wembley Stadium before going into penalties. 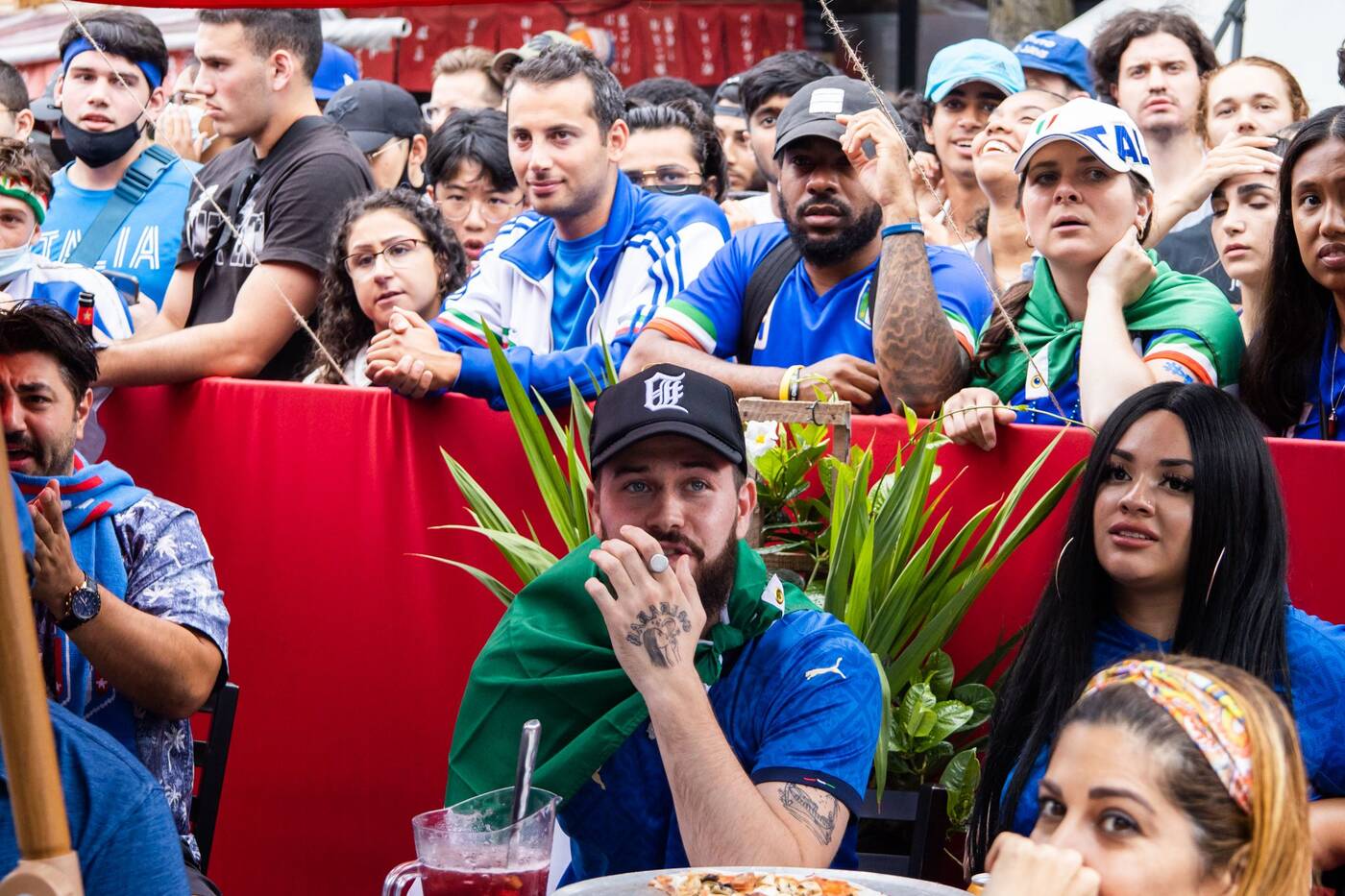 Fans were on edge in Toronto as they watched players take penalty shots to determine the 2020 Euro Cup's winner. Photo by Fareen Karim.

Things came to an emotional conclusion when Italian goalkeeper Gianluigi Donnarumma blocked out England's last attempt to score, resulting in a 3-2 penalty victory for his team.

The moment marked Italy's first Euro Cup win since 1986, and served to — as the New York Times puts it — restore "the reputation of an Italian squad that had been humiliated five years ago when it failed to qualify for the World Cup." 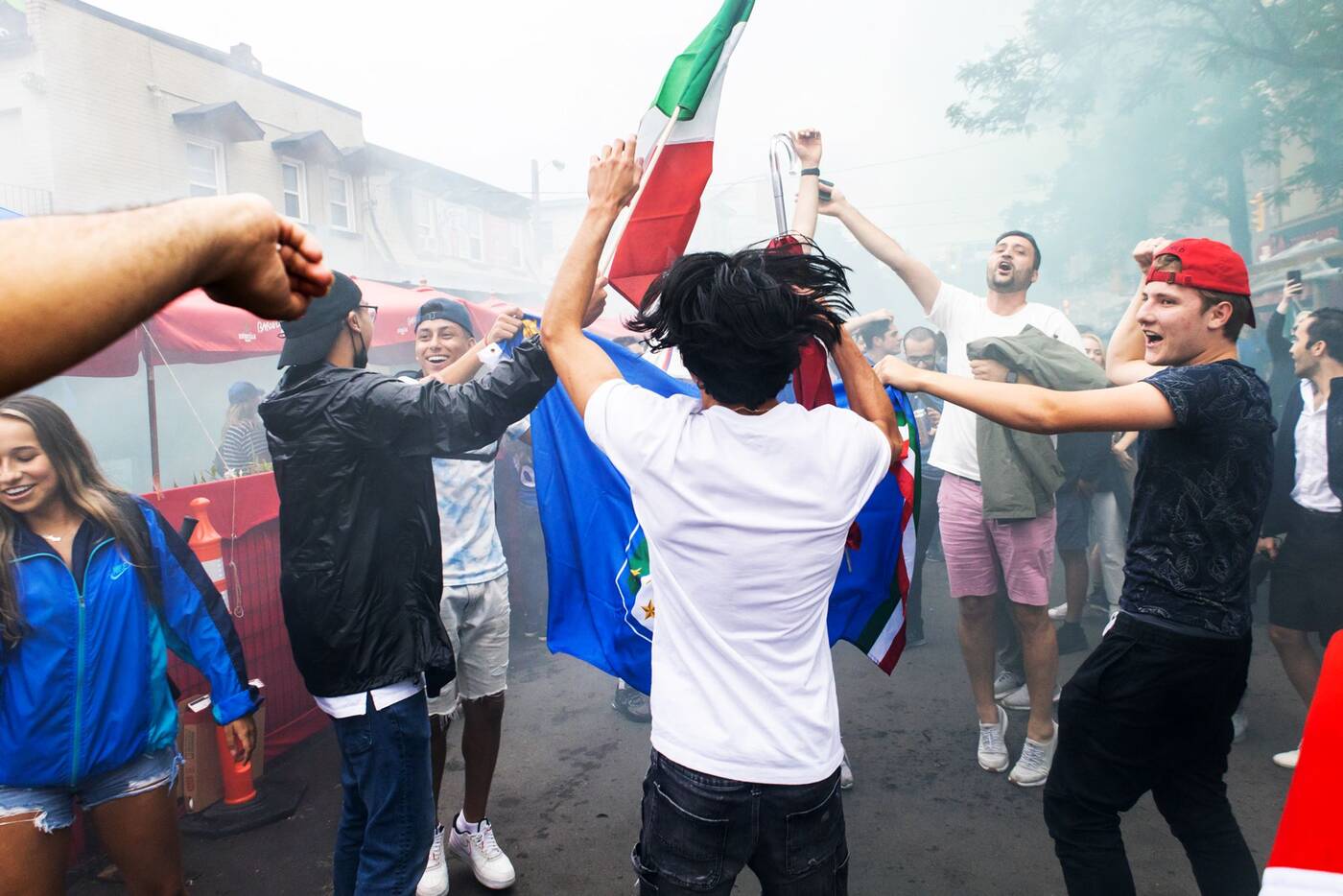 Needless to say, Italians were thrilled (and the British, not so much).

If you can’t see the England-Toronto Maple Leafs comparisons, I don’t know what to tell you. pic.twitter.com/w0WMu9X737

In Toronto's Little Italy neighbourhood, expats, people of Italian heritage and plain old soccer fans of all stripes partied late into the night.

Ditto for Corso Italia, where police shut down St. Clair Avenue between Dufferin and Lansdowne on account of a "large crowd celebrating in the streets."

Cheers and fireworks could be heard all over the city for hours following Italy's big win.

Car horns similarly blared throughout the downtown core long after the game had ended. 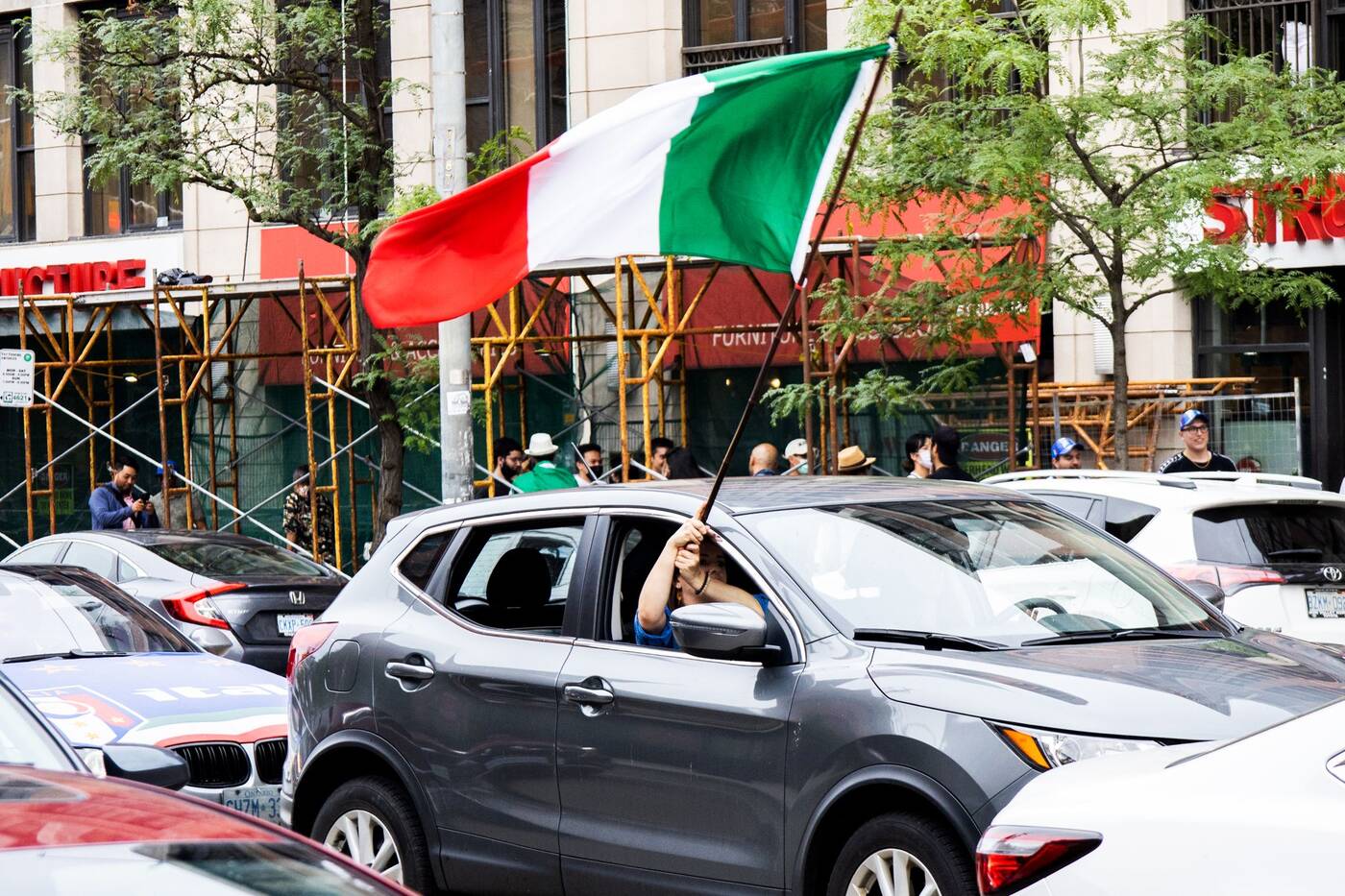 Red, white and green flags flew through the streets of Toronto as drivers honked in celebration of Italy's Euro Cup win on Sunday night. Photo by Fareen Karim.

Some in the city complained on Twitter about the noise and crowding, but many also seemed to enjoy watching the celebratory scene unfold, hailing it as a harbinger of the good times we can expect in Toronto this summer as pandemic restrictions lift. 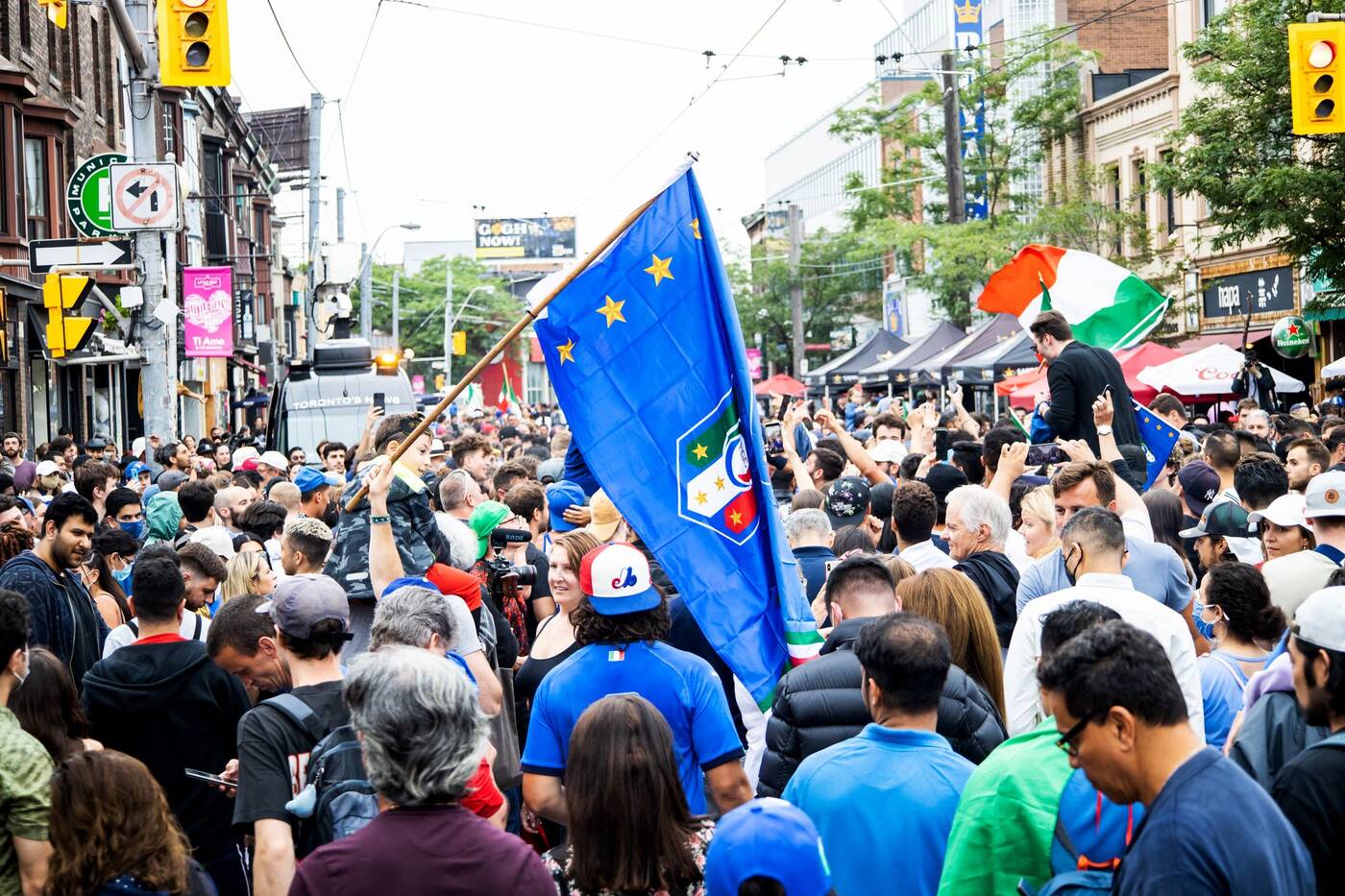 Toronto is starting to look more like its old self again following more than a year of intense lockdown measures. Photo by Fareen Karim.

"What a game!" tweeted Mayor John Tory, who took in the match from Café Diplomatico on College Street. "Congratulations Italy."

See more photos of the celebration in this photo gallery