Drake is once again giving the world a window into his relationship with his adorable young son, Adonis, and it seems the two are spending plenty of time bonding over their mutual love of basketball.

The Toronto rapper posted a sweet video to his Instagram story earlier today in which Adonis shows off some impressive moves on the court.

Clad in a snazzy blue sweatsuit, the three-year old dribbles a matching blue ball and manages to spin successfully before throwing it right into the toddler-sized net. 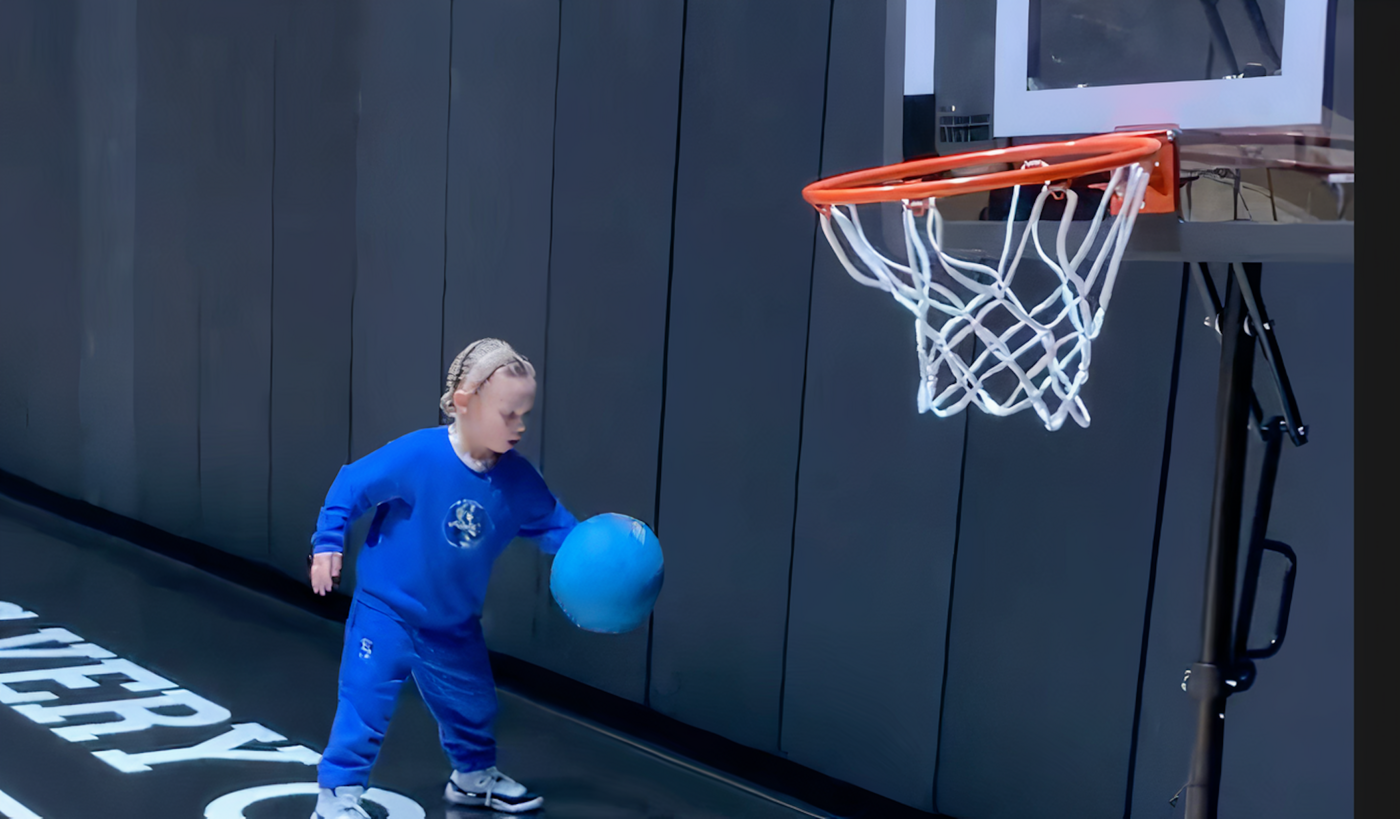 In the backround, Drake and a few other observers can be heard cheering him on.

And this isn't the first time the rapper has publicly championed his son's basketball skills.

Drake also posted another video on Instagram Tuesday in which he can be seen showing Adonis a video called "LeBron James' Top 35 Plays," and the child is very clearly enthralled by the clips.

He also shared an adorable photo of Adonis in his huge home basketball court several weeks ago, and he shared yet another video of his son making three baskets in a row earlier this month.

Drake, who is the Global Ambassador for the Toronto Raptors, has long been known as a basketball enthusiast.

In fact, his connection to the game dates all the way back to his days on Degrassi.

Y'all really think Drake is wildin' during basketball games nowadays? You should've seen him during his Degrassi days 🤣 pic.twitter.com/SKs4q0eSOY

So while it's no surprise his young son is already following in his footsteps, it sure is cute.