Toronto's indoor basketball complex The Playground is about to see a massive expansion that will make it the largest of its kind globally.

The brand already has two facilities: a hidden 15,000-square-foot space in Scarborough and another in Peterborough's Spiplex Sports Dome.

But over the next few months, The Playground will be exploding across the GTA with four new locations. 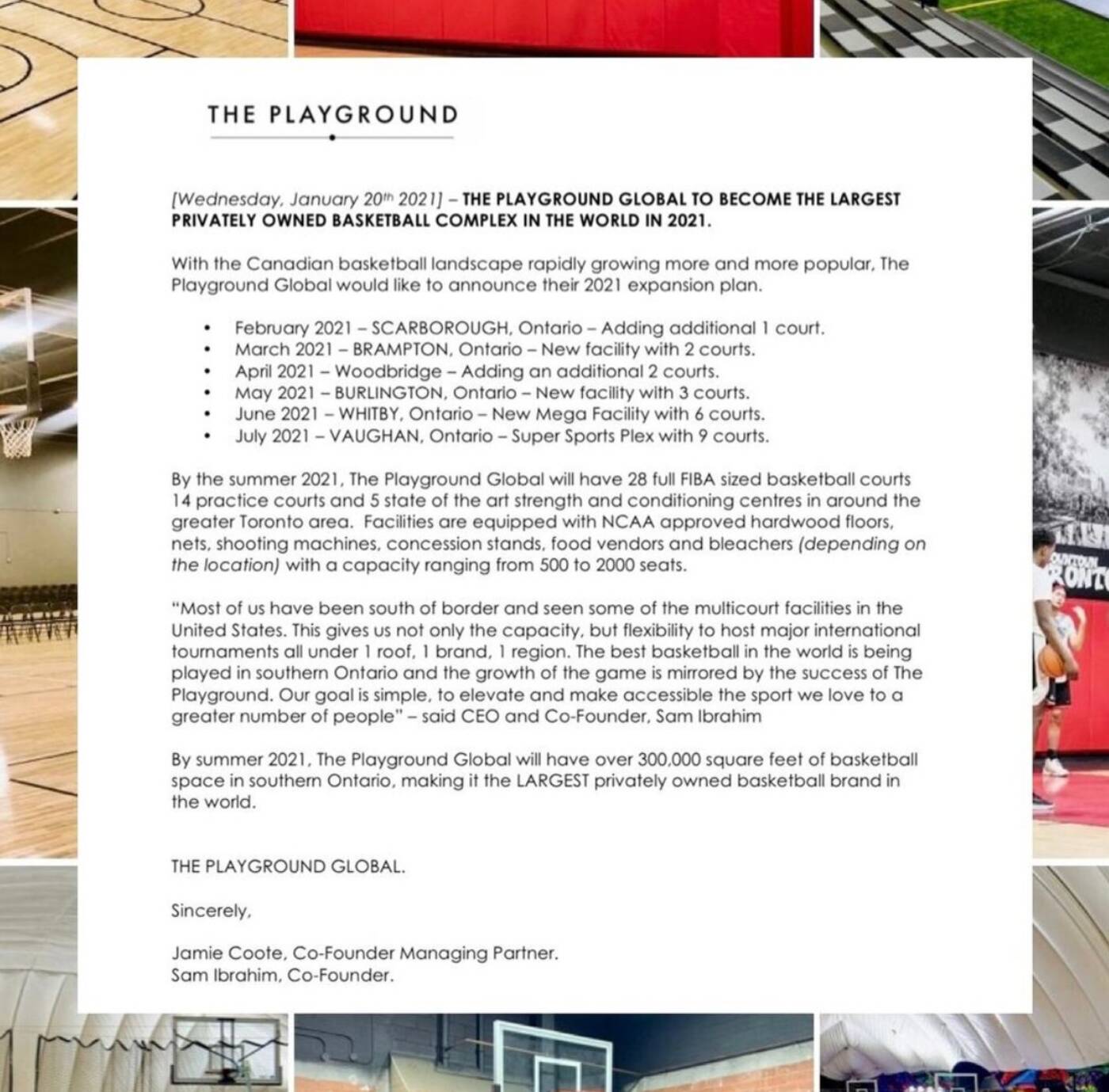 Its expansion will see new courts in Brampton and Burlington, a six-court, mega-facility slated for Whitby, and a Super Sports Plex in Vaughan with nine courts.

By July 2021, The Playground will have over 28 full FIBA-sized basketball courts, 14 practice courts, 5 state-of-the-art strength and conditioning centres.

Covering over 300,000 square feet across locations, The Playground will be the biggest privately-owned basketball brand in the world.

All their facilities will be equipped with NCAA-approved hardwood floors, nets, shooting machines, concession stands, food vendors, and bleachers.

Some locations of The Playground will have bleachers large enough to fit 500 to 2,000 people, says the brand.

The existing Scarborough location, which sits on the second floor of an old packaging company, has also expanded with an additional court.

"The best basketball in the world is being played in southern Ontario and the growth of the game is mirrored by the success of the Playground," said the Sam Ibrahim, a co-founder alongside Jamie Coote, in a press release.

The Playground in Scarborough reopened to high performance athletes on Monday under Toronto's move to the grey zone.

The Peterborough location is now accommodating four people per basket, with physical distancing and a limit of 10 people per court.