Lake Ontario is a popular spot that many frequent, but one man enjoyed the water a little differently this winter.

Robbie Andison went viral after posting a TikTok video of himself surfing at Bluffer's Park, which got over 93 thousand views in five days.

"I know that it’s pretty unique for people to see surfing in Toronto so I definitely expected there to be some views or hype around it, but not necessarily as much as it got," he told blogTO. 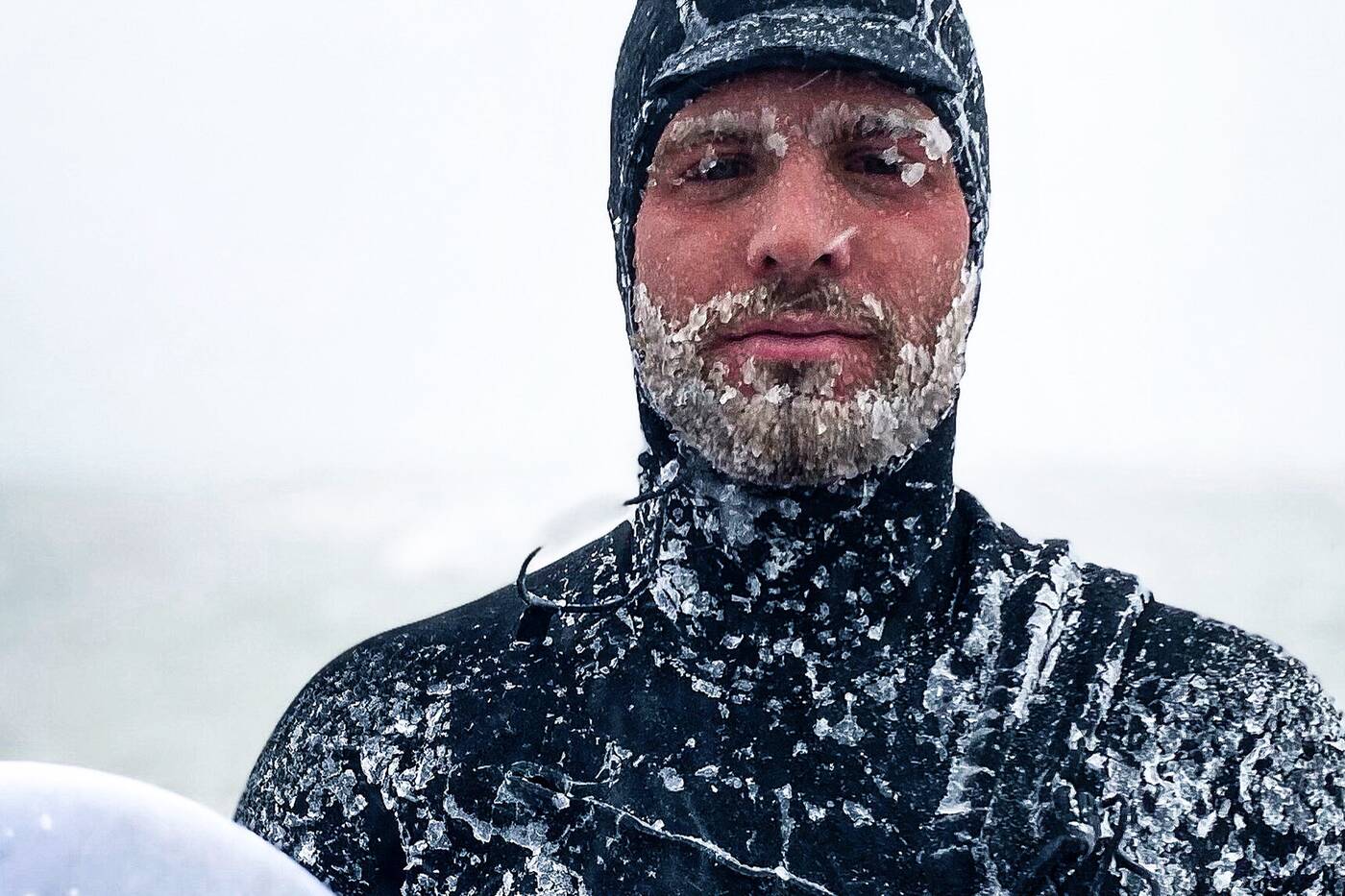 While Toronto, or even Ontario, may not be the first place that comes to mind when one thinks of surfing, it is popular amongst the lake surfing community.

Andison says that thanks to companies like Surf the Greats, the sport is becoming increasingly popular in and around the city. 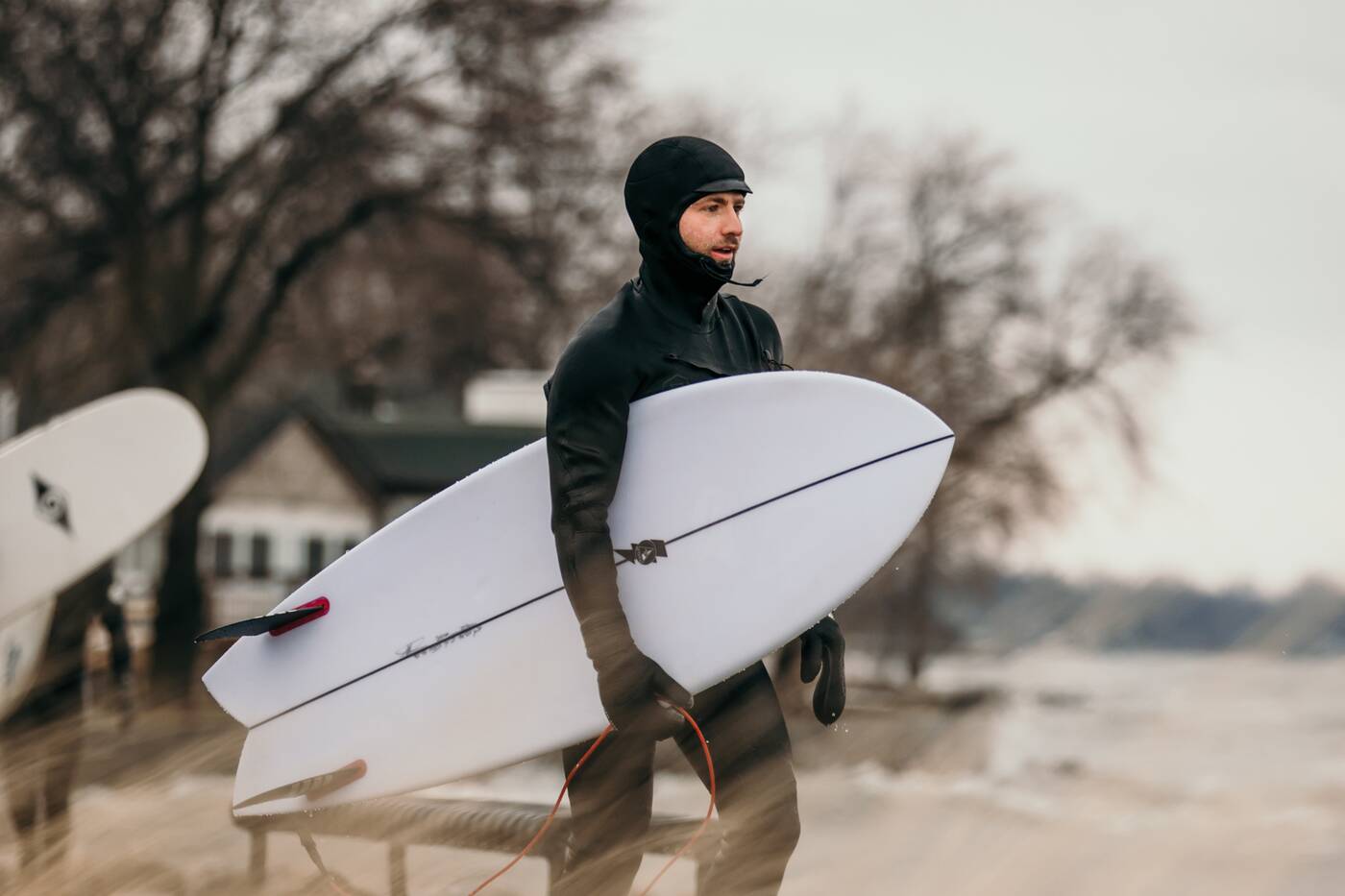 He often frequents Bluffer's Park, as well as Jack Darling Park in Mississauga and Lake Erie in Port Colborne. He tells blogTO that it really all depends on the winds.

"The best days are days that are brutal to the outside. It can be so cold with winds upwards of 70/80 kilometers per hour. That's when the waves are the biggest." 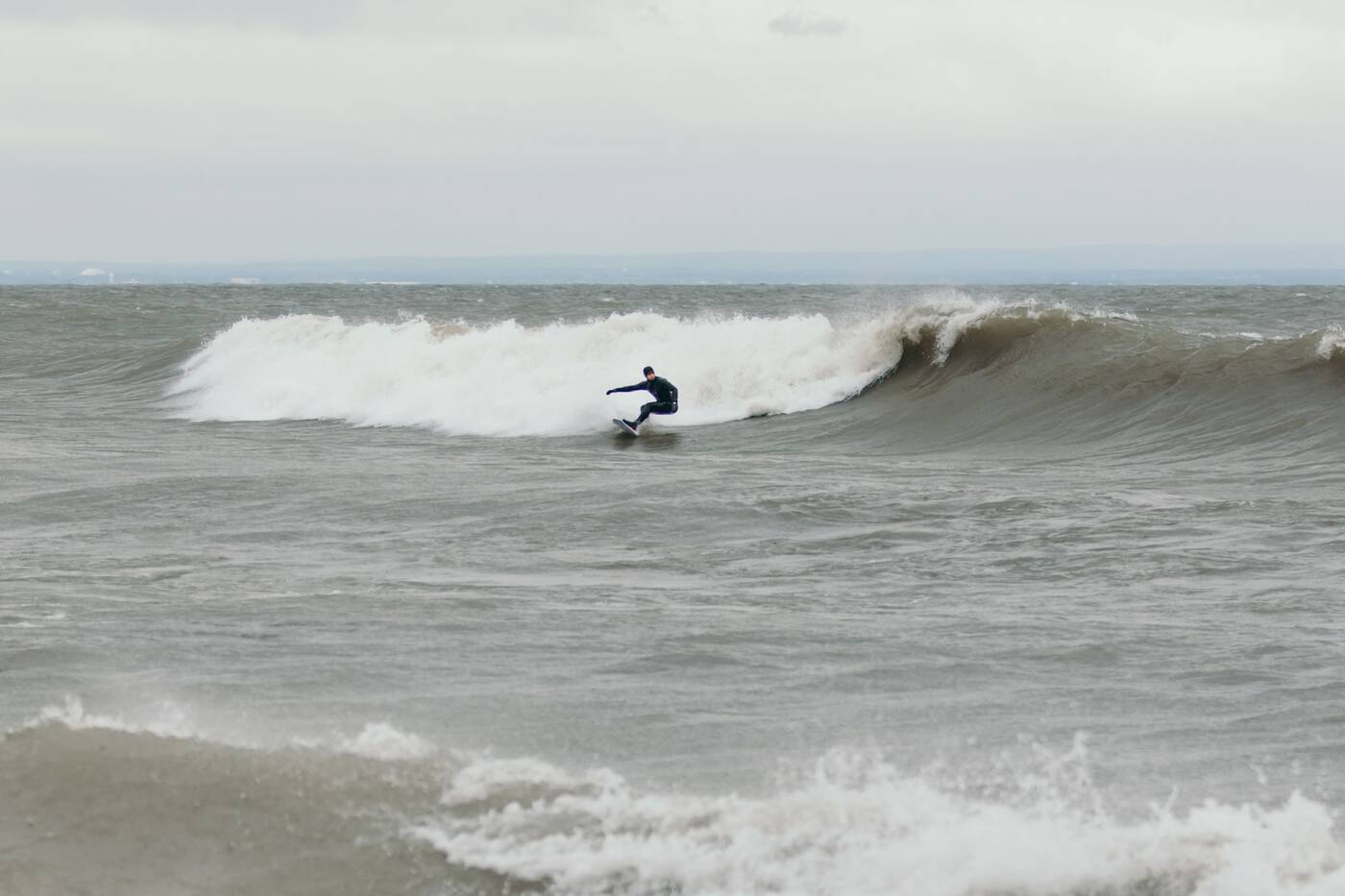 Of course, being out on the water in such conditions is bound to draw attention.

"You do definitely always generate a pretty big crowd especially in a spot like Toronto," said Andison. But he also added that if the weather is really bad, not too many people stick around to watch. 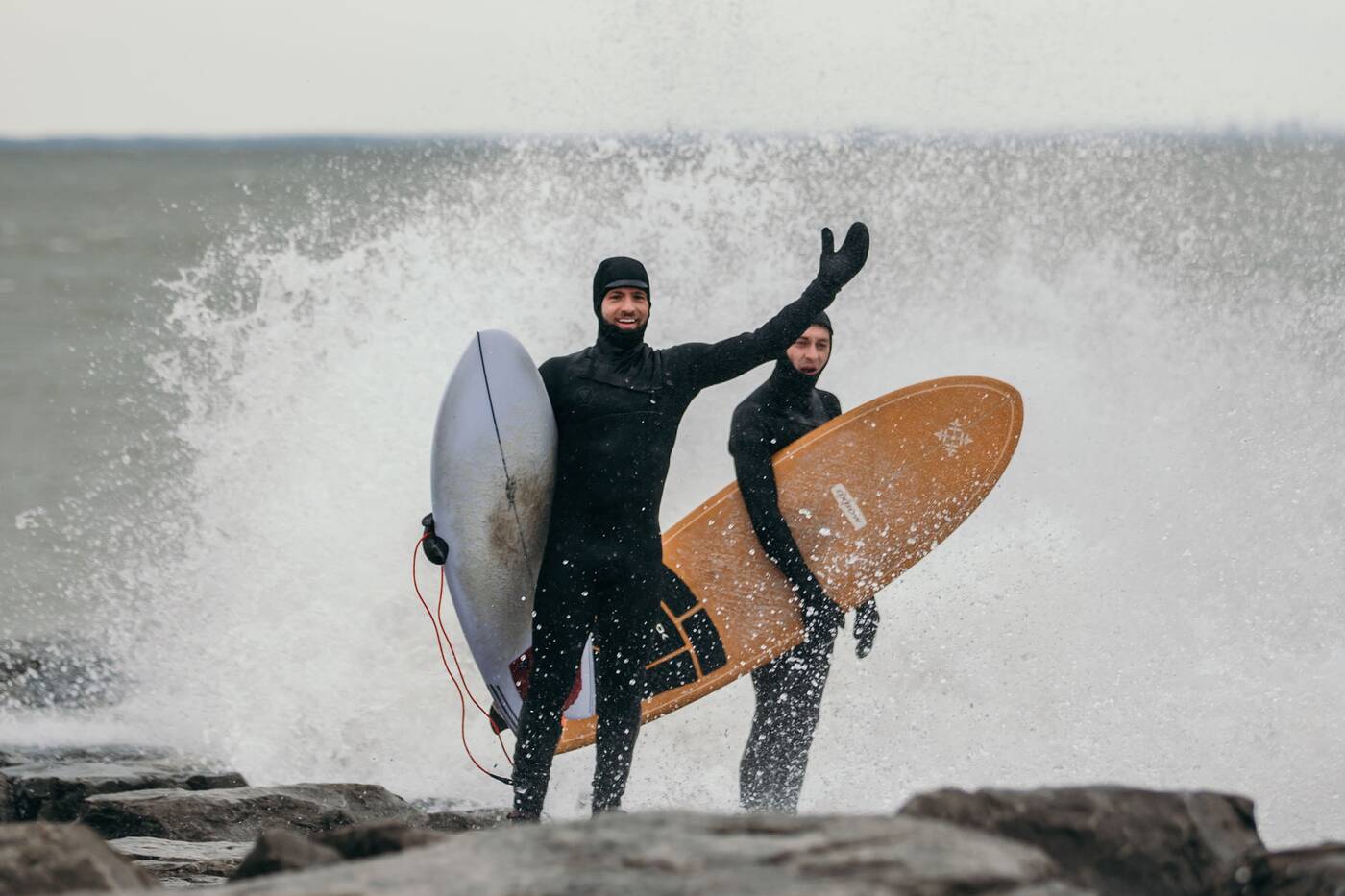 Toronto has a community of lake surfers who travel around the GTA to find waves. Photo by Rob Anzit.

The 23-year-old Oakville native is no stranger to the spotlight, though. Andison was a competitive mogul skier who retired just last year. He was on the World Cup tour and the Canadian ski team for the last five years. 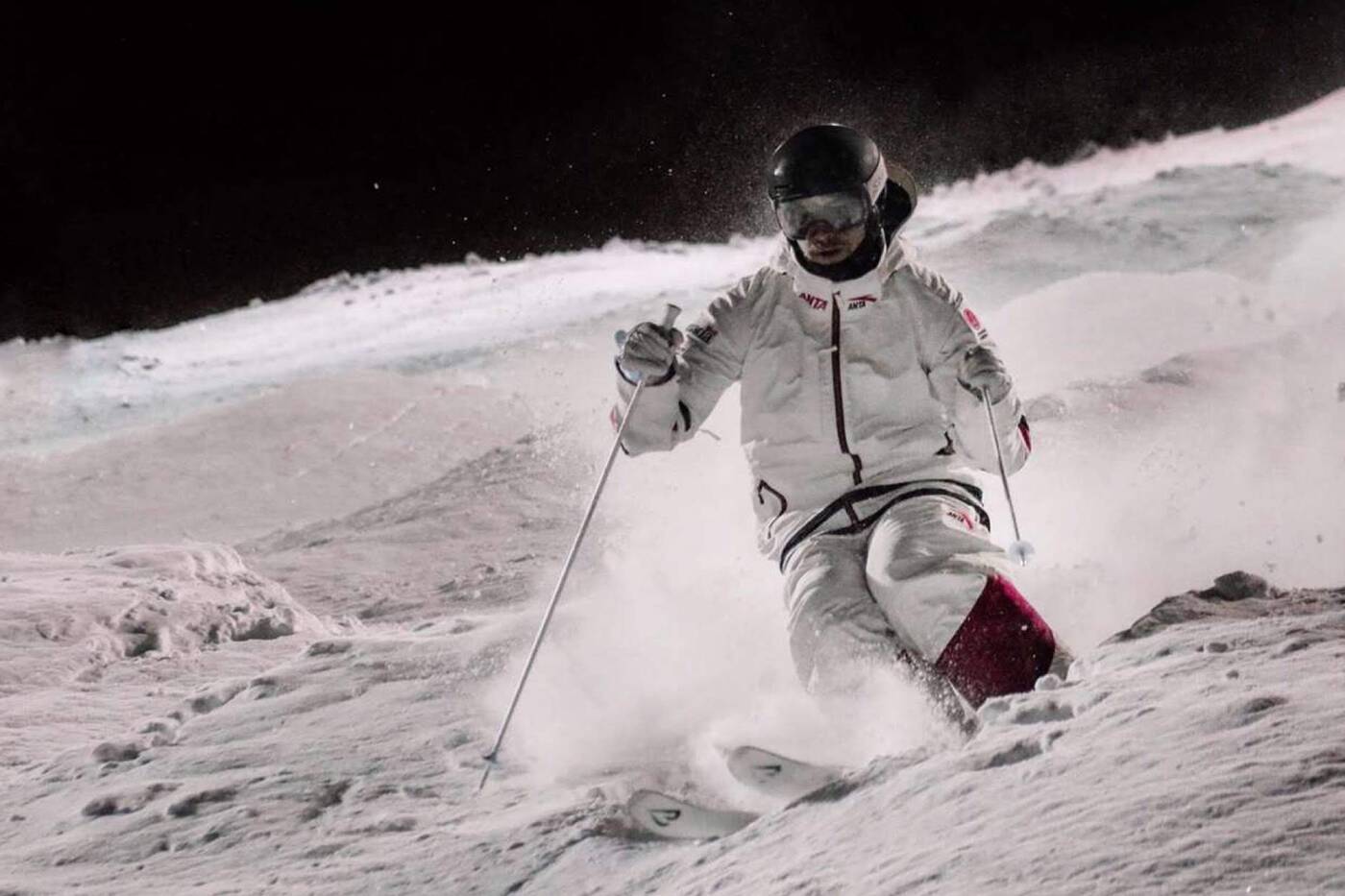 It was actually during his travels for skiing that he fell in love with surfing. When he would visit countries like Australia, Andison would go on little surfing trips after training. It was only last year that he discovered that you could surf on the Lakes. 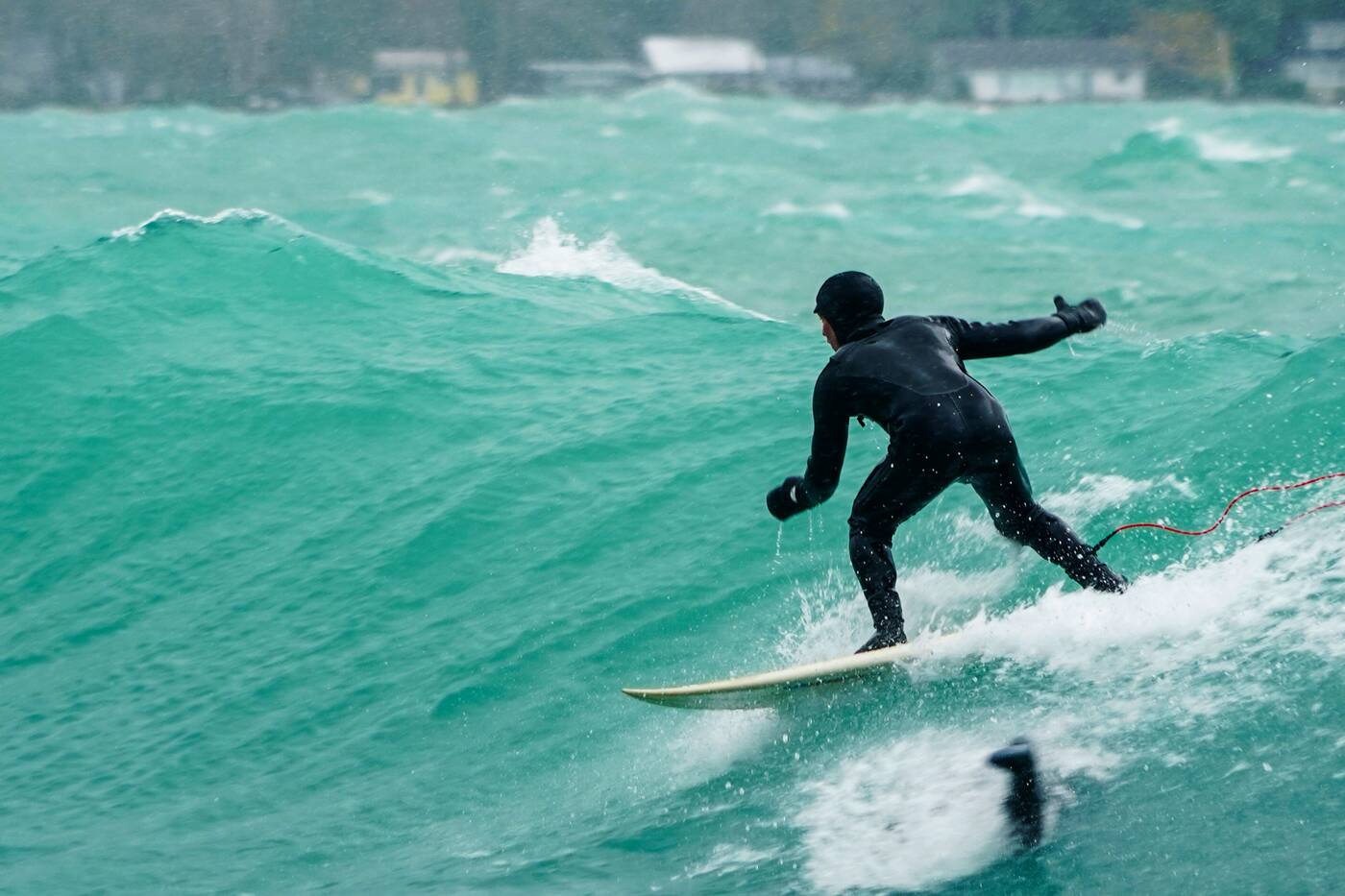 "When everything was shut down the first time because of COVID, one of the only things I could really do was go out surfing. I found myself improving quickly. In a way, it's similar to skiing because you have to learn to balance," he said. 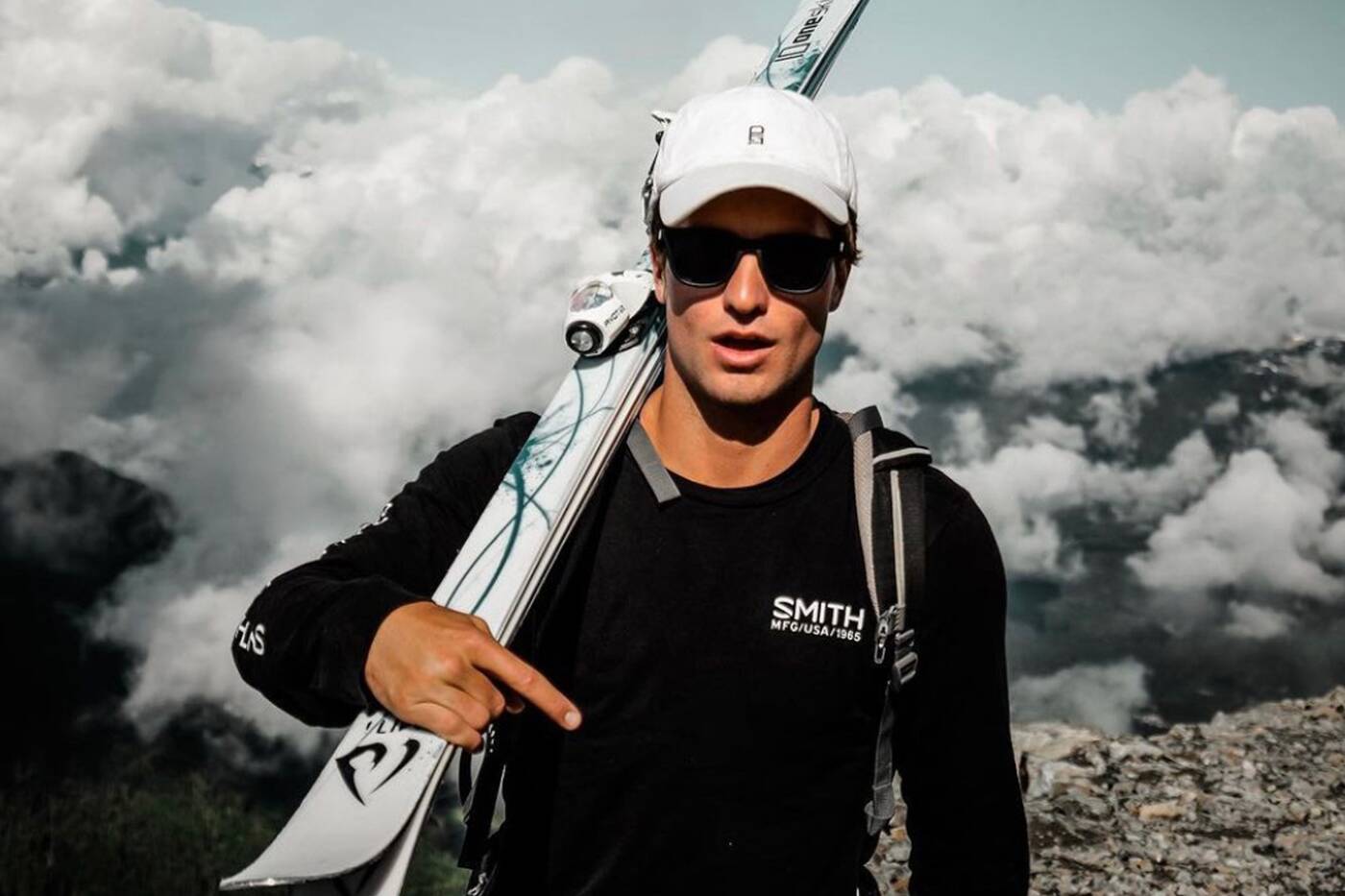 There was actually a time that Andison thought he would never walk normally again, much less do something like this. Originally his plan was to have a longer skiing career, but an accident in 2015 left him with a critical knee injury. 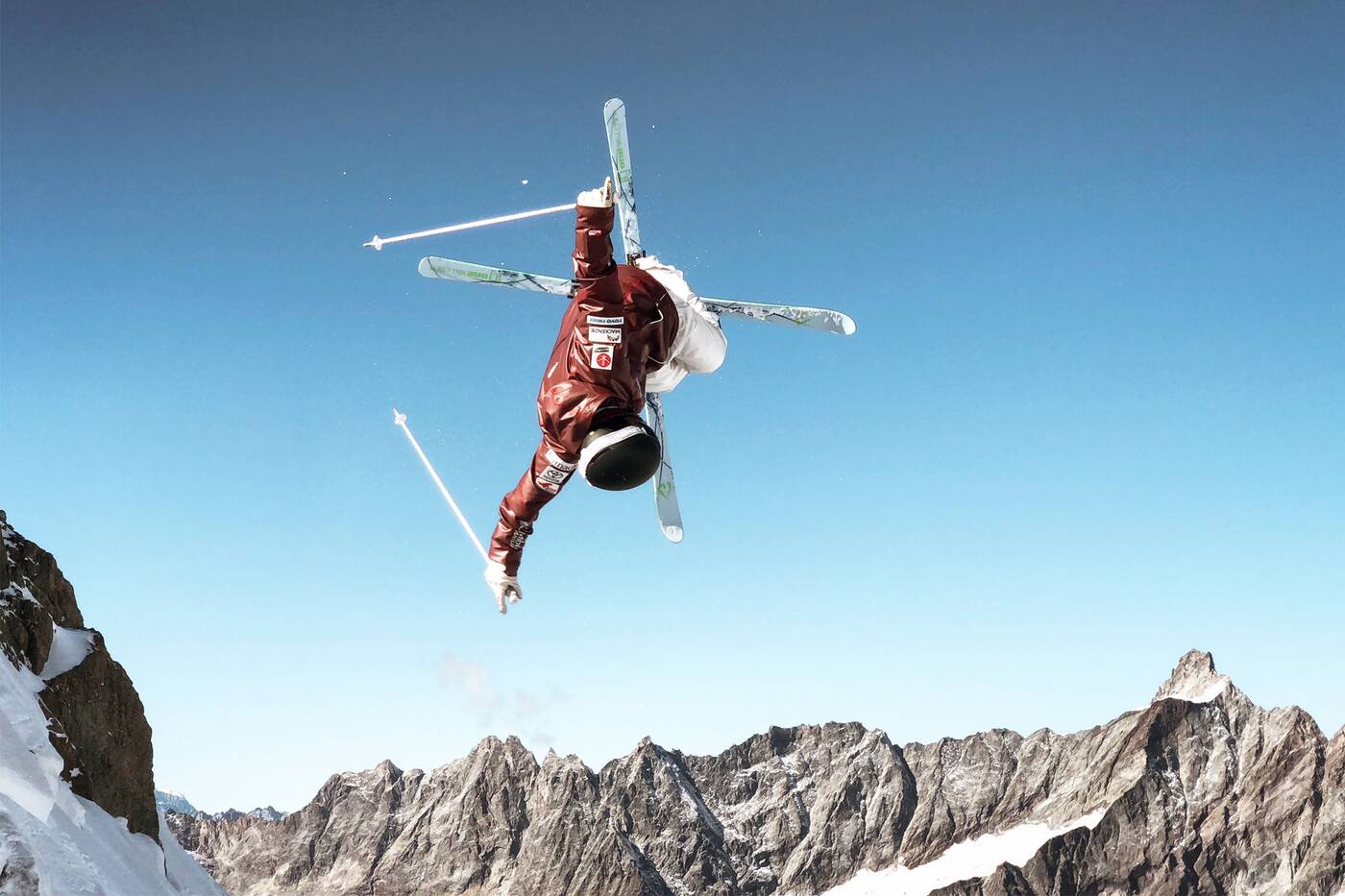 "I tore my ACL, MCL, TCL, LCL, patellar tendon and pretty much every muscle and small ligament around the knee as well. I was actually told I would never have a proper walking knee again, and I would never ski. So I've definitely come a long way from that," he said. 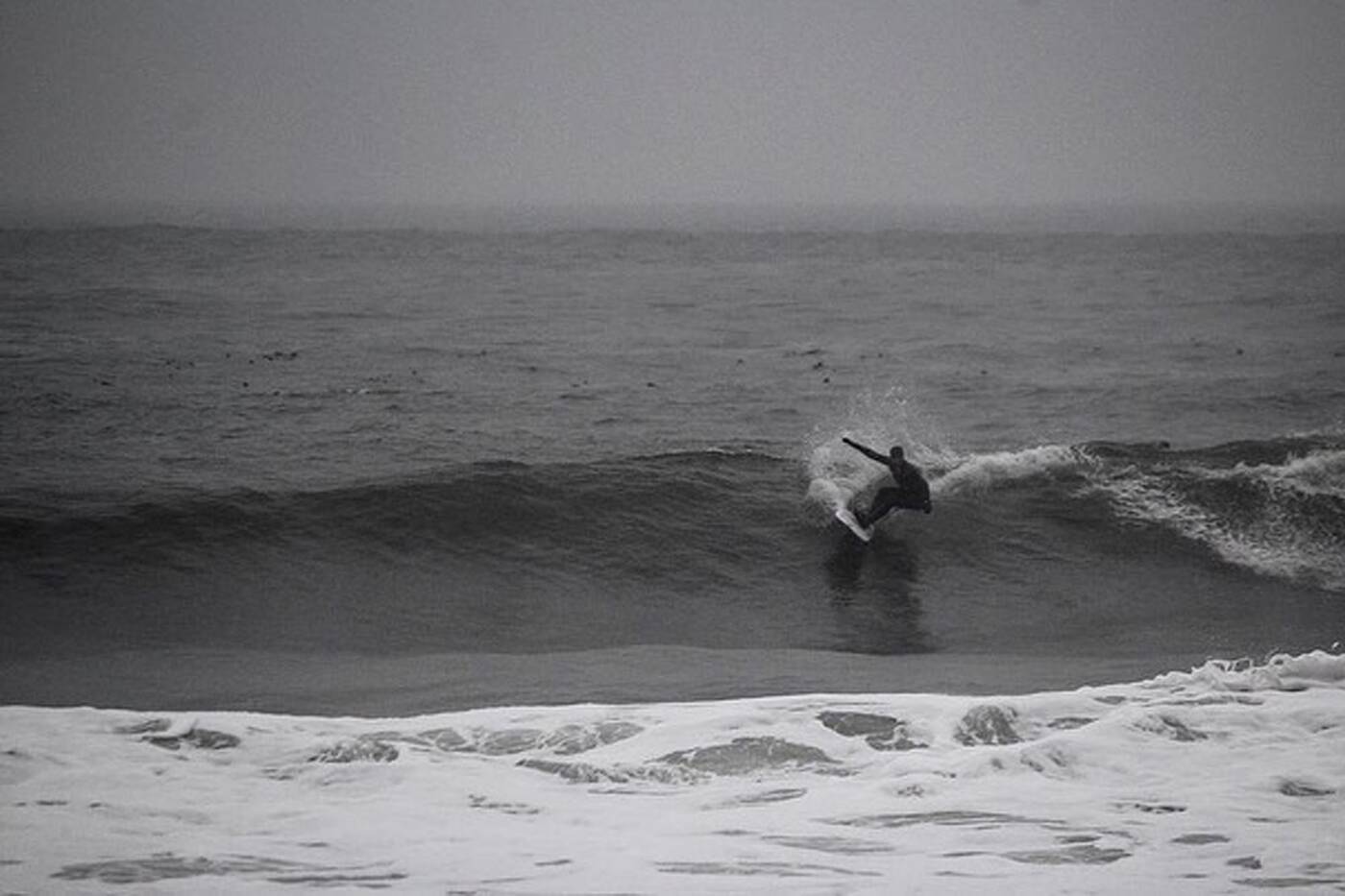 As for surfing, Andison doesn't plan on making a career out of it. Instead, he will be going to school for aviation in hopes of becoming a commercial pilot.

"I wouldn't say surfing is the priority for the rest of my life. I definitely want to get a normal person job. Surfing is more of a hobby to do when and where I can," he said.