The Scarborough Bluffs park and beach are an ideal summer retreat

The Scarborough Bluffs, more fondly referred to citywide as the Bluffs,  is a towering escarpment that runs for 15 kilometres along Toronto's eastern portion of the waterfront.

This east end getaway is perfect for full day of fun in the sun. 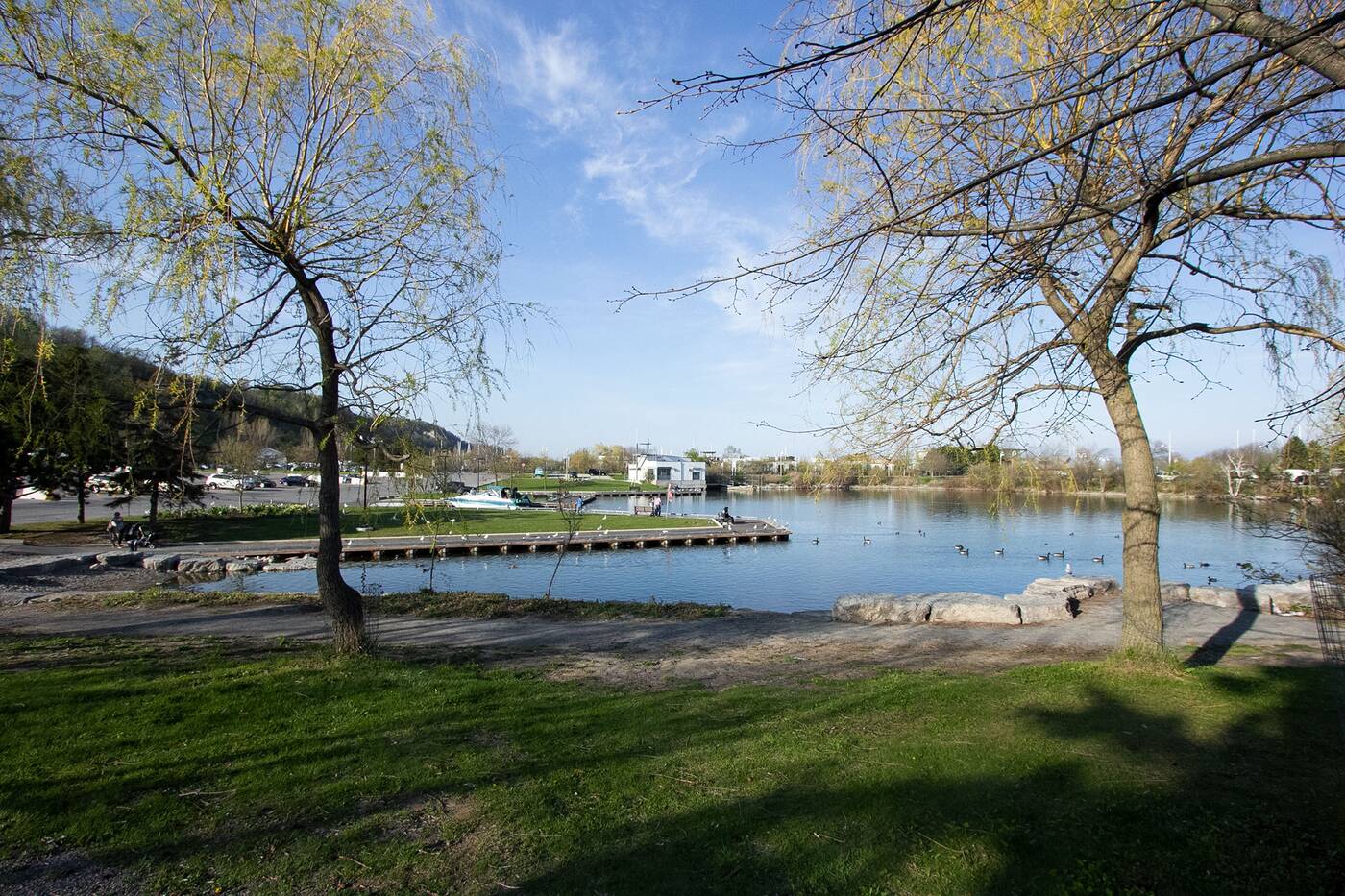 The most frequented area of the Bluffs is Bluffer's Park, which has a marina, picnic benches and trails.

If you're accessing the Bluffs via TTC, take the new 175 Bluffer's Park bus that runs between Kennedy Station and Bluffer's Park Beach every 15 minutes during the daytime and early evening, on weekends and holidays.

Otherwise, expect a 25-minute walk from Kingston Road if you're taking a bus from Victoria Park subway station or the Scarborough GO stop.

It's a worthwhile trip: with nine parks lining the escarpment, one beach and tons of nature to explore, a day at the Bluffs is a guaranteed day well spent. 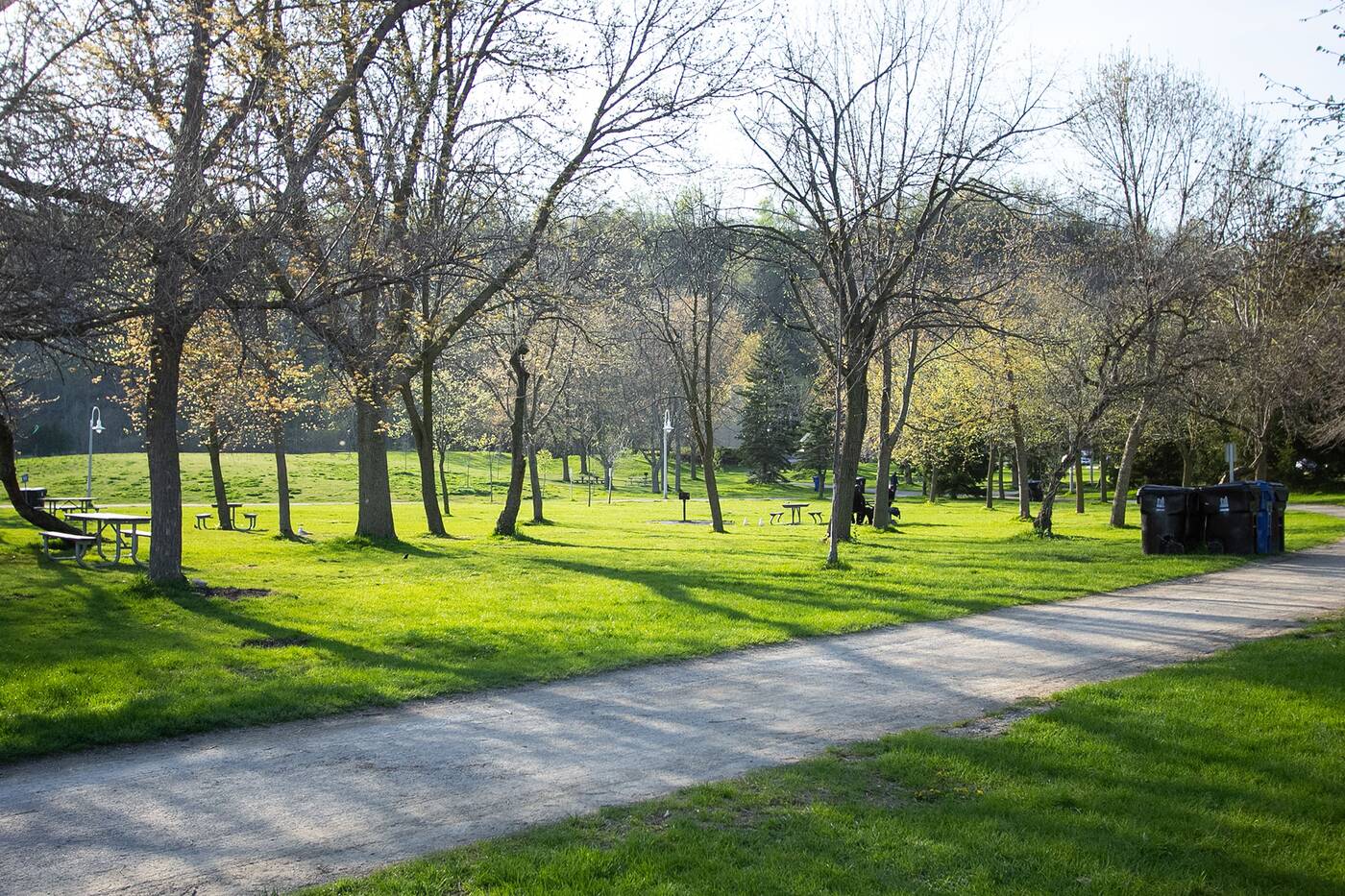 Bluffer's Park is a good spot for picnics and large weekend get-togethers.

Starting at the southern point of Victoria Park Avenue and continuing west between Kingston Road and Queen Street East, the escarpment (which, sadly, is slowly eroding) is full of secret paths, fire pits and picnic tables that draw in families big-time during the hot months. 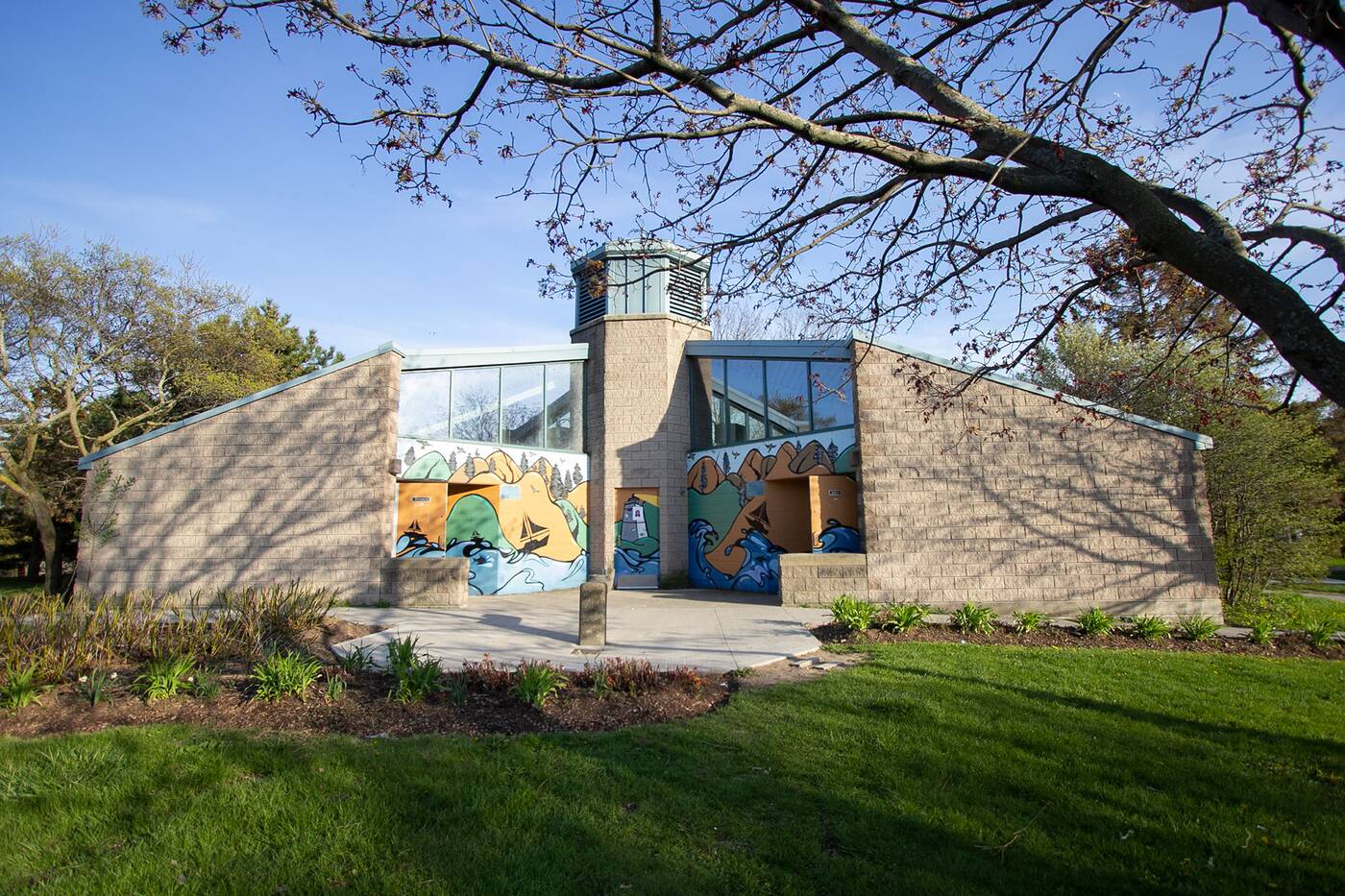 There are washroom and change room facilities available right at the entrance to the park.

There's no shortage of places to explore here and you'll likely continue to discover new spots and lookouts after a handful of visits.

If you're looking to start off with impeccable views, trek to the top of the Bluffs to visit Scarborough Heights Park further west along the shore, or to Cudia Park and the lookout atop Cathedral Bluffs. 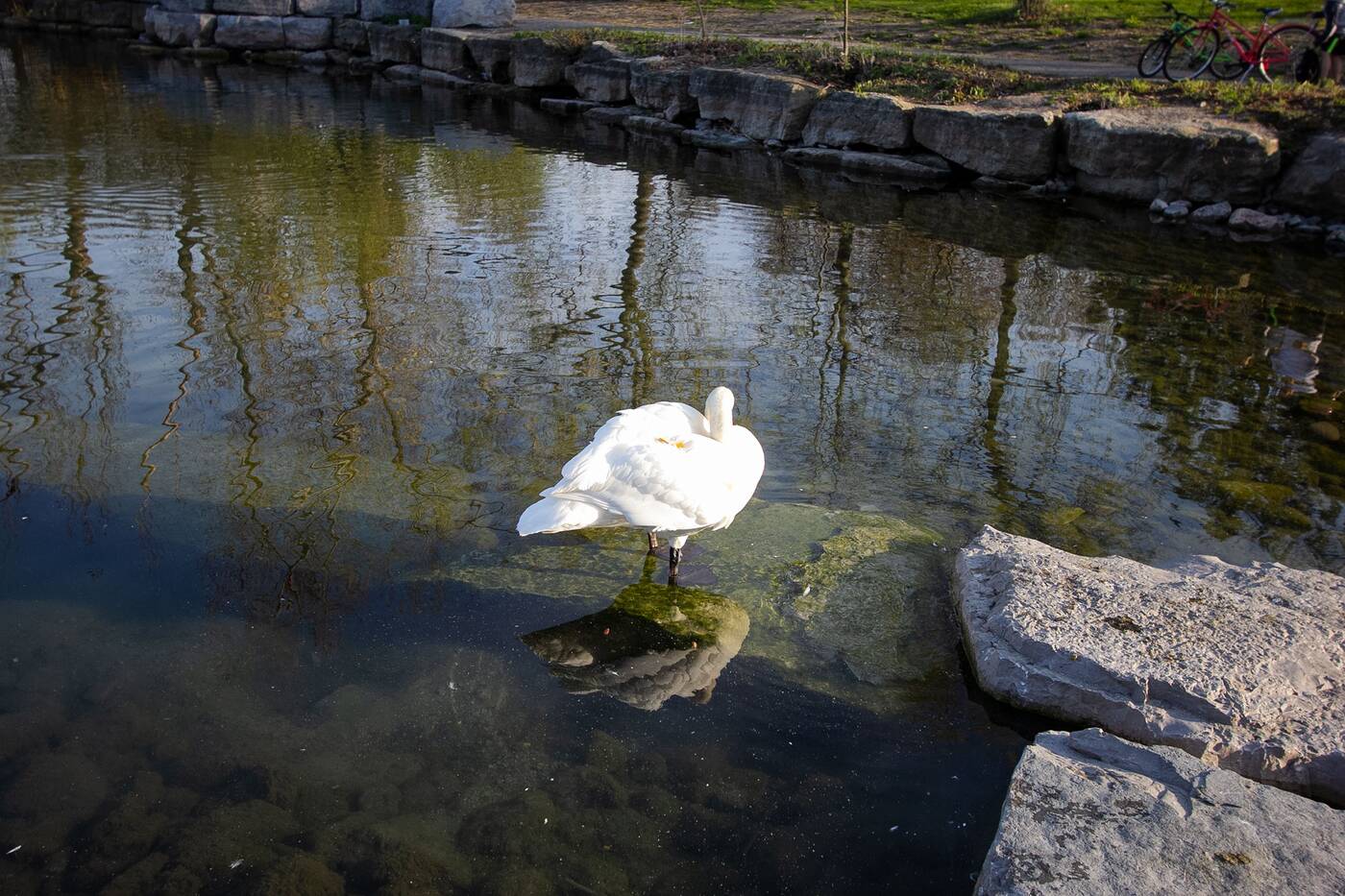 You'll likely see ducks and swans in the water by the Bluffer's Park Marina.

For something less physically strenuous, visiting the main drag of the Bluffs is a good idea if you've never visited the area before and want to get a gist of what it's all about. 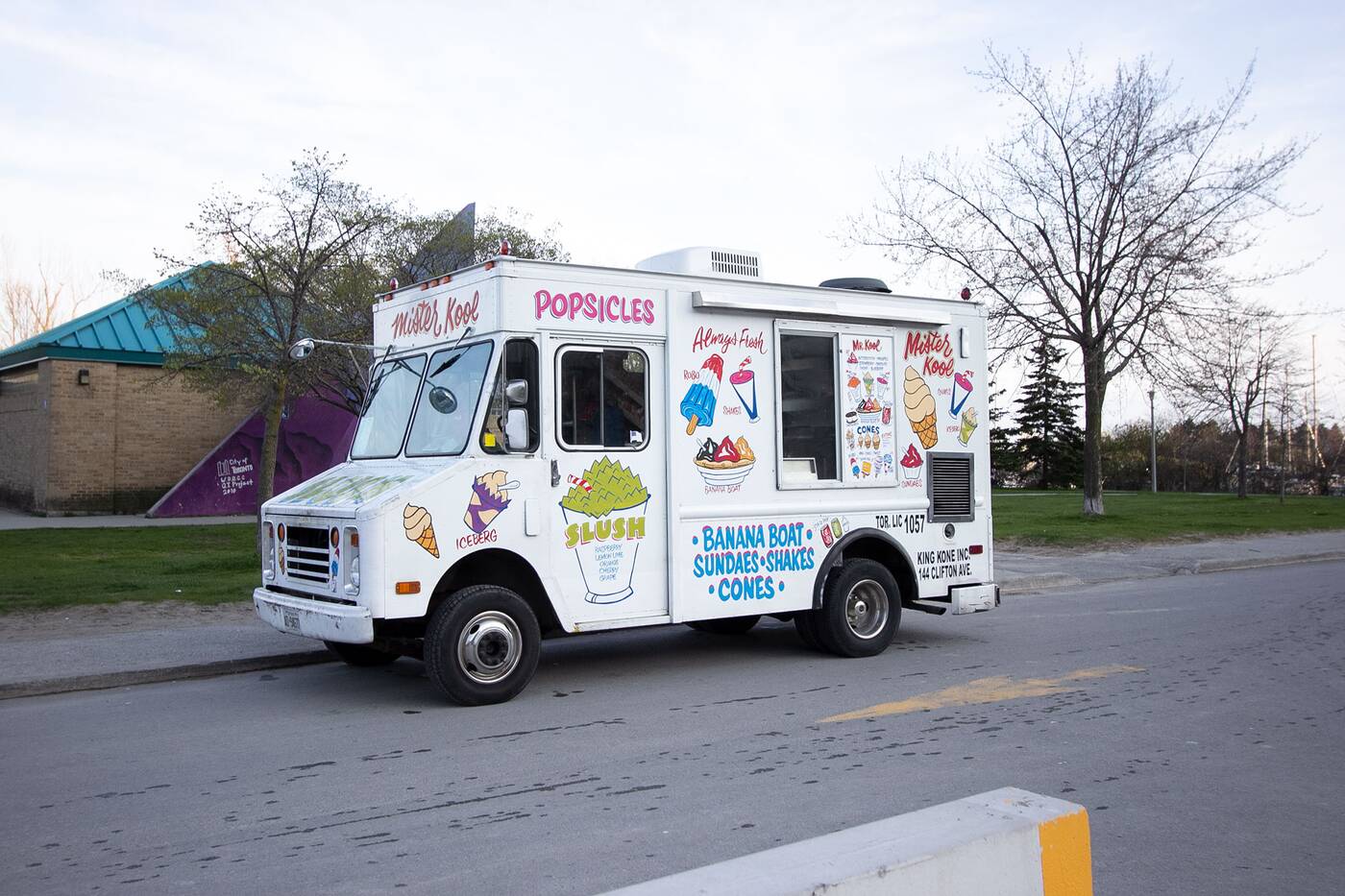 The ice cream truck in the parking lot at Bluffer's Park is a kid's dream come true.

While the hills descending down into the entryway to Bluffer's Park are treacherous enough, I strongly suggest being extra cautious of small children dashing through the parking lot. 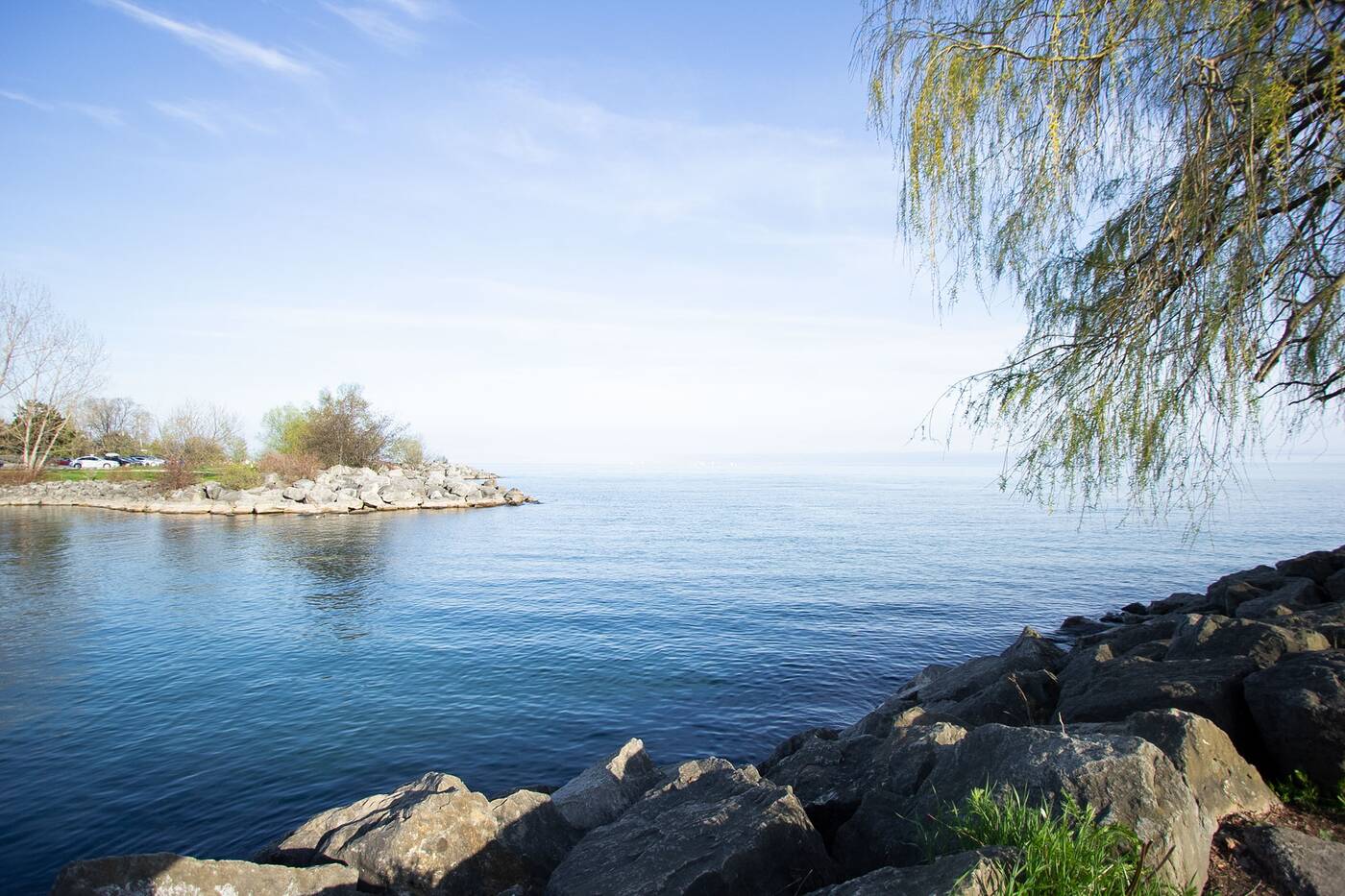 The shore is lined with rocks and trees to prevent further erosion of the Bluff's base.

Here your access to the water is lined with massive rocks and willow trees that are partly there to barricade visitors from jumping into the water, but largely to help stop erosion along the base of the Bluffs. 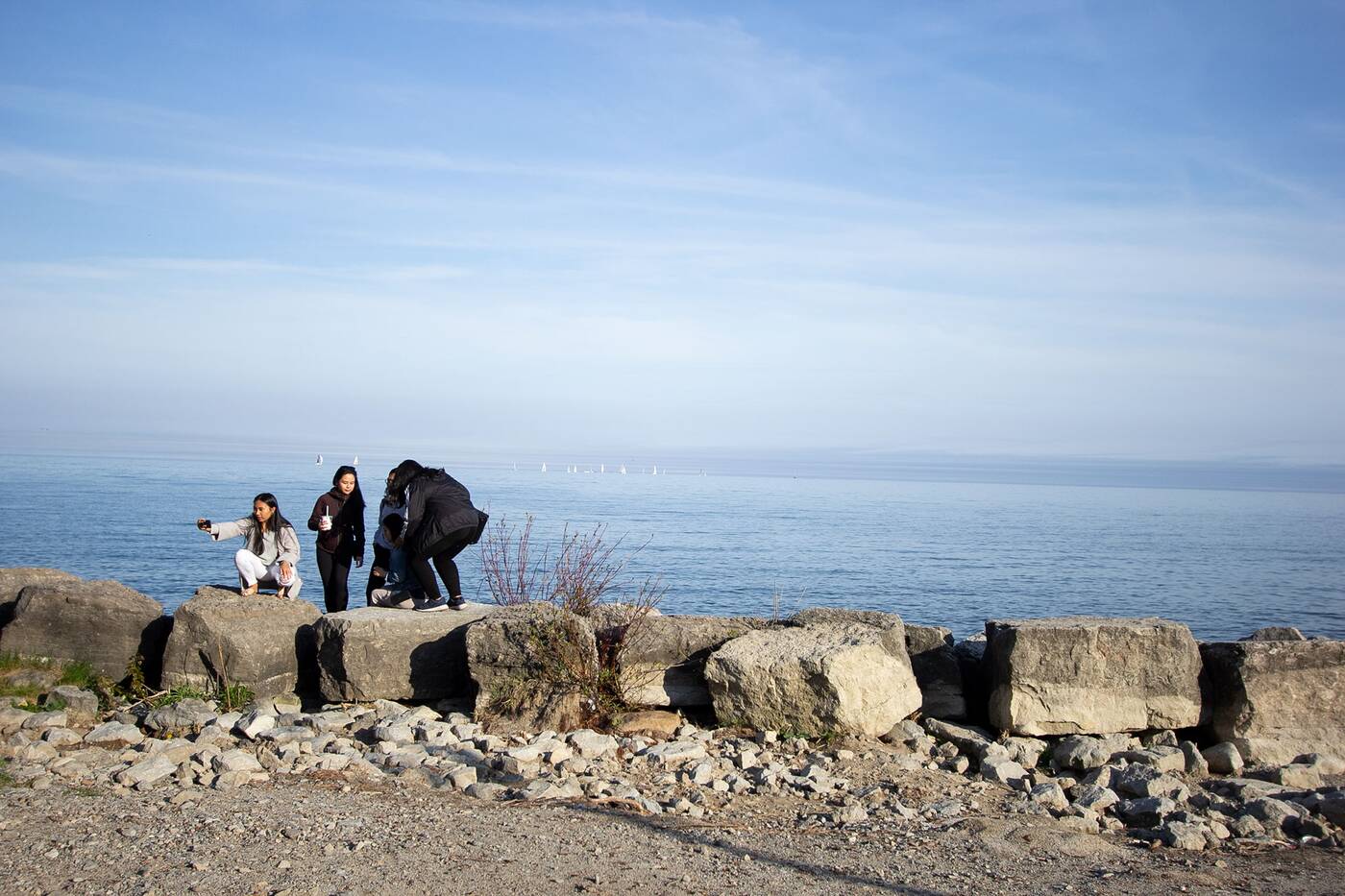 The rock-lined area by the water is a popular spot for selfies and group photos.

The stunning skyline here makes for perfect photo ops and you can walk further west along the shore, eventually hitting the little peninsula area that includes Bluffer's Sand Beach. 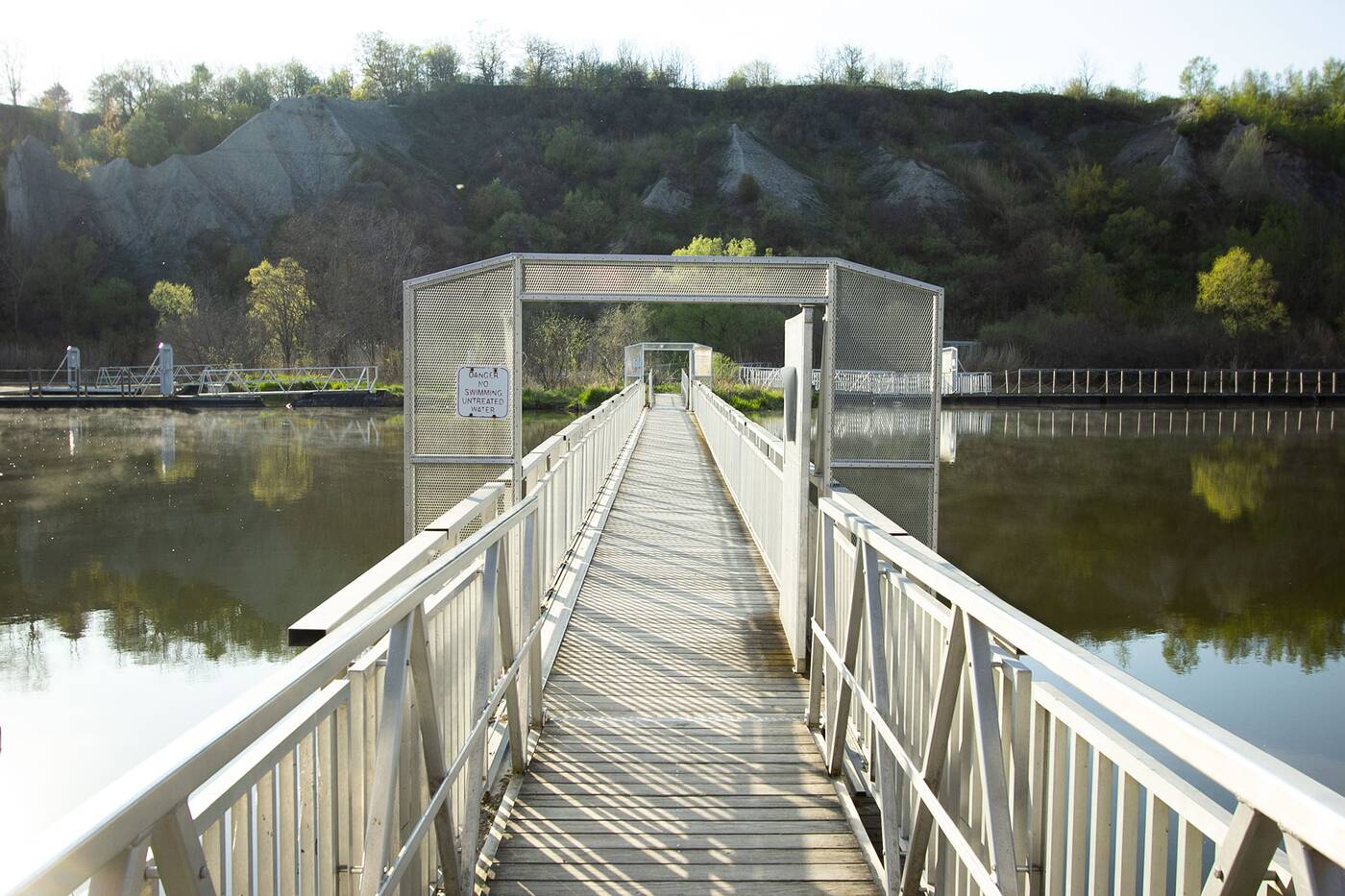 A bridge further inland leads you across a small lake toward the escarpment.

One of the best parts of this area is stumbling on a series of bridges that lead you across some beautiful ponds — built for storm management — further inland toward the escarpment. 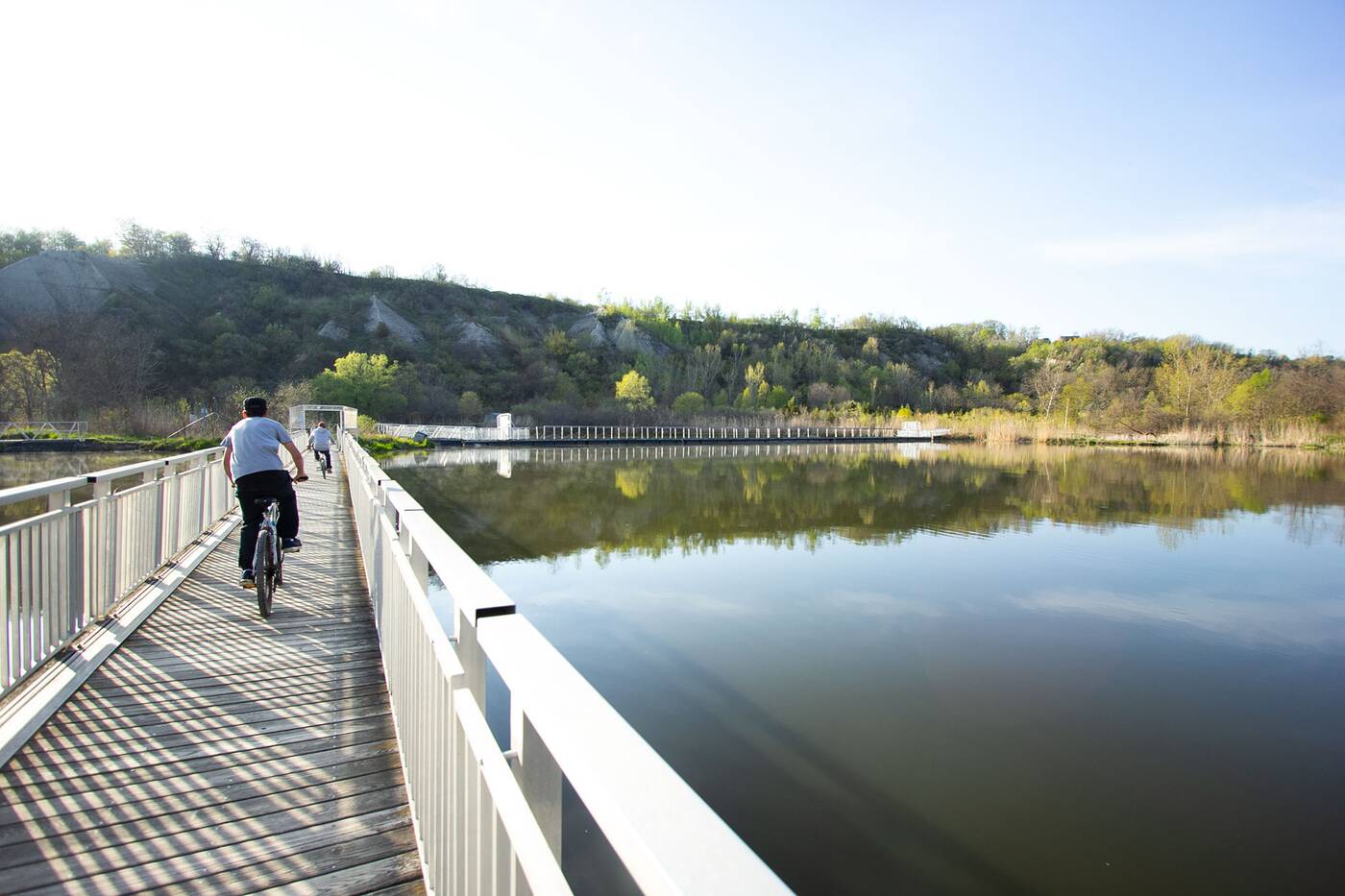 The water in this small lake is untreated, which means no swimming here.

It's untreated and there's a slight smell that comes from the still water, depending on what time you go, but the serene beauty of this area will hold you for at least a few moments of silence on this bridge. 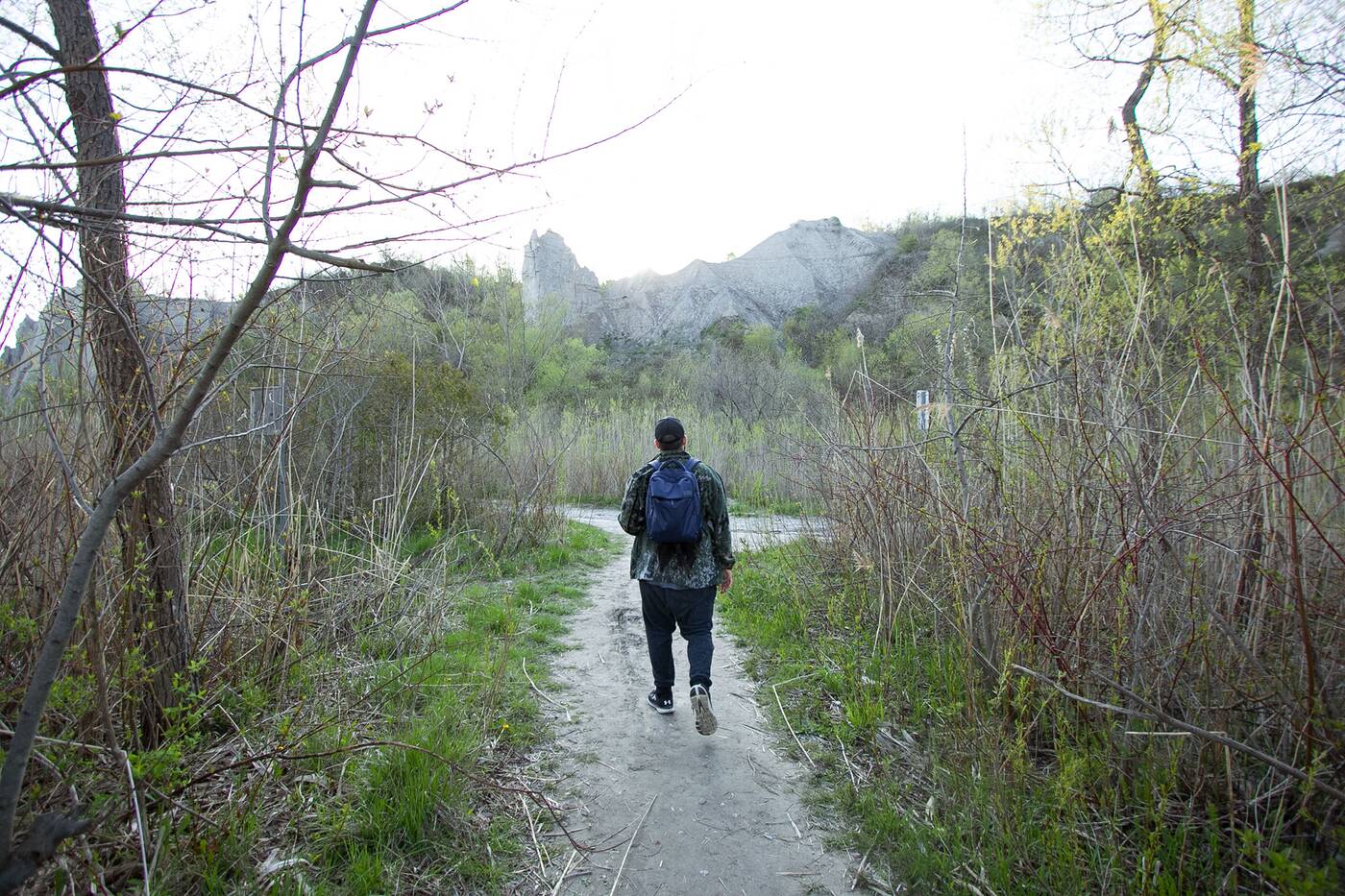 The path leading from the bridge takes you to a trail that loops back around to the parking lot.

After crossing, you'll find yourself on a secluded walkway that will lead you to a trail that loops around back to the parking lot. The trails here are easy to traverse and safe if you watch your footing, although sections closer to the escarpment base are at risk of landslides on rainy days. 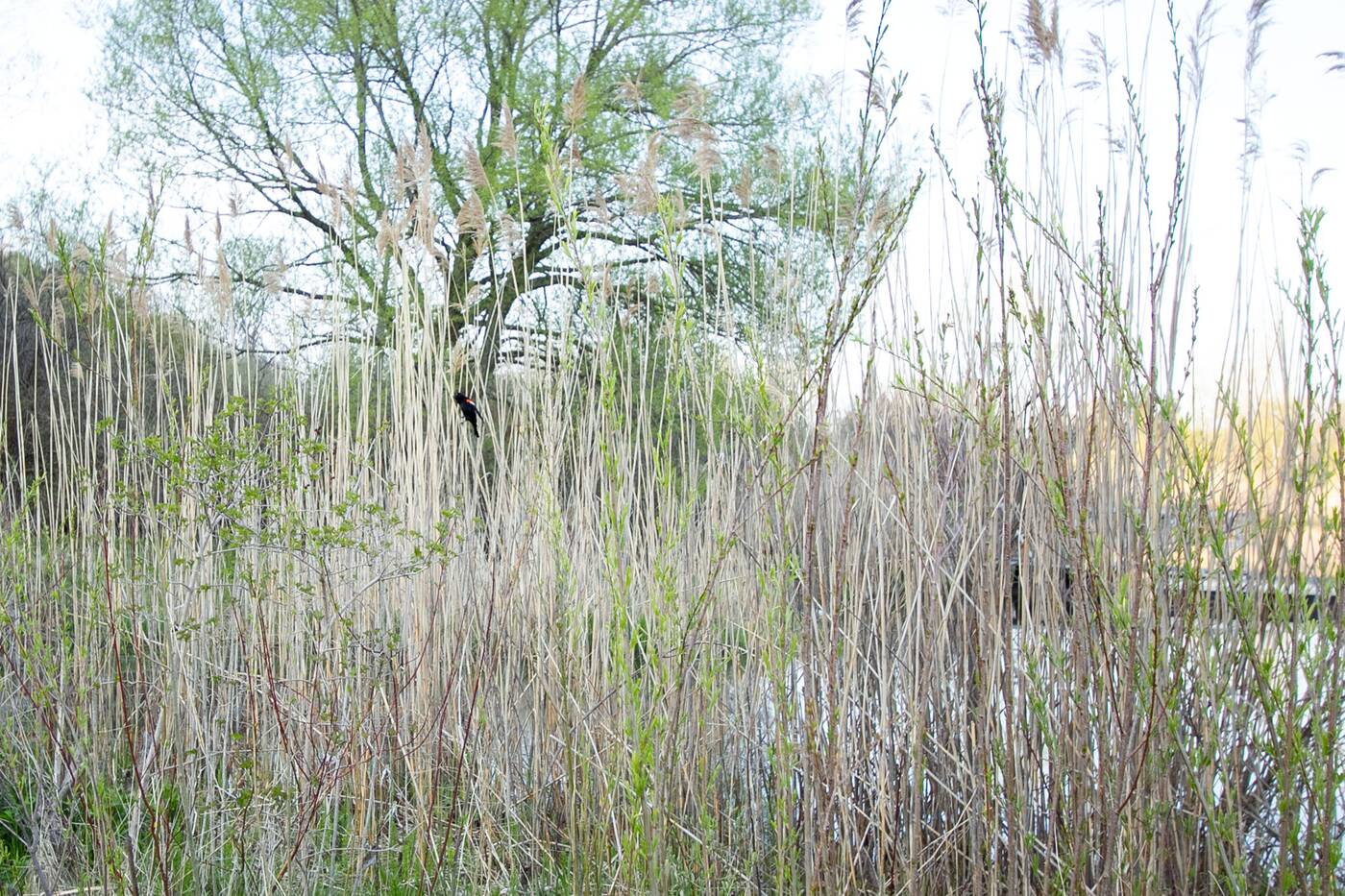 Red-winged blackbirds are common here since this species is attracted to rivers and marshes.

While ducks and swans are plenty in the area closer by the parking lot and the Bluffer's Park Marina (where you can also grab a bite to eat) these quieter sections are home to an amazing number of beautiful red-winged blackbirds — a rare sight for the city eye.

You'll see plenty of them swooping through the bushes and trees. 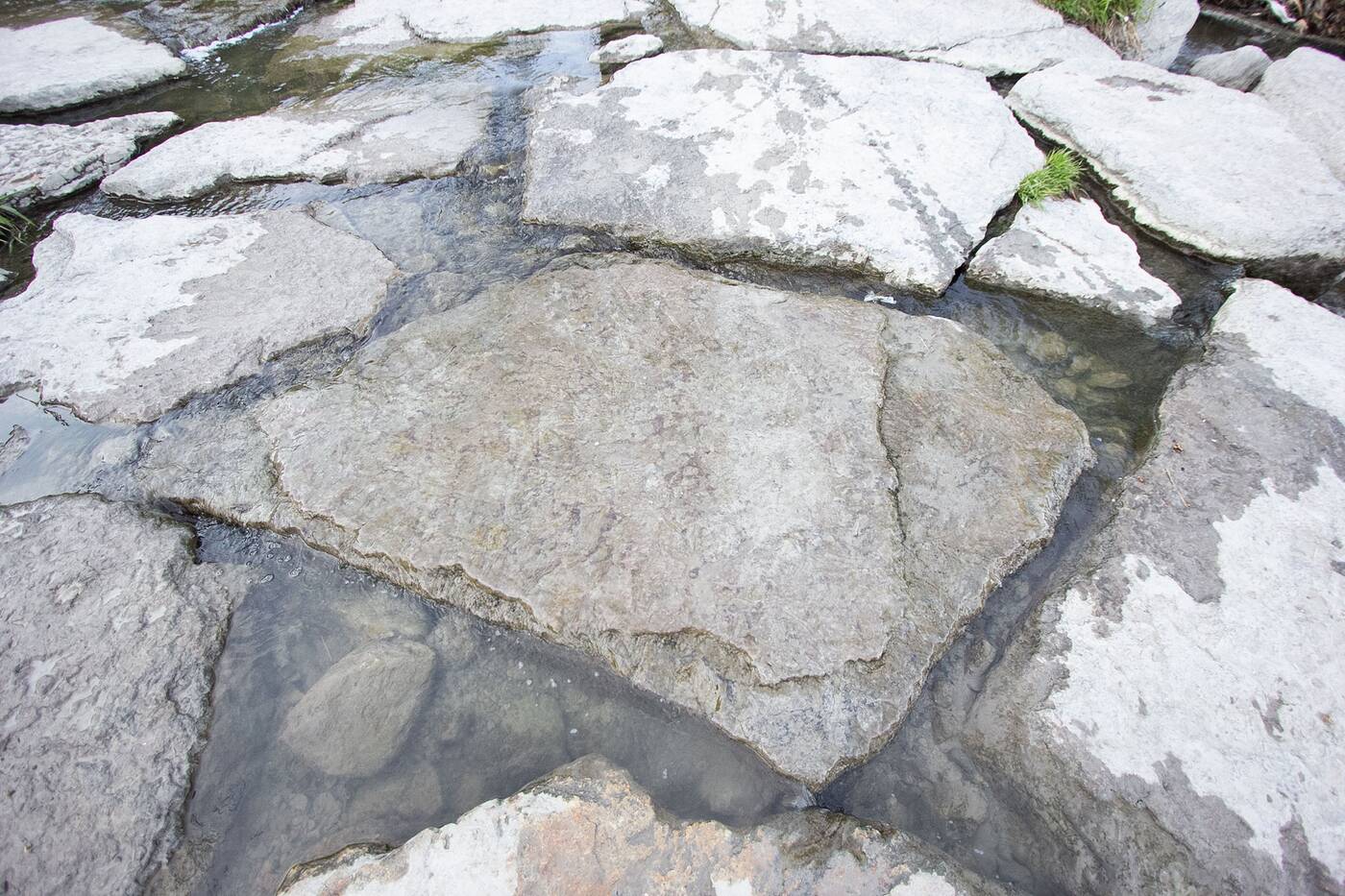 Continue walking northeast and you'll eventually pass a waterfall that runs through a man-made path of rock slabs, which you'll have to cross over to head back toward the Bluffer's Park parking lot. 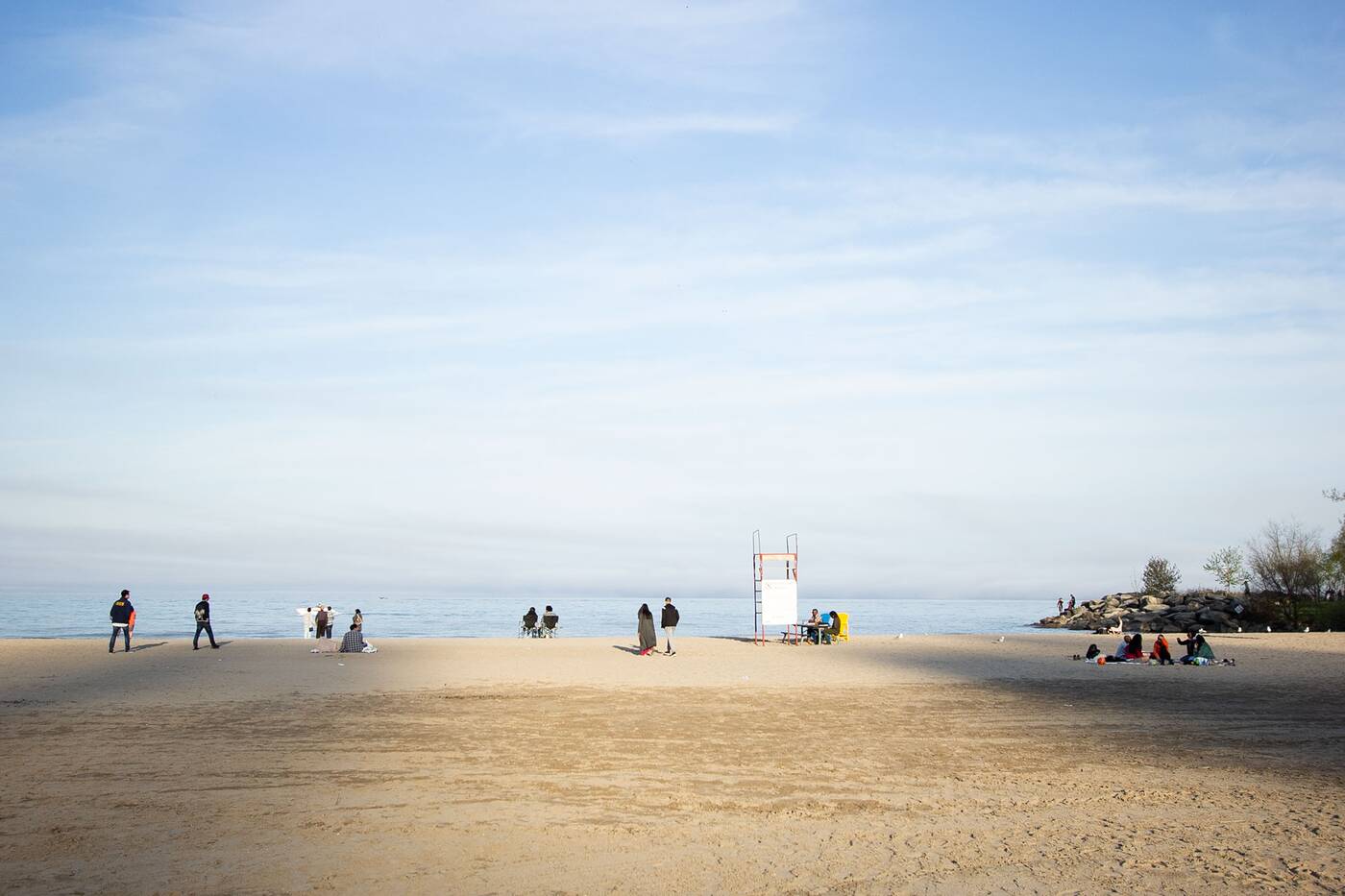 Bluffer's Park beach is the perfect spot to spend a day in and out of the water.

After completing Bluffer's Path, you can either drive or walk further northeast — just follow the road past the yacht club — toward Bluffer's Park Beach, the only one in the area. Again, you'll find a spacious parking lot here that gets filled up during tanning season. 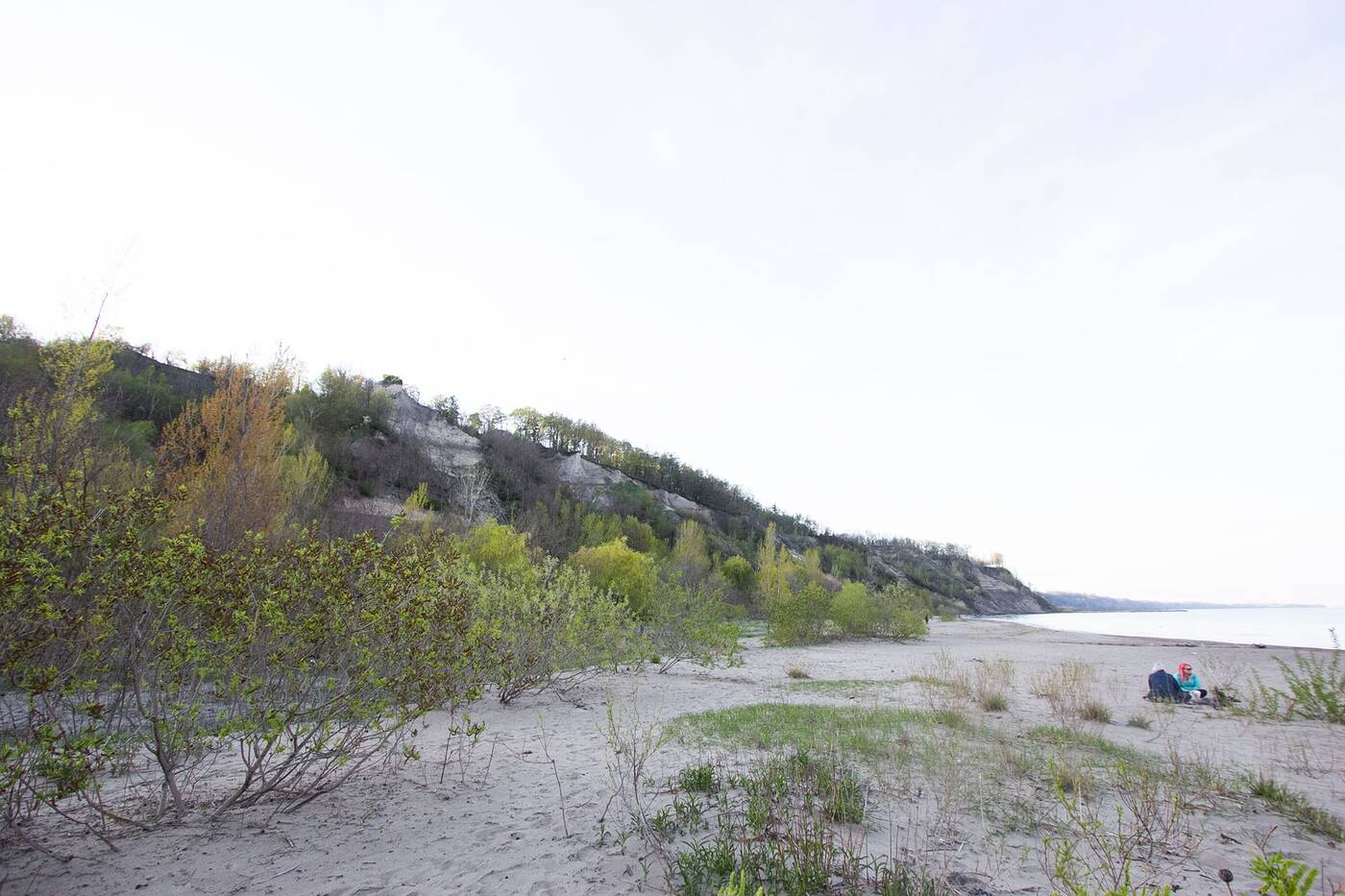 The sand here is soft, not like the painfully rocky Woodbine Beach. Bound in by the Bluffs, there's a more secluded, intimate feel here where you can spend at least a few hours here lounging in the sun. 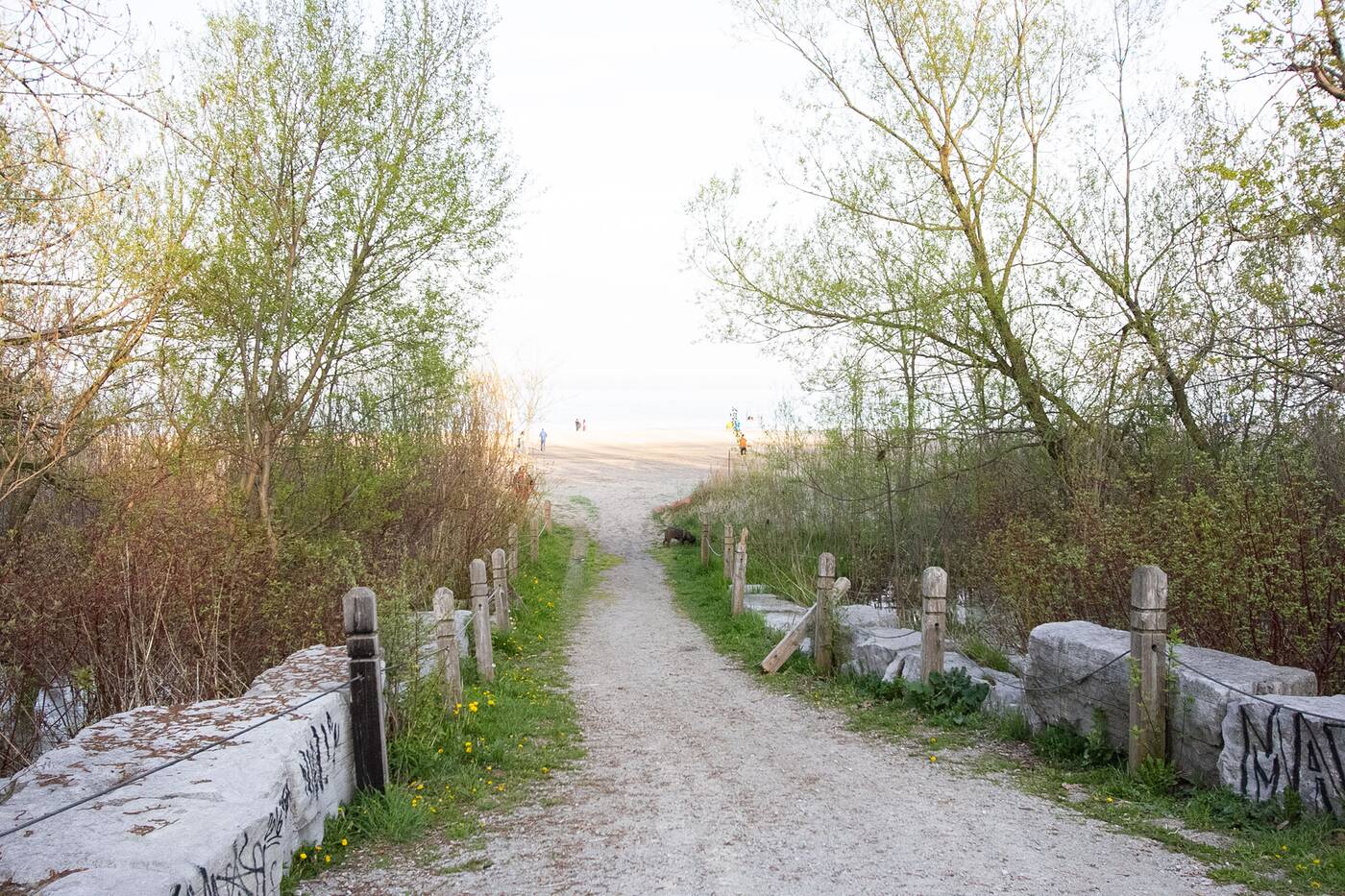 Small trails will lead you off the beach and on to a separate path going parallel to the waterfront.

If you're more in the mood for walking, enter the trail that runs along the beach via one of several tree-lined paths leading away from the water. 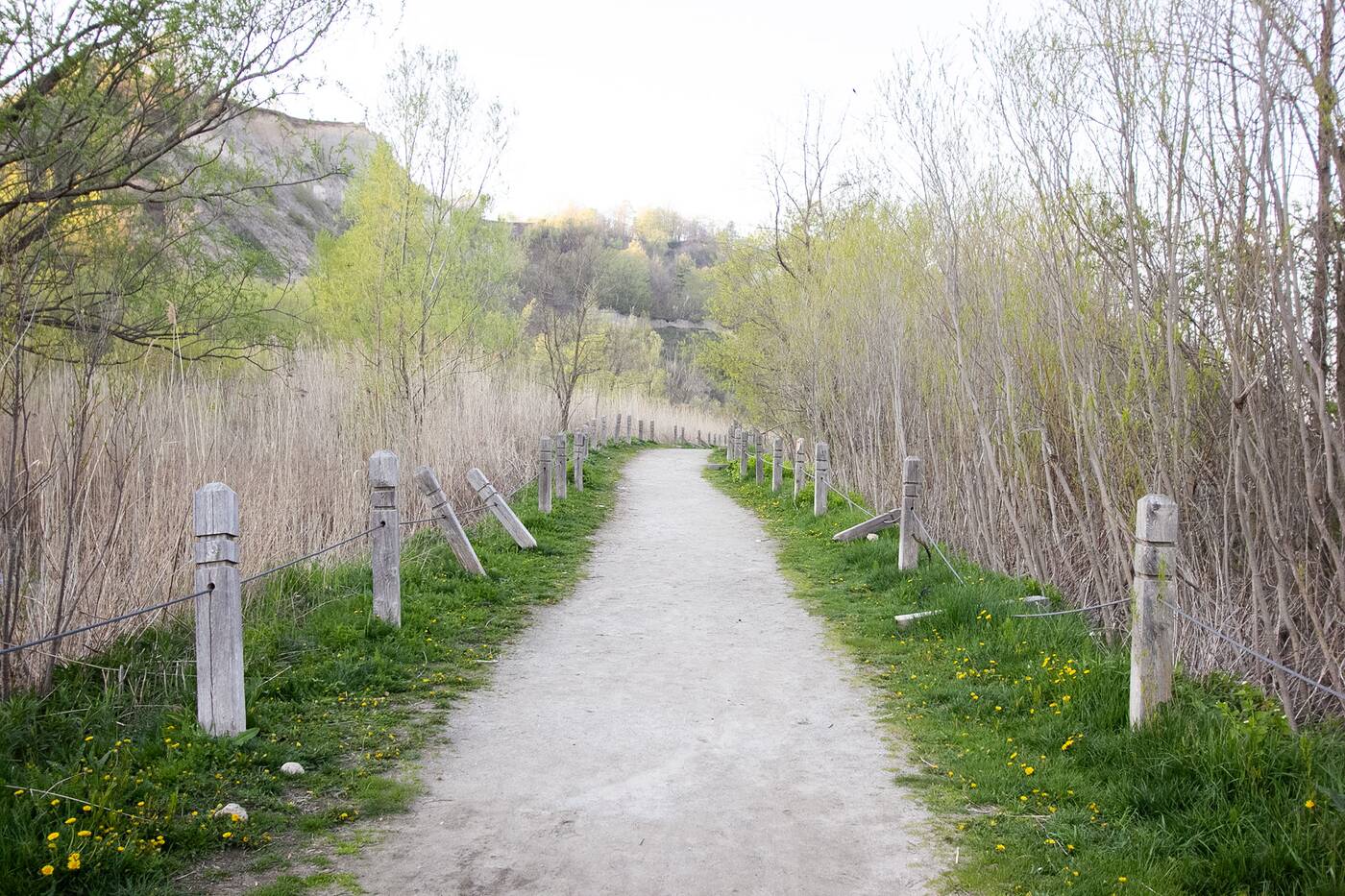 This secluded path leads you closer to the escarpment.

Again, you'll find numerous red-tailed blackbirds here, especially during spring: they tend to congregate around marshes or rivers. Hearing their chirping along this isolated trail is incredibly soothing, as is the crunch of the sand as you walk along the path. 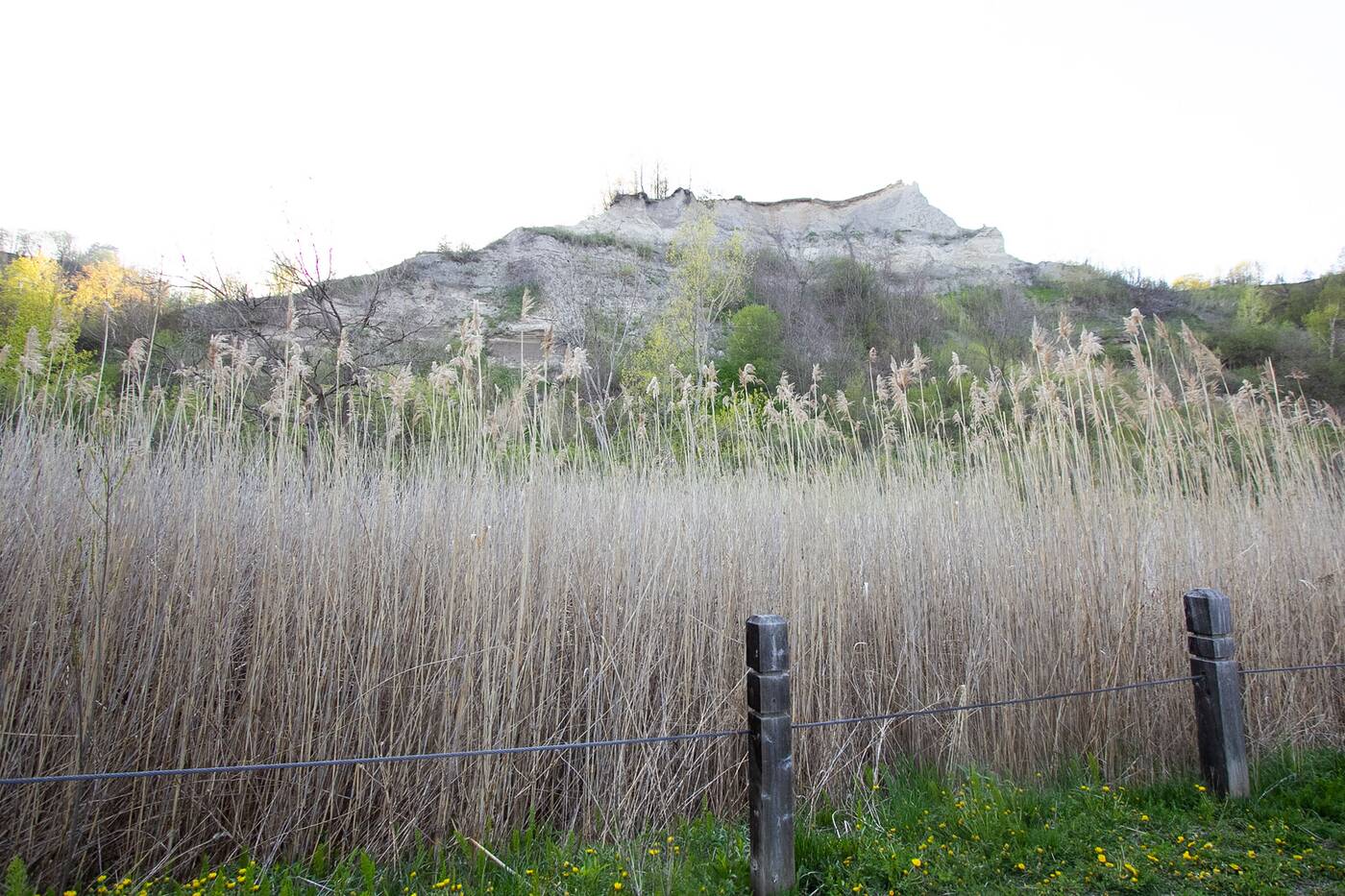 The path is lined with reeds that separate the trail from the base of the Bluffs.

To the left you'll get one of the best views of the Bluffs from the base. The escarpment today towers as high as 90 metres in some areas, though the rocky wall has changed dramatically over the years due to erosion and the use of explosives in the past, especially to the west. 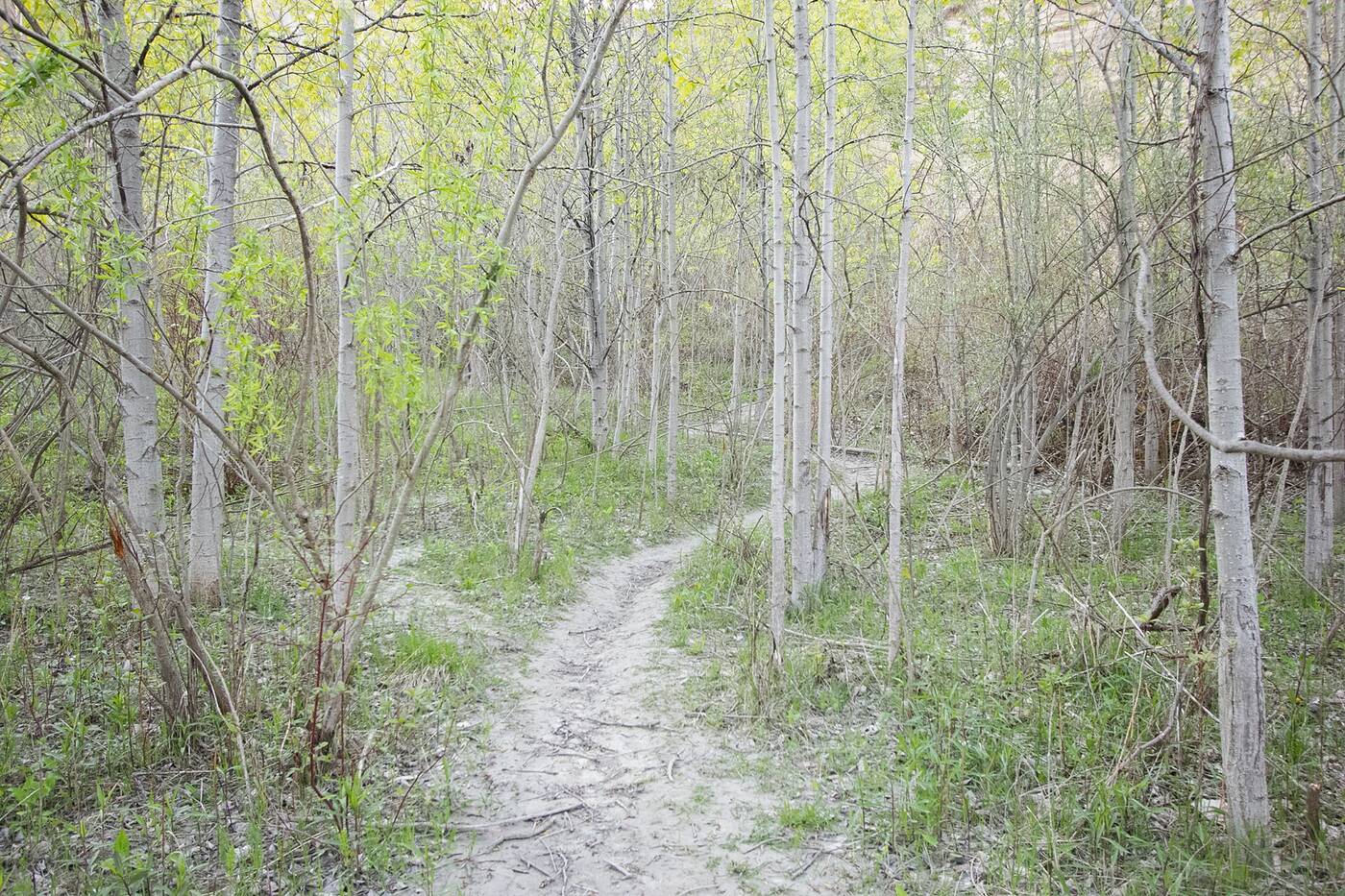 The trail will lead you into the woods, where you can either exit back to the beach or walk toward the Bluffs.

You'll eventually enter a wooded area that will take you even closer to the Bluffs than before. Most likely you'll notice a sign or two here warning walkers not to attempt climbing up to the top because, you might get stuck up there. You'll probably do better going back to the beach for a swim. 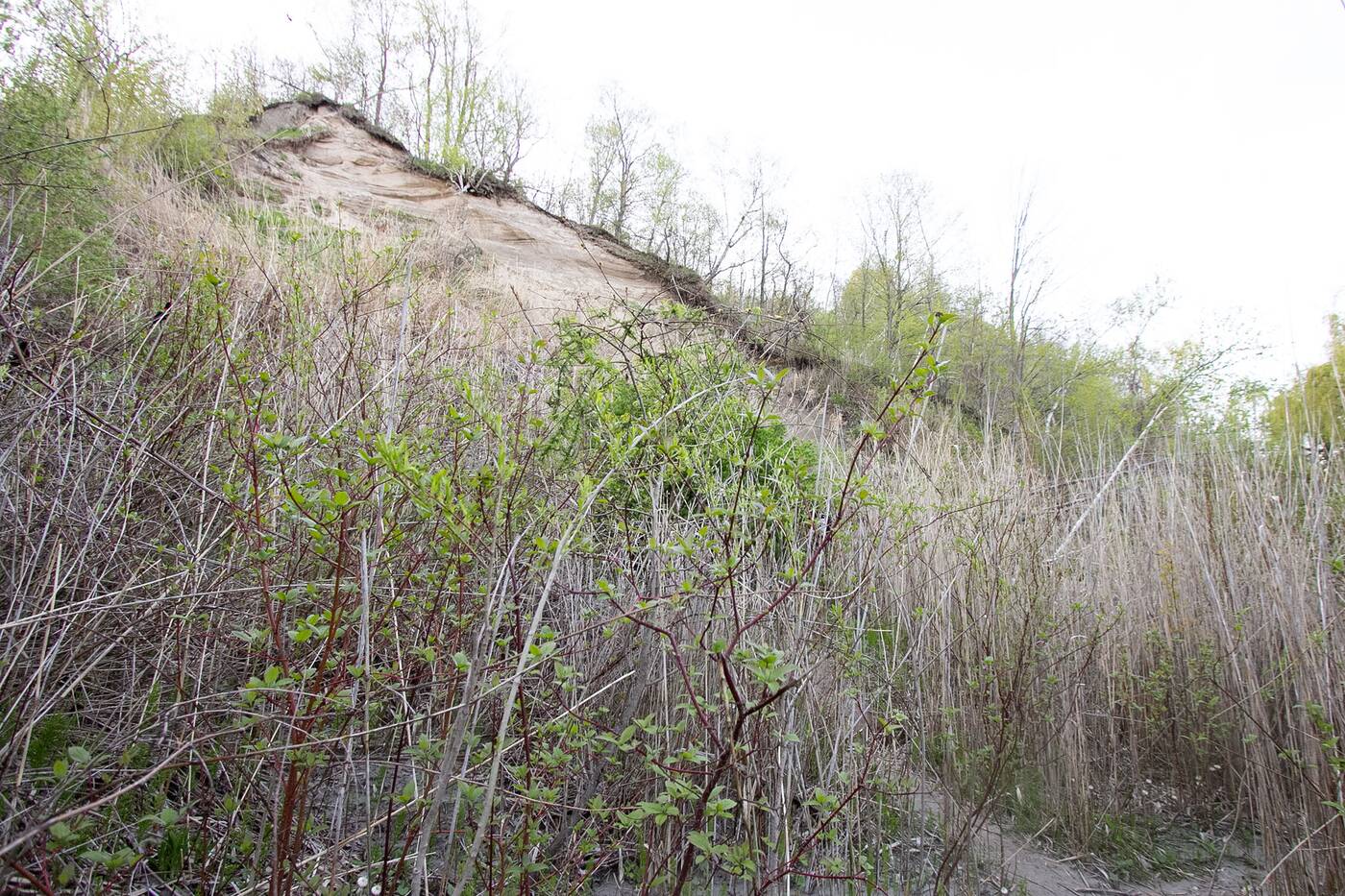