One of North America's most-popular branded bootcamp studios has preemptively closed its doors in Toronto (for the time being) after learning of "a single positive COVID-19 case within the Barry’s community."

Barry's Bootcamp announced in an email to members late Wednesday afternoon that it would be temporarily closing both of its Toronto gyms, which can be found in the entertainment district and Yorkville at 310 Richmond St. W. and 100 Bloor St. W., respectively.

"We have and will continue to put the health of our clients and community first," reads the email. 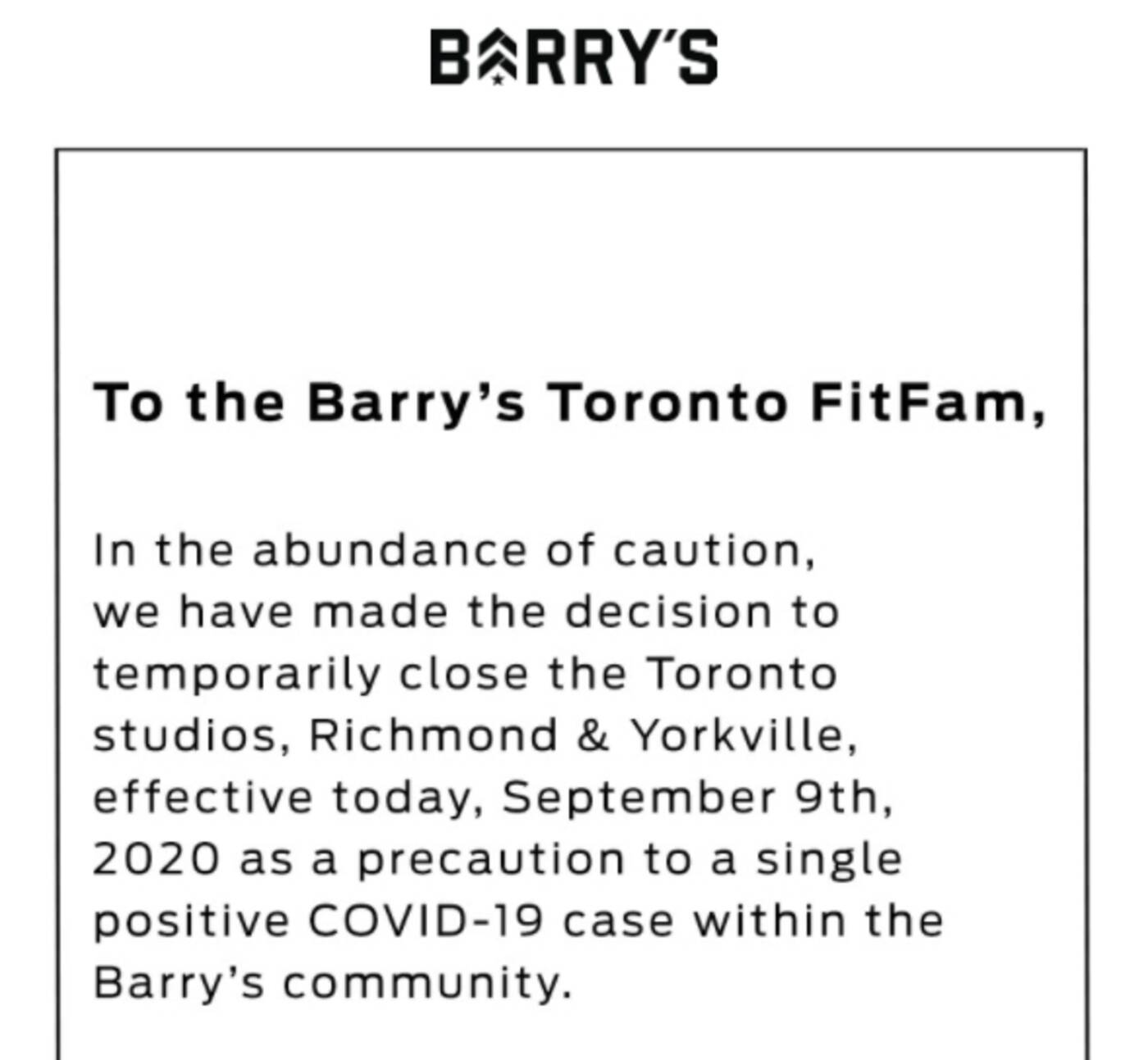 "Once we can assure the safety of our clients and staff, we will announce a re-opening date. We are optimistic this will be within days."

The move may strike some as bold, given the reluctance of other major gym chains to close under similar circumstances, particularly GoodLife Fitness, which has seen no less than five infections among customers and employees since resuming operations under Stage 3 of Ontario's reopening plan.

Barry's had opened at the end of July like most other gyms in the region when Toronto was given the green light to enter Stage 3 on July 31 and has yet to publicly report any infections among members or staff.