Barry’s Bootcamp, aka “the best workout in the world” has a huge location in Toronto.

The original cardio and strength interval workout founded by Barry Jay first launched in Los Angeles in 1998, and for 19 years worked at building a dedicated community which counts celebrities like Harry Styles, David Beckham and Ellie Goulding amongst its members. 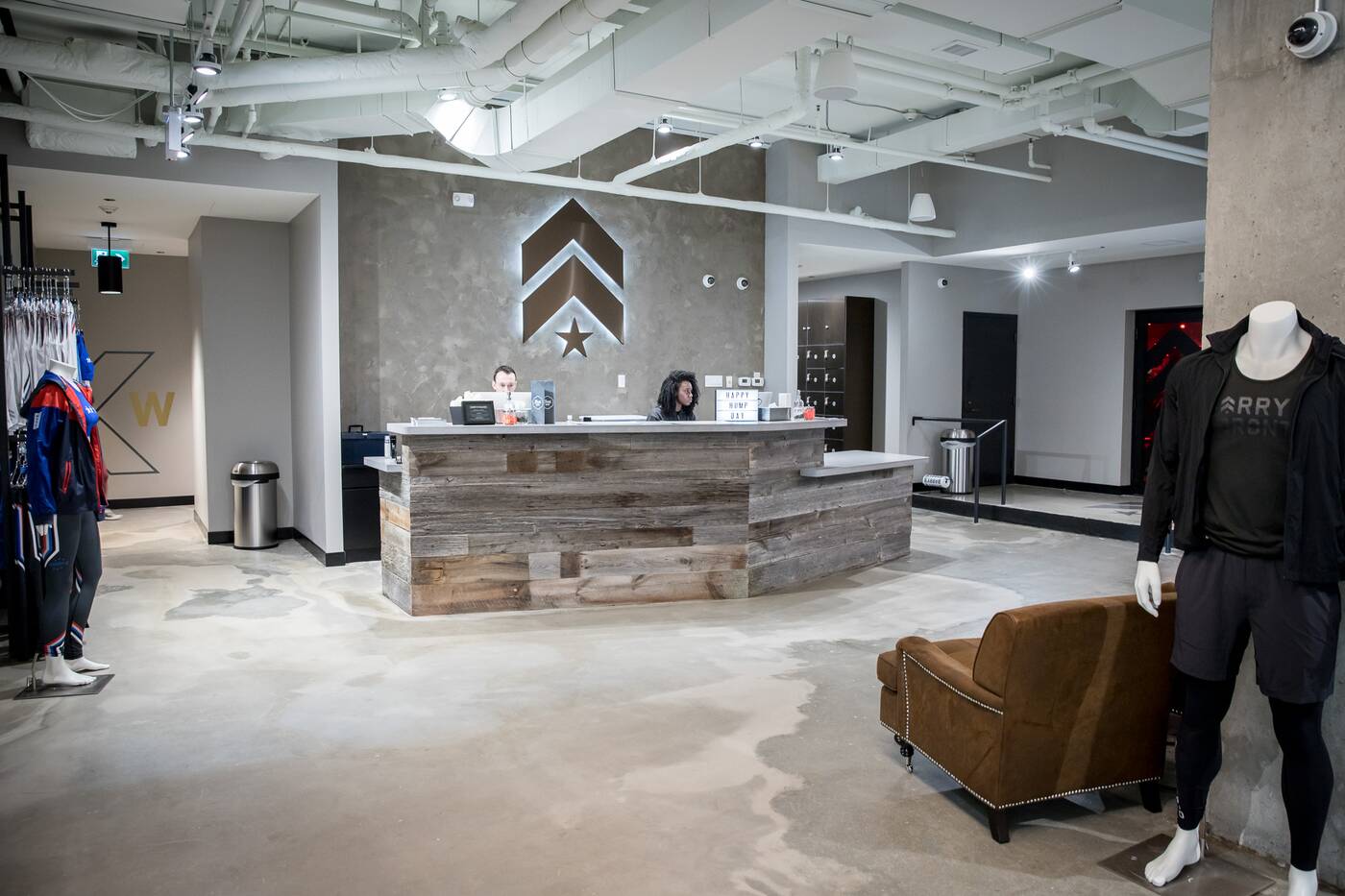 Barry’s Bootcamp began as a bare-bones, hole-in-the-wall experience and launched into a boutique studio with locations in seven countries and 18 different cities including London, Dubai, Milan and New York.

The Toronto location is the brand’s first in Canada and its biggest one yet. The 8,000-square-foot space at 310 Richmond Street West accommodates 47 people in the class. 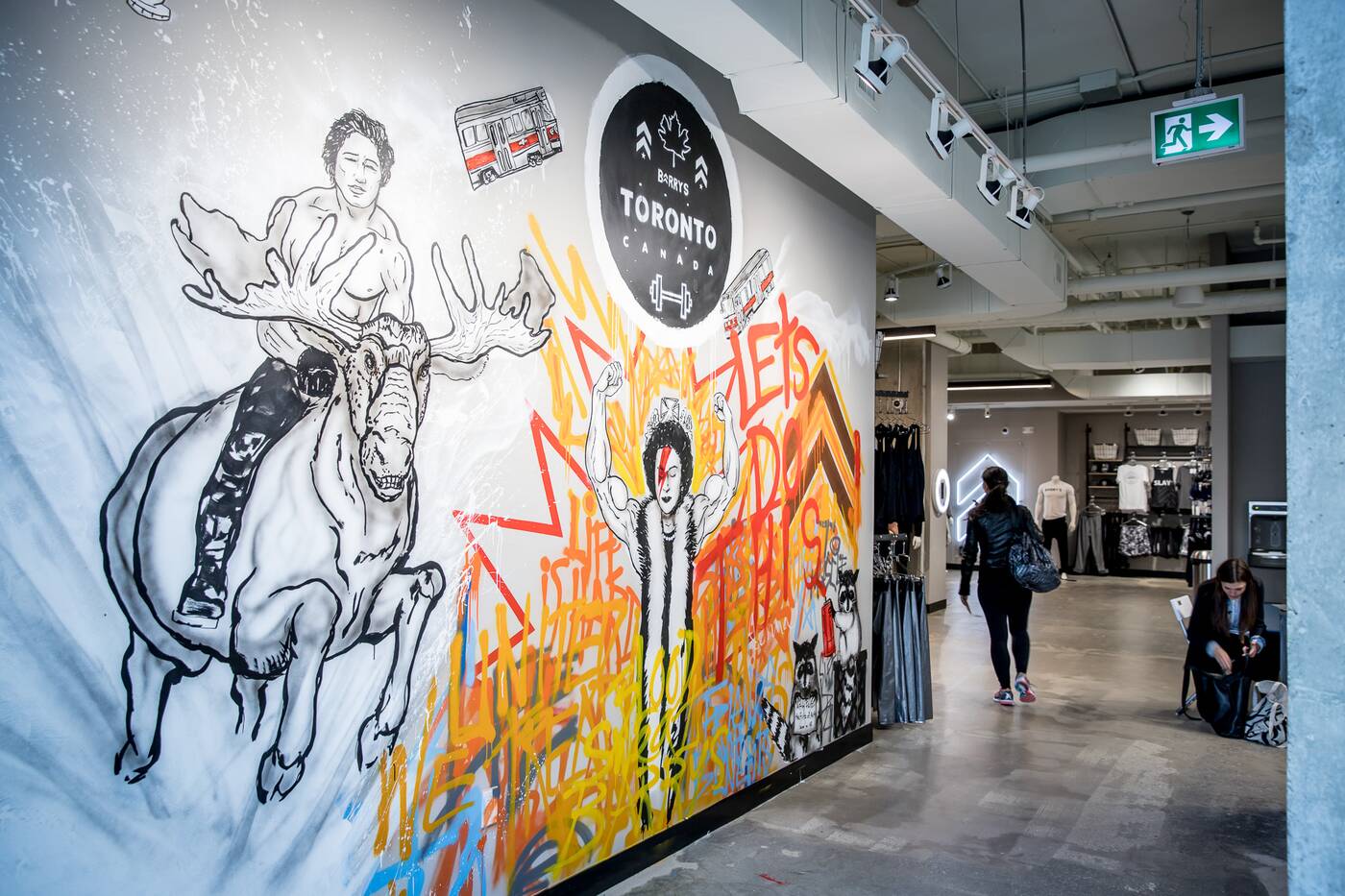 It’s an escalator ride up to the main area where you’re greeted by a mural of the Queen flexing her Barrys-made muscles, artwork done by artist Fritz Branschat. The top floor contains the change rooms, a hangout space and the dim-lit Red Room where the action takes place. 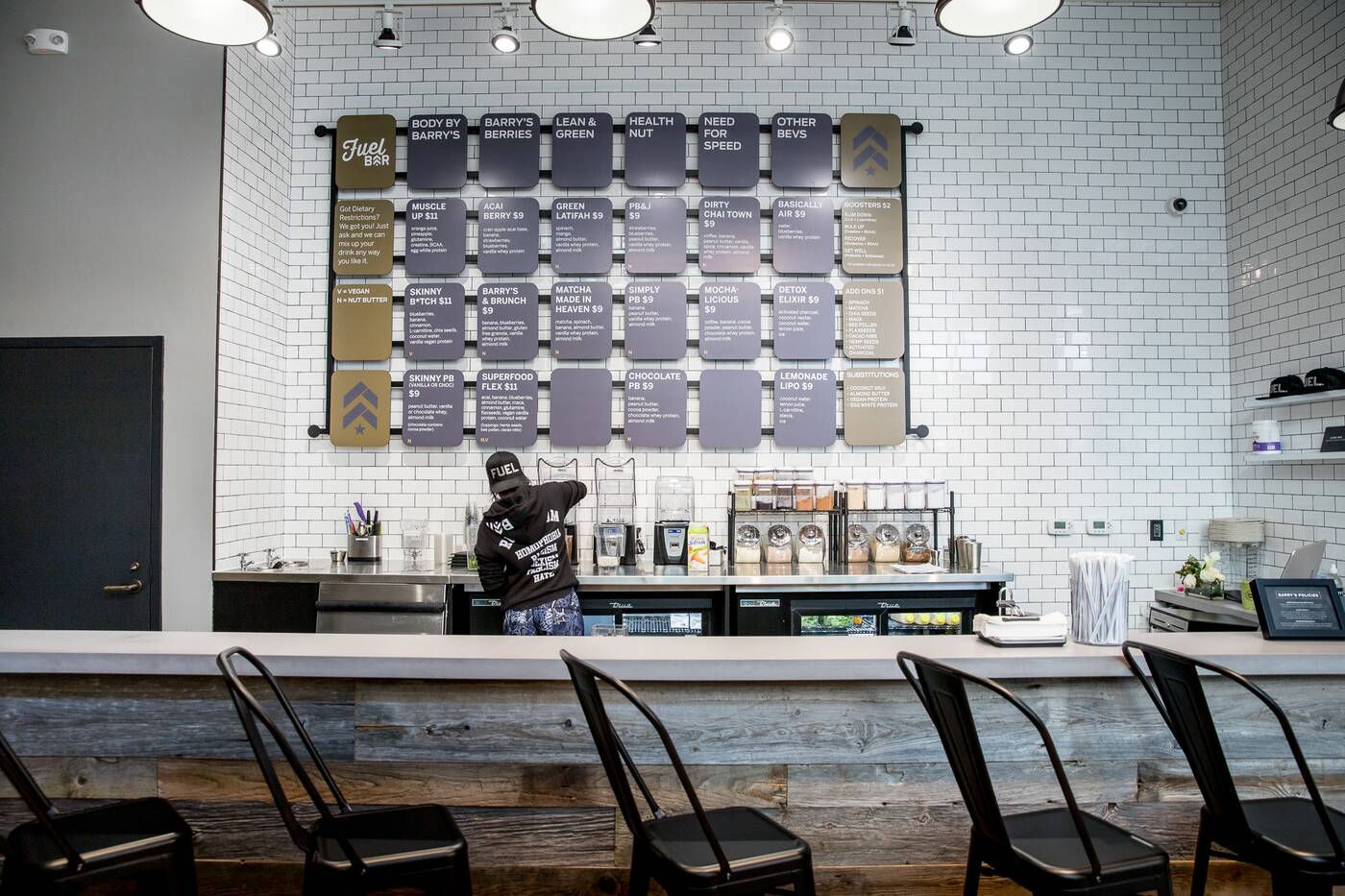 On the ground floor, you’ll find the Fuel Bar with smoothies ($9 to $11) which you can pre-order for pick up after class. 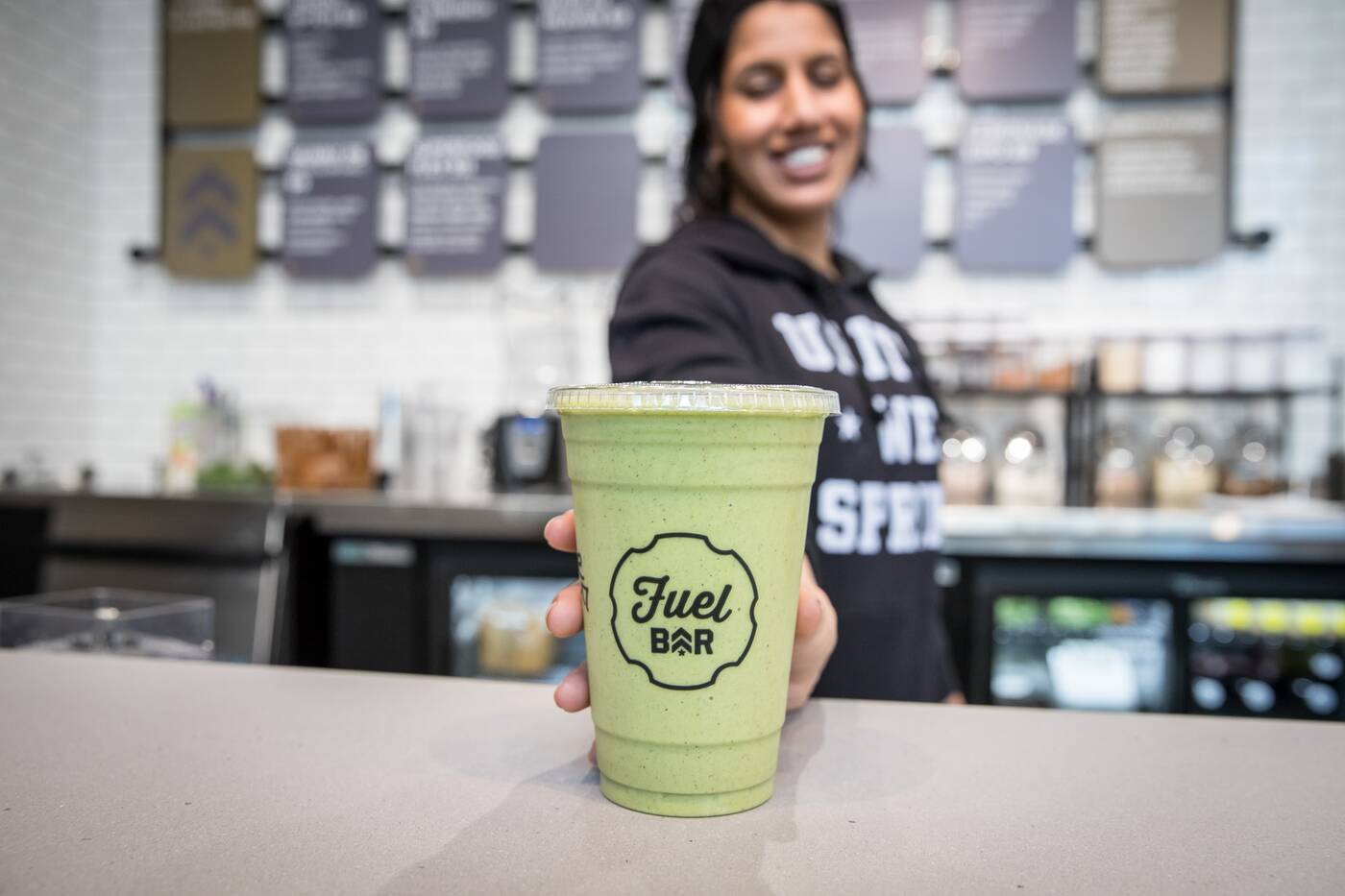 The Matcha Made in Heaven, Green Latifah and Detox Elixir are some of the most popular ones. Barry’s Toronto has an exclusive partnership with Oribe products which are found in all the change rooms. 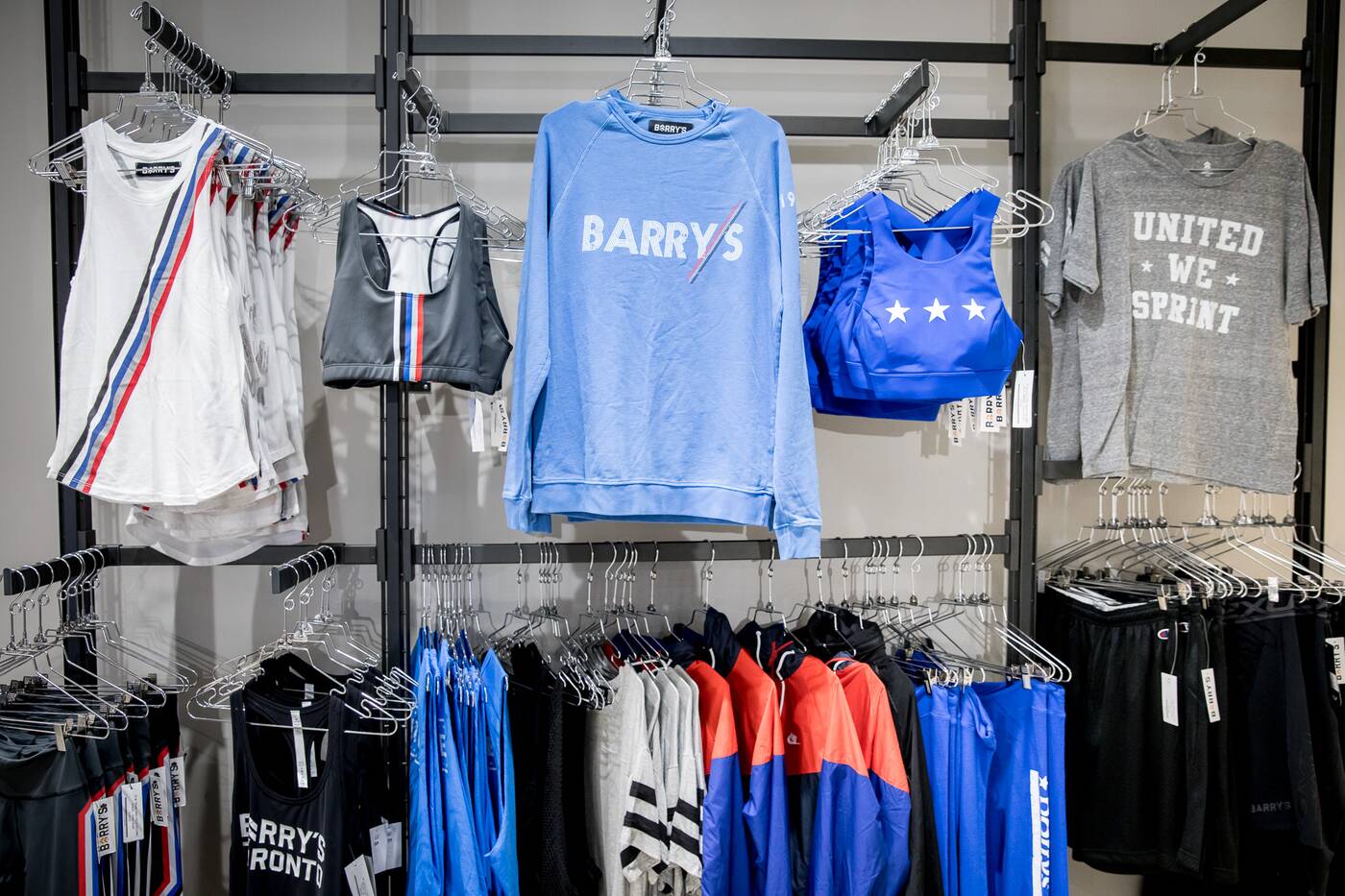 I tried my first ever Barry’s class in London, England two years ago and have been hooked ever since. There hasn’t been a single class I’ve regretted going to or left feeling unsatisfied. Each one has encouraged me to give it my all. People wear the “sweat, blood and Barry’s” tagline as a badge of honour. 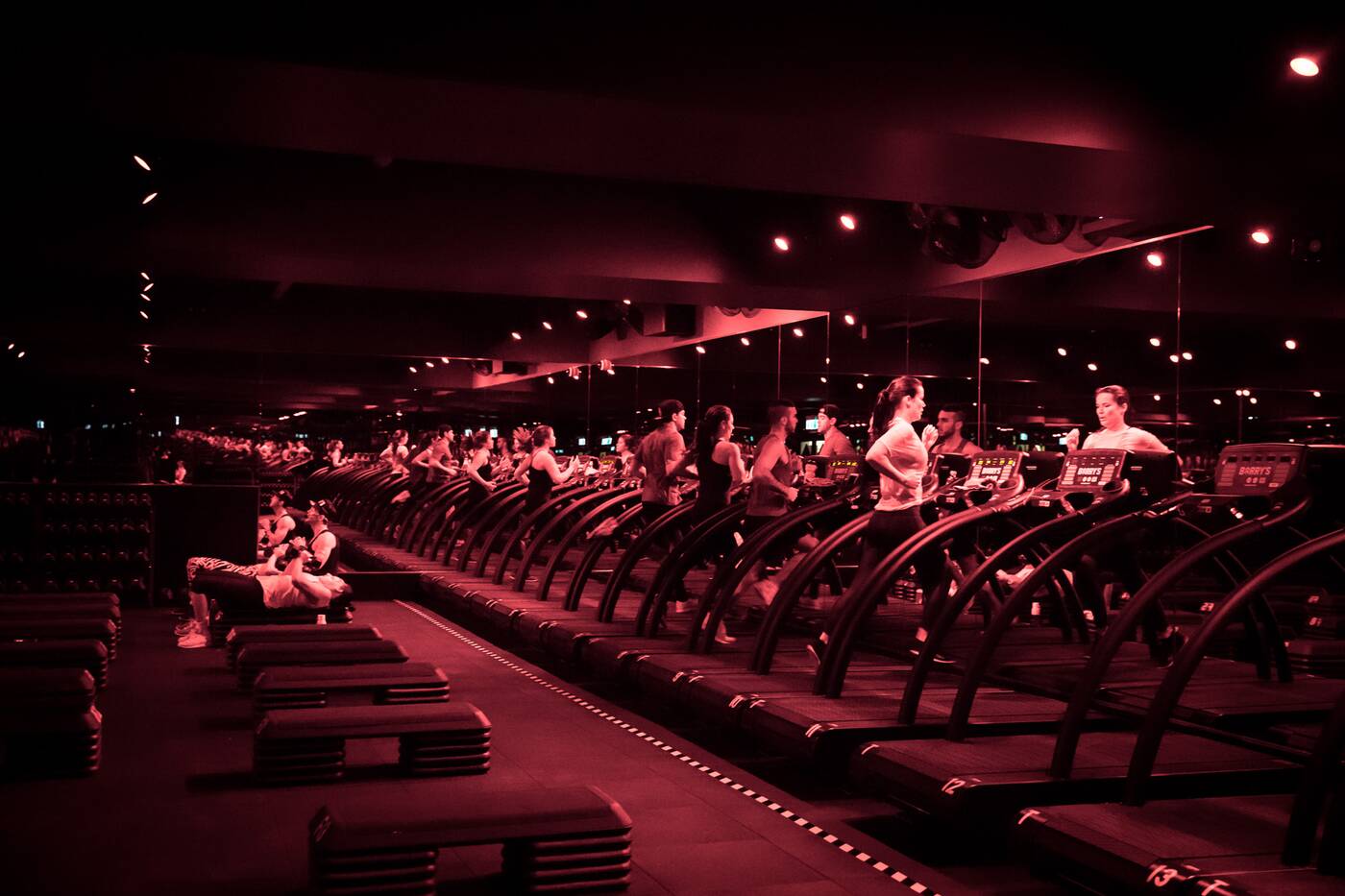 Barry’s Bootcamp CEO, Joey Gonzalez says you’ll always have the unique experience at Barry’s. Exercises are never duplicated, and the instructors are allowed to structure classes and music to fit their style. 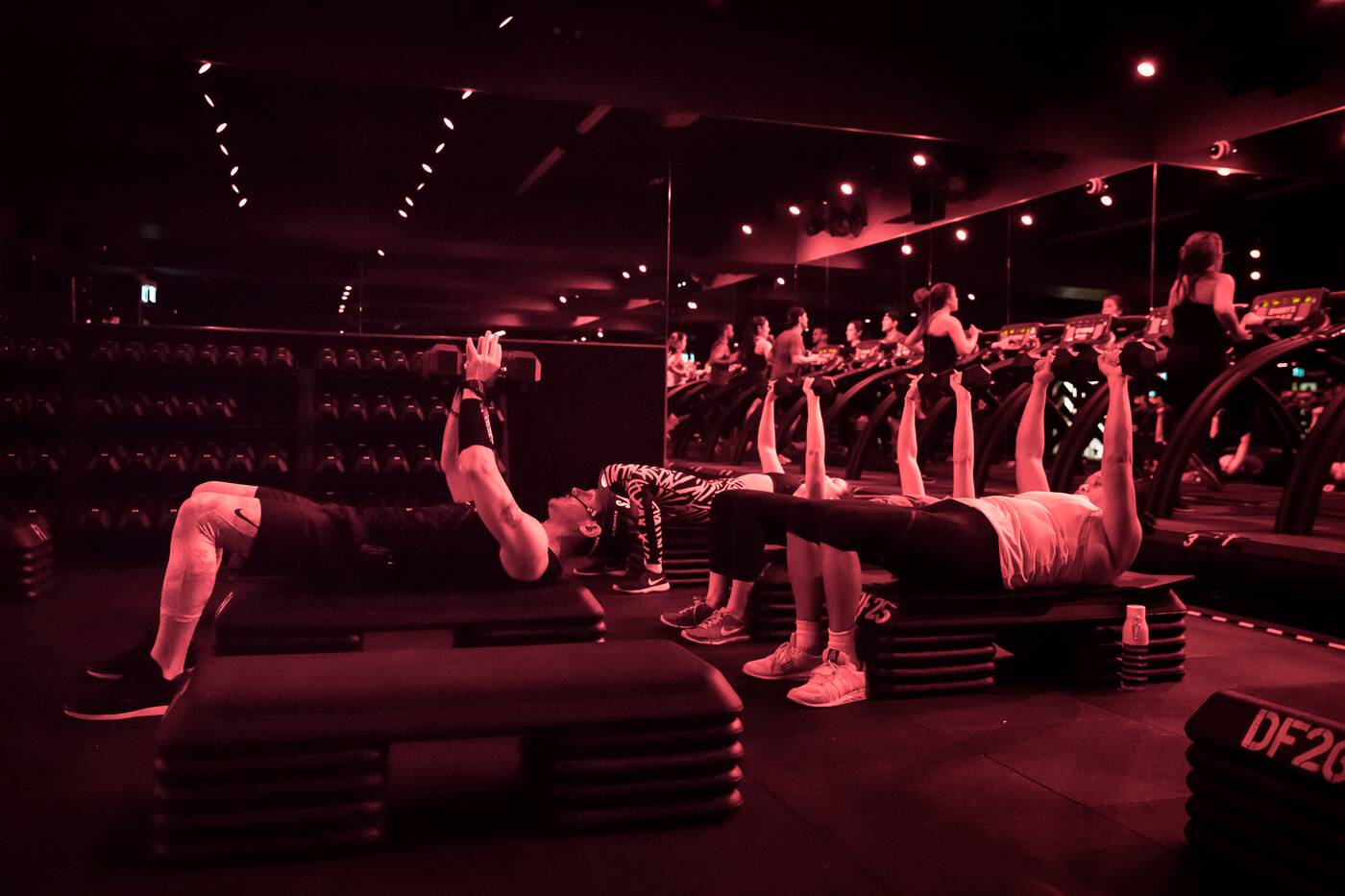 All the instructors at Barry’s Toronto are Canadian and equipped to take you out of your comfort zone. So, yes, you may be doing a three-minute plank challenge after triple tricep dips, (Thanks, Eva Redpath!) 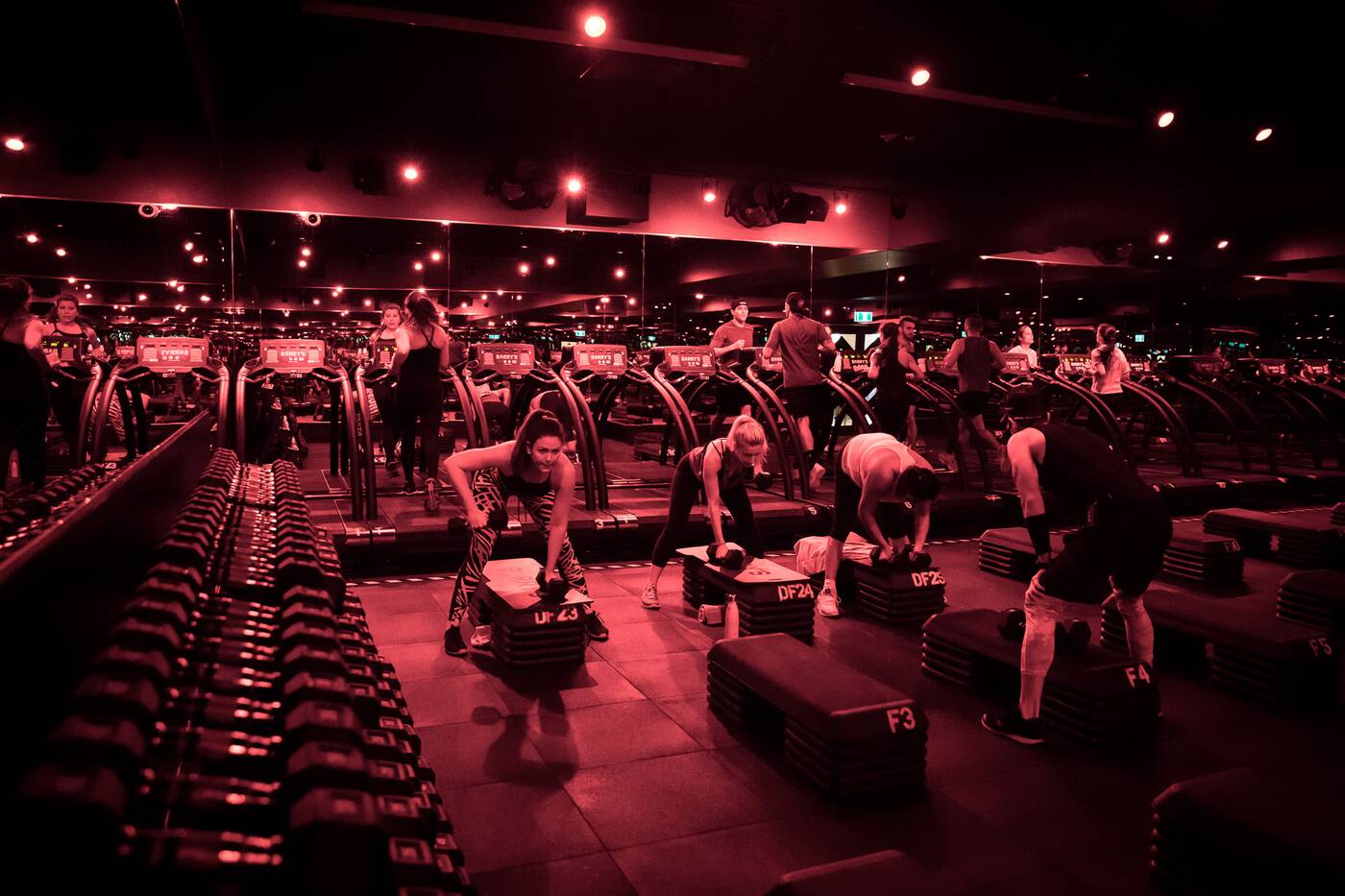 Other fitness trainers you’ll see at Barry’s are Michele Leung who is also the studio manager, and lead trainer, Chris Lewarne or “The Cuddly Canadian” as he’s known on Instagram who worked at Barry’s New York location. 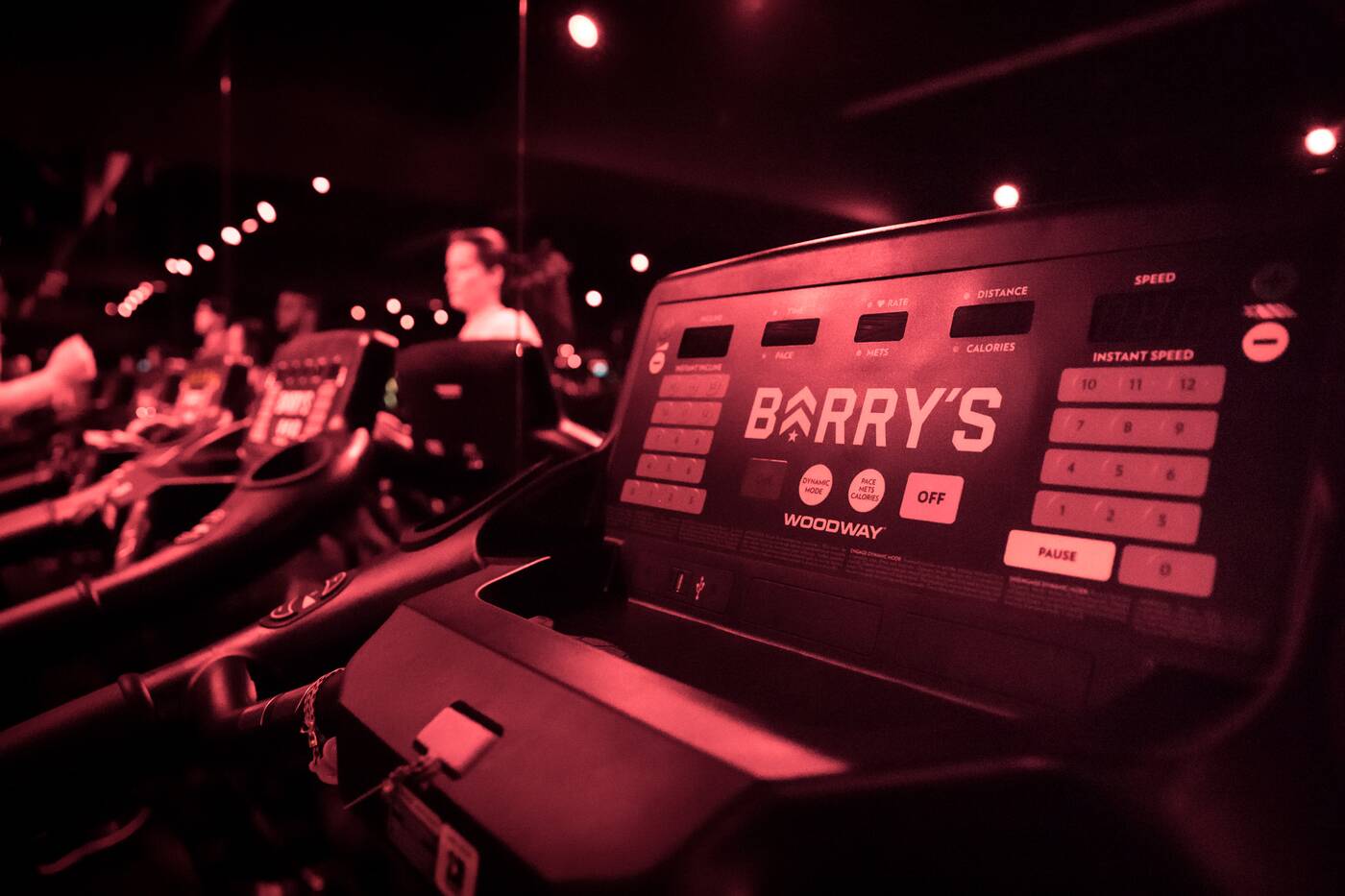 The Barry’s method is a combination of HIIT exercises broken up into four 15-minute intervals of treadmill cardio and floor exercises combining weights, resistance bands, burpees, mountain climbers and workouts I can’t identify but I know are effective and you’ll feel it the next day. 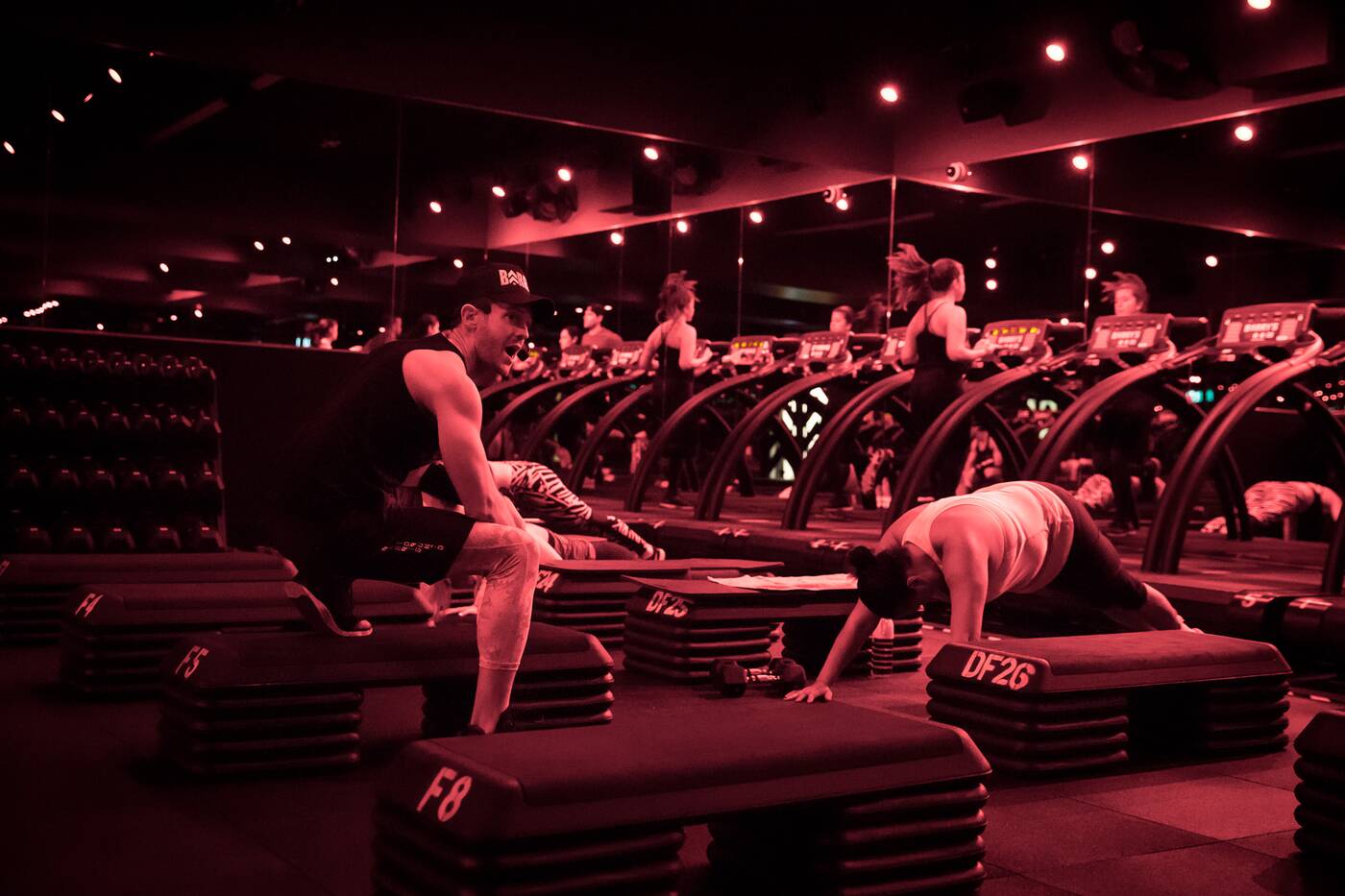 The method behind the Bootcamp madness is designed for efficiency in a 50-minute class. Everyday targets a different body part. 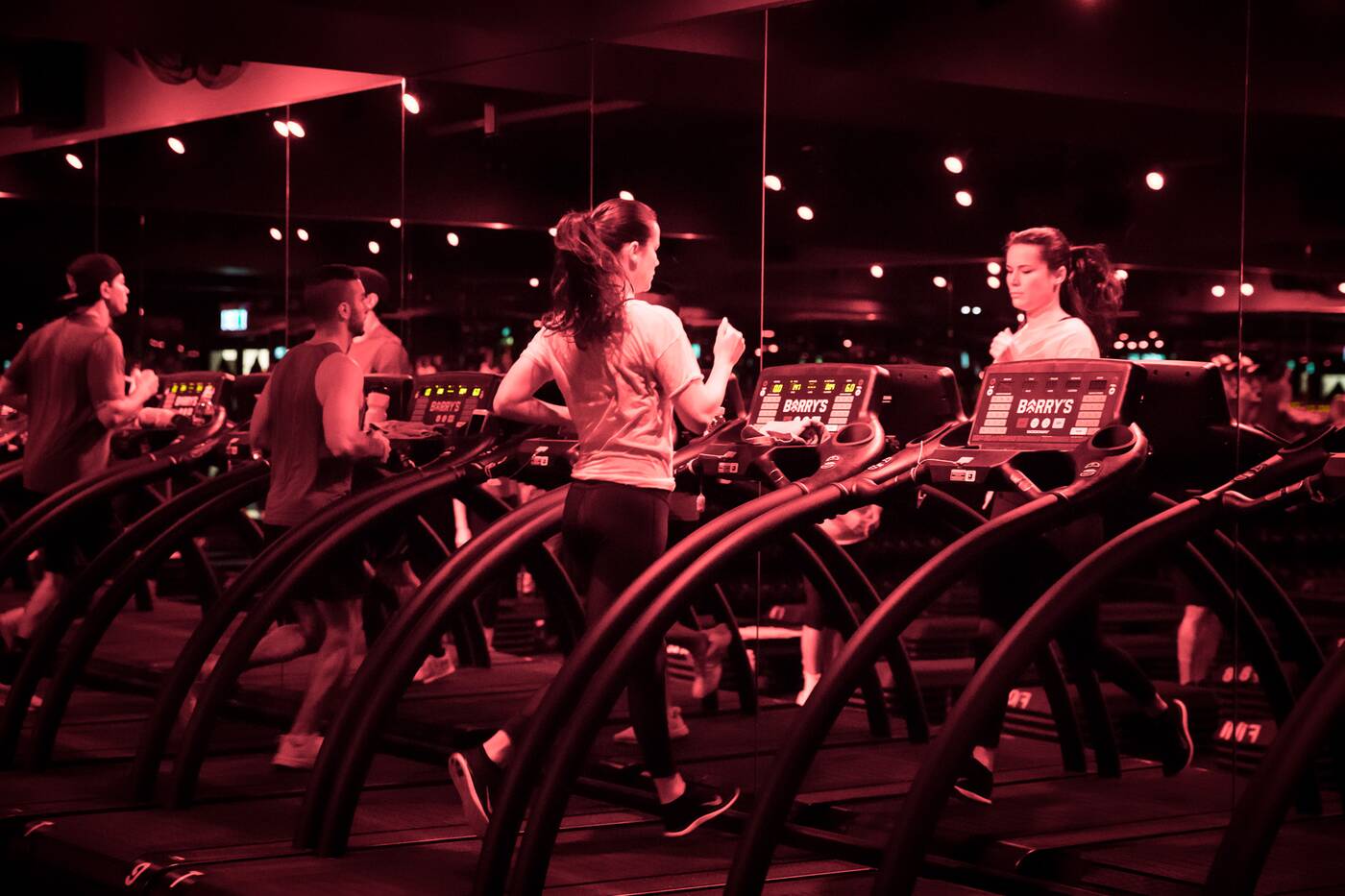 Across the world, every Barry’s location is targeting abs and arms on Monday, butt and legs on Tuesday, chest, back and abs on Wednesday, pure abs on Thursday and full body on weekends. The classes allegedly burn up to 1,000 calories.

Hint: Not into cardio? Work the double floor, where you’re on the floor the entire time. 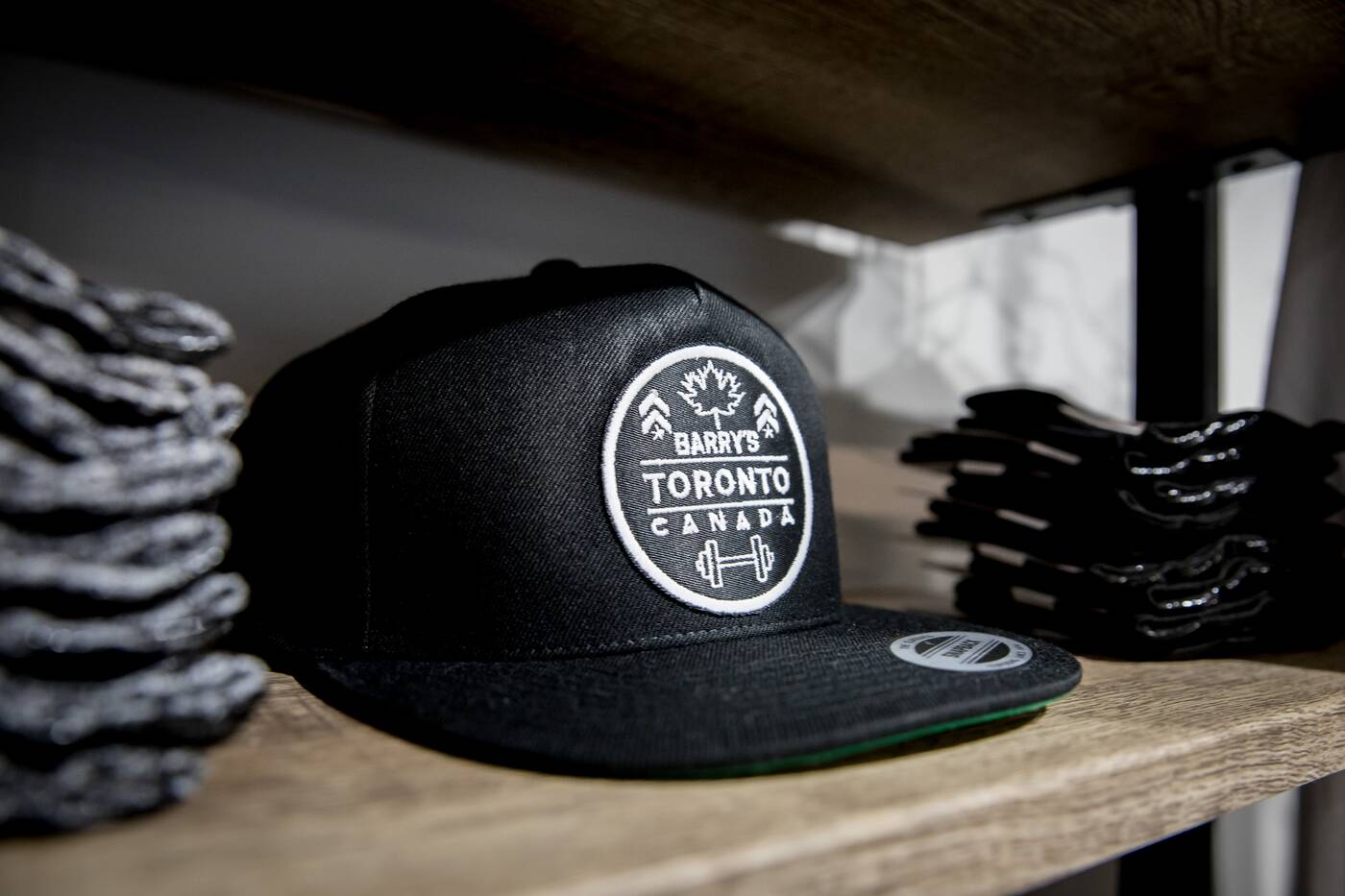 The boutique gym is the first of its kind to offer a 50-minute stretch class in the Flex Room (you’ll need it after a class at Barry’s) in a studio dedicated to stretching. 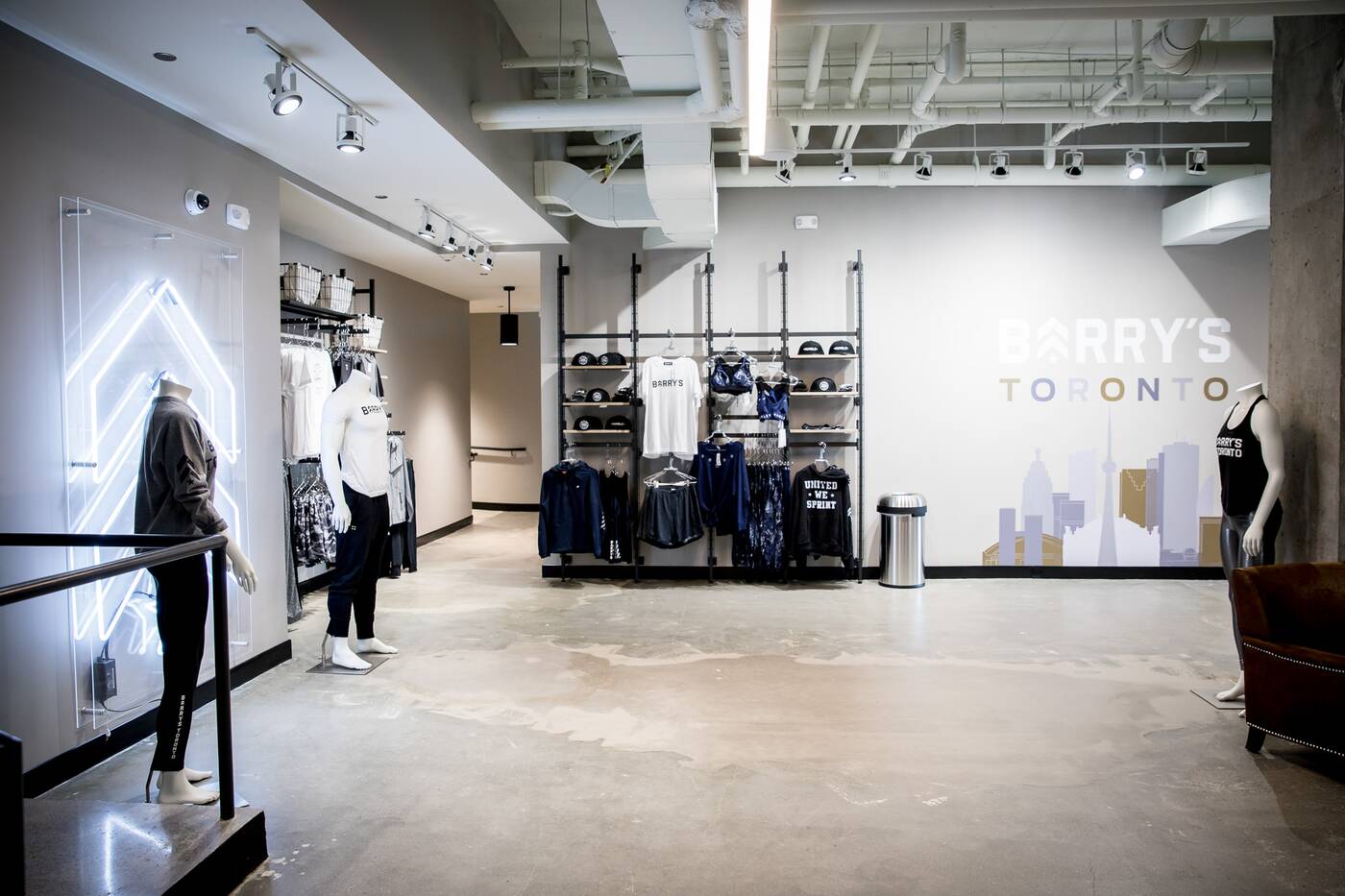 With the rise of boutique gyms in the city and the expansion of the boutique fitness industry, it forces fitness spots to raise the bar and innovate. 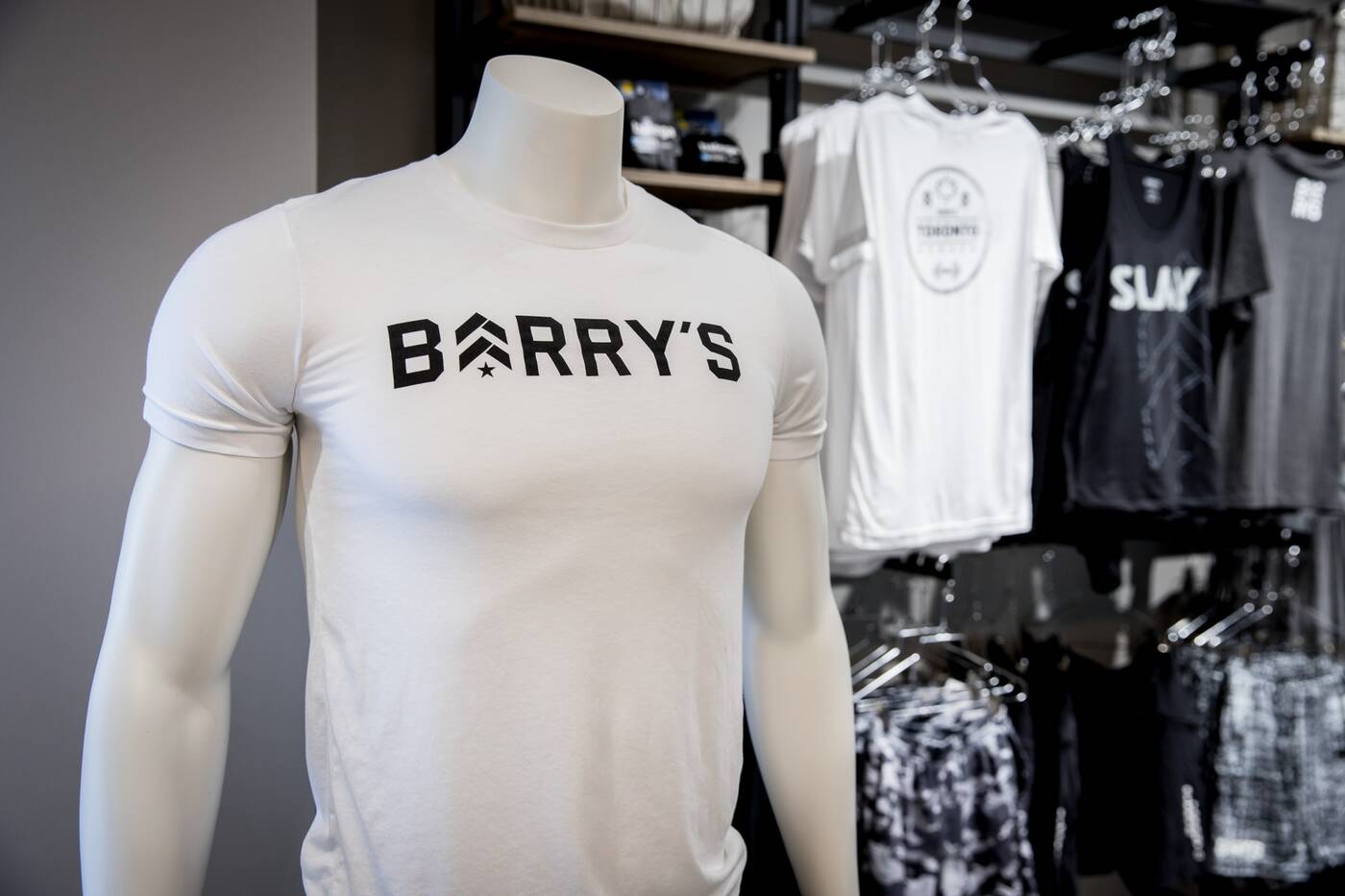 According to Gonzalez, Canada had been on the radar for a while, but the company took its time to get here because it wanted to do it properly. And no surprise, it took a long time to find the right spot in Toronto. 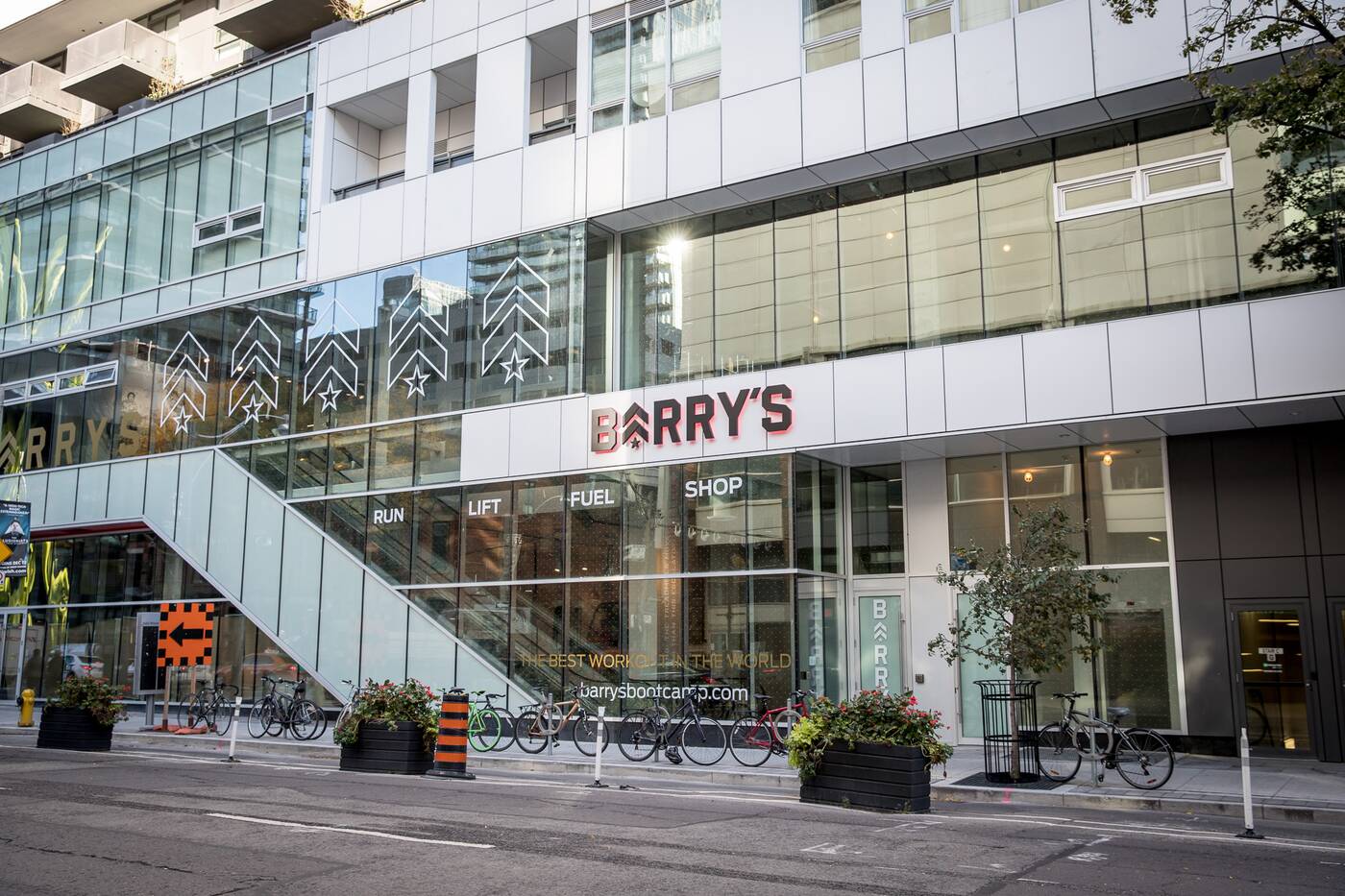 The Best Fitness Bootcamp in Toronto