Boulderz Climbing recently celebrated its sixth birthday in the Junction Triangle and just opened another location in Etobicoke - so now climbing enthusiasts in Toronto have two places to do some serious bouldering.

While the Junction Triangle location is listed at 1444 Dupont St, when I got to that address, I saw no sign of Boulderz. I put on my 'help me, I'm lost' face - and luckily, the first person I asked for directions was heading there themselves and led the way. The place is actually off of Dupont, tucked in a corner behind two rows of buildings and parking lots - don't worry, you'll find it eventually. 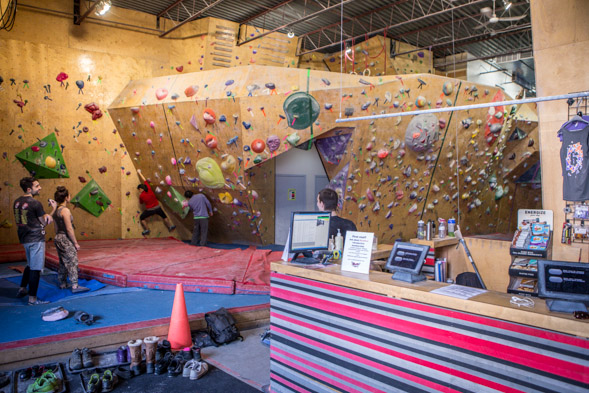 I got there around 5:30pm on a Tuesday and was expecting it to be pretty busy with after-work climbers. Aside from a class that was going on, there appeared to be a fair amount of space to climb on your own. Manager Andrew Smythe told me that it tends to get busier around 7:30pm during the week. The place itself was quite small for a climbing centre, so I imagine during those peak hours Smythe mentioned that it can get quite crowded. 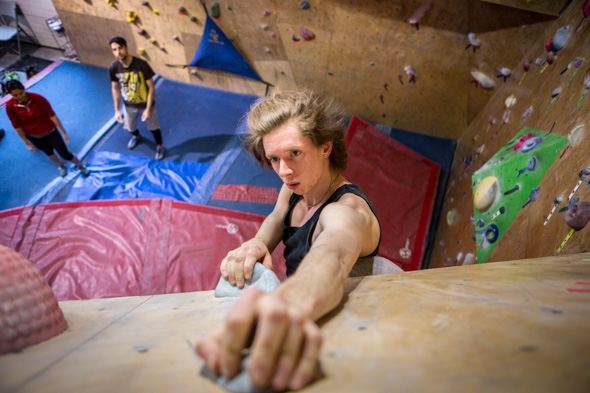 Boulderz, as the name suggests, primarily focuses on bouldering - meaning you're climbing smaller walls on various angles without a rope. The mats however were super soft and squishy and I had to fight the urge to throw myself down on them (but like the mature adult that I am, I refrained). There is a small section for rope climbing, but if that's your primary reason for going, I'd probably go elsewhere. 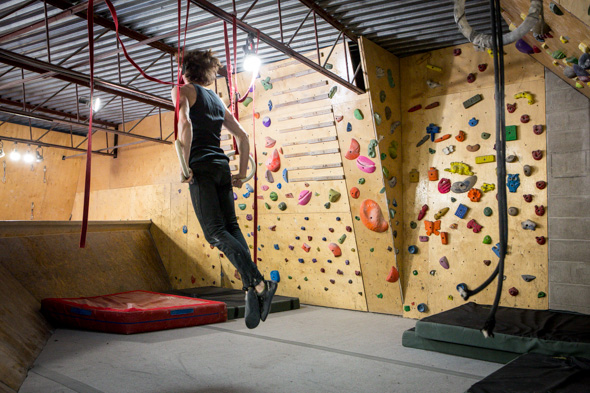 Getting the grand tour, there were a good amount of bouldering walls at varying levels of difficulty. You'll see different colours of tape marked on the walls, which denote different bouldering courses/challenges depending on your skill level. 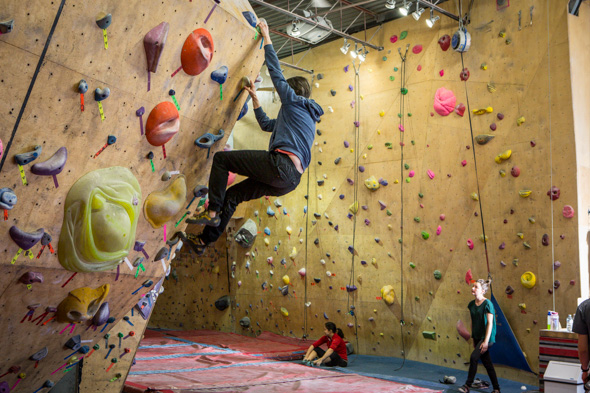 The second floor is for strength training and conditioning. There were free weights and hanging 'rocks' that are for working on your finger strength (important for bouldering) and other various things to hang from to work that upper body. They also had a rock climbing treadmill - a vertical treadmill with the climbing pegs (which looked like the most dynamic cardio and upper body strength training ever). 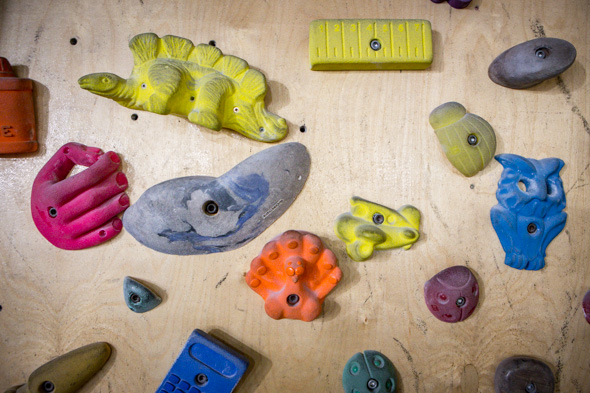 Boulderz has various programs, including Drop-in Sundays for $14 and Beginner Lessons (which includes a two-week membership and equipment rental) for $35. An adult monthly membership will only set you back $38.14, or alternatively a year membership is $420.35. 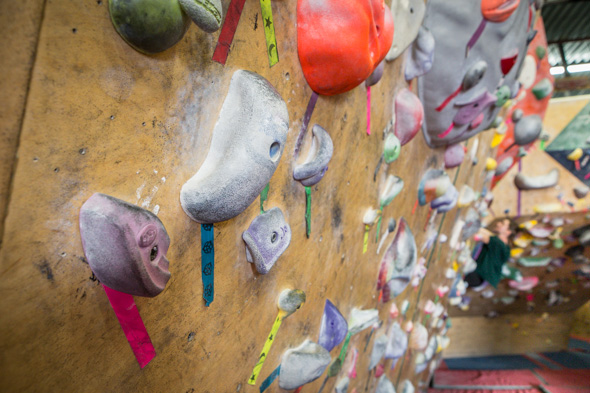 Considering the free weights/conditioning on top of being able to drop in and climb, I personally think these prices are great (also comparatively much cheaper than some of the other notable climbing centres in the city), and you could totally get away with making climbing your primary workout. 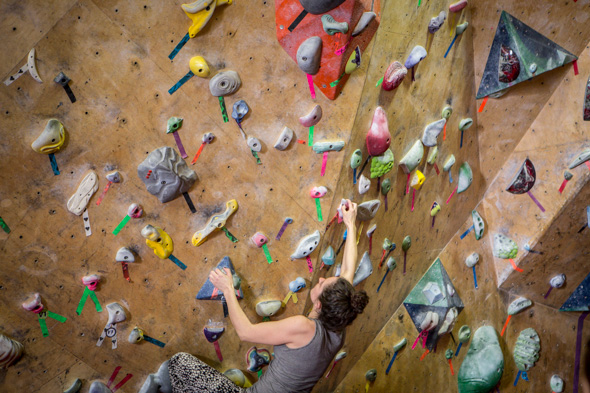 But what really makes Boulderz great aside from the prices? "The customers are amazing and the staff is friendly. We've always been really successful because of the consistently fun and challenging boulder problems we frequently set," Smythe explained.

So if you're looking for a challenge and a great workout for a particularly good price, Boulderz is the place to be (just don't get lost trying to find it). 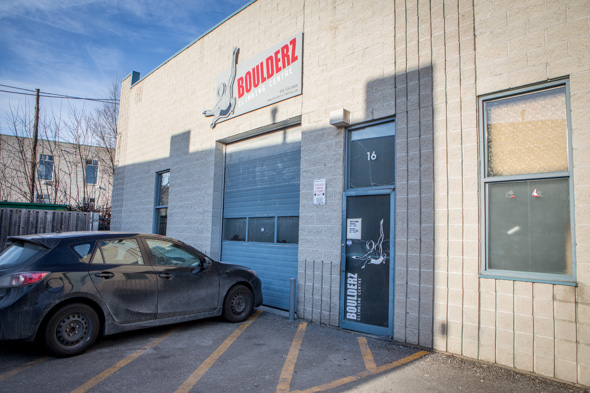