Someone put the faces of Toronto Raptors on Canadian currency

Canada, land of the funny money, is recognized around the world for its colourful, high-tech banknotes.

The men and women who adorn our bills, on the other hand — save for the Queen — are relatively unknown to most people outside of this country (if not outside a Grade 7 history class).

Imagine if the Royal Canadian Mint officials put the faces of modern day heroes on its currency instead of British monarchs and dead Prime Ministers. One local artist did, and the results are taking Instagram by storm.

"This was a small passion project that unexpectedly blew up over the weekend," wrote the 24-year-old Toronto artist, whose name is Marcus, following the Raptors' NBA Championship victory parade.

Marcus, who goes by @soundscoolbaby on Instagram, told me that he was inspired to make his bills "the moment Kawhi got that buzzer beater in the Eastern Conference Finals."

"That was the start of the fairy tale, and now every day in the city since the Championship has been a dream."

That's right, this isn't just a cute Photoshop job. The bills — while not legal tender — do exist. You can even score some, if you're keen.

Marcus posted an update via Instagram Stories on Friday to let everyone clamouring for his work know that he'd be in Brant Park (at Adelaide and Brant) this evening from 7 until 8 p.m. giving away the bills to fans.

"Limited to 50 sets," reads another of his posts. "First come first serve. One per customer." 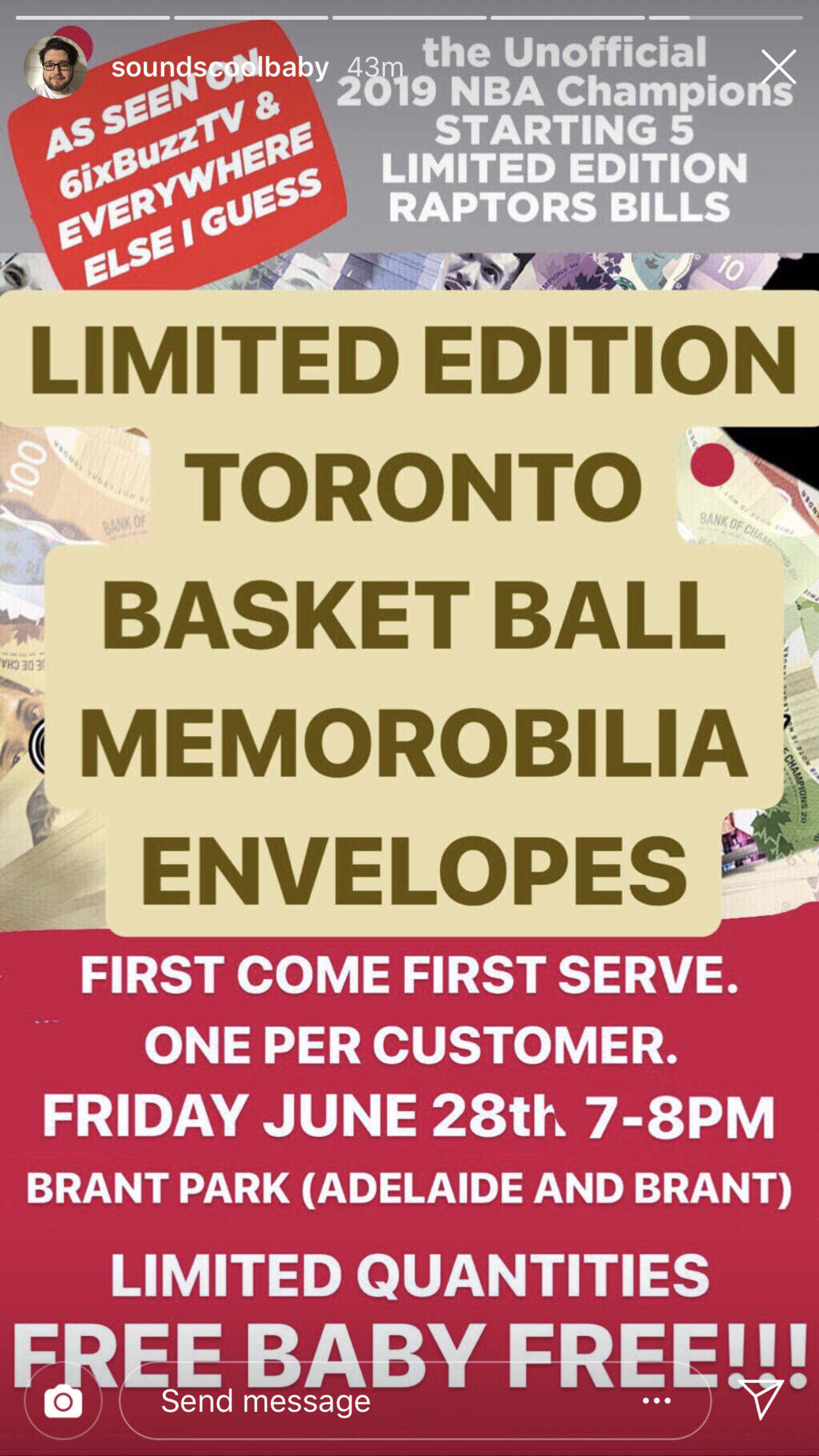 The artist behind the unofficial 2019 NBA Champions Starting 5 Limited Edition Raptors bills will be at Brant Park giving out limited quantities of his work on Friday night. Image via @soundscoolbaby on Instagram.

You can check out all five bills in their entirety by clicking through the Instagram gallery below.

It is of note that none of these NBA stars are actually Canadian. Leonard, Lowry and Green all hail from the U.S. while Siakam is Cameroonian and Marc Gasol is from Spain.

Some might argue that the five Raptors are just as deserving as anyone born in our home and native land, however, on the front front Canadian money. They did, after all, just win Canada its first ever NBA title.