The normally quiet and empty industrial lot fills with bodies, metal fencing surrounding the area with a ring in the centre. 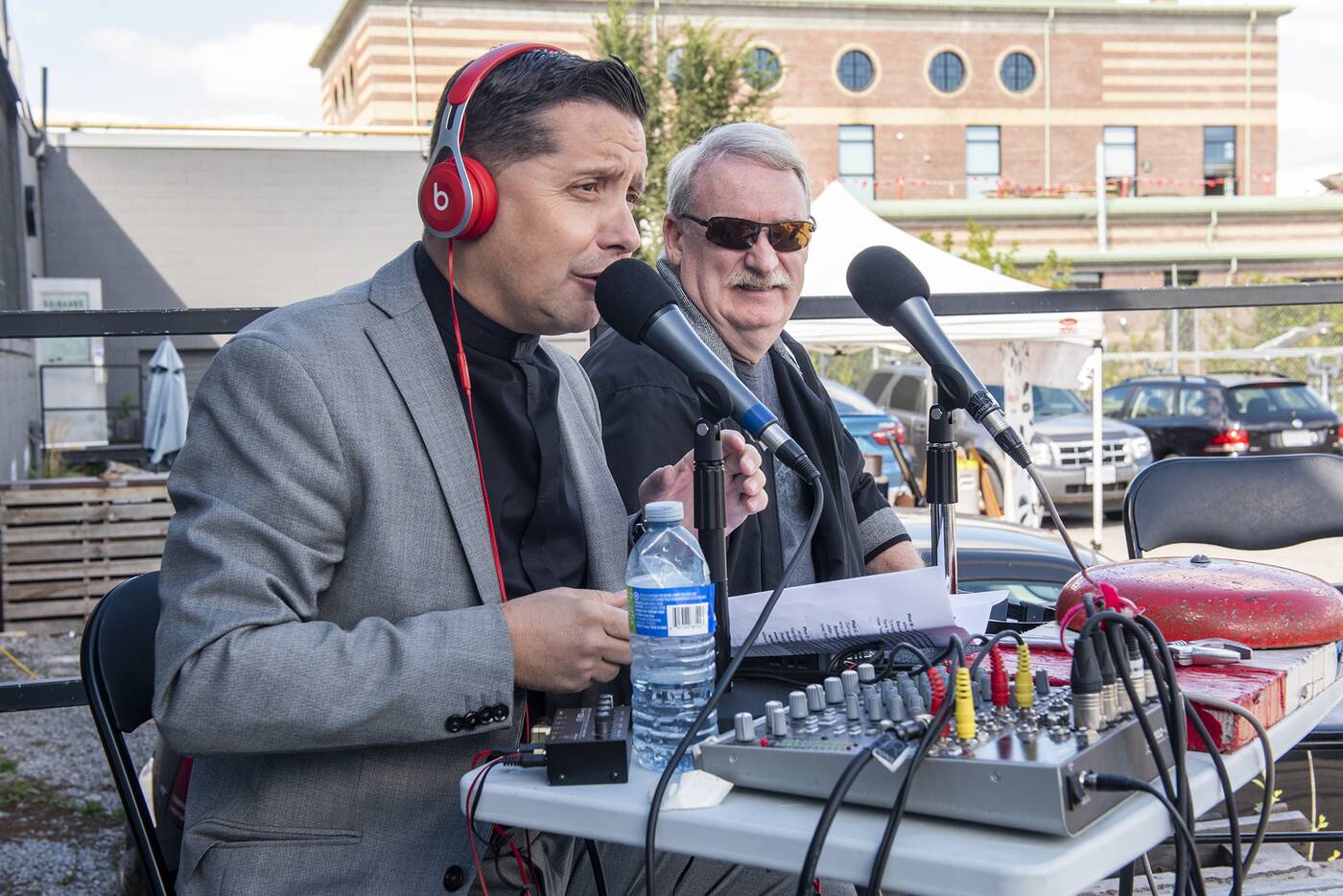 Entrance music and the voice of an MC boom over loudspeakers, announcing rounds of bouts beginning at 2 and 4 p.m. 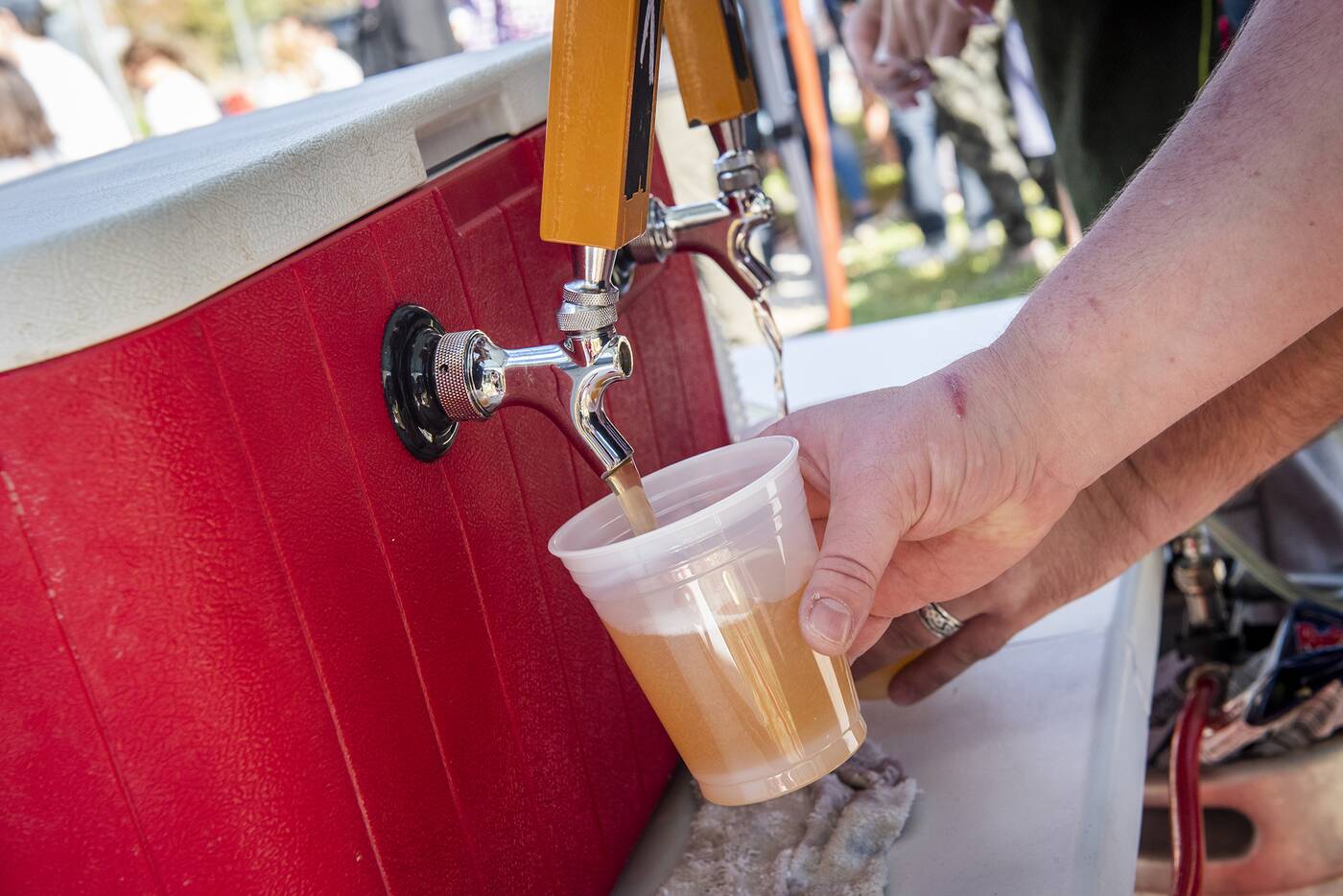 A beer tent is set up where tickets purchased inside the brewery can be exchanged for a craft IPA or lager. 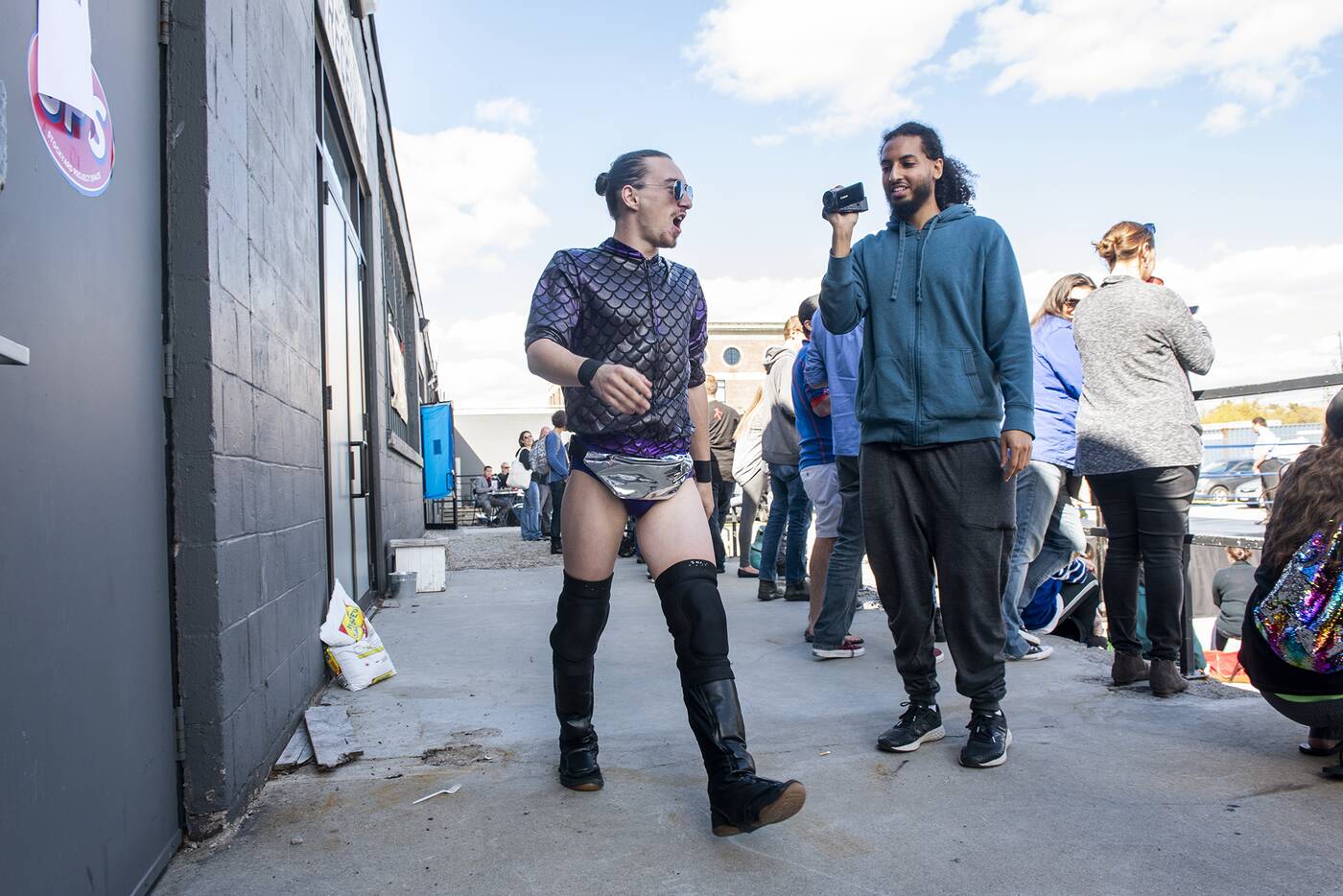 The show lasts hours, and it’s all filmed for posterity and viewable on YouTube. 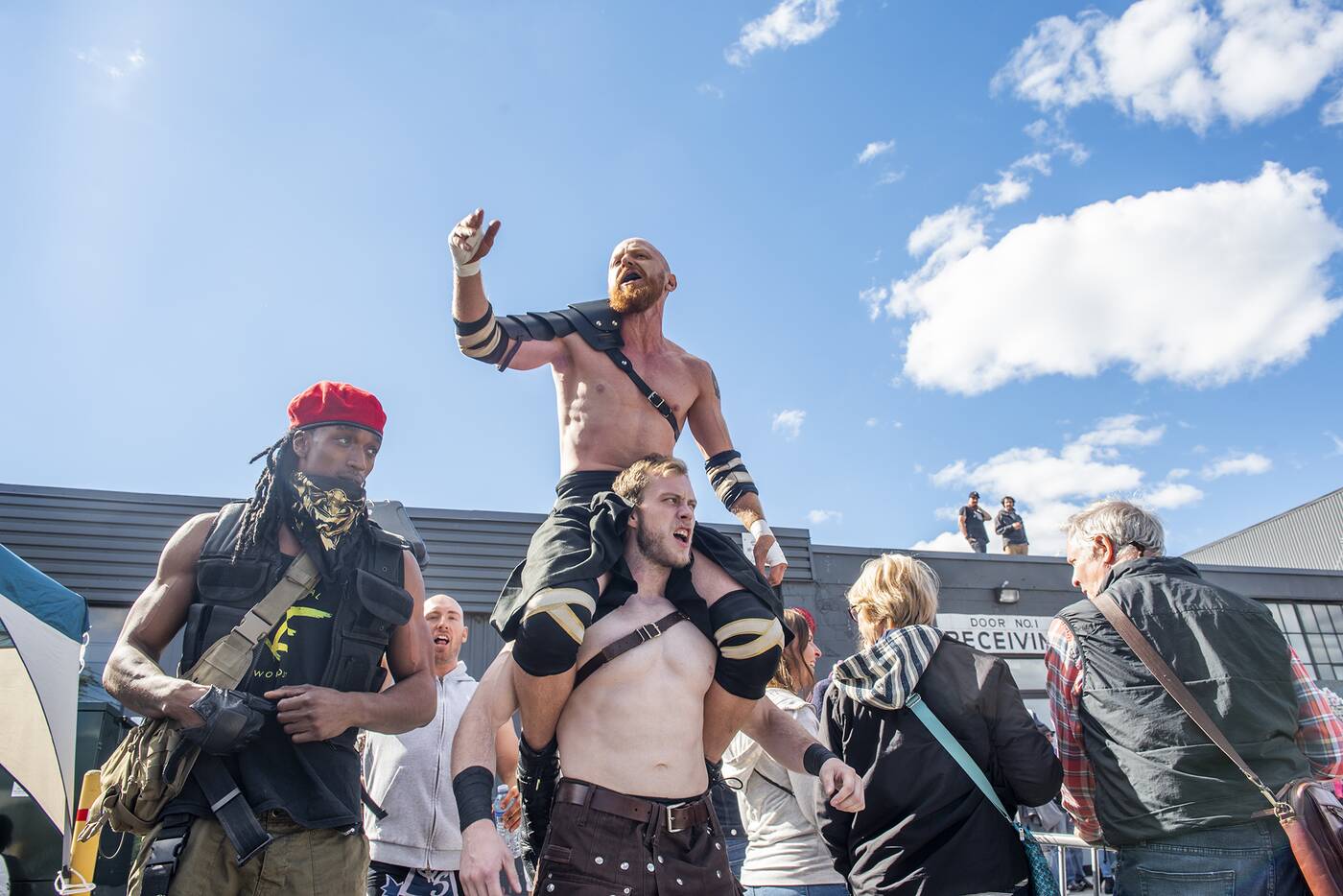 What Junction City founder Andrew MacRae (AKA Freedom Wallace, kilt-wearing bad guy) feels sets his league apart from others around (say, Smash) is an advanced storyline that pays homage to the camp of retro wrestling. 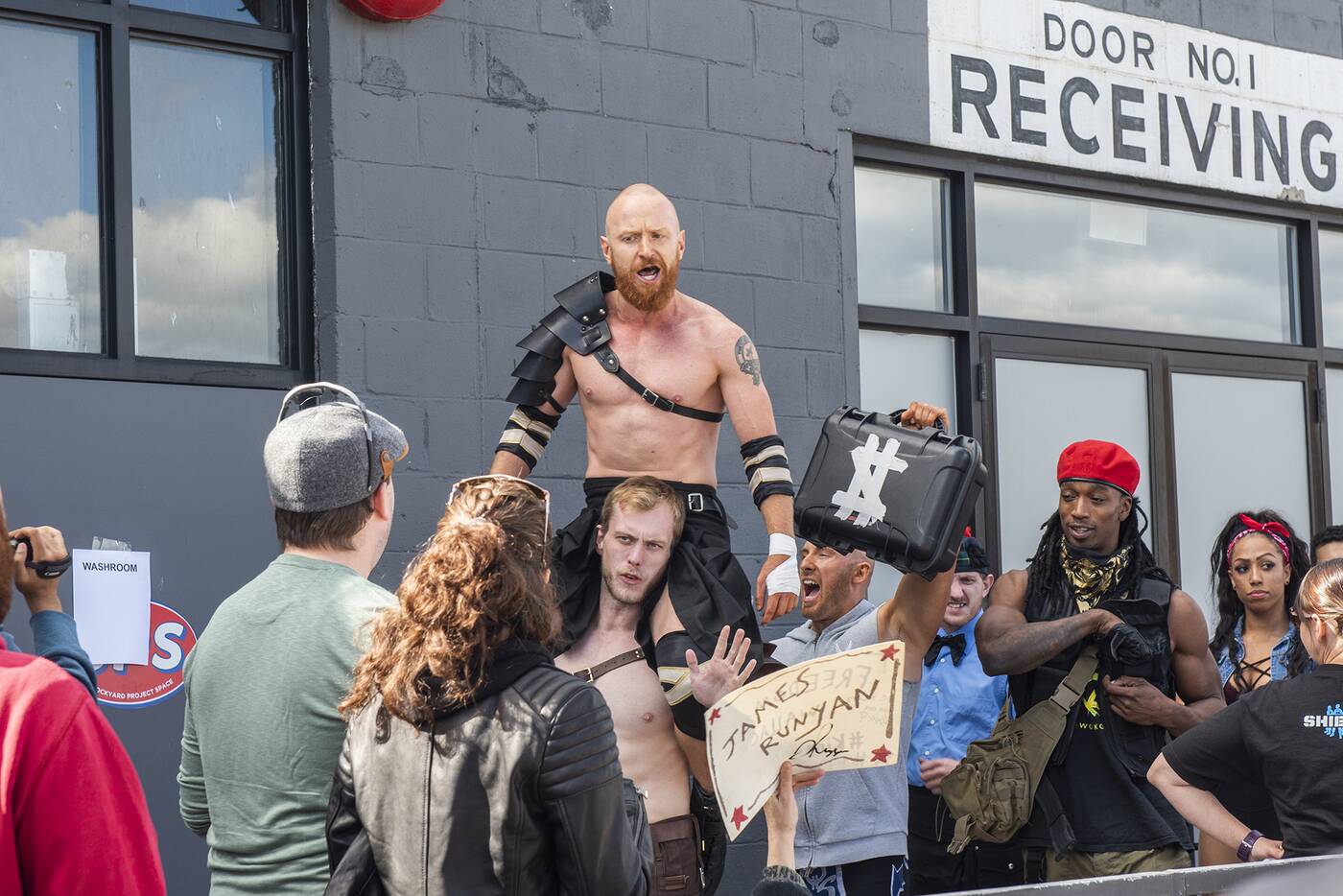 MacRae approached Shacklands co-owner Dave Watts back in 2016, asking if he’d ever considered hosting pro wrestling in the parking lot.

The idea for Junction City Wrestling came to long-time wrestling fan MacRae long before that even, the first seed of an idea germinating in 2013. First approaching other Junction spots like 3030, Shacklands just seems to be a perfect match. 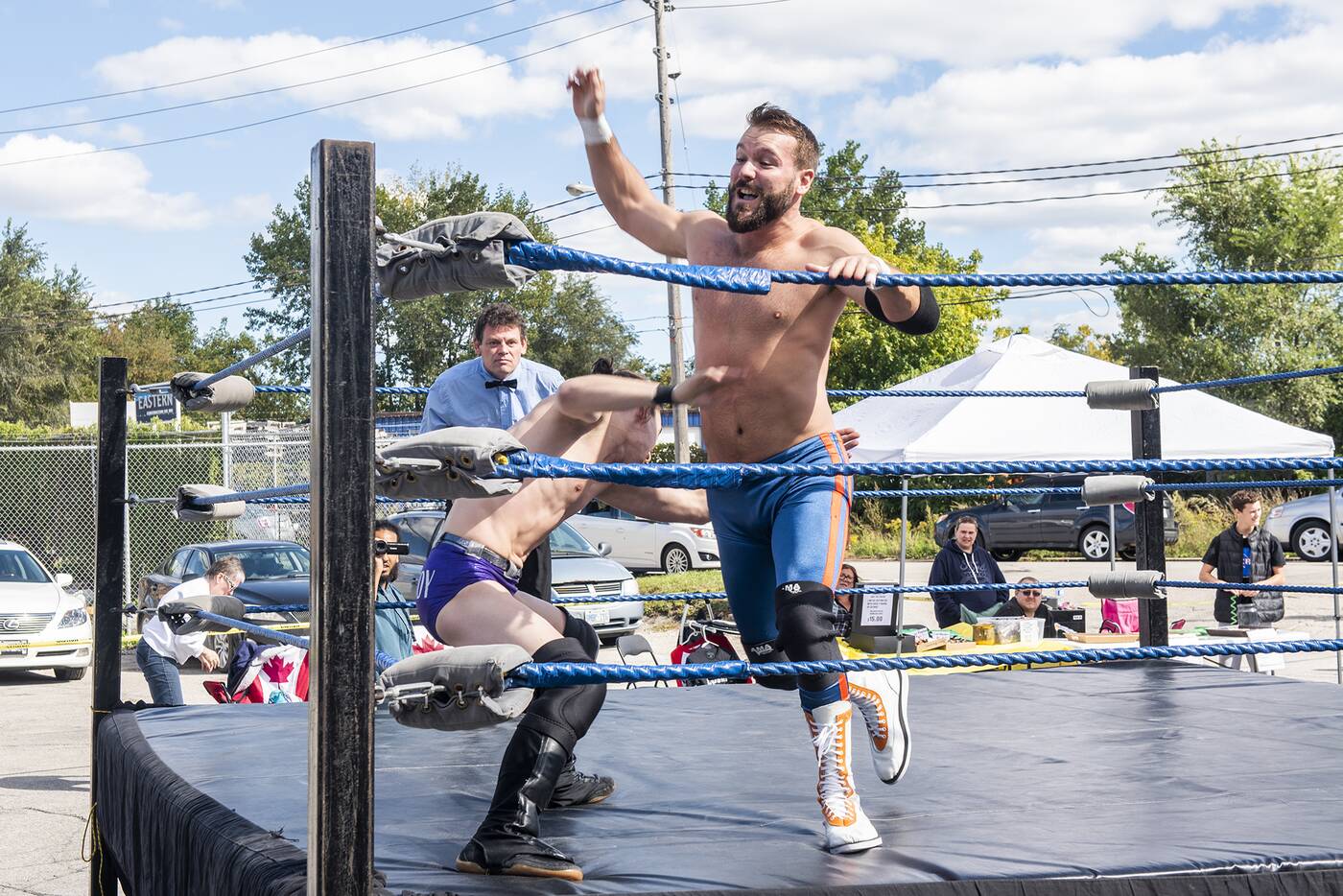 MacRae had been looking for a place where the ring would fit, and where the events could easily be paired with beer to draw out more than the typical wrestling fans.

The brewery and even Watts himself (sporting shiny pants, challenging wrestlers in an appropriately gravelly voice) have eventually found their way organically into MacRae’s dynamic storylines.

Over the years they’ve even developed “rivalries” with other breweries like Aviary Brewpub, home to Longslice Brewing. 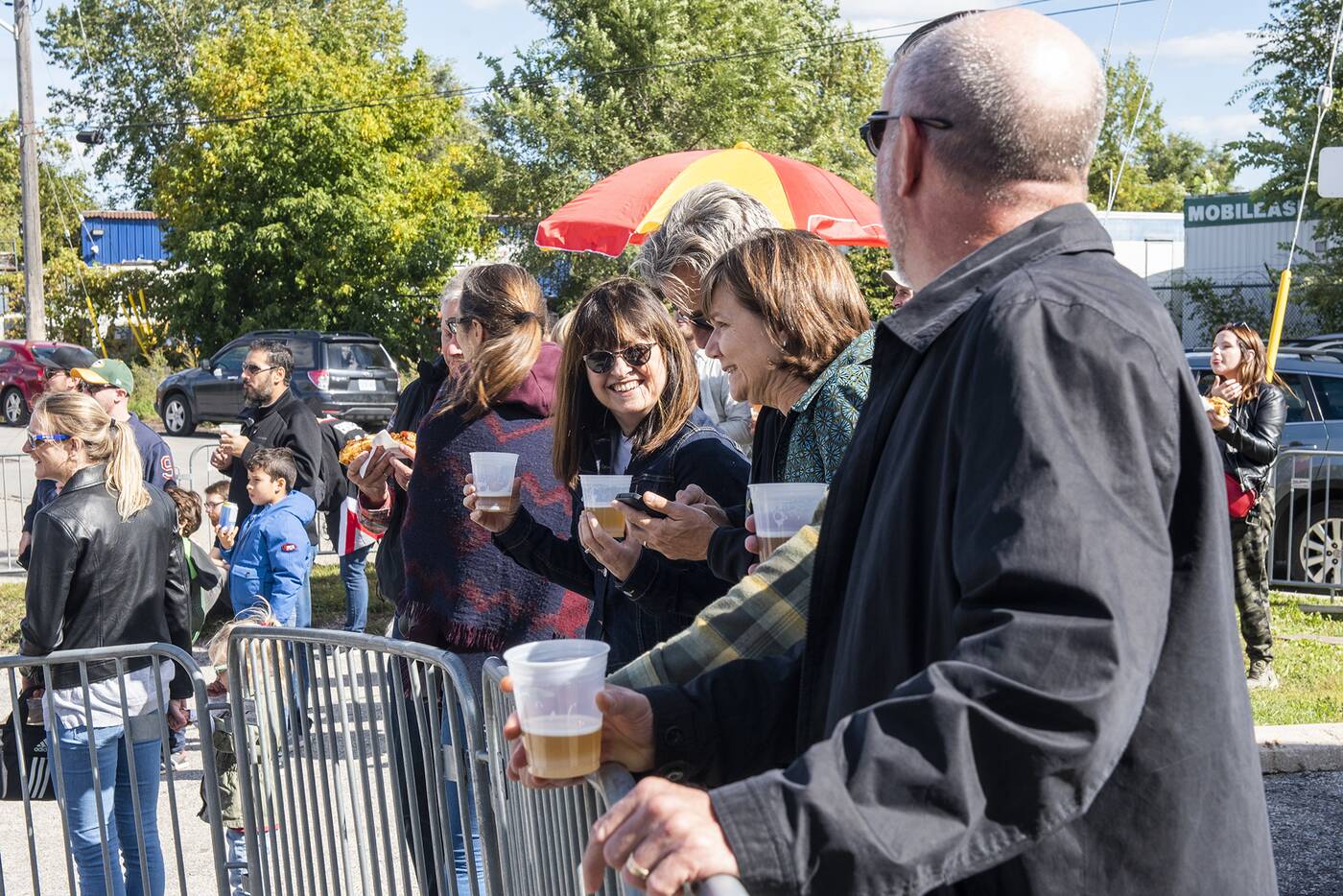 A lot of the all-ages crowd is made up of parents who used to watch wrestling and have brought their kids here to share their passion with them, and are more than happy for a daytime weekend activity that occupies little ones and serves fresh beer. 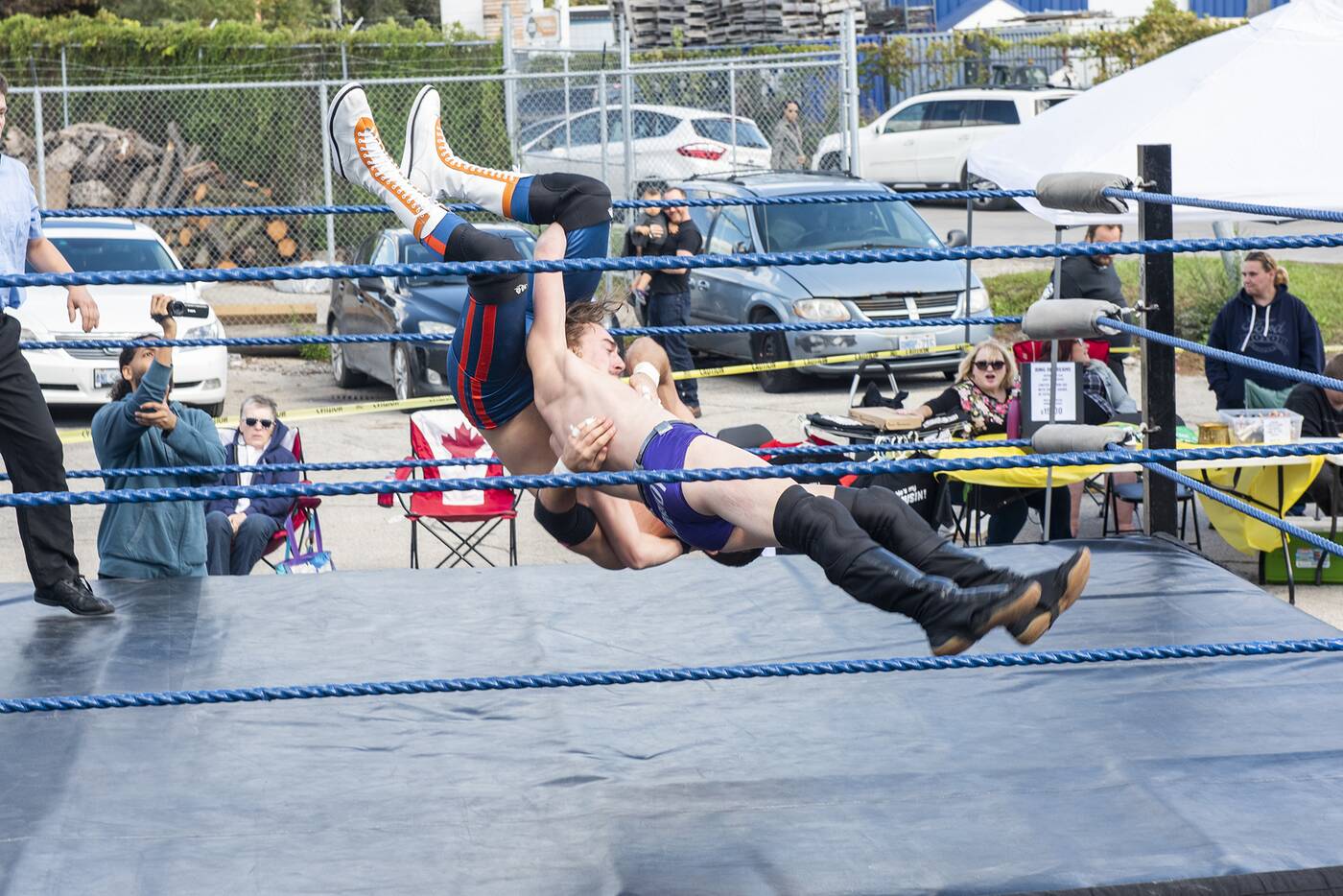 With the focus on story, the show ends up being less of a display of brute power and athleticism full of high-flying moves and more of a live theatre improv performance, albeit one with body slams, busted elbows and folding chairs to the noggin.

A rotating cast of costumed characters are more like paid actors for hire, this one of their regular gigs. Make no mistake, though, they’re chiseled athletes who train together five or six nights a week. 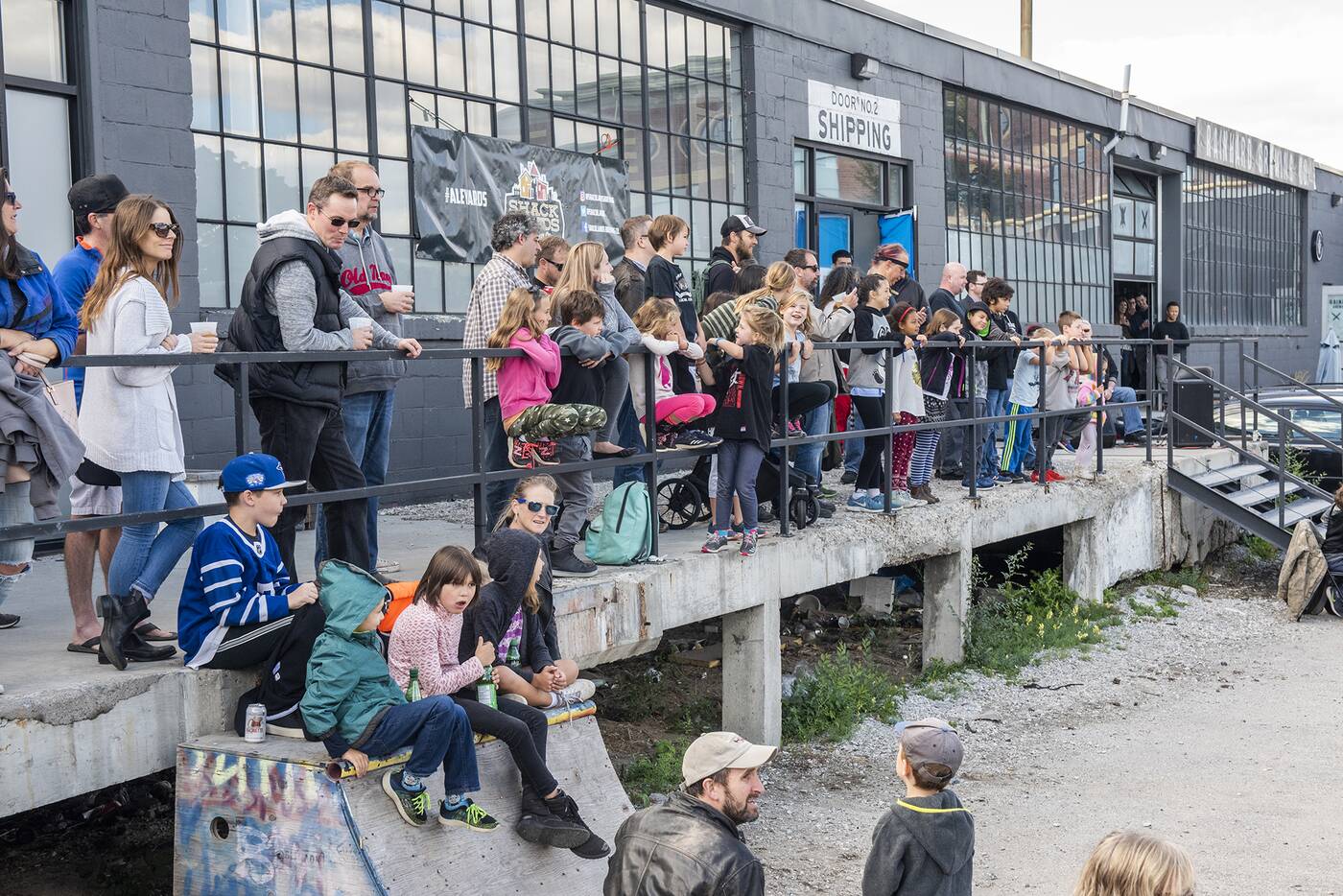 As with all improv and wrestling in general, sometimes there’s a little blood, but it doesn’t seem to bother the gaggle of little girls screaming “CHEATER! CHEATER!” in high-pitched voices. 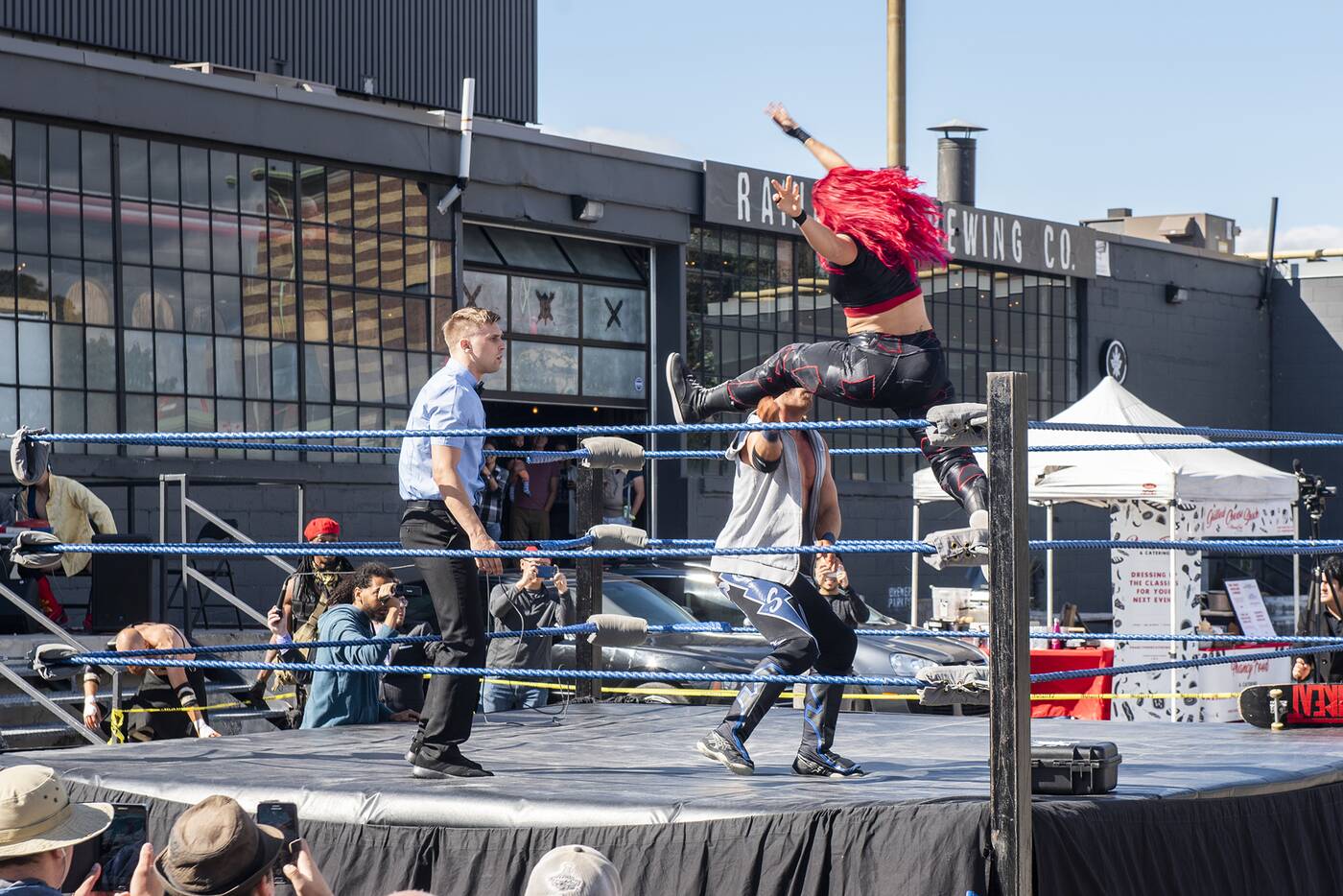 They witness matches between women as well as inter-gender bouts, as invested in the back stories as the adults, if not more.

Female wrestler Divia Chand (at one point known as Ailani Iolana) admittedly “wasn’t an athlete, more of a drama kid,” in high school. She’s one of the most notorious for her epic performance in a certain inter-gender match, saying she’s gotten better from wrestling men. 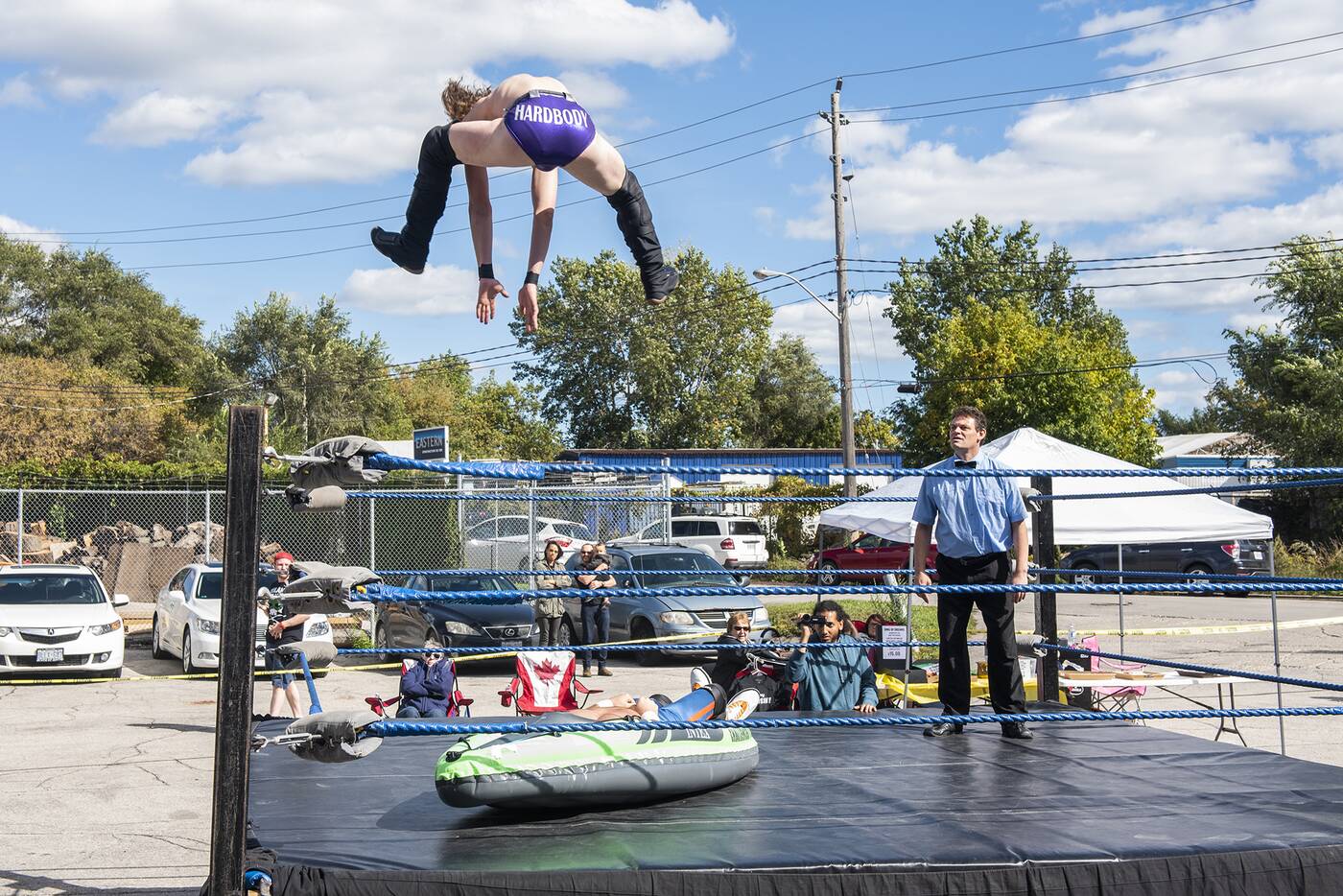 Most of the wrestlers here got their start training at Battle Arts in Mississauga. So if all these headlocks and luchador masks are calling your name, you can always head there to try on some spandex for size and see if you have what it takes to step into the ring yourself one day.

So far there have been five Junction City Wrestling events here at Shacklands, three in 2018. 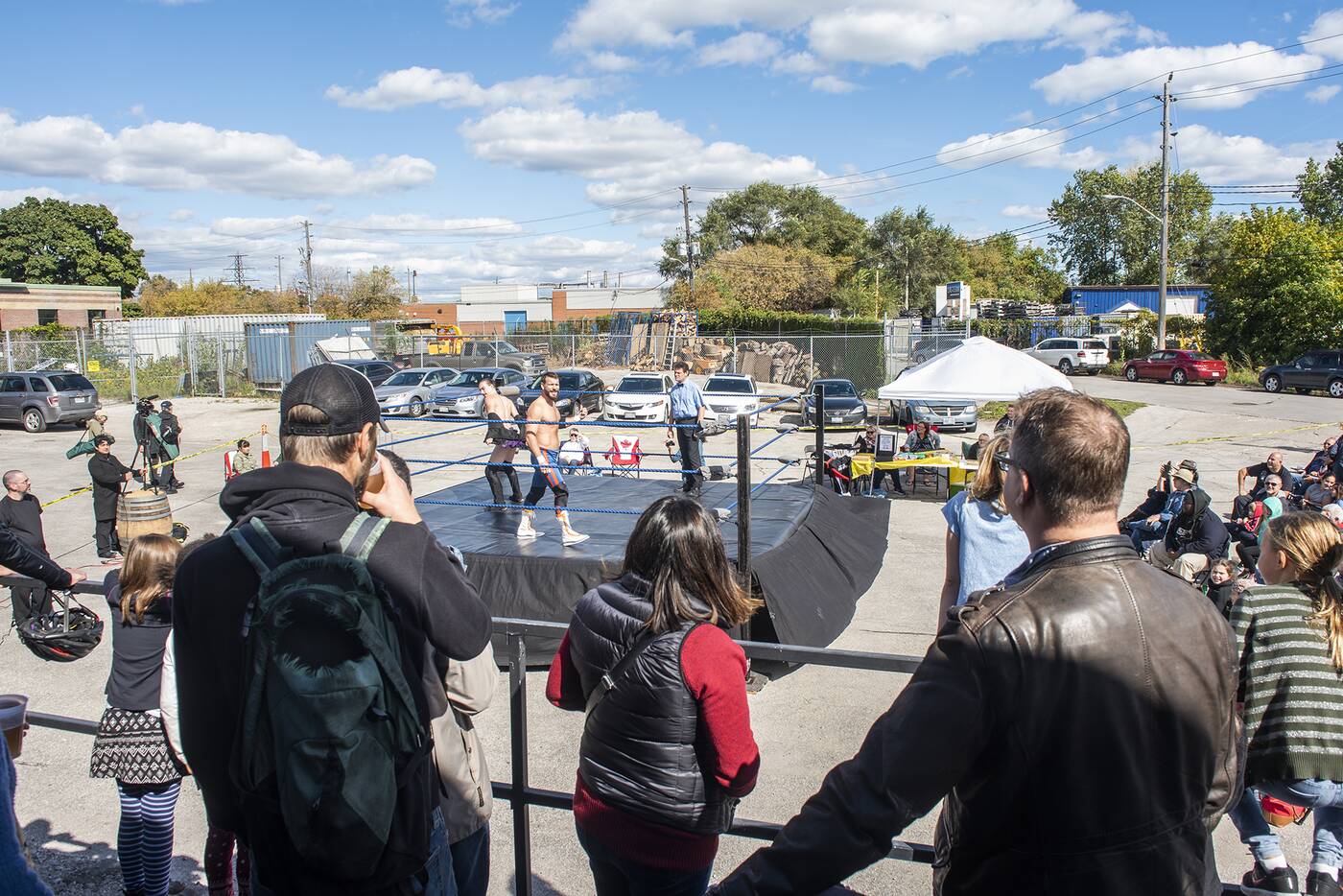 With attendance roughly tripling the second July of doing this, rumour has it when winter months prevent the events from taking place outdoors they may try to move them into the high-ceilinged Junction Brewing space nearby.

Thankfully we don’t need a pay-per-view package to stay tuned... 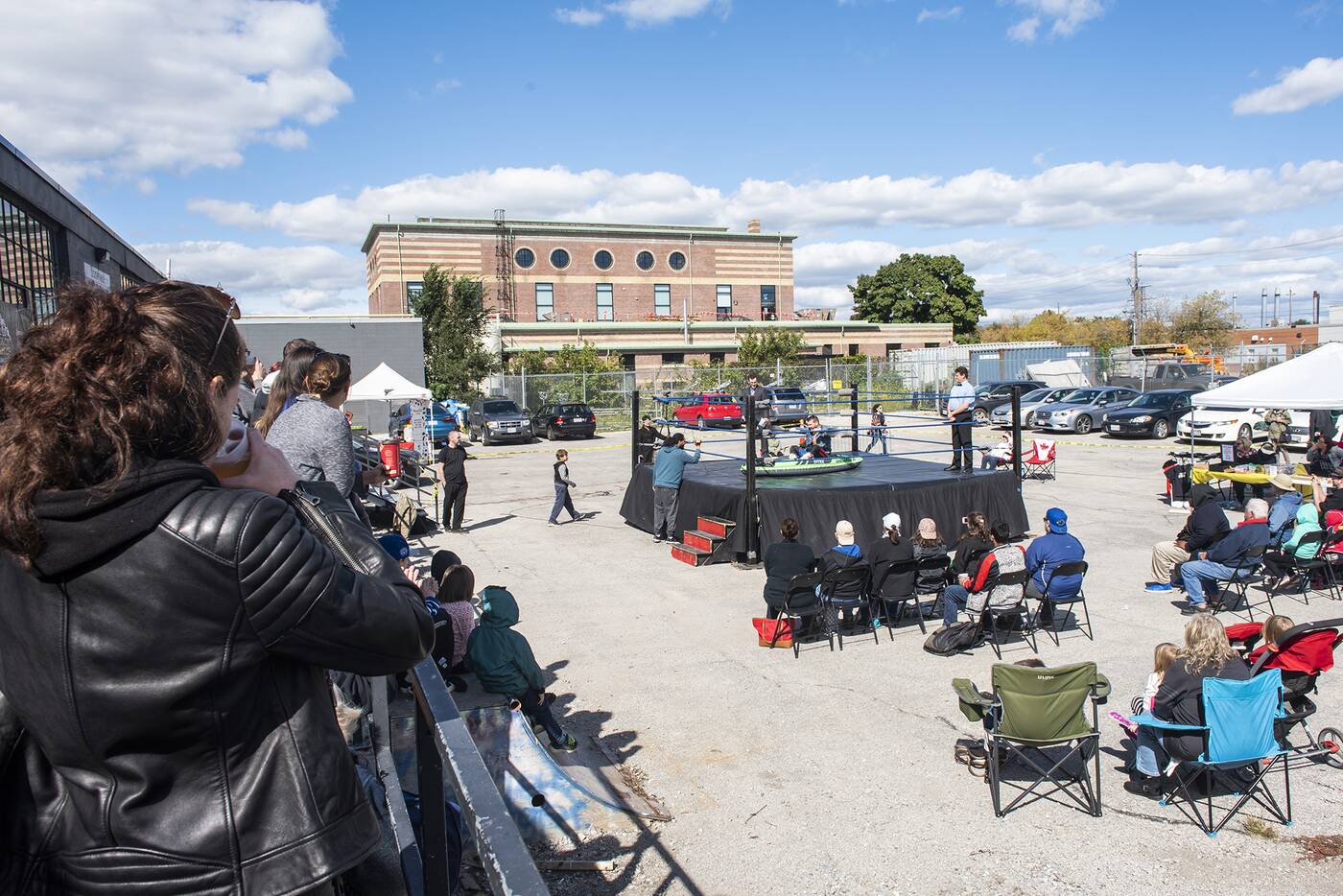