3030 Dundas Street West is, incidentally, both the address and name of a Junction bar. The lack of concrete signage isn't laziness, but could rather be interpreted as a refusal to be categorized.

Upon entry, you're greeted by a retro black and white TV set, a couch and a rug--where thirty-somethings sit with knees tucked under chins in a perfect pantomime of their younger selves. 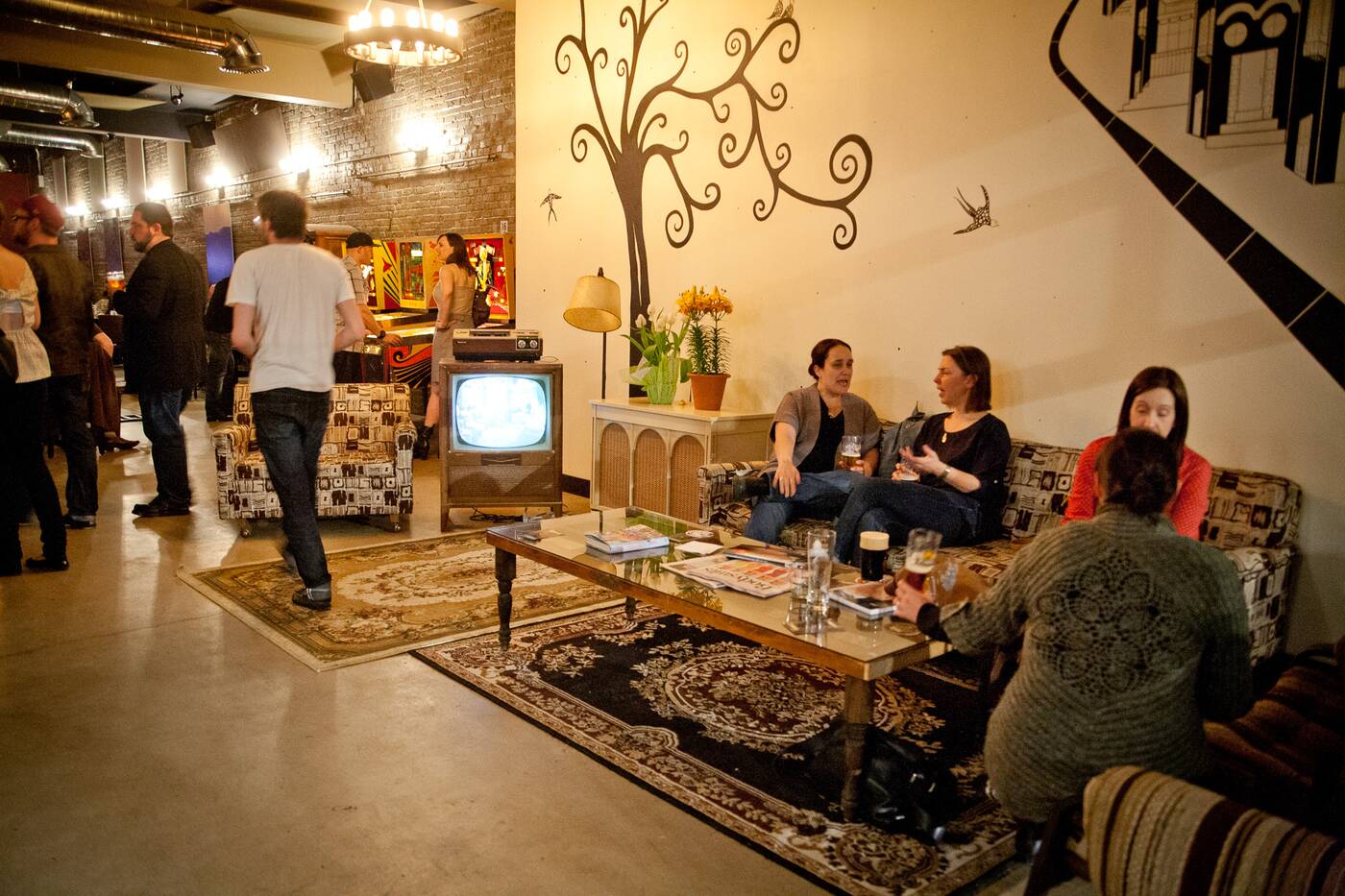 Beyond this, the space is cavernous. Exposed ducts snake along the ceiling, artwork lines one wall--which is a dedicated gallery space--and the generous number of tables scattered around the room are hand-coated with old beer company advertisements.

This accent is fitting for a bar devoted to craft beer, with 14 breweries represented on tap ($6 per pint)--many of them are local, including the soon-to-open Indie Alehouse just up the street. 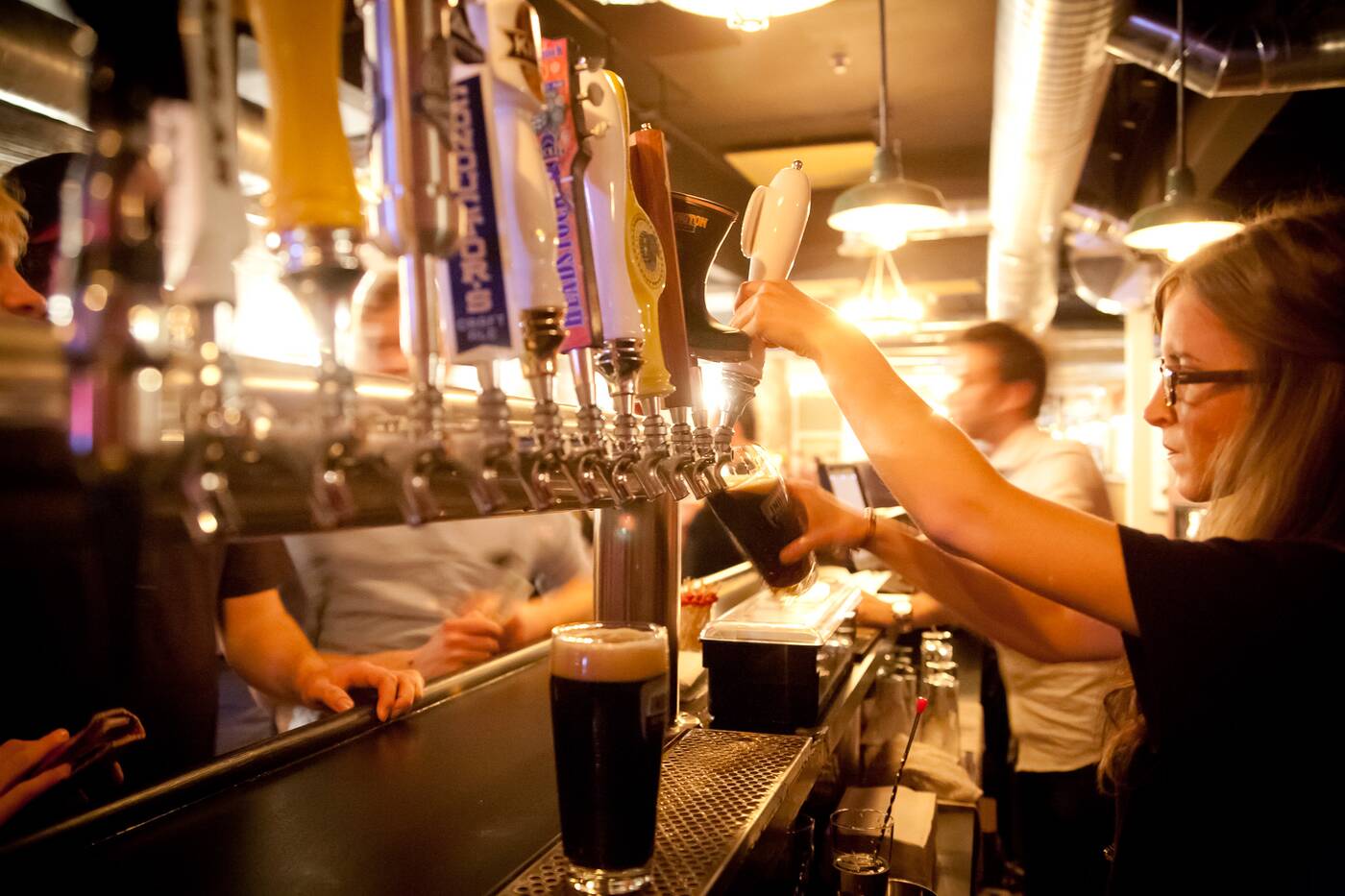 You'll find Beau's Lug-Tread, Junction Conductor Ale and Big Wheel, whereas Mill St. Organic's Blueberry brew will be tapped shortly. They're planning a weekly evening which will--in a nod to the area's Prohibition history--feature the bar's resident mixologist as well as lessons on cocktail creation and speeches from "booze ambassadors."

Many of the tables are strewn with game-pieces from the bar's decent selection of donated boardgames (I quickly rediscover my affinity and preternatural talent for Mastermind, and an as-of-yet unsatisfied curiosity about the Thunderbirds game). 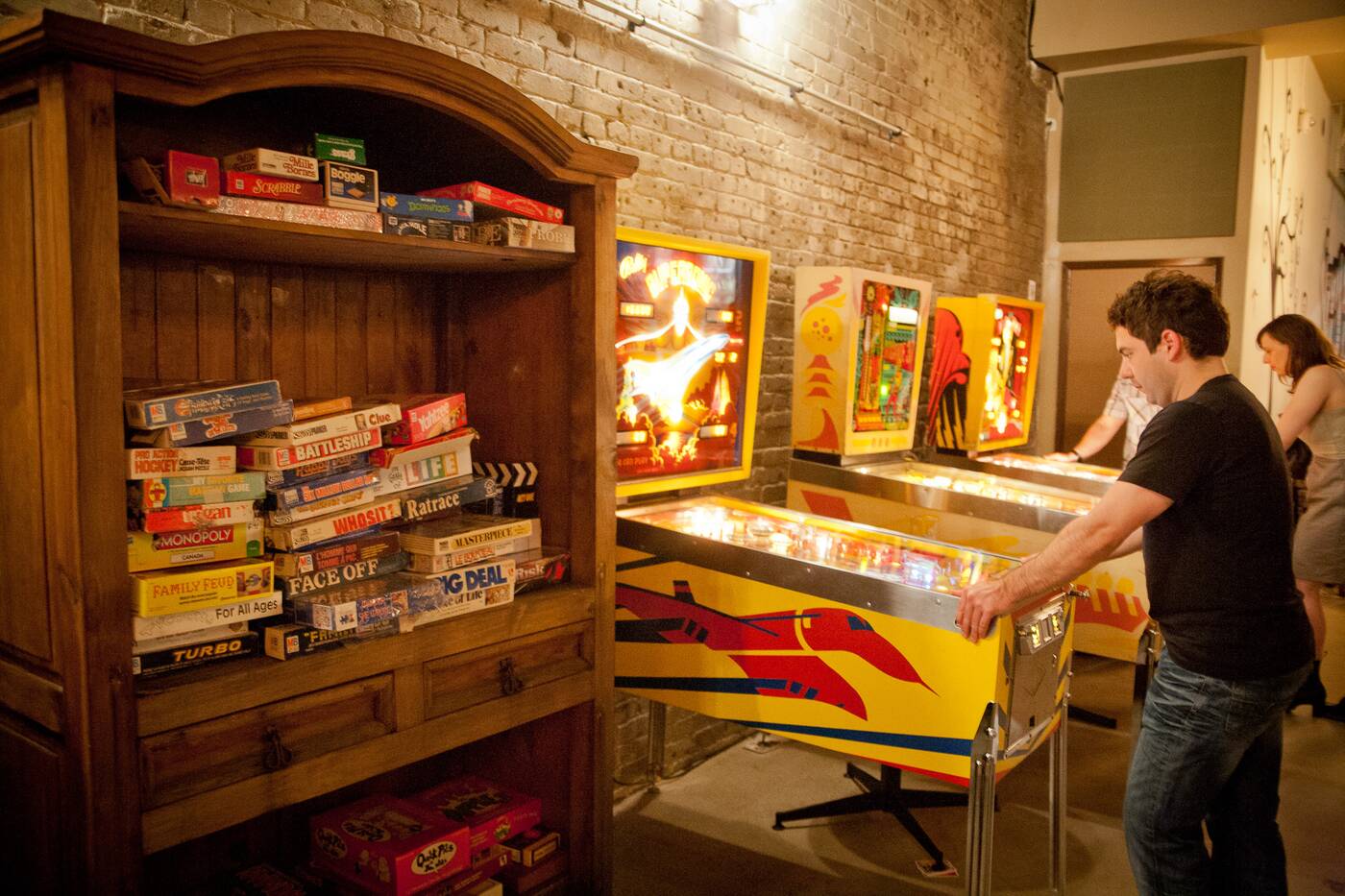 There are also three pinball machines, which get quite a work-out over the course of the night--Kelly tells me that they're from Pinball Cafe and they pay for the machines with the quarters they gather.

Who's behind this genius slice of adult fun? A family, of course. Jameson Kelly is a high-school teacher and moonlights as bus-boy and part-owner extraordinaire, along with his brother (and the bar's manager) Jeff Kelly. They opened just last Wednesday, and have already experienced an upswell of community support. 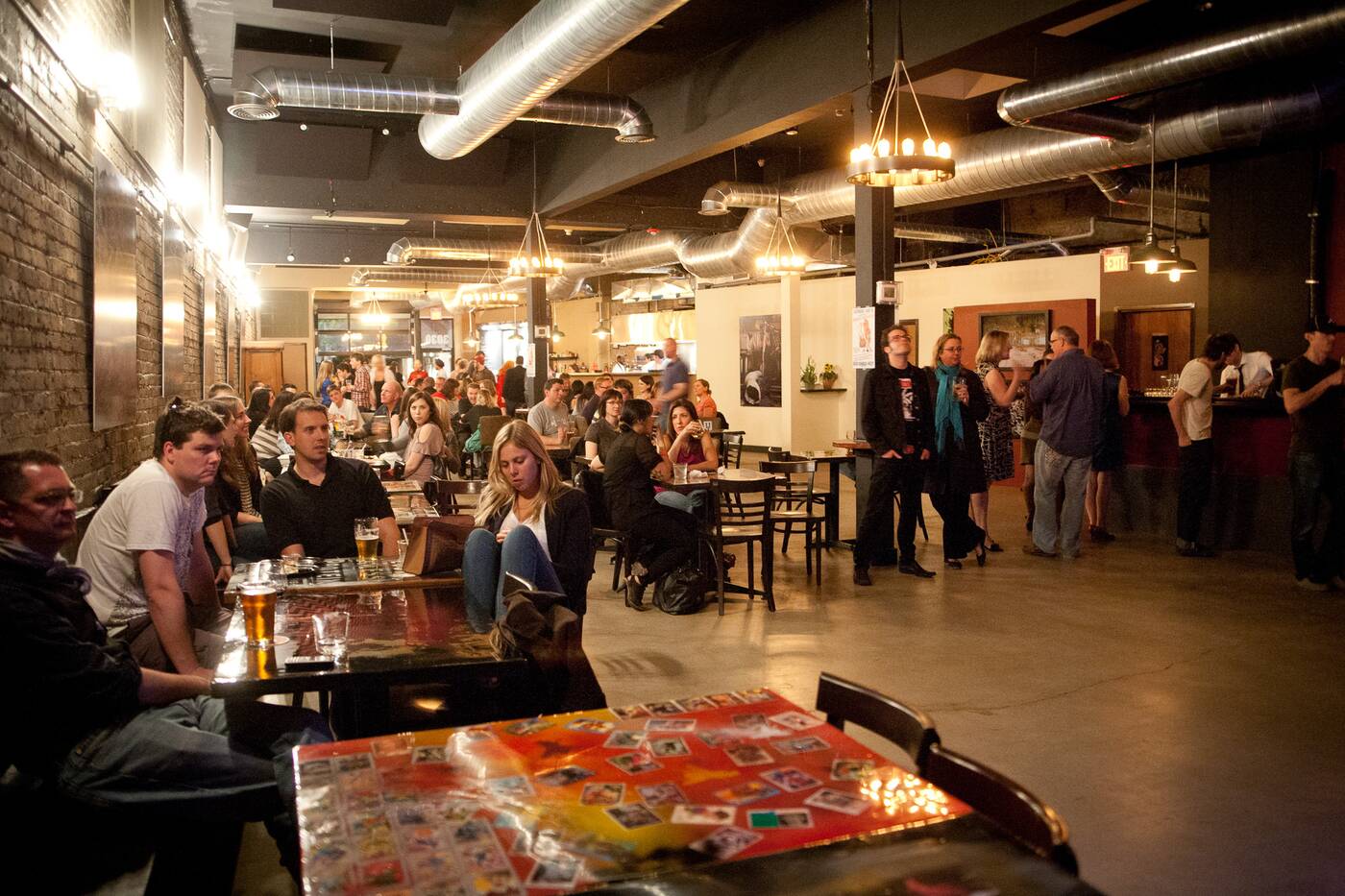 It was a Bad Boy furniture store in the olden days, after which Kelly's wife and her family ran a restaurant equipment repair business. When her father retired, the space sat vacant for some time until Kelly stepped in. W

On Saturday, the venue is jumping, jiving and grinding to an Andre Williams tribute night featuring local talent. The volume balance is a bit off but the solid honky tonk brought in crowds off the street, including a pony-tailed man with unbuttoned shirt. I even spot one or two recognizable Queen West baristas half-assing a shimmy. 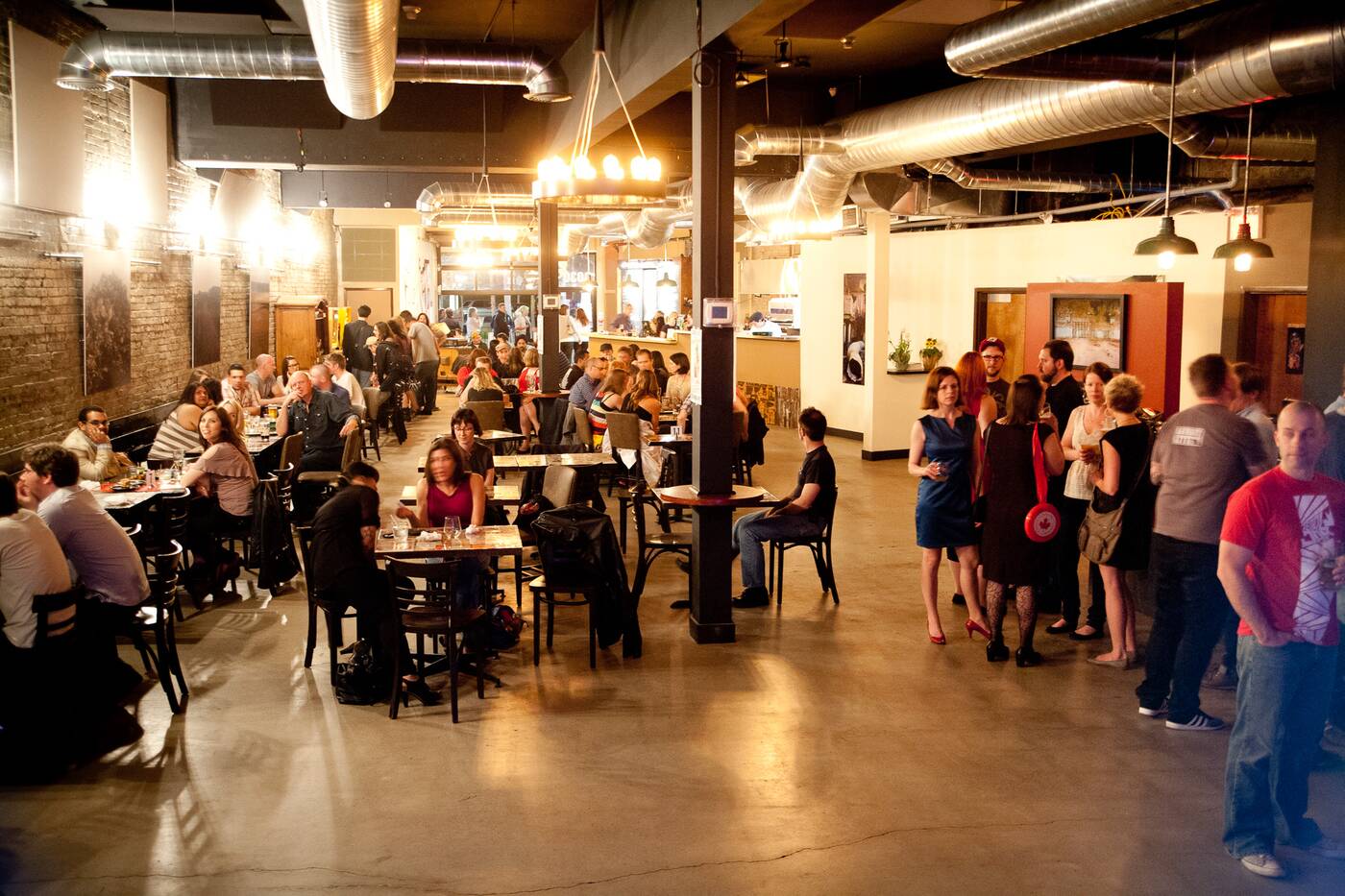 In a logical business model, the $5 cover goes straight to the bands. "We just run our business as usual," Kelly shrugs. "We have the stage, so why not share it with artists?"

Neighbourhood kids have apparently been overheard wondering about "that place with the games," while entering adults quite literally giggle at the sight of the pinball machines.

Kelly tells me, "We just wanted to create a space for people to re-live their youth and increase interest in the neighbourhood;" it seems they've stumbled across a perfect formula to do just that. 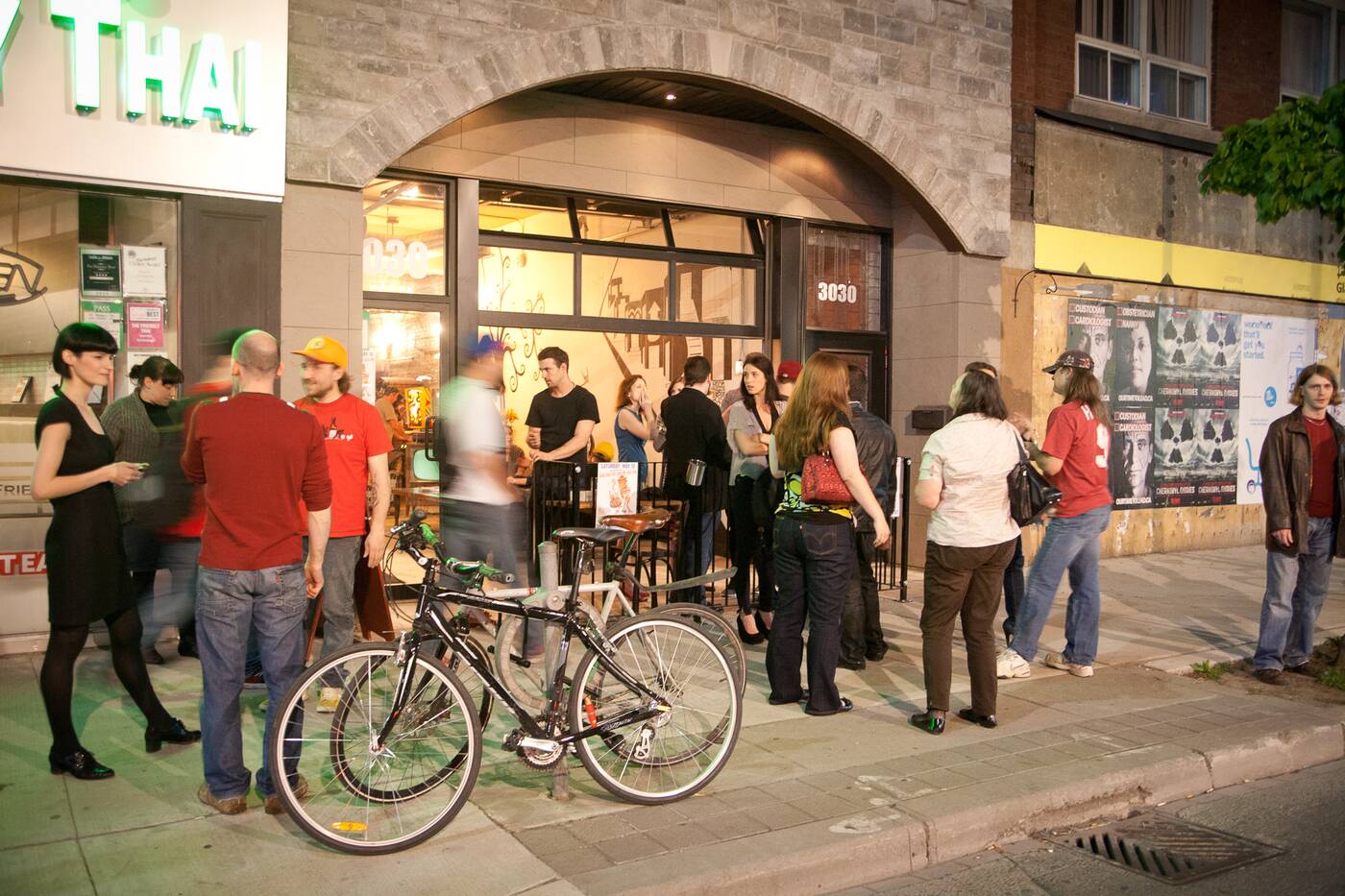