Toronto is getting a huge downtown park and beach

Ontario continues to move forward with its $100 million renovation of Toronto’s most famous theme park-turned-ghost park-turned-beautiful urban park and trail.

Last spring saw the opening of several revitalized spaces at Ontario Place, most notably on the island's east end, while winter gave us a brand new outdoor skating rink.

Trillium Park and the William G. Davis Trail are once again yours to discover now that warm weather is moving into the region, but they're still only the tip of the iceberg. 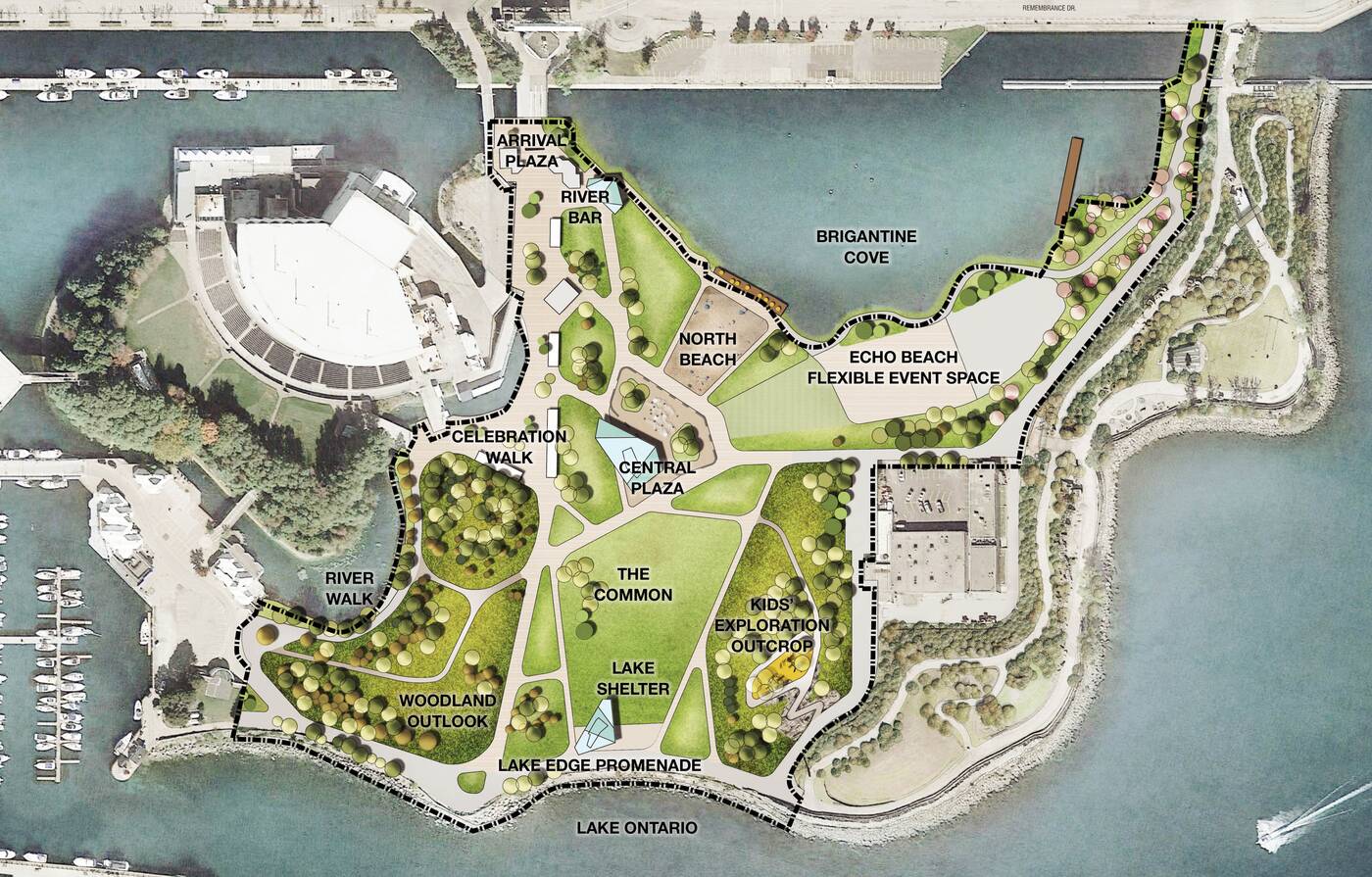 This map shows the plan for the Ontario Place grounds.

The province has, for years, been planning to transform a 20-acre land mass in the middle of Ontario Place into something called Celebration Common.

Details for the forthcoming "flexible green space" have been relatively sparse until now, save for the fact that it will be roughly the size of 14 football fields and be used for "open-air cultural activities," among other things.

This changed today with an announcement from Ontario Minister of Tourism, Culture and Sport Daiene Vernile.

In a Tuesday afternoon press conference, Vernile once again underscored the province's intention of turning Ontario Place into "a vibrant year-round destination" along Toronto's waterfront. 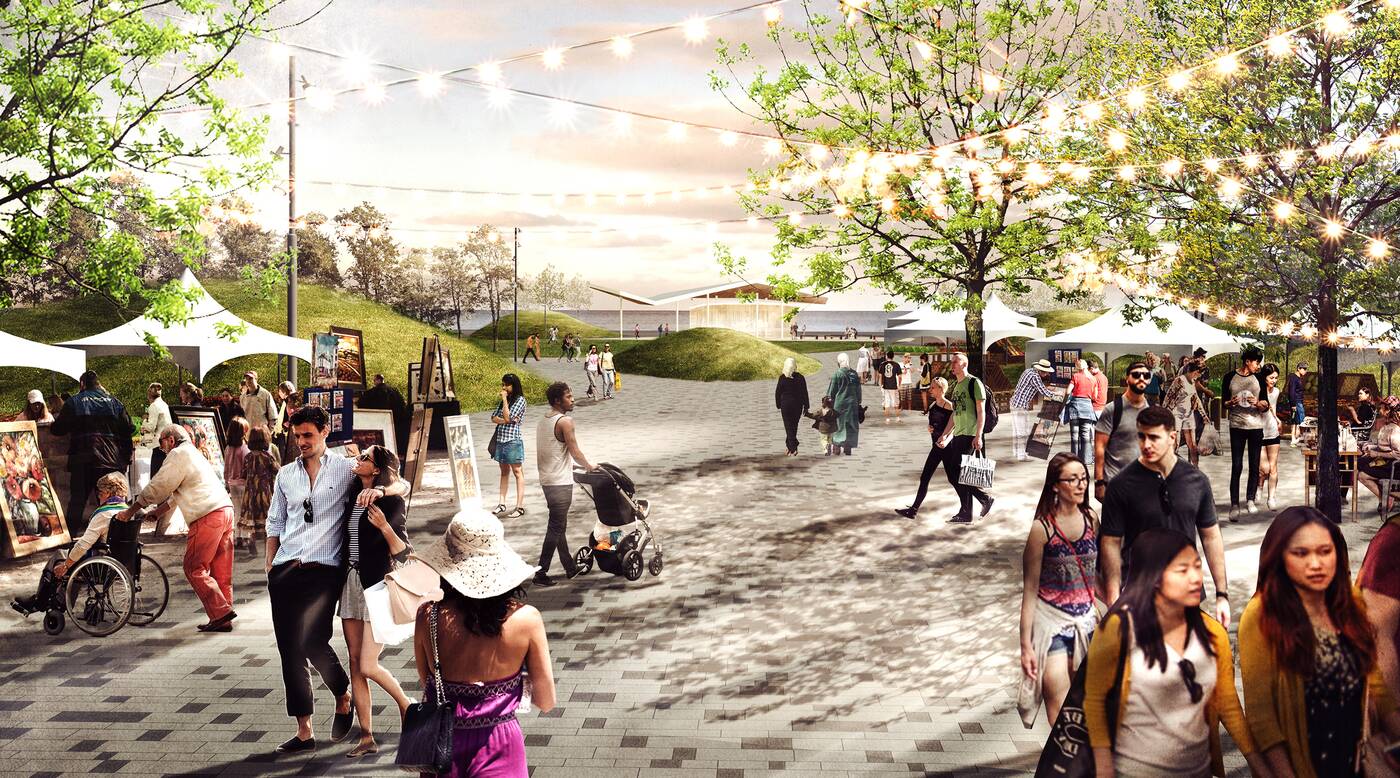 A rendering of what's coming to Ontario Place showing an area for summer markets.

She also released tons of new details about the park's planned design — one of which involves a freaking beach, just steps from the downtown core.

Renderings for the space, designed by award-winning urban architecture firm DTAH, show everything from a "kids exploration outcrop" play area to a "woodland lookout" with unique views of the city skyline.

North Beach, nestled along Brigantine Cove between Ontario Place and mainland Toronto, is described as an "area for recreation and activities such as beach volleyball or paddling."

Unlike Echo Beach, it will be filled with sand and have waterfront access, like a real beach. The renderings even show a smattering of yellow umbrellas similar to those seen at HTO Park.

Celebration Common won't be ready in time for this summer, sadly, as an environmental assessment must be completed prior to construction.

Still, Ontario Place is already leaps and bounds beyond what it was a few years ago. With Trillium Park, the William G. Davis Trail and the newly-re-opened Cinesphere, it's already shaping up to be a summer hot spot.

We'll have to get our fix of sand at Hanlan's until then.