Ontario's most popular skating trails offer picturesque passage through thick forests, but there's a new option this season that takes the scenery to the next level. Set for its grand opening on January 25, the mountaintop skating loop at Blue Mountain is as pretty as they come.

Woodview Mountaintop Skating had been in soft launch as of late December last year, but warm temperatures over the last little while caused it to shut down temporarily. Now, thanks to a blast of cold weather, it's set for its official coming out party. 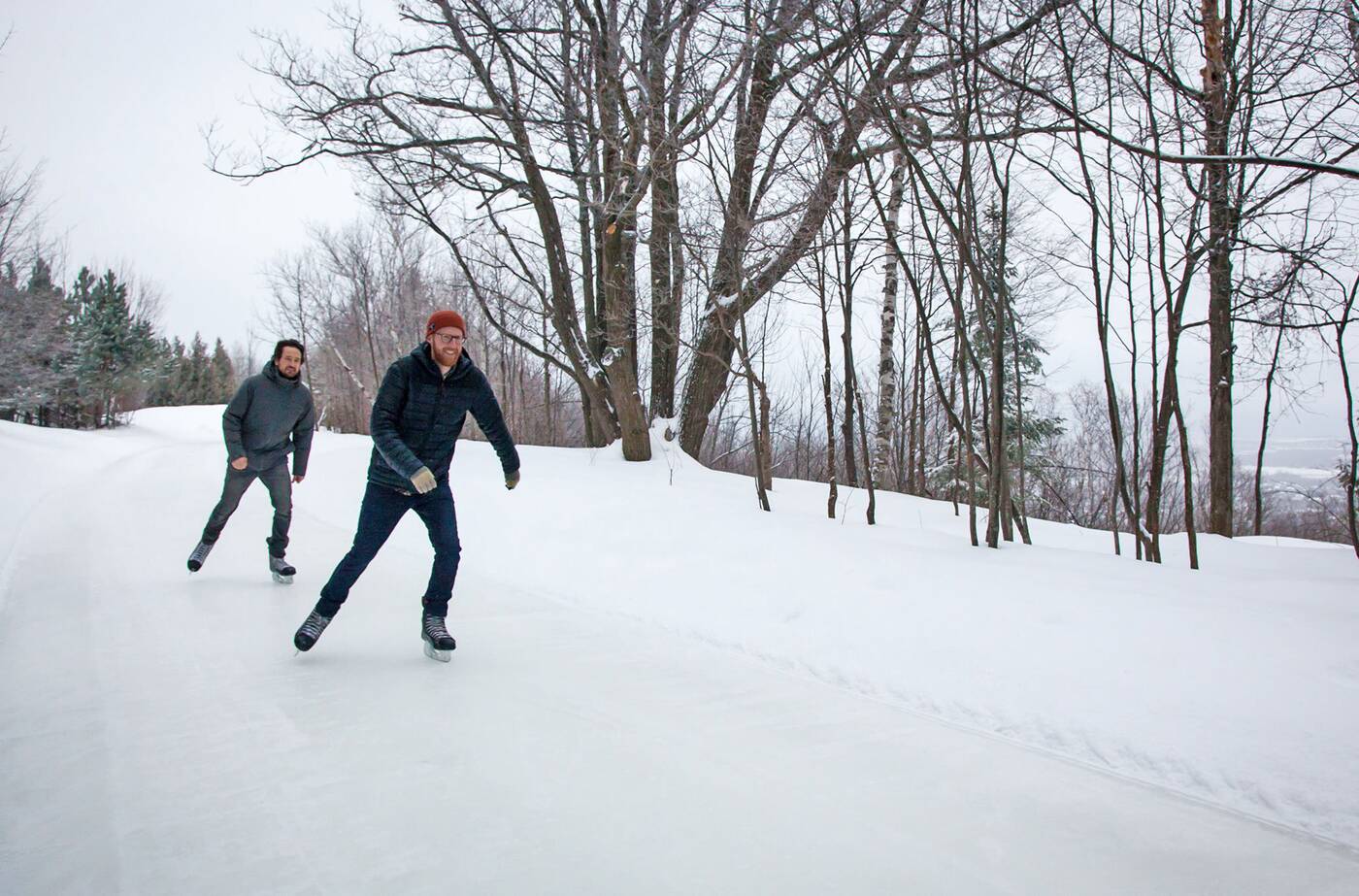 One of the open sections of the loop with a view down the Escarpment. Photo courtesy of Blue Mountain.

What makes the 1.1 kilometre loop unique is the sweeping views offered from its perch atop the Niagara Escarpment. Skaters wind through both a heavily wooded area and more open sections that offer sight lines down to Georgian Bay and the snow-covered countryside below.

Also worth noting is that torchlit skating will be offered on weekend evenings between 6 p.m. and 8 p.m. This activity has been wildly popular at the Arrowhead's trail, so you can expect the same here.

Admission to Woodview Mountaintop Skating is $16 for adults, which gets you two hours of access. There are also skate rentals and a food stand at the trailhead with items like hot chocolate and gourmet hot dogs.