This surreal cave system is three hours from Toronto

You might not know it, but the country around Toronto is dotted with fascinating cave systems that date back tens of thousands of years. There are merits to exploring the most popular caves in the province, but one system in particular promises an epic adventure. 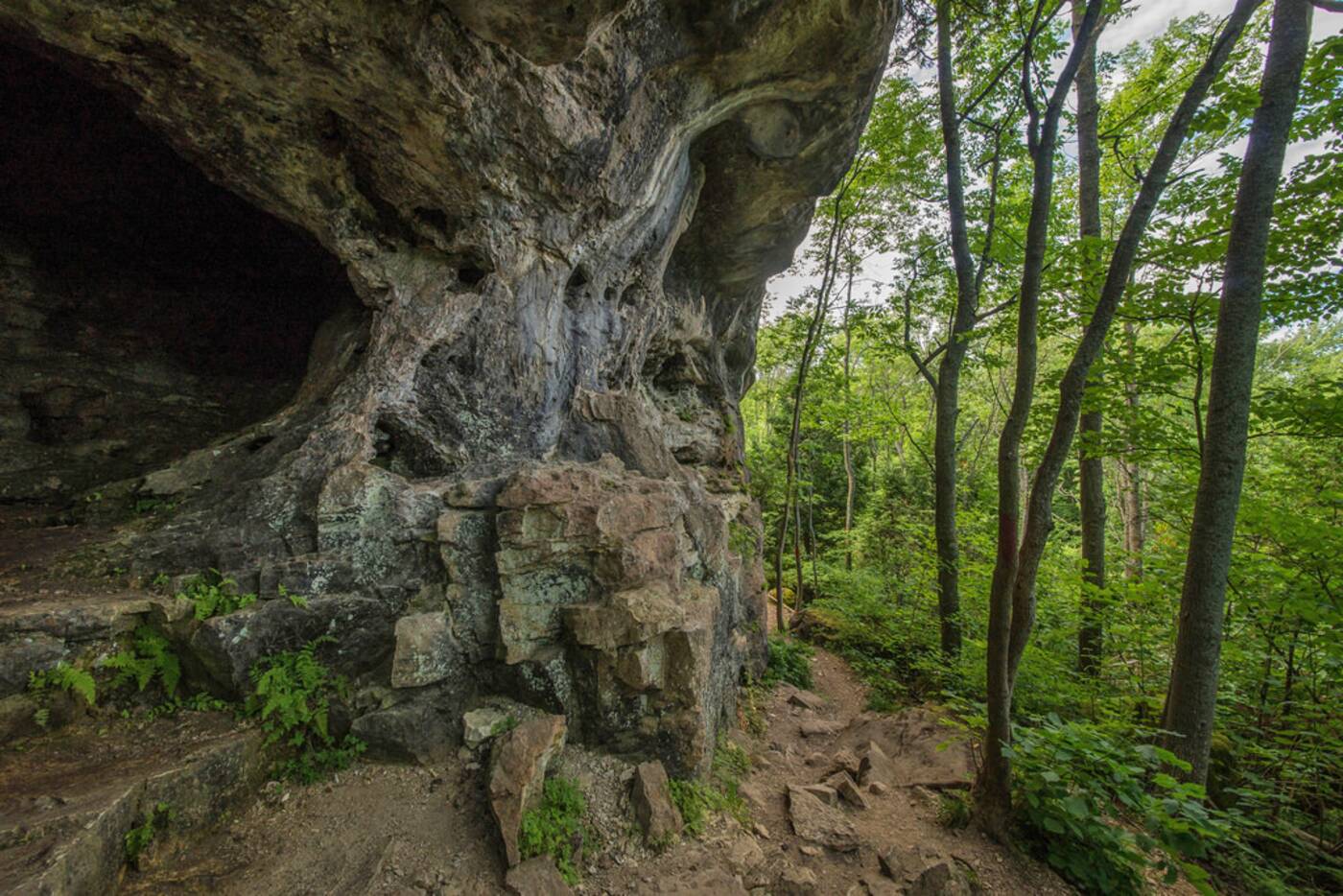 The entrance to one of the caves. Photo by Paul McGoveran.

Grieg's Caves are located in Lion's Head, just north of Owen Sound on the Bruce Peninsula. The caves here date back roughly 7,000 years and were formed through varying rates of erosion between mineral-rich dolomitic limestone and the softer variety that gave way to waves from the post-glacial Lake Algonquin.

Movie buffs will recall that this was one of the key settings in the 1981 film Quest for Fire. For a while that gave this natural attraction a bit more of a following, but it remains something of a hidden gem now. 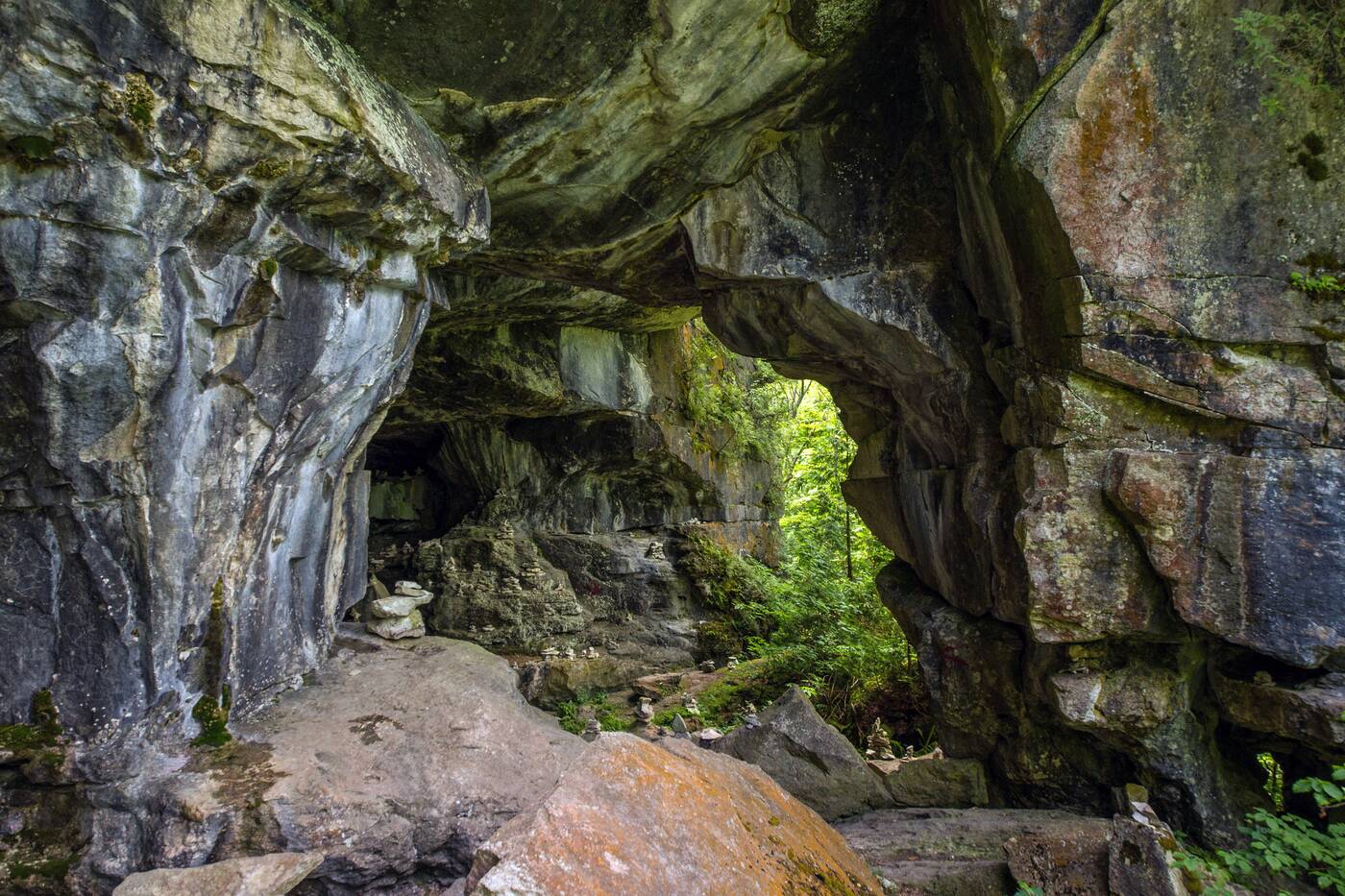 There are plenty of rock formations to explore for those who are claustrophobic. Photo by Paul McGoveran.

The thing that makes a trip to Greig's Caves so incredible is that you're allowed to go on self-guided tours. In other words, you can really go exploring while you're here. So many of Ontario's caves only permit access with a tour guide.

One of the reasons why you'll want to see this surreal natural attraction on your own is that the landscape surrounding the caves is so dramatic. You might even say the stunning cliff formations are more impressive than the caves themselves.

They're certainly better for claustrophobic people, who still have plenty of reasons to pay a visit even if they never enter any of the truly cavernous areas. A hike through the craggy wilderness to the soaring lookout over Georgian Bay is worth the price of admission. 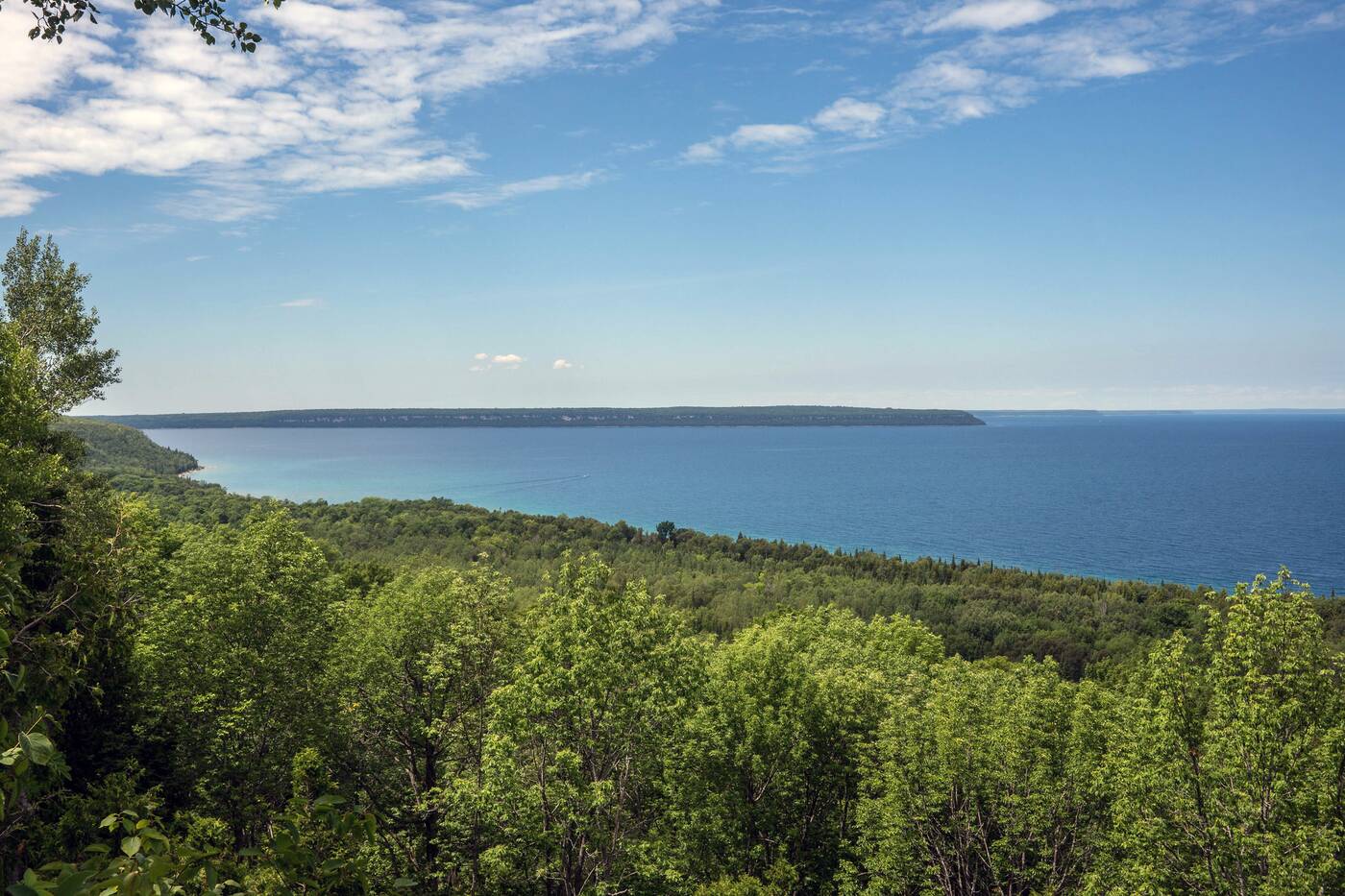 The view from the 250-plus foot high lookout. Photo by Paul McGoveran.

For those who do fancy the idea of subterranean exploration, there are 10 caves on site. These range considerably in size, but you'll need a flashlight to get your bearings in the biggest ones, where you might even spot a fossil or two. 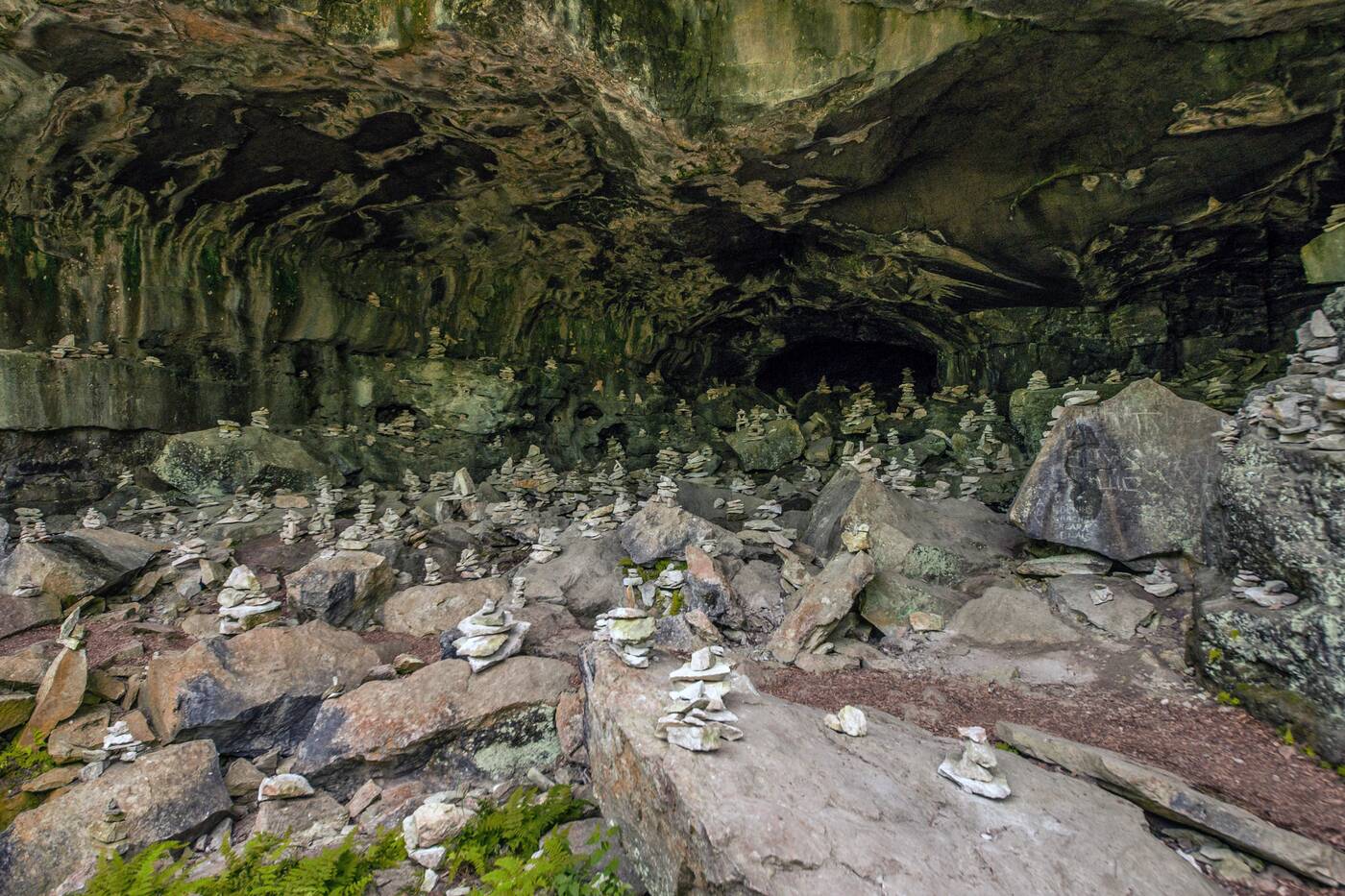 Inside one of the 10 limestone caves. Photo by Paul McGoveran.

Greig's Caves is open from 9 a.m. to 6 p.m. in peak season (July/Aug), and 9 a.m. to 5 p.m. in the low season (May/June and Sept/Oct). On occasion, inclement weather will close the attraction. Fees are $10 for adults and $5 for kids, which includes parking.