This is what the mermaid school in Toronto looks like

Aquamermaid was founded in Montreal by Marielle Chartier-HĂŠnault in January 2015. After finding success in Quebec, she made the decision to open up shop in Toronto. Though Aquamermaid is available to book for parties, events and photoshoots, its main offering is the mermaid classes ($300 for a 10 lesson package). 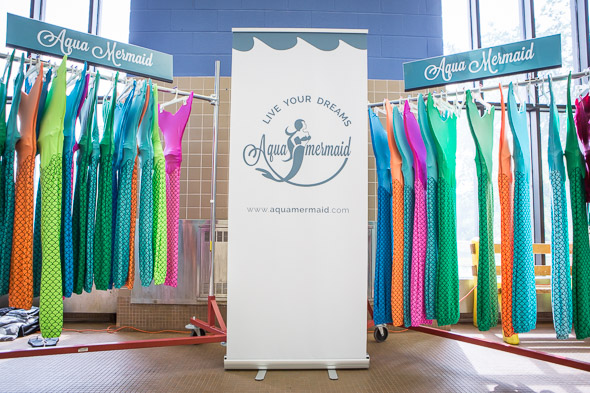 I arrived at the mermaid class, completely unaware of what lay ahead. After choosing a tail (sparkly), completing a warm-up (stretchy), and proving I could swim (barely), we pulled on our tails and got in the water. 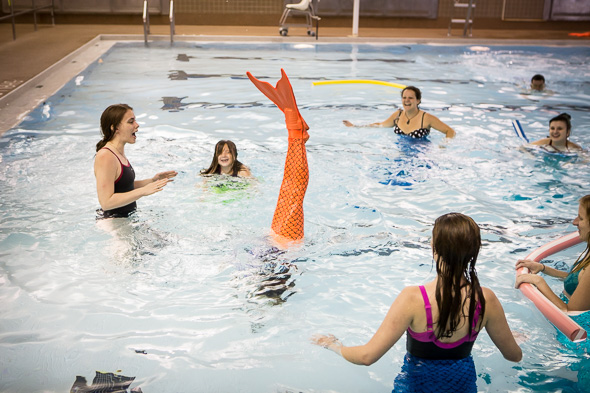 The class was packed with learning; the attentive instructor taught us how to swim in the tails on our fronts, backs and sides, we learned how to make large and small waves, and we finished with some professional-looking tricks that were worthy of a featured spot on a fin fetish website. 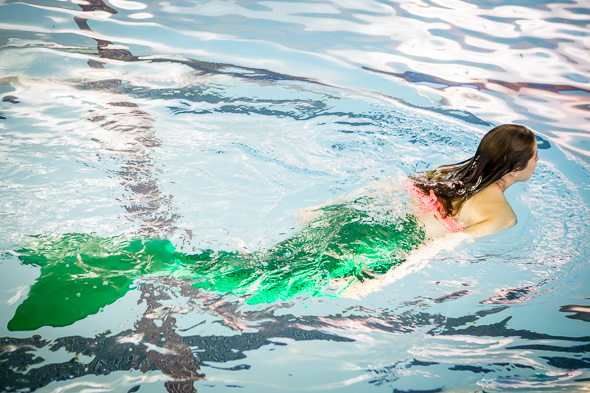 Though I didn't expect to be very skilled in mermaid school - I'm athletic in the sense that once I did Crossfit and afterwards, when I mentioned it to someone (the only reason one does Crossfit), they raised their eyebrows in quickly-masked surprise and mentioned how inspirational I was - I found the class to be a quite challenging workout. 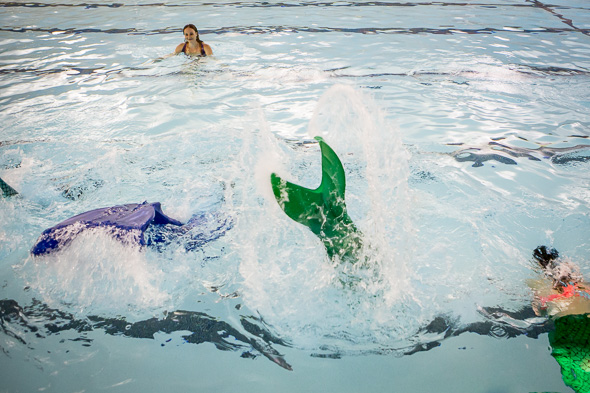 The fin requires a lot of leg and core work to use properly, and my arms were weak from the times I gave up on swimming and just doggie-paddled to the other side. 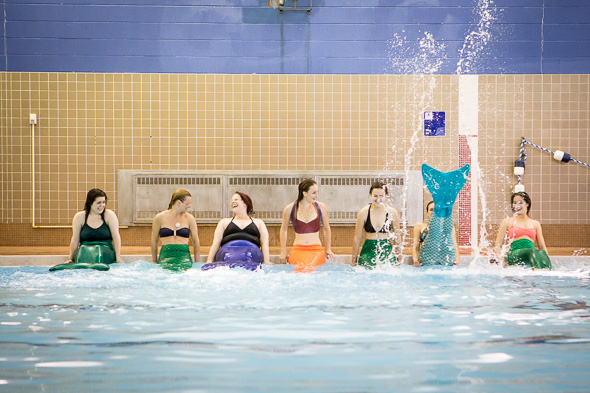 As a child, I always thought Ariel was foolish for giving up her tail for legs to entice Eric. She lived in the lap of luxury, had great friends, and was able to successfully hide her TLC-level hoarding instincts from her family. Now I understand that the poor girl was probably just exhausted. 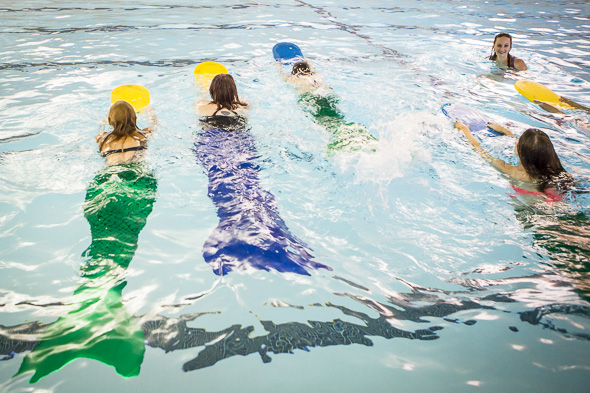 Although my class was all ladies, Aquamermaid serves a wide range of ages (children 7 and older can take classes), bodies (tails go from youth sizes to an adult size 18) and sexes (mermen are welcome). 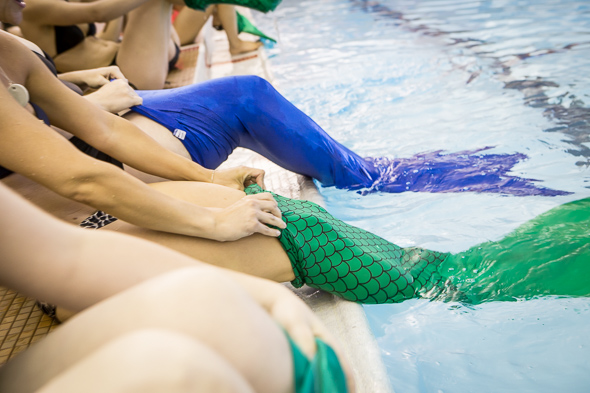 Aquamermaid was a great way to spend a weekend morning that would normally be devoted to hitting the treadmill or, more likely, hitting the snooze button repeatedly until the alarm song has worked its way into your dream and Dylan McDermott is singing Bad Blood in a Harvey's for some reason. 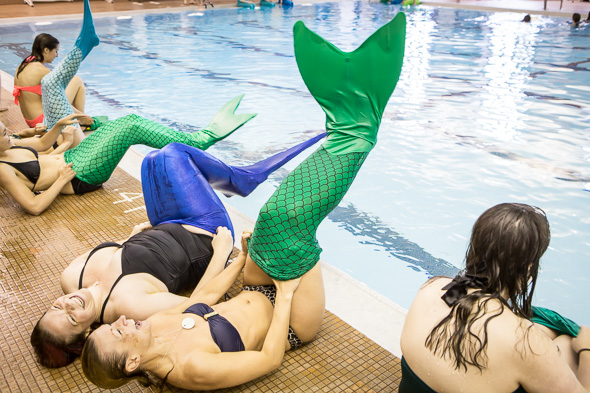 The workout was intense, but it was fun and novel enough that I can't wait to return.

Aquamermaid begins classes in Toronto on July 5, 2015 and has plans to expand to Ottawa and Jamaica in the fall.