Did you know Nike has a Toronto loft & chill out space?

The Toronto Nike Loft, from the outside, could be pretty much anything. From the sidewalk on the quiet stretch of Richmond St., the two-storey building looks like a series of offices, or a couple of condos (or maybe one really, really nice condo).

But there are a few people in the know - dozens of dedicated runners that meet there, week in and week out, to team up together and pound the pavement of downtown Toronto. 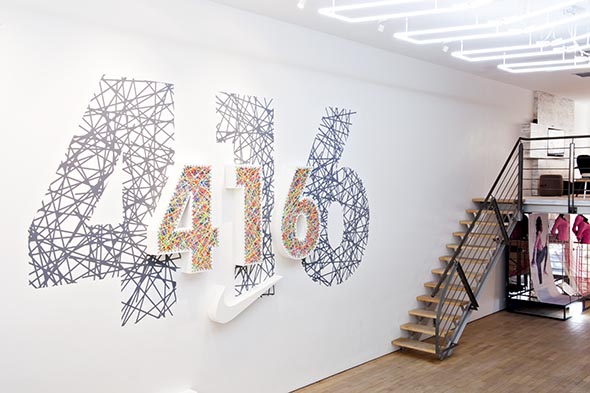 The space is owned and operated by the sportswear giant as a "meeting ground" for their Queen West running groups, which cater to everyone from couch-to-5K types to experienced marathoners. Explains Nike Canada's Claire Rankine: "We designed the space for our running community." 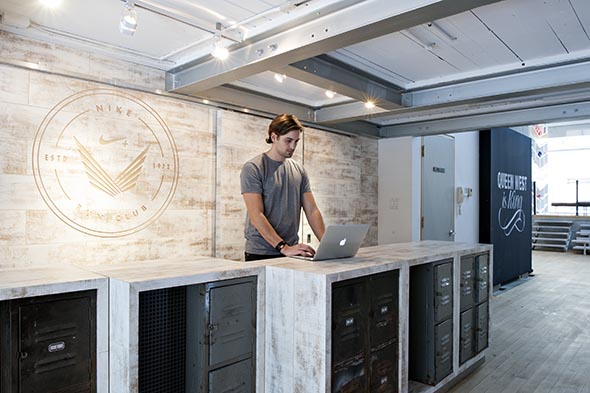 Rankine estimates that they pull in about 50 people (on a really cold day) to 120 runners, who get together at the space before setting out for a jog - 4km on one night, 8km on another. "Sometimes a cold night is actually the most people, because that's when you need the motivation," she says. "You're never going to show up here, see 70 people, and then not run. It's this great motivational space." 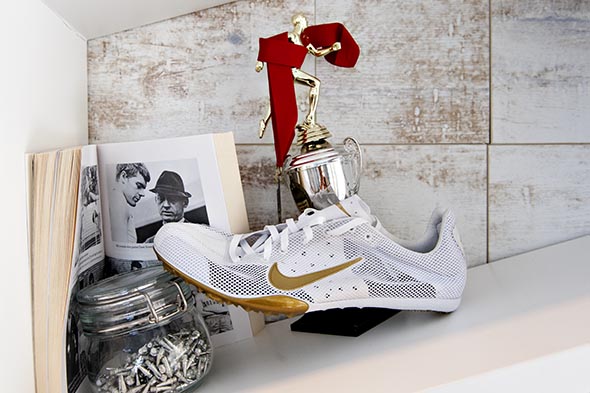 But, lest the name and the aim conjure up images of a spartan, hollowed-out space worthy of a CrossFit gym, you'd be pleasantly surprised to see how airy and light-filled the space is - it's even got some cozy seating areas to chill out in. (Heck, you might actually want to show up there and not run.) 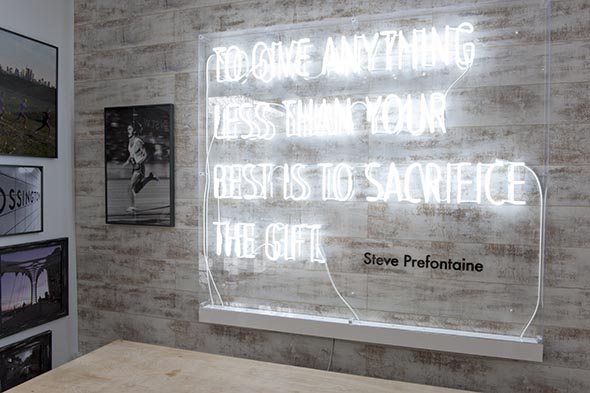 Modern artwork - including a poppy "416" strung with bright shoelaces and a quote from legendary runner Steve Prefontaine immortalized in neon - is contrasted with some Pinterest-y touches like modern sofas and ikat fabric. The overall aesthetic: athletic West Elm. "I've never seen a space like this," says pro track and field runner Sheila Reid, who does some training out of the space. "It really is uniquely cosmopolitan - which is appropriate for a city like Toronto." 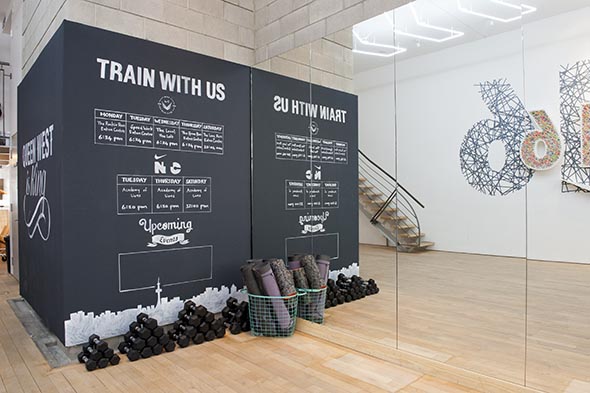 Though similar Nike spaces exist in cities like New York and Chicago, each has their own distinct vibe - and their own local spin. Most of the art they've used, Rankine explains, is Toronto-specific, or contributed by run club members. There's even a training "menu" signed by what Rankine refers to as "the food runners" - a posse local chefs who decided to start training together to bust their unhealthy habits.

Reid, who says she relies on the social aspect of group running to stay focused on training, adds the run groups are made up of a mix of interesting regulars: "You have foodies, chefs, artistic or professional interests. It's a very cool space, and a very cool vibe." 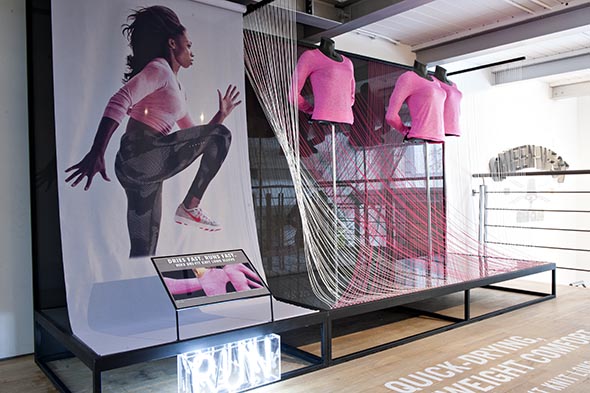 While their calendar of running meetups is the space's raison d'etre, Nike also uses the space to do focus testing for new products like shoes and running gear, hold occasional training sessions, and even host movie nights of running-themed movies for members (complete with popcorn). Their next big project: getting everyone geared up for the 15K run they're sponsoring on the Island this June.

Want to hit the road yourself? Join their Facebook group to stay in the loop.