How to spend a day in CityPlace and Harbourfront

CityPlace is great if you like banks (there's one on every corner), a sea of tall, anonymous buildings and an overpriced Sobey's. And the Harbourfront is perfect for tourists. Well, tourists that can actually get around down there now that the Queens Quay streetcar is back. As CityPlace is still a nascent community, the whole indie coffee shop and restaurant scene isn't really established. But there's still some great spots to spend your day. You just have to hunt for them a little harder than, say, Parkdale or the Danforth.

Here's how to spend a day in and around CityPlace and Harbourfront, from morning to late night.

For third wave coffee, I head across the pedway bridge (Bridge of Light) to Atlas Espresso Bar on Front Street. Their cortado and baked goods (try the pastry of the week) are second to none. They're always trying new dishes daily, but I go for the egg scramble with onion and bacon and a hashbrown. Or you can't go wrong with the egg on a croissant. 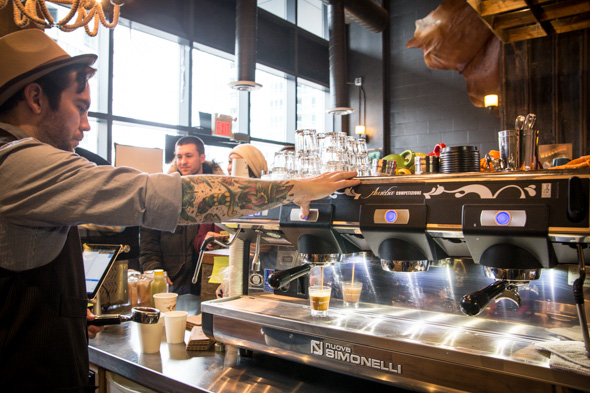 If not here, I'll travel up to Thor Espresso for one of my favourite Americanos in the city. If i'm closer to Spadina I'd head to The Coffee Bar for a cappuccino and something gluten free.

With a coffee in hand, I take my dog Hank for a walk along the Harbourfront. There are some great little parks along the way including the Music Garden and HTO Park. If it's the summer, I'll go to the island for the day. Hanlan's Point is where it's at. And no, it's not for the all nude beach - they have the best sunsets. If I don't have time for the ferry ride, I'll end up at Sugar Beach to set up shop with a good magazine and watch the seagulls fight one another along the shoreline. 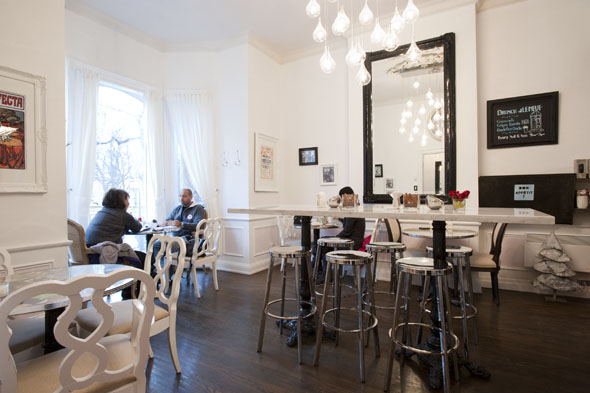 I'm a big fan of breakfast for lunch (some people call this brunch), so I'll often head up to Wellington to classically styled French bistro Le Select. If I'm hungry, I order the freshly squeezed orange juice and the french toast stuffed with apples and glazed in maple syrup. And maybe a freshly baked croissant on the side. If I'm in for a lighter lunch I'll keep with the French theme and cross Spadina on Wellington to Le Neuf. This cozy cafe never disappoints, especially when it comes to the fresh berries crepe with the soup du jour.

I'd be remiss if I didn't mention the Harbourfront Centre. They have something new going on all the time (the International Festival of Authors or IFOA is just around the corner). If it's a summer weekend I'll try to catch a food festival like Hot & Spicy. Aside from trying food from all over the world there are also workshops with artisans who work out of the centre. 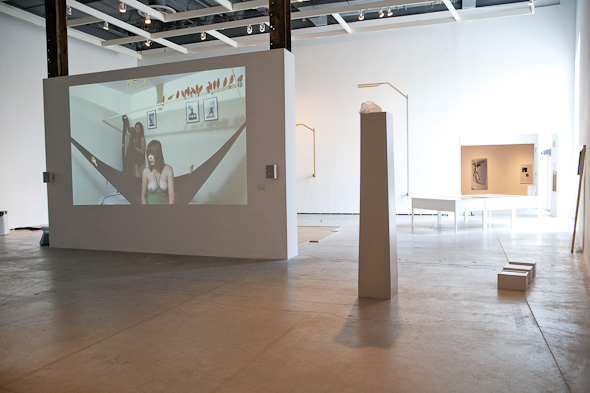 Right next door, The Power Plant is one of my favourite contemporary art galleries in Toronto. It was originally built in 1926 to house heating equipment and was in operation as an actual power plant until 1980. Today it houses contemporary work by leading Canadian artists, along with talks, exhibits and a retail store.

You rarely can go wrong with gelato, and this is always true with Lick it Gelato on the Harbourfront. They've only been open for a couple of years but have a solid selection of gelato and sorbet (around 20 options). I go for the banana gelato in one of their waffle cones. 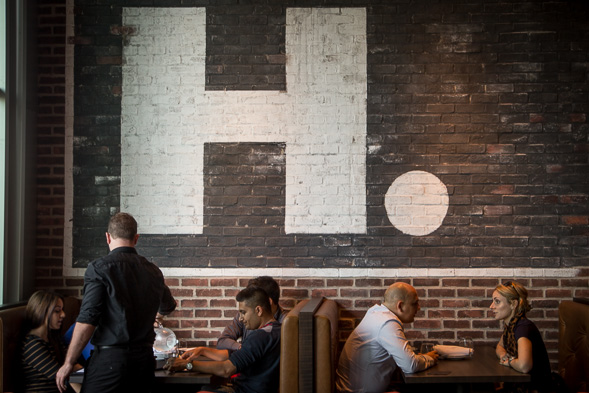 When it comes to dinner, the choices open up. I'm usually down for Hunters Landing. And yes, it's a little expensive but the atmosphere and food is always on point, including the wings. Speaking of wings, if a game is on, the best wings in town really are at Real Sports. And you can't go wrong with that giant projector screen.

If it's raw fish I'm craving I'd choose Mi-Ne Sushi, a snug little spot across from the Rogers Centre. I'd bring a friend and get one of their boats (the Mi-Ne Special Dinner). It's so much food I can never finish the whole thing.

When I have friends and family from out of town, I take them to the Amsterdam BrewHouse. This sprawling, two-storey waterside eatery and brew kingdom has some of the better food in the neighbourhood. Try one of the wood oven pizzas (go with the Brewmaster's Sausage) or if you're feeling adventurous, the grilled swordfish. I always order a couple of Amsterdam beers to wash it all down. For those stocking their fridge atr home you can also buy beer from the retail store (open weekly until 11 p.m).

Before it's gone, I'll try to take in as many shows at the Kool Haus as possible. It's one of the best venues to see top bands in the city (Alt-J, T.I. and Julian Casablancas + The Voidz are all playing there in November), mainly because it's not Sound Academy. 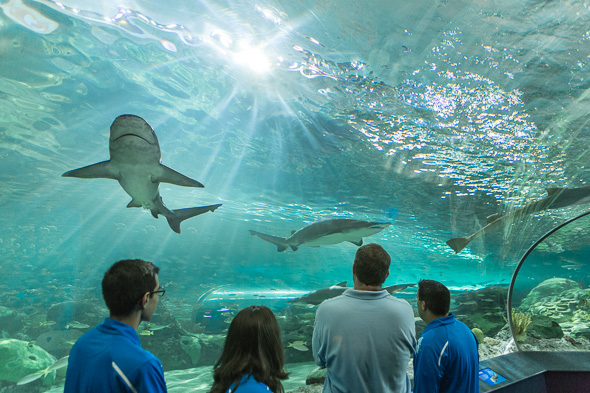 Next best is something the city is only starting to catch onto: Jazz Nights at the Aquarium. Friday Night Jazz happens on the second Friday of every month and is as described with live jazz, a cash bar and appetizers as you amble through the aquarium.

If it's the winter, I head out to one of those DJ Skate Nights on the ice rink behind the Harbourfront Centre. (Bring a flask to top off the free hot chocolate).

The I'm-drunk-and-need-sustenance neighbourhood go-to used to be Liberty Shawarma. That was until it got nabbed by DineSafe with a number of criticals back in August. Again, a real pity, as we're grabbing at straws here. Now I just order in pizza from the Dominos at Bathurst and Front.

What did I miss? Leave your favourite spots in CityPlace and Harbourfront in the comments.