The Toronto Motorcycle Show this weekend is where you'll find the hot new rides for 2014. Moved this year to the larger Direct Energy Centre from the Better Living Centre (where the Toronto Artist Project resides), this year's offerings include eye-catching new motorcycles and scooters from Honda, BMW, Royal Enfield, Vespa, Aprilia, Kawasaki and Suzuki. 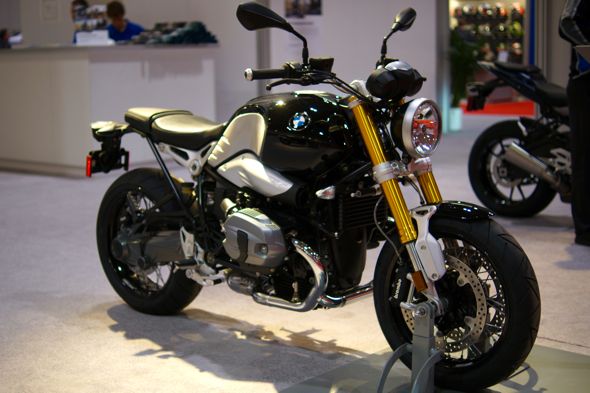 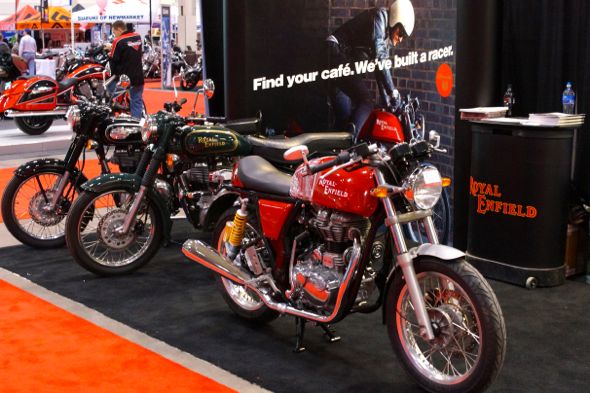 Royal Enfield is making headway in Canada with three new models for 2014, including this gorgeous red Continental GT cafe racer. It's got a 500cc engine and boasts 85 mpg fuel economy. Comes with a 2-year and 10,000 km warranty. Coming soon to a local dealership near you. 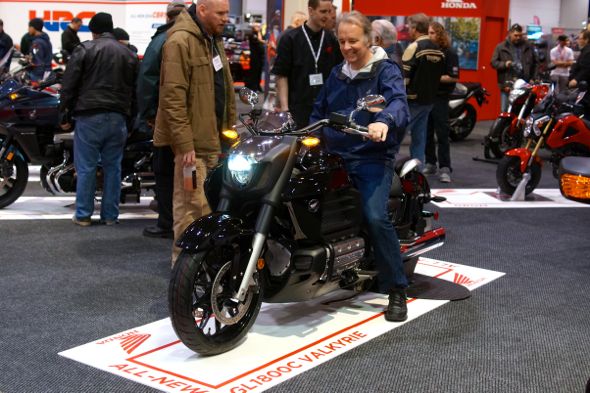 I was quite impressed with the lineup of the new Hondas this year. The sleek all-new GL1800C Valkyrie got lots of attention. It's a liquid-cooled, horizontally-opposed 6-cylinder with 1,832cc. Comes in Graphite Black or Atmosphere Blue Metallic with a price tag of $20,776. Better start saving your shekels. 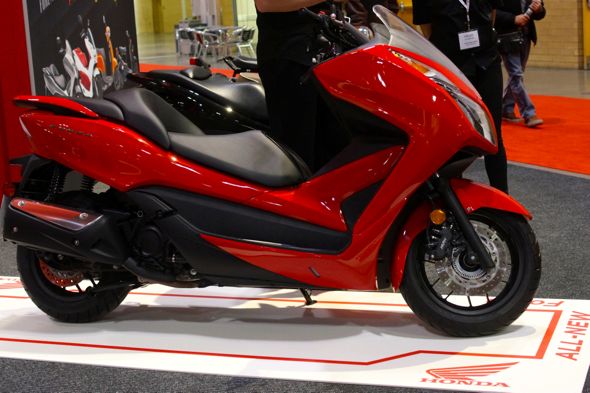 Perhaps better suited to Toronto's city streets, the Honda Forza is a maxi scooter with style. It's a liquid cooled, single cylinder four-stroke with 279cc. In Pure Red, it's pure excitement with a sticker price of $6,311. 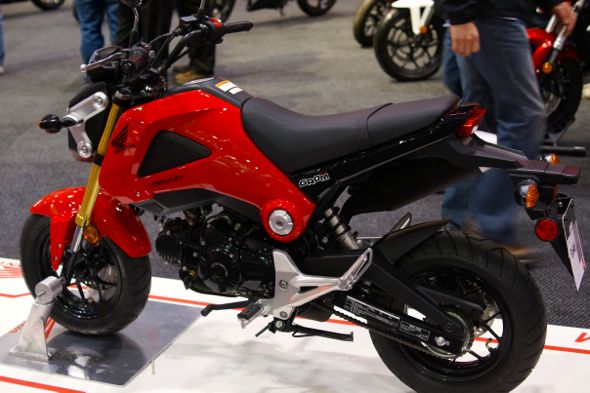 If you're just starting out on a motorcycle, perhaps you'd find a better fit in the Honda Grom. I first spotted this compact 125cc beauty at the Motorcycle Supershow last month. Just $3,199 and you're off to the races. Weighing just 225 pounds, it's one of the nimblest new bikes of 2014. 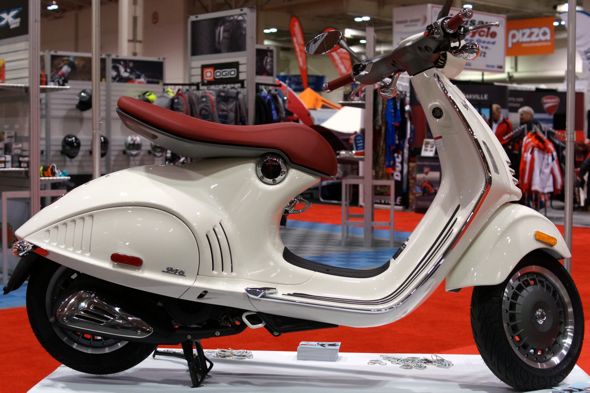 Sure, there are a ton of Vespas in Toronto. This new 946 is the slickest new design they've produced in years. Even with ABS braking and ASR traction control, it's still just a 125cc scoot. And with its hefty $9,946 price, I doubt you'll be seeing many of these on the streets anytime soon. Only 26 of these scooters made it into Canada. There's just two left at Vespa Toronto West. 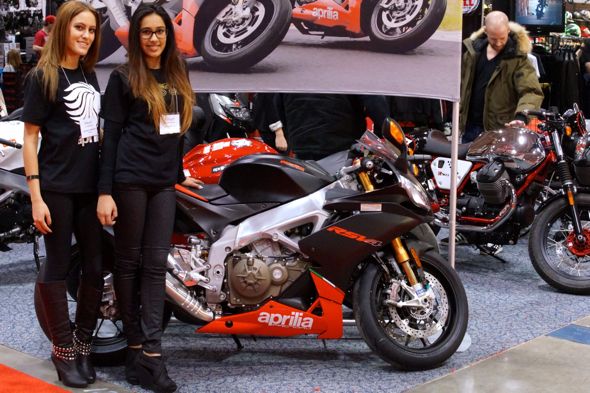 The Aprilia RSV4 might be more your speed if you're into Italian design and blazing fast speeds. 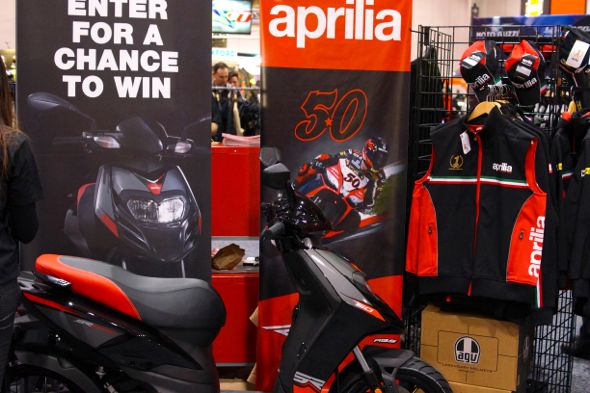 Or maybe you'd like to start out like I did with a little 50cc Aprilia like this SR Motard 50 that you can win at the motorcycle show. 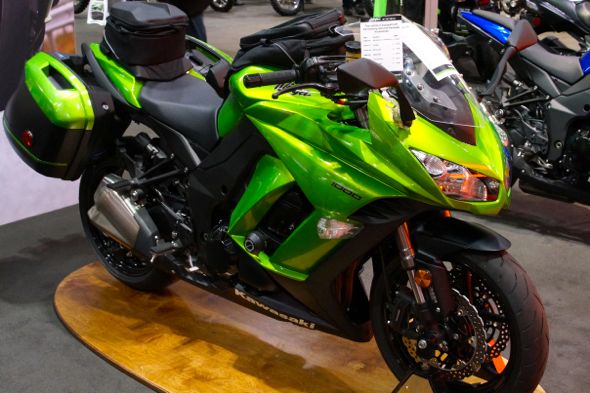 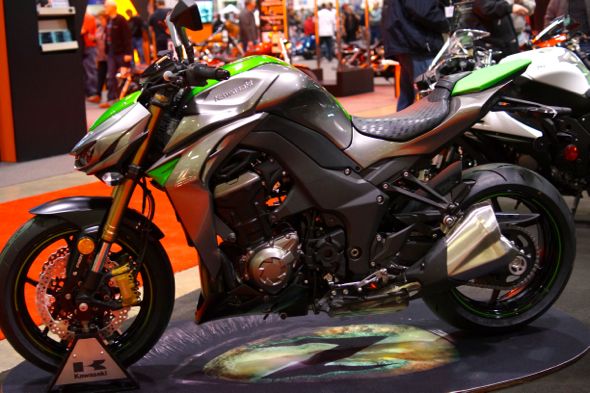 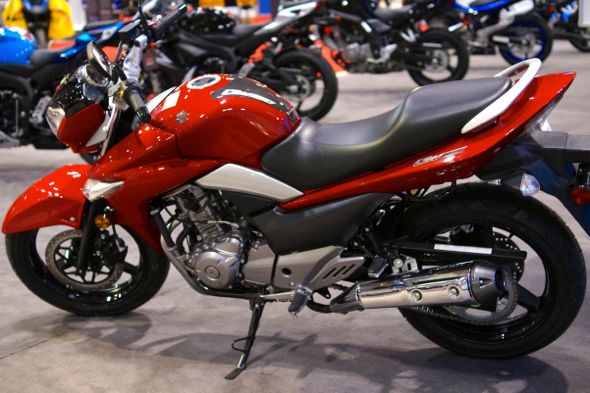 Suzuki's got a new 250cc motorbike that's got some sleek lines and a decent price. The GW250 comes equipped with front and rear disc brakes and a price tag of just $3,999. 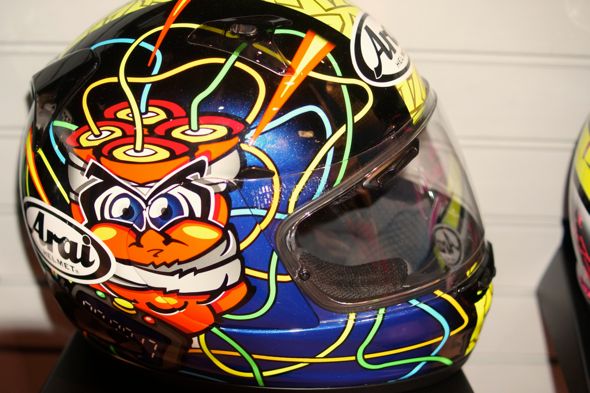 Aside from all the cool new bikes at the Toronto Motorcycle Show, there's plenty of gear to peruse. Like this fancy new Arai helmet graphic.

Several riding schools and insurance companies were on hand as well. So if you're thinking about alternate means of transportation for this spring, this motorcycle show is a good place to start. 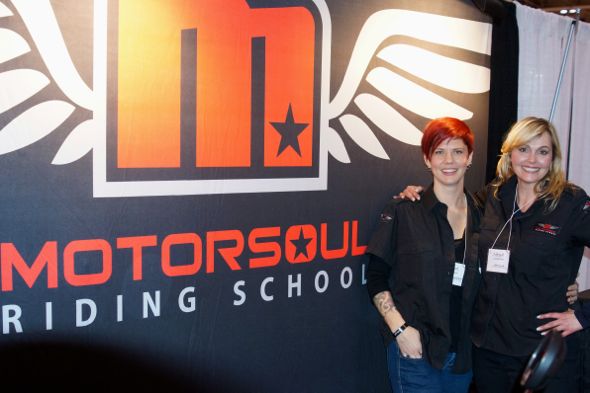 New on the scene to the driving school options in Toronto is Motorsoul Riding School. I met Motorsoul's Leah Hollingsworth (pictured, left) and director/chief instructor Ginny Allen, who told me their training facility is just around the corner at Ontario Place.