Where to buy a lizard and other reptiles in Toronto

Paul Collier, age 45, got his start in the reptile business at age 7. His first lizard was a tiny anole, a breed that he now calls a starter lizard that he trained to climb onto his desk lamp at night. At age 10, Collier bought a boa constrictor with his paper route money.

"I lied to my mother and told her it was a brown mud snake I found on the Humber River so she'd let me keep it," said Collier. "And it started growing and growing, and when she had company over one day, I actually told them I had a boa constrictor. I remember her turning to me, shocked, with her mouth hanging wide open. But she had already liked the snake. I made sure she liked it before I divulged."

A Toronto native, Collier started to breed snakes that he would find on the banks of the Humber River throughout his teens. One day he matched two rare male and female milk snakes from two separate regions and was amazed when the snakes bred instantly. Collier was so happy he let the female retreat back into the wild pregnant. 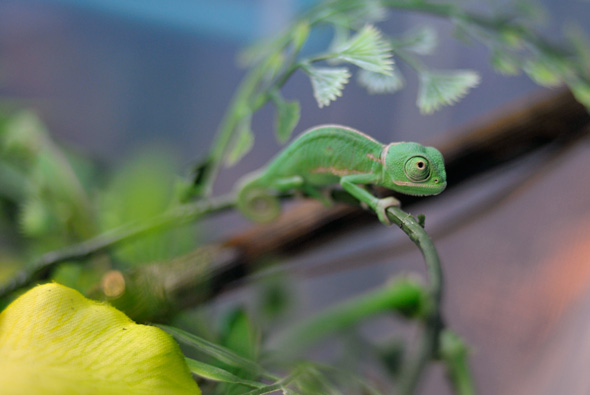 By the time he was 24 Collier had started breeding chameleons, a temperamental lizard that gave him instant credibility in the reptile industry. He had been living on his own since 16 when he was kicked out of his parent's house, and had moved to the small city of Watford with his girlfriend, crafting elaborate walking sticks out of wood and breeding lizards at night. Since then, Collier estimated that he had probably bred over 9,000 baby chameleons and 25 separate species of reptiles. 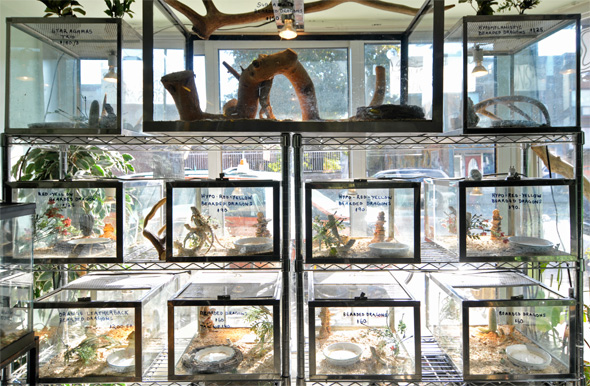 Today 70 different species co-exist peacefully at his new reptile store at Bloor and Brock, Earth Echoes Reptile Centre. (Previously, Collier owned a store at Dovercourt and Hallam but was forced to move five months ago when the landlord wanted to raise his rent. No reptiles were harmed in the move.)

The mid-size store, which is clean, quiet and full of reptiles, is fascinating. A large incubator in the back, resembling a fridge, contains hundreds of clutches of eggs from lizards, snakes and chameleons. On the day I visit, I watch a tiny chameleon the size of an eraser change from the colour of dirt to a light green the first time he is exposed to the air.

At the reptile store, the species range from the tiny leopard gecko ($75) to a seven-foot jungle python ($600). Collier, who once owned a 10-foot carpet python, is a fixture of show and tell at children's public schools, and used to take his Savannah Monitor Spot to Dovercourt Park. He lets his kid clientele pay for their reptiles on an installment plan. 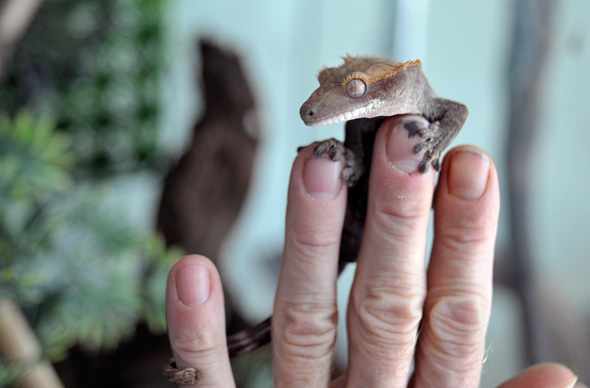 Reptiles are unusual pets. They are cold-blooded and have a reputation for being unfriendly and distant, a conversation piece instead of man's best friend. What starts out as an adorable lizard you can hold in your hand soon grows into a six-foot iguana. The city of Toronto even has a bylaw in place that dictates that lizards cannot be larger than the city's limits (three metres).

Many customers come in asking Collier for nine-foot pythons, totally unaware of the realities of owning such an animal. When that happens, Collier has the mature version of the species to point to.

"The biggest snake I ever owned was probably a 10-foot carpet python," said Collier. "But people are sensationalists over the fear of reptiles...they feel justified in persecuting them. So the role I play now is helping people learn about their reptiles. And I'm available for questions. I even take people's lizards in." 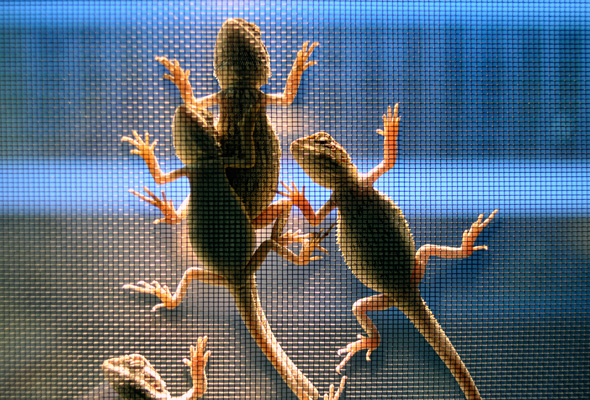 Currently, Collier is nursing a chameleon with a vitamin deficiency back to health. The owner had forgot to give it calcium and it had destroyed the lizard's bones, forcing its arms to grow backwards. But day-by-day, it has regained the use of its limbs. Collier, who is a kind but serious person, living a singular life almost entirely dedicated to reptiles, sees his pro bono veterinary work as just a way of doing good in the world. But he stressed that he does it for the lizard's sake, not his own.

"What I know a lot about is the psyche and sociology of lizards, and what makes animals respond in different ways," said Collier. "But I tell people all the time, 'I'm not doing this for you, I'm doing this for your lizard.'"