Now in its 22nd year, the festival ranks among one of the largest of its kind outside of Asia, attracting over 100,000 attendees over two days. Here's a cross-section of just a few of the many local and international teams who participated in this year's regatta. 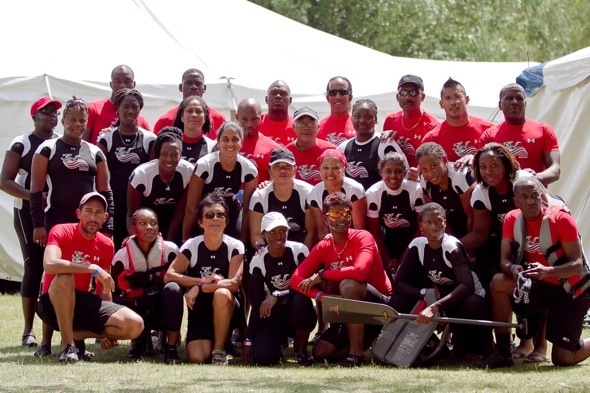 The Team: T&T Dragons
Country: Trinidad and Tobago
Established since: October 2009
How many active members do you have?: 60 men and women
Average level of paddling experience: 3 years
How did you come together?: We are a hybrid of various teams from back home, coming together for this specific competition.
Is this your first time competing in Toronto?: Yes, but the Trinidad and Tobago Titans first represented the country here as a team in 2008.
Which regatta are you looking forward to next?: The Chinese Bicentennial Day event which commemorates the prominent Chinese community in Trinidad.
Race results (500m) at TIDBRF: 3rd place in the International Championship (2:12:31s) 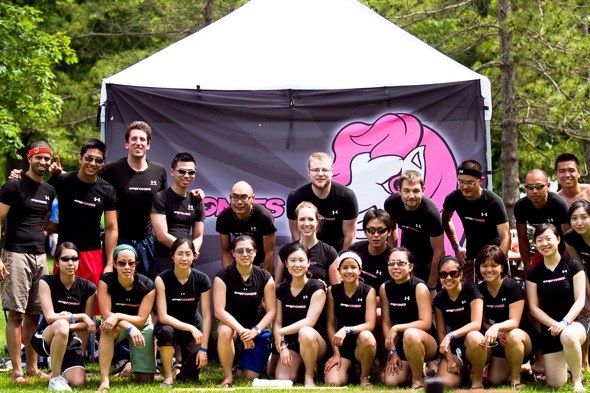 The Team: OMG, Ponies!
Affiliation: Toronto
Established since: 2008
How many active members do you have?: 24 men and women
Care to explain the team name?: We were at the Old Spaghetti Factory after only 1 or 2 practices together as a team when someone spotted the carousel in the restaurant and yelled, "Oh my god, ponies!" It stuck.
Do you have a cheer?: One guy starts beatboxing to the tune of "I Like to Move It" by Reel 2 Real and the rest of the team sort of builds on top of that. Except, instead of I, we all like to move it.
Which regatta are you looking forward to next?: The Woodstock Festival in August
Race results (500m) at TIDBRF: 2nd place in the Mixed Final E (2:10:11s) 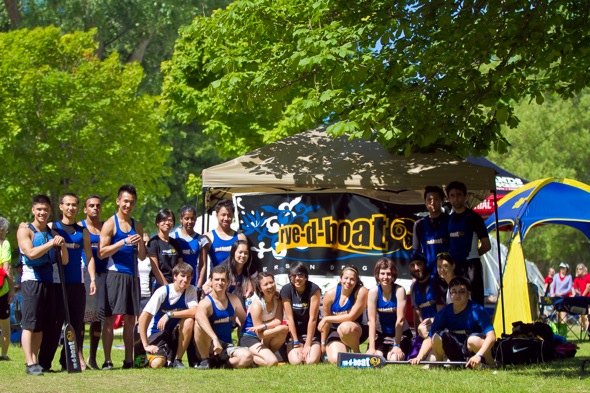 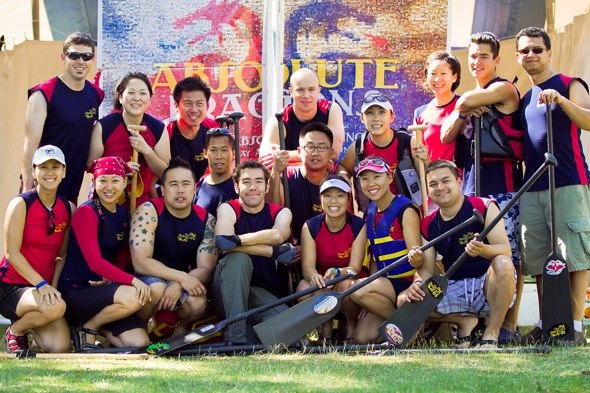 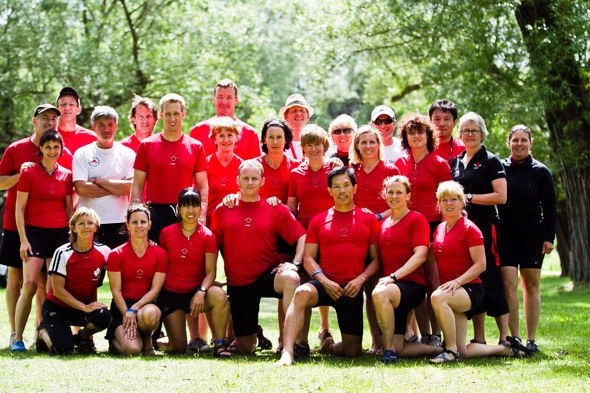 Rye-d-boat
Affiliation: Ryerson UniversityEstablished since: 2003
How many active members do you have?: 40 students and alumni in two crews (beginner and experienced)
How did you come together?: We recruit members during frosh week, at club presentation days and through word-of-mouth
How would you describe yourselves?: Our main goal is to provide people with a social outlet to get fit, make friends and have a great time. The fact that we're a strong and competitive team is a bonus.
Race Results (500m) at TIDBRF: 4th place in the Universities Championship (2:08:39s)
The Team: Absolute Dragons
Country: San Francisco Bay Area, USA
Established since: 1999
How many active members do you have?: 40 men and women
How did you come together?: Everyone on the team is referred through a friend of a friend of a friend. We're like the LinkedIn/Facebook of dragonboat crews.
How would you describe yourselves?: As a dynamic group of crazy rambunctious young unprofessionals.
Most memorable regatta: Malu, China in 2009, where the sport is rumoured to have had its origins. It was nowhere near as organized as this event, but it was huge.
Race Results (500m) at TIDBRF: 3rd place in the Mixed Final K (2:19:99s)
The Team: Canadian Senior Dragon Boat Club
Affiliation: An extremely active and competitive 40-plus crew giving the young'uns a run for their money.
Established since: 2003, following the World Nations' Championships in Poznan, Poland
How many active members do you have?: 32 paddlers; 50% of whom are original members
What's your practice regimen like?: We hold year-round pool practice at Mississauga Canoe Club twice a week; now that it's racing season, we train four times a week... including 5:30am on-water practices.
Do you have a cheer?: No. We let our paddling do the talking.
Which regattas are you looking forward to next?: The Canadian National Dragonboat Championships in Whistler in two weeks and the 2010 World Club Crew Championships in Macau (July)
Race Results (500m) at TIDBRF: 1st Place in the Telus Grand Championship Cup (2:01:45s)