Toronto Blue Jays relief pitcher Dirk Hayhurst may or may not be able to start the upcoming baseball season in tip-top shape. He'll be undergoing exploratory arthroscopic surgery in Cleveland soon, and it won't be until after the procedure that we'll know how much time will be required before he's ready to rejoin the team.

In addition to his skills on the field, fans of Hayhurst are likely aware of his creative side off the field. He's authored an acclaimed book called "The Bullpen Gospels" (which hits bookstores in May) and as it turns out, he's got quite the Twitter feed (@thegarfoose) going on as well.

Before "going under the knife," he's been collecting and posting well-wishings from fans, in the form of superhero inspiration. 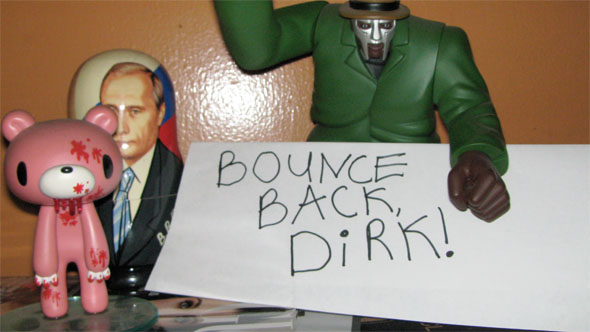 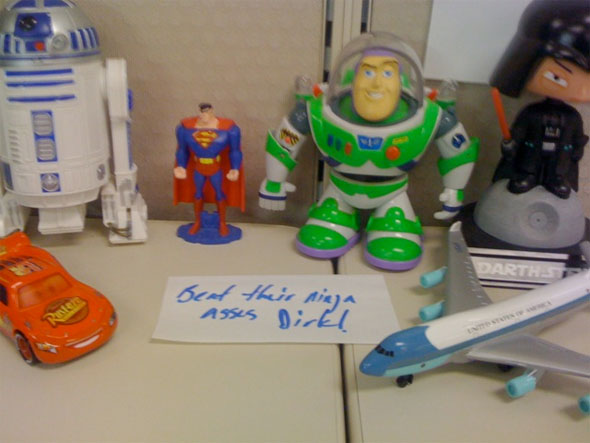 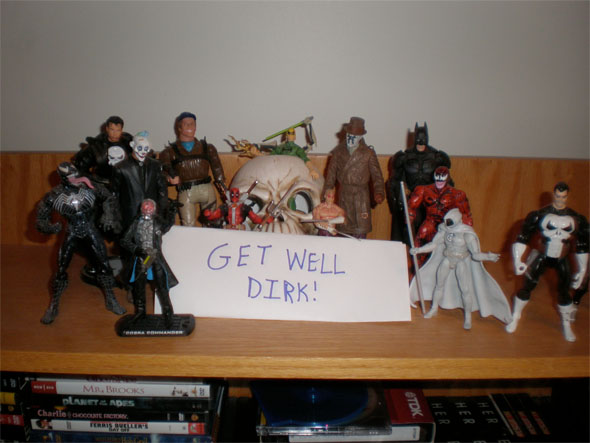 Good luck, Dirk. Hope to see you back in fine form in the spring!

Hat tip to @IraKates for the heads up on Twitter!