Tattoo People is an airy, bright new tattoo parlour at Bathurst and Dupont specializing in various Asian design work. There are two locations already in Busan and Seoul, South Korea, but this is Tattoo People's first time in Toronto.

The shop feels as much like the city's hottest new bar as it does a tattoo shop. Clusters of bare bulbs hang from black cords for optimal illumination, and giant cardboard taxidermy adorns the walls alongside various examples of the artists' work. 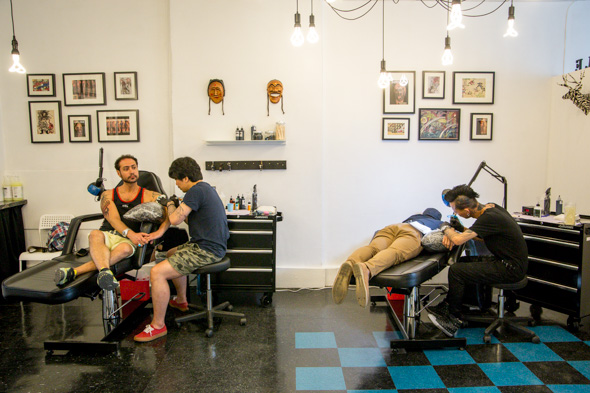 I stop in for a visit late one weekday afternoon. It's pretty quiet in the shop, but then, it only opened the week prior. Jaclyn, the manager and co-owner, explains the shop's artist (and her husband), Khan Jung, has put in many hours training others to tattoo. While I visit, a client is waiting, and he's busy preparing a huge back piece to cover up an old tattoo. It's a scene composed of a dragon, some koi fish and lotus flowers, and most of it will be coloured. He's too busy to stop and chat, but I get the sense that it'll be a richly detailed, beautifully-coloured piece like his other work. 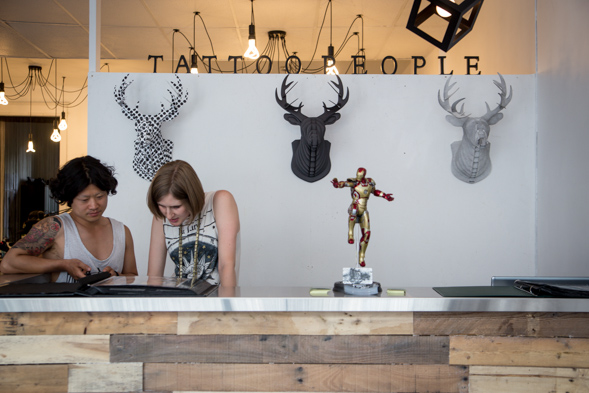 His designs, both photographs and drawings, dot the walls. I spot more koi, beautiful drawings of women in intricate gowns, and traditional American tattoos like ships, but with unique details. Custom work is a big priority here, alongside the traditional. 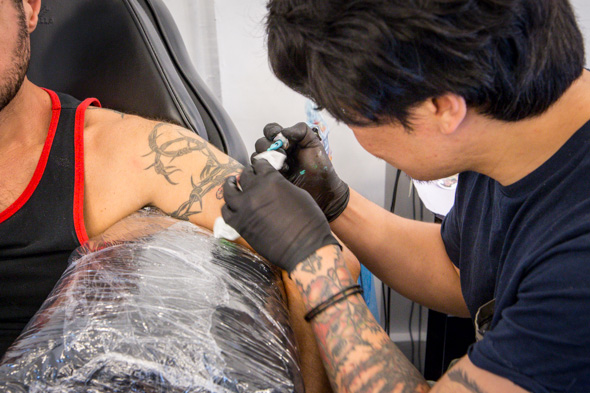 The two met in Korea, and they've been traveling back and forth until now. Jung used to tattoo at Bamboo Tattoo and the Tattoo People locations in Korea before settling in for a more permanent stint in Toronto. 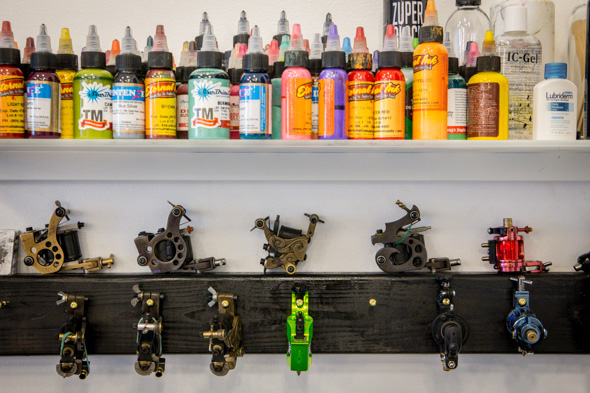 The energy of the place would put anyone at ease. There's a patio in back with picnic tables, so those accompanying clients can have a small oasis to relax in. As time goes on, they plan to offer the shop as gallery space to other local artists, and have musicians come perform, too. The open concept, white walls, exposed brick and outdoor space make it a particularly picturesque arts collective. 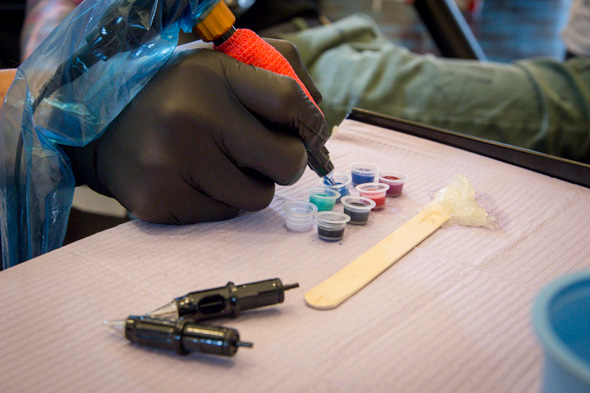 And if you're going for a tattoo? I can assure it's clean, everything is wrapped appropriately and supplies, obviously, are used only once. It's worth your consideration - especially if you're looking for Asian-inspired work. 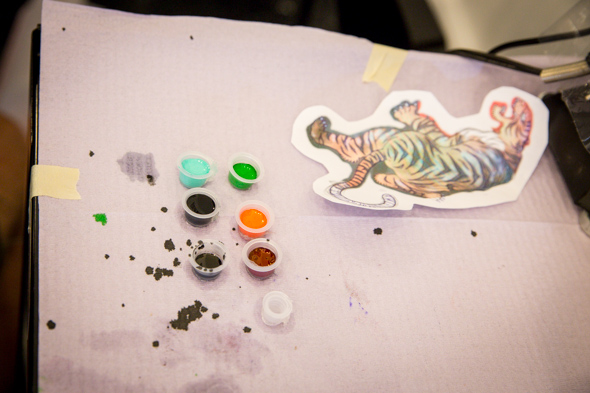 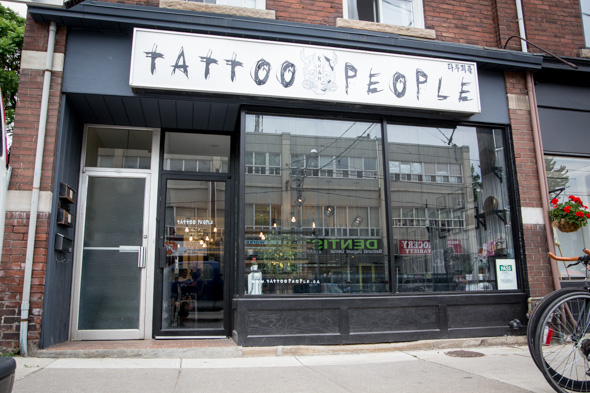