Okey Doke Tattoo Shop is a good jog from Cabbagetown. When I get to the shop, located near Dundas and Ossington, and gracefully dismount from my bike, I have a good layer of sweat covering my body. Doesn't bother me, and doesn't seem to phase Kyle Hollingdrake nor Alex Snelgrove, aka. Big Al, when I enter the shop.

That's where the slightly puerile name, Okey Doke , comes from. They want to take the piss and pretension out of entering a tattoo shop. And good on them for that, albeit most of Toronto's top custom tattoo joints are becoming welcoming as all hell these days. 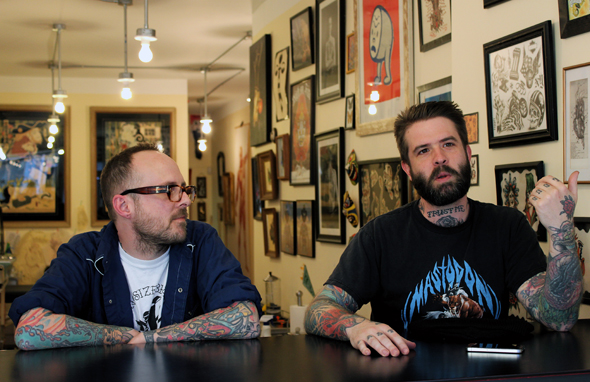 As I mosey around the shop shooting the shit with Kyle and Big Al (a badass handle for a lady, I gotta mention, which comes from "her being a big deal," says Kyle since she does hand poke tattoos on the side, which is a big deal), everything is low-key.

A guy is getting a chest piece in the back from shop owner and longtime Toronto tattoo artist, Eric Newstead. Framed art covers the majority of the walls with an eclectic array of Japanese folklore to flash to peculiar illustrations.

And not to forget Rolo, an elderly and docile beagle that saunters over to see what the hell I'm up to. He's cool with me being a ball of sweat, too. God bless him. 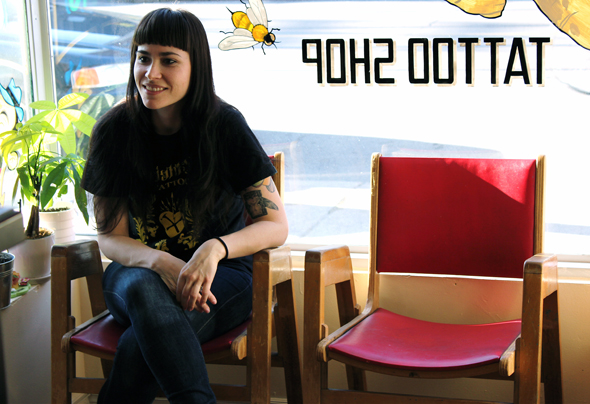 Being a nascent shop of three artists, having only opened last September, Eric says the time was just right. Having been an artist at New Tribe for 10 years, and entering into his 40s, he decided enough was enough if he was going to open his own shop. So he did. 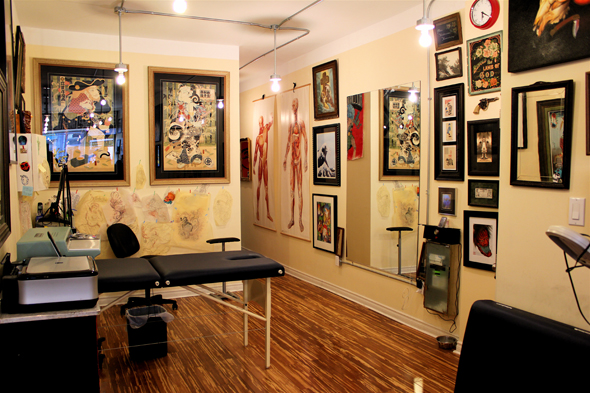 Sitting down with all the artists in the front of the shop, we sip coffee and chat about kids getting their hands or necks tattooed as their first piece. "Sometimes I think their tattoos are pretty ill-considered," says Kyle. "I don't think most of them think that it will make things weird for them." 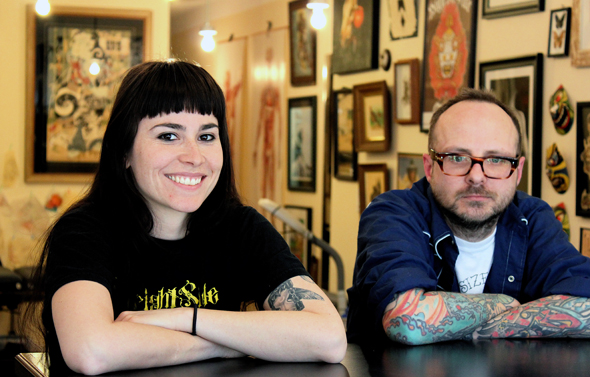 Although technically a street shop, Okey Doke has a custom slant. They'll do all styles and aren't picky. "I'll take the opportunity to tattoo whatever," says Kyle, illustrating the no-pretension vibe.

"If someone walks in and I can do the tattoo that day, I will. We are all like that in here." The idea for opening the shop was to make it easy to get tattooed, not hard with three-month waitlists and high and mighty artists.

"We are trying to go back to the way Tat-A-Rama was when we were kids. It was fun," Eric mentions, having got his start at the legendary Tat-A-Rama in '96. 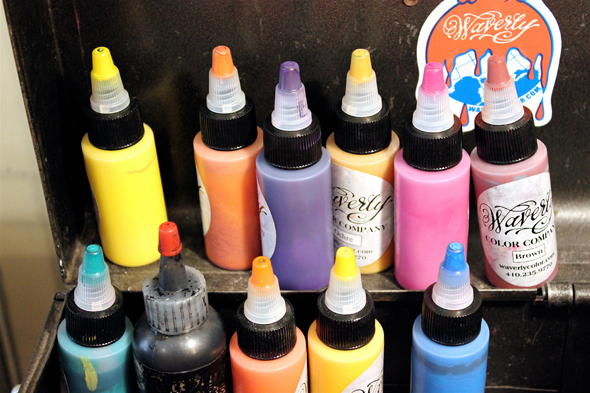 They went for the open, bright and friendly as possible vibe where it's cool to tell fart jokes, they say. Even the landlord says that all the old Portuguese ladies in the neighbourhood like the place. They like the bright window, just not the skull on the door. 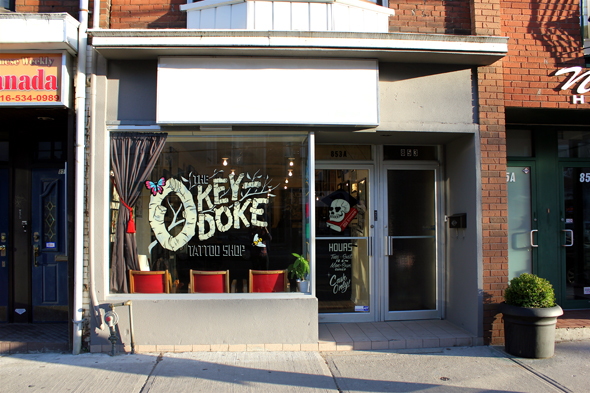 "People will come in and say, 'I've never been inside a tattoo shop that made me feel comfortable and welcome and where I didn't need to feel too cool,'" says Big Al, getting the last word, due to her nickname.