Passage Tattoo is another local business that's helping to make Geary Ave. one of the most interesting streets in Toronto.

Jay Decator has been tattooing in Toronto for 23 years. He took over the revered Passage Tattoo, located in the Village, back in 2002. The shop itself dates back to ‘94.

He’s had numerous employees go on and open their own shops, most of whom have been successful. But now, after 20 years in the business, Decator has thrown in his hat and opened up a second location himself. 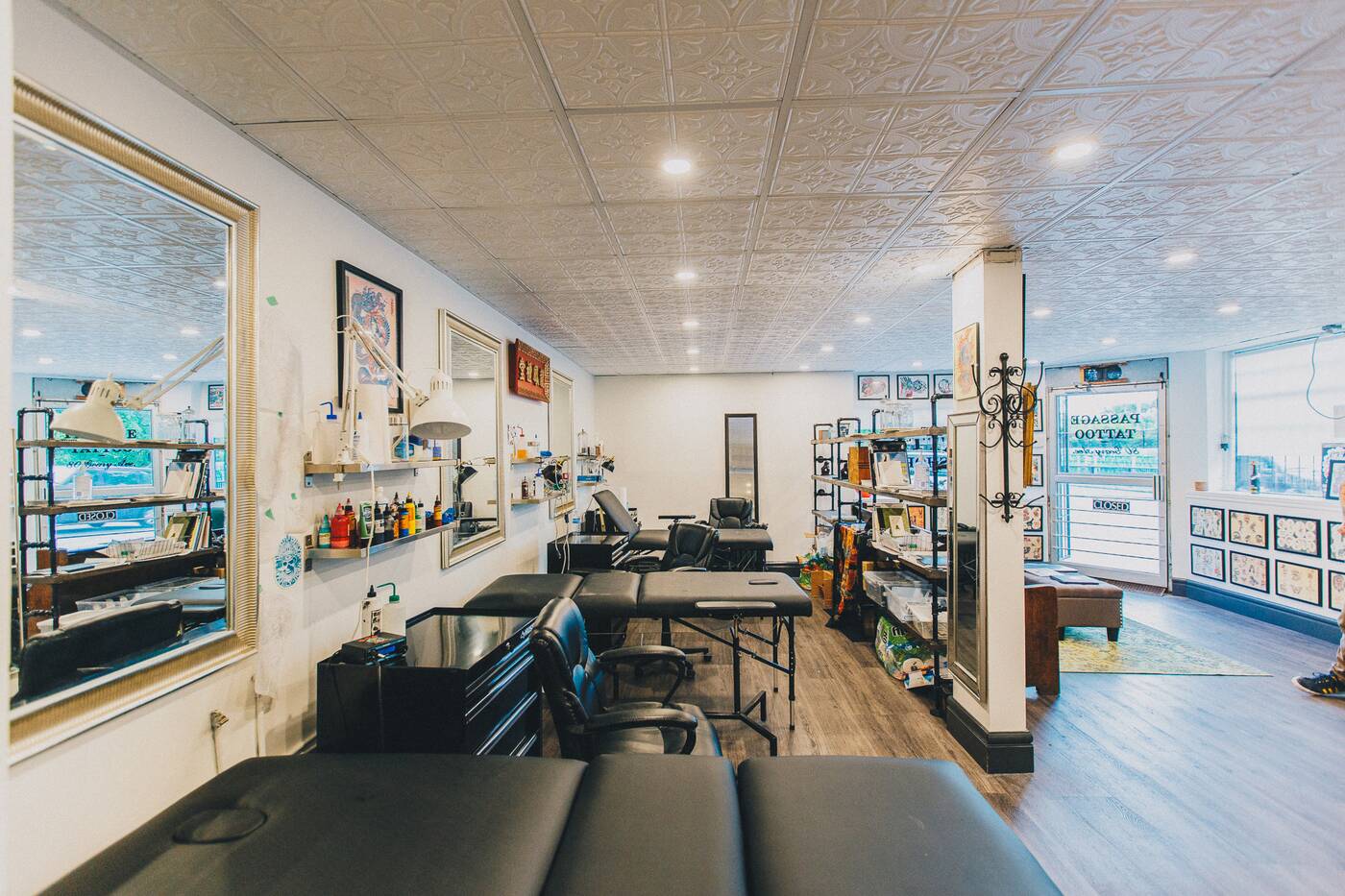 And unlike the original Passage, this one is hard to miss.

Fast-forward seven years, and the transformation of Geary isn’t lost on Decator. 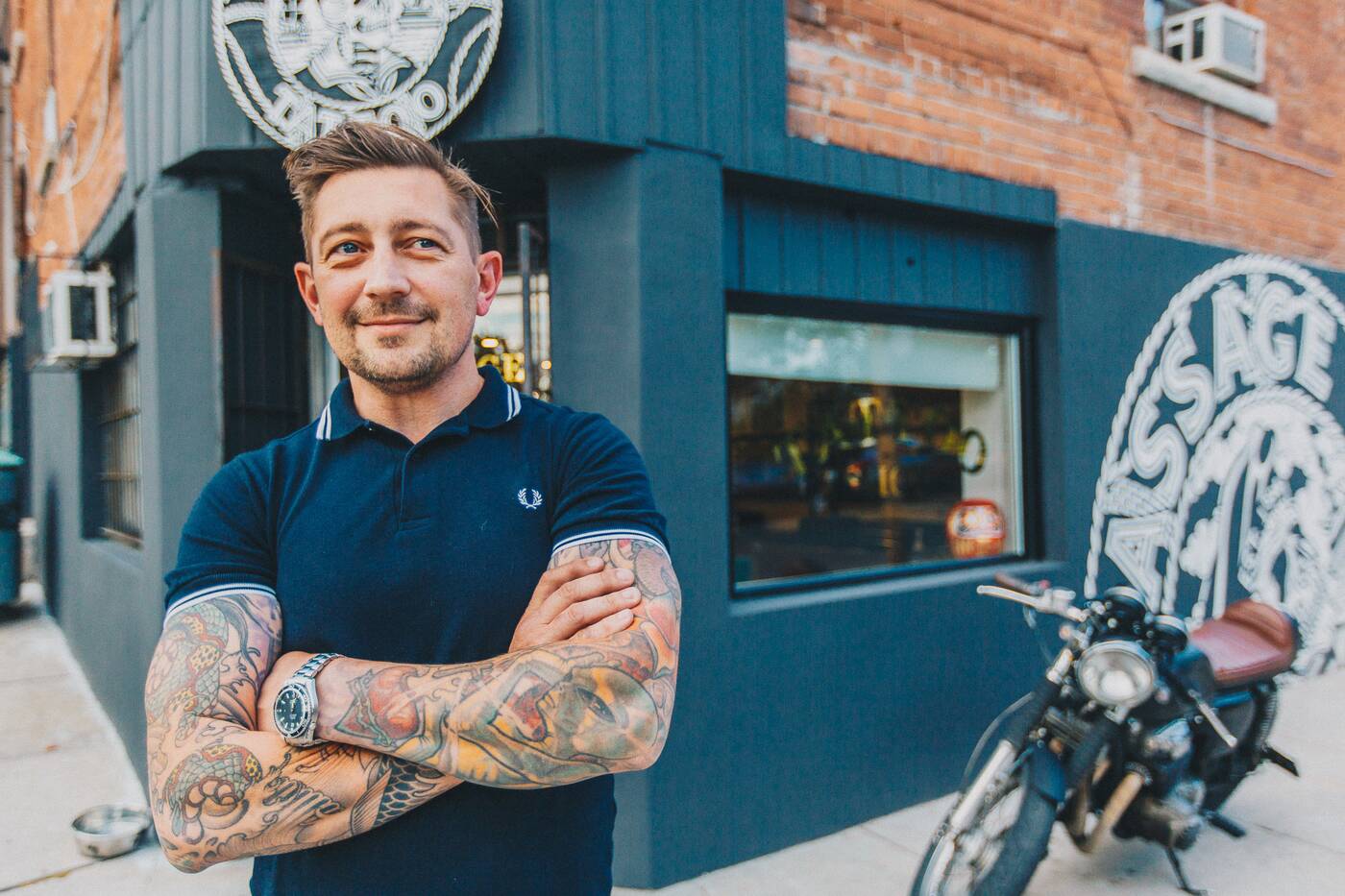 “Everyone along here [Geary Ave.] is creating stuff,” he says, sitting on a church pew inside his new shop. And he’s right, from florists to furniture makers to beer brewers at Blood Brothers, the area is a hotbed of artists and makers.

“I thought my shop fit in well with the nature of this street and the direction it’s going.” Having lived in the neighbourhood for years, when the space opened up, Decator didn’t pause. 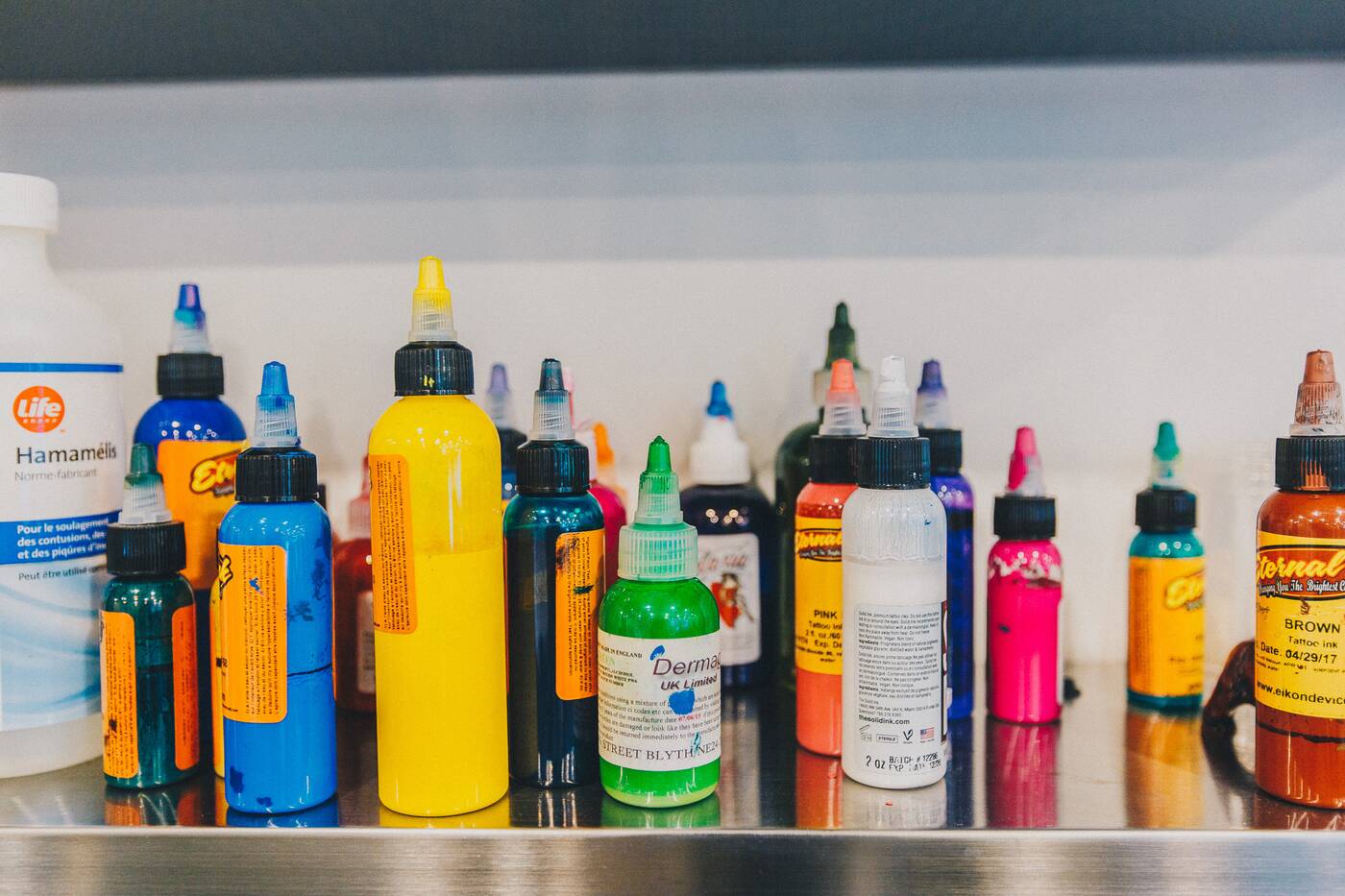 “I always thought it was a great space and it was up for rent for weeks,” he says, with classic music playing lightly in the background. “It kept nagging at me, and I knew if I didn’t take it, it would be like a vape shop.”

Sitting on a corner lot at Geary and Dovercourt, there’s a large Passage Tattoo insignia on the front beside his chopper motorbike. Using a projector and a sharpie late at night, he outlined the graphic onto the side of the building into the wee hours of the morning.

“All sorts of neighbourhood people would come out and hang with me. It was always encouraging and positive.” Then he painted it up, added the carved wood sign, and opened the doors. 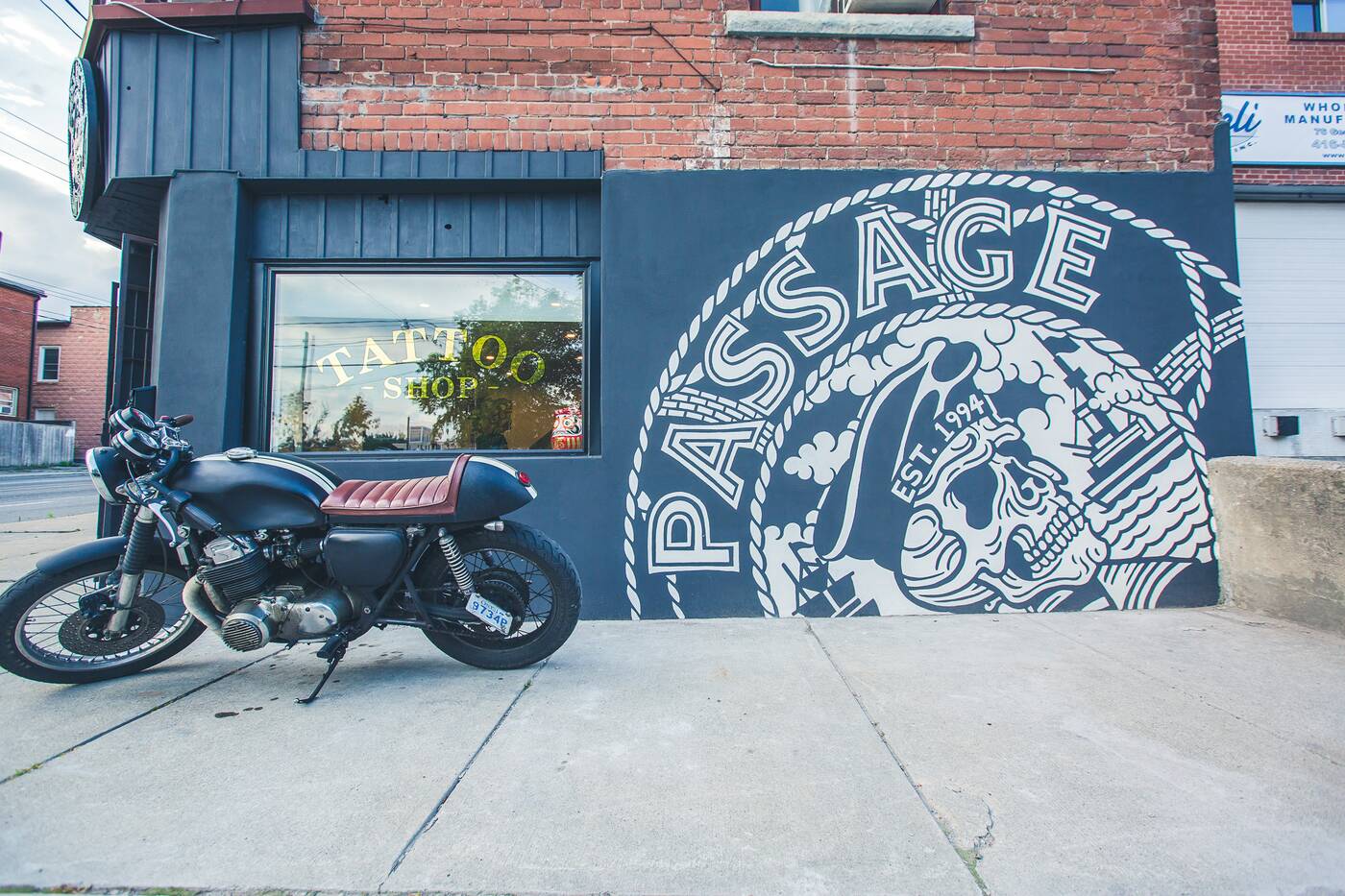 The new shop is exactly as Decator dreamed it. It’s a neighbourhood tattoo shop. It’s not a big, but the space is open and simple. Natural light pours in. The aesthetic is classic tattoo homestead. Traditional flash is splashed on the walls.

Currently there’s a couple artists that will be stationed at the new Passage, with Decator doing spots as well. But he wants to see how the neighbourhood takes to the place, as walk-ins have already started filling up.

“I’m going to take it as it comes,” he says, nonchalantly. 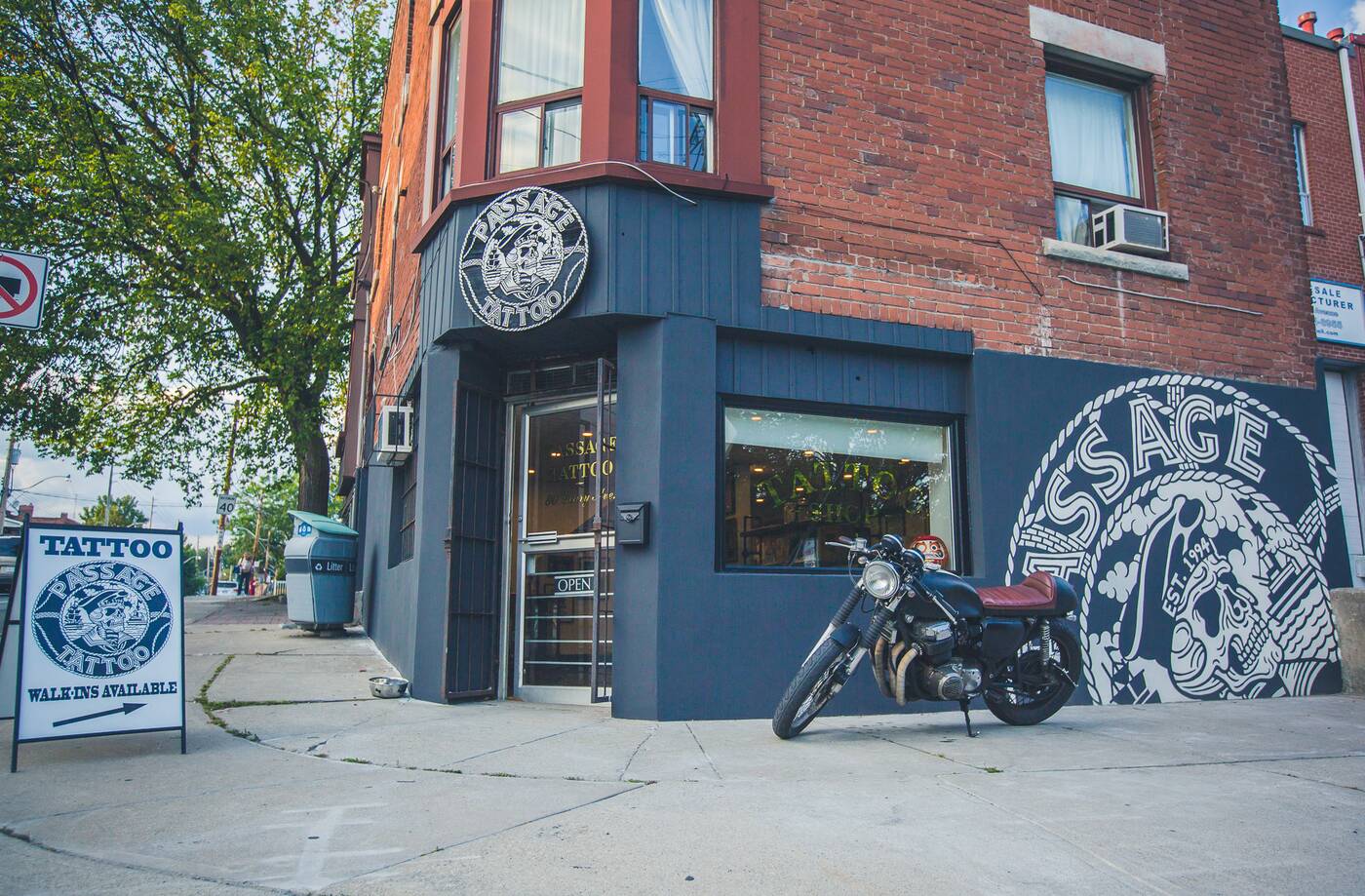