Sonic Boom, Toronto's biggest independent record shop, can now be found on Bathurst just south of Bloor, less than a minute-long walk from its former location . As promised back in June when the store announced that it would have to leave its home to make way for the arrival of a Dollarama location, the new store occupies much of the east side of Honest Ed's , which had sat vacant for quite some time prior to the arrival of its new tenant.

Despite the new digs, Sonic Boom is very much the record shop it's always been. In fact, if you squint your eyes a little, you might just think nothing's changed other than its address. Not only is the store's general aesthetic basically the same, but it's laid out in a similar manner as well. 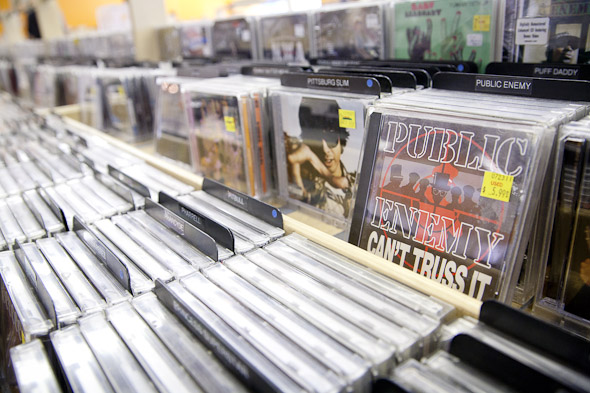 Upon closer inspection, however, there are a few noteworthy differences between the old and new shops. To start with the most obvious of these, the new store is slightly smaller than the old one, due mostly to the loss of the 3,500 square feet of basement space that was used for vinyl sales and live shows. It doesn't look this way, though. Because Sonic Boom is now located on only one level, the first sense one gets when walking in is that it seems a bit bigger. 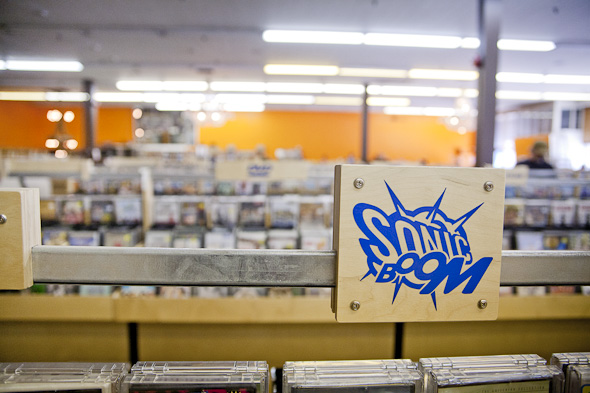 In pragmatic terms, the lost space means that the vinyl section is now a bit smaller. This doesn't really represent an overall loss, though. With the addition of a vinyl-focused store in Kensington Market , there are just as many records available from Sonic Boom, just not all at one location. 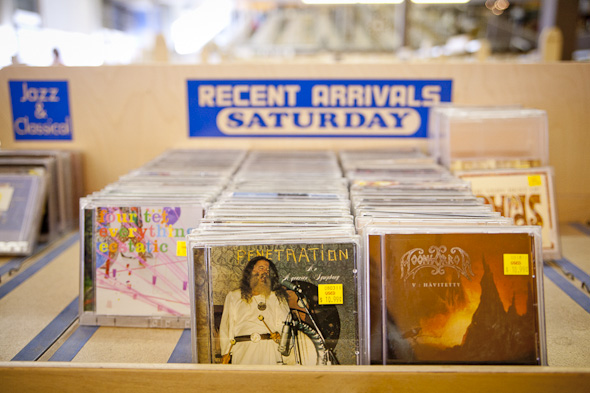 As far as the non-vinyl stock goes, the selection remains the same as before. Rock (indie and otherwise) and electro are particular strengths, but there's solid coverage across almost all genres, including, of course, lots of deals to be had on used versions of albums, films and television shows. Also worthy of mention is the excellent selection of boxed sets and concert and music-themed films on offer. 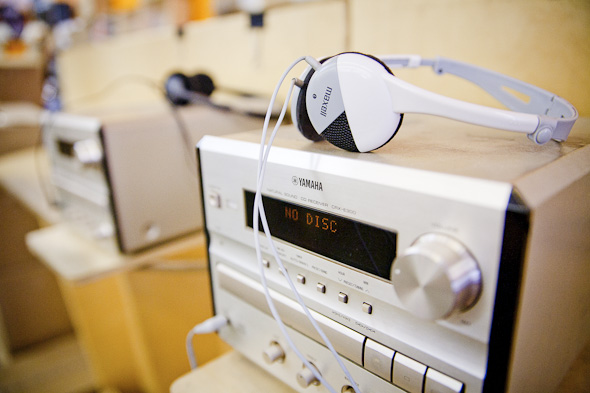 A development from the last few years that's kept up at the new location is the addition of books, t-shirts and record players. While the last of these will be more prominently featured at the Kensington Market store, there's a sizable area at the Honest Ed's location set aside for the former two. 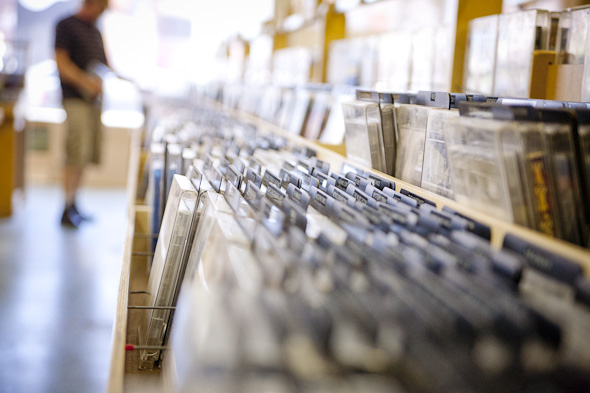 Perhaps more importantly, the new Sonic Boom will still feature live music performances and Tim Oakley's quirky window displays , the latter of which should go a long way toward brightening the rather drab stretch of Bathurst where it's located. Due to the different configuration of the windows, Oakley will now be tasked with putting together three displays (it used to be two), which he tells me he hopes to get started on in a week or two. 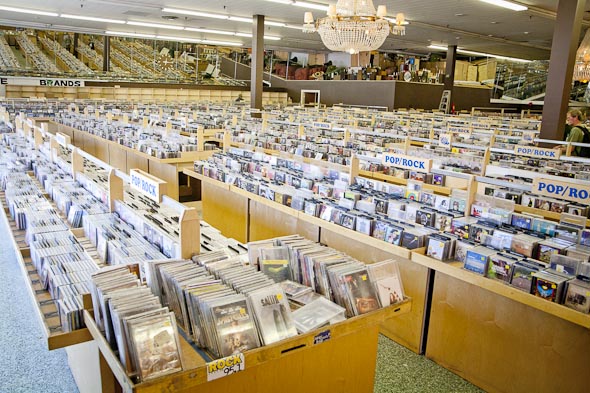 With the loss of the basement space where concerts used to take place, there was some doubt as to how Sonic Boom would be able to keep its in-store performances going after the move, but thanks to the portability of the vinyl displays, this area, which is located at the back of the store, will work just fine for small concerts. An added bonus is that the stage is surrounded by elevated mirrors that will afford audiences an almost 360 degree view of those performing. 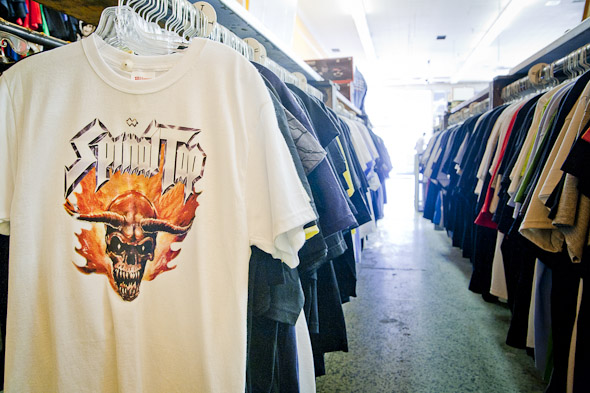 While Sonic Boom's owner Jeff Barber didn't want to relocate his store, based on my first visit, I have to think this is about as good a scenario as he could have hoped for in terms of relocation plans. Sure the Honest Ed's signage robs the new location of a bit of street-front prominence, but once Oakley has his displays up and customers get used to walking around the corner to the new shop, the new Sonic Boom will feel just like home for its loyal clientele. 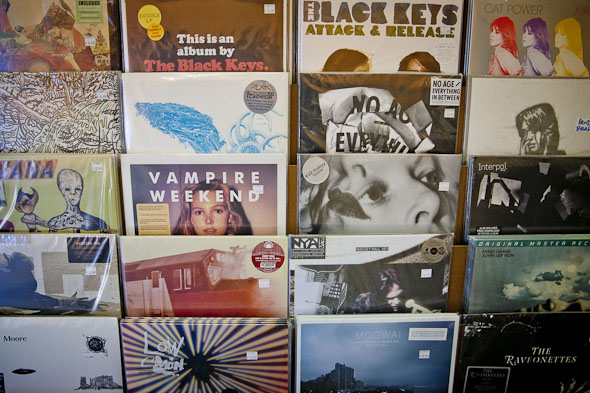 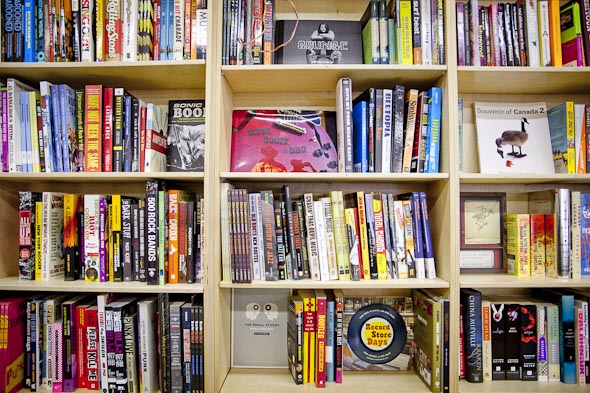 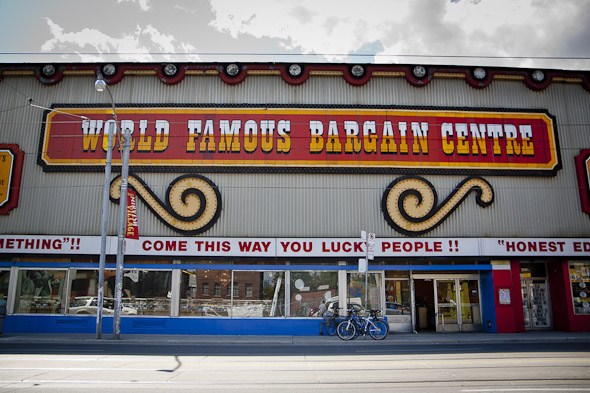