Note: Passage Tattoo has moved to a new location. That can be found by clicking here.

Passage Tattoo Parlour. If you're not looking for it, you will miss it. Nestled in the thick of the Village, firmly planted on Church St., its only storefront is an insignia-plastered door that leads to a narrow hallway. Passing some awards on the wall, you ascend a staircase into the open wilds of Passage Tattoo. One of Toronto's highly-touted tattoo shops.

I'm here to meet with Jay Decator, the amicable owner that everyone tells me is, well, personable. And they're right. As Decator and I meander through the deceptively large two-storey parlour, he explains why patrons are able to find that hidden front door on the street. 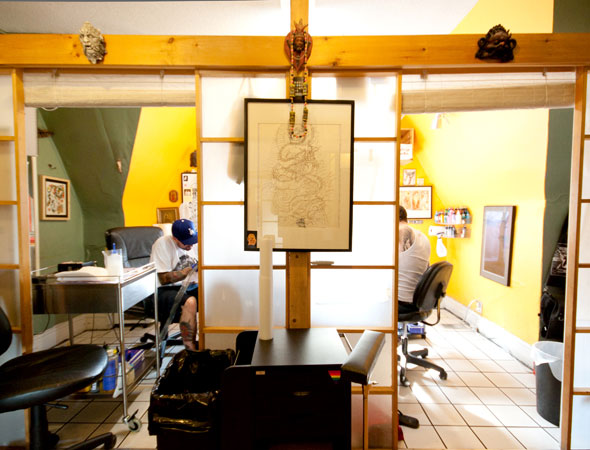 "We are mostly word-of-mouth, because we are so tucked away," he begins in his relaxed, composed tone. "We're not a street shop per se; people have to find us and seek us out." But that's not necessarily a bad thing, he notes. Having been operating a tattoo gun since '94, Decator bought Passage 10 years ago from a friend. And ever since, the shop has been working the old-fashioned way: by a solid word-of-mouth reputation. 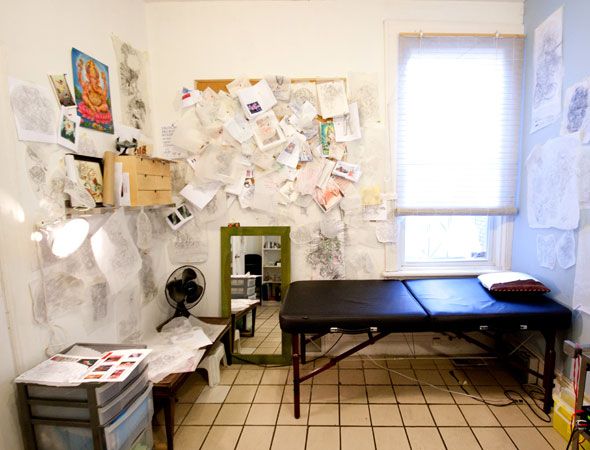 This means that the vast majority of Passage's customer's aren't "first-timers" or walk-ins off the street. (Typically when a first-timer does enter through Passage's hard-to-find front door, it's because they're accompanied with a heavily tattooed friend.) Decator and co.--there are currently four tattoo artists total and an apprentice--are then able to concentrate their efforts on bigger, more complex pieces. 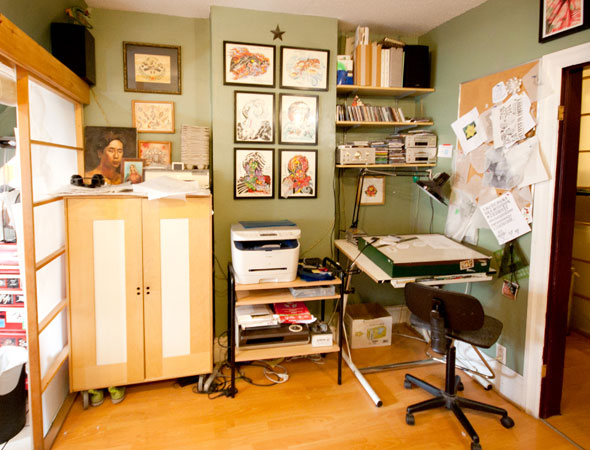 Having been a linchpin in Toronto's tattoo community for the past decade, Decator appreciates the city's healthy tattoo scene. But he also thinks it's a little overcrowded. "I don't think Toronto needs anymore tattoo shops," he says, running his hand through his hair and pausing. "I think there is a glut of them." 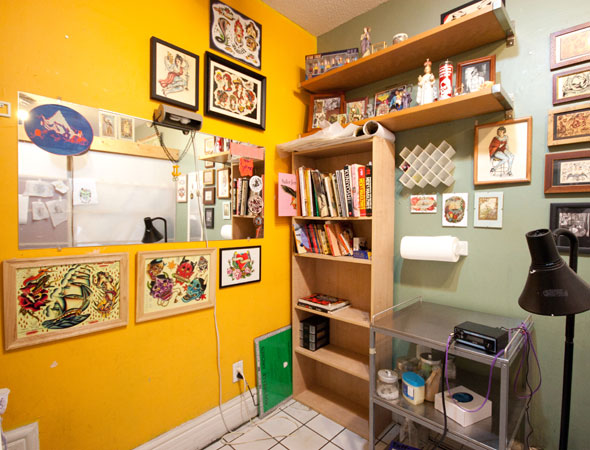 So what separates the good shops from the sub-par shops? Quality. That and people who care, explains Decator. It's actually one of the chief reasons Decator is a skin artist. The interactive nature and collaboration with his clients is somewhat of a bonding experience. Which makes sense if you're staring intensely at someone's naked back for five-hours straight working on a back piece. But by doing so, Decator has a built a loyal, high-praising clientele. A clientele that has him booked three months down the road. 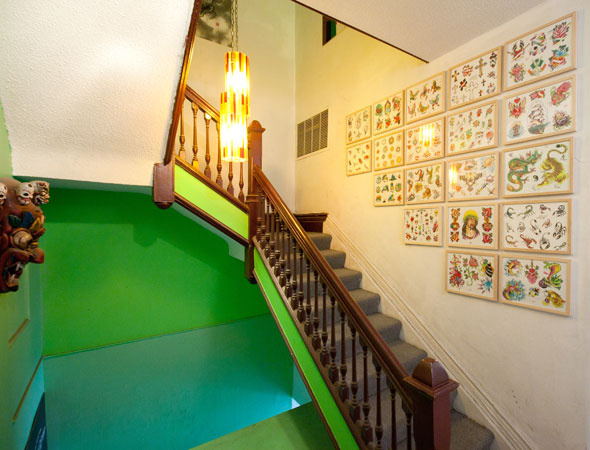 But back to the quality point. Passage appreciates artists that have learned "the long way and the hard way." Case in point: Kate Davies, the full-sleeved, cheerful receptionist has been an apprentice for the past two years. "She has been doing a painting a day for the last two years," says Decator. "And she's getting better and better." (When I walk into the reception area, she's working on an elaborate and colourful painting.) Davies is now starting to do small tattoos, some of which are free. "I think she's really earned the right to start doing tattoos." That's the kind of quality, not to mention dedication at Passage.

As we end up back in Decator's personal tattoo room - which is lined with sketches, writings and hand-drawn outlines that serve as his "wallpaper" - he doles out some advice. 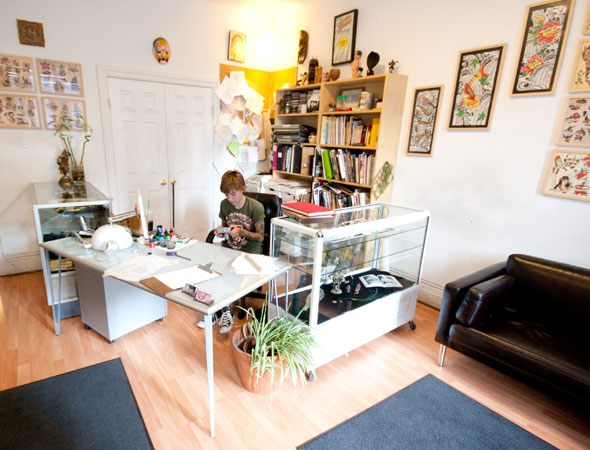 A fixed hourly rate of $130 applies for all tattoos. Passage Tattoo is located at 473 Church St. 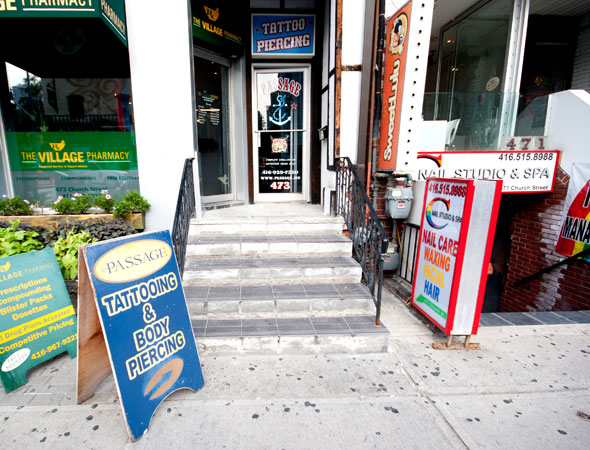