Pearl Harbor Gift Shop draws inspiration from Japanese and American WWII-era art and design. Officially open since May 1st, it's a light, open and inspiring space to have one of Glennie Whittall, Bill Baker , Daniel Innes, or other guest artists adorn your body with any one of a myriad image. The space itself was once a restaurant as well as a clothing store. But, after 4 months of renovations (including the installation of shelving salvaged from the old Rotman's hat shop on Spadina, as well as century-old general store cabinetry and tin ceilings), the shop is a beautiful testament to the past.

After speaking with co-owners Baker and Innes, I quickly learn the nostalgic, war-era feeling of the shop is no mere coincidence. The cabinetry is lined with pieces of both Japanese and American WWII memorabilia from Innes' personal collection, who has been tattooing for 11 years. Baker spent a year in the South Pacific learning about the history of tattoo indigenous to that region, as well as the process and tools involved. 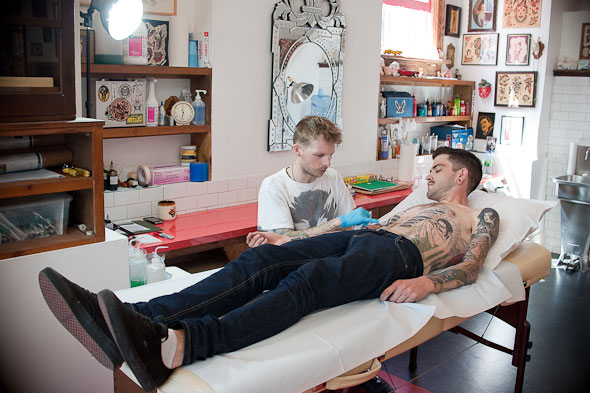 The shop is even affiliated with the "Ace of Clubs" (a.k.a. "The Alleged Imitation of Percy Waters Tattoo Club"), a network of Canadian, artist-run tattoo shops, which in name, pays homage to Percy Waters, a 1940's tattoo artist and supplier who, to this day, plays an important role in the stylistic and mechanical development of tattoo culture.

Even the reference to Pearl Harbor in the shop's name alludes to more than simply the bombing of the American port city in WWII. As shown on the t-shirts that are sold at Pearl Harbor Gift Shop, the phrase "Remember Pearl Harbor" harkens the day of the traditional, do-it-yourself approach to tattooing that inspires Baker, Innes and Whittall. 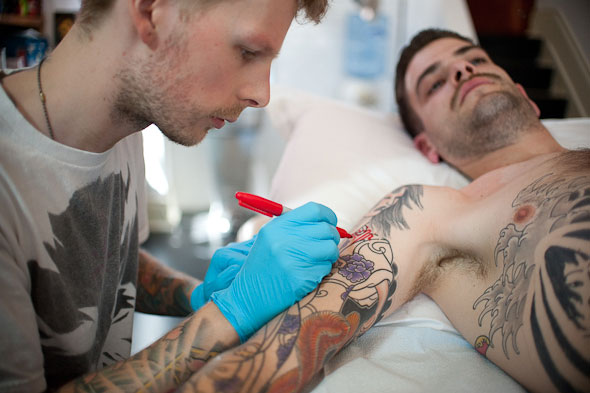 All of their designs are done by hand. All of the flash lining the walls is hand-painted, and all of the prints are hand-screened on the press upstairs. Many of the tools used in the shop even incorporate the artists' own unique designs or constructions. I'd be surprised to find something in the shop that either Baker, Innes or Whittall didn't do on their own.

As Innes mentioned to me, that constructionist ethic is an important part of Pearl Harbor Gift Shop, differentiating it from the other shops in town. In the traditional way, Innes and Baker source their tattoo needles and tools from other artists, as opposed to the cheaper (and often lower quality) routes of e-Bay or Chinese manufacturers. Additionally, being the artists and owners of the shop lends a certain level of care to the shop that is missing in other tattoo spots around town. 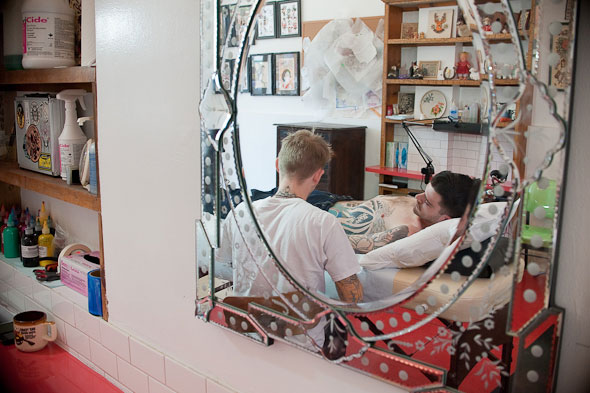 As Innes told me, "The [shops] owned by non-artists don't care about their product. It brings the quality of tattoo down. It's bad for everyone - customers, tattooers and the community at large....[owner-artists] generally want to make sure that everyone [in their shop] is doing good tattoos and knows about tattooing as well."

Baker agrees, adding that, "Tattooing really is a craftsmanship." Having tattooed since 1981, and originally an owner of Tat-A-Rama, Baker subsequently went on to found a tattoo parts manufacturing company. Unfortunately, Baker and that company ended up going their separate ways. But, as he so optimistically told me, "The gift in that is that I am tattooing again." 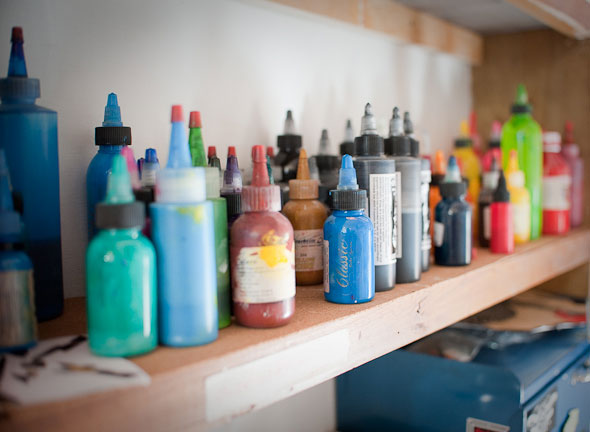 "I love the process...and, my interest is in doing what people want and doing a good job of it." That approach is instilled in those he works with, and as I could see through simply speaking to Baker about his life and work, he not only cares deeply about his craft, but also about those who allow him to decorate their bodies with his work.

He emphasizes that the tattoo is really about the individual, and so, it's the individual's choices that always take priority. That concern for his art and clients (along with the cleanliness, quality of work, and collective experience of Baker, Innes and Whittall) is a definite reason why I would recommend that any tattoo enthusiast, young or old, clean-skinned or covered from head-to-toe, check out Pearl Harbor Gift Shop. 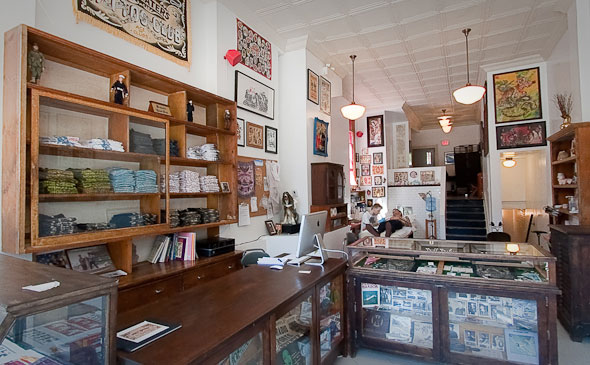 I asked Innes and Baker if they had any advice for "tattoo virgins" such as myself. Innes suggested that for any large tattoos, have a couple of consultations first. Try to stay away from the hands, neck and face (he won't do them, unless you are already heavily tattooed). And, your girlfriend's (or boyfriend's) name is pretty much just bad luck.

Baker, on the other hand, put it pretty simply: "If you can't stand not having a tattoo, it's time to get one." Sage advice. 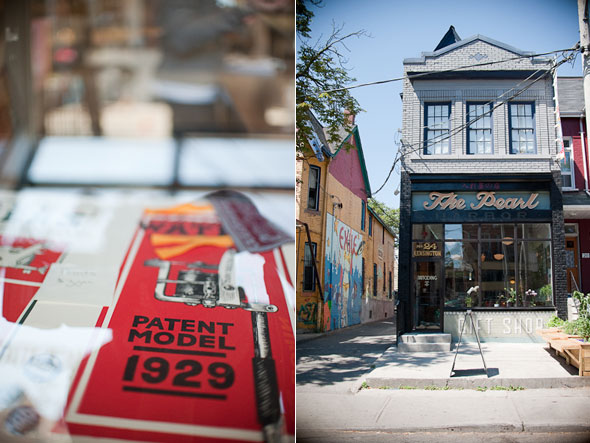