Zitto Zitto Taverna is a Sicilian-inspired restaurant with a grill-focused menu specializing in seafood.

Sat at the corner of College and Clinton, the dining spot joins one of the most vibrant intersections in Little Italy home to neighbourhood hot spots Cafe Diplomatico, Pompette, Birreria Volo and Sotto Voce, Zitto Zitto's sister establishment. 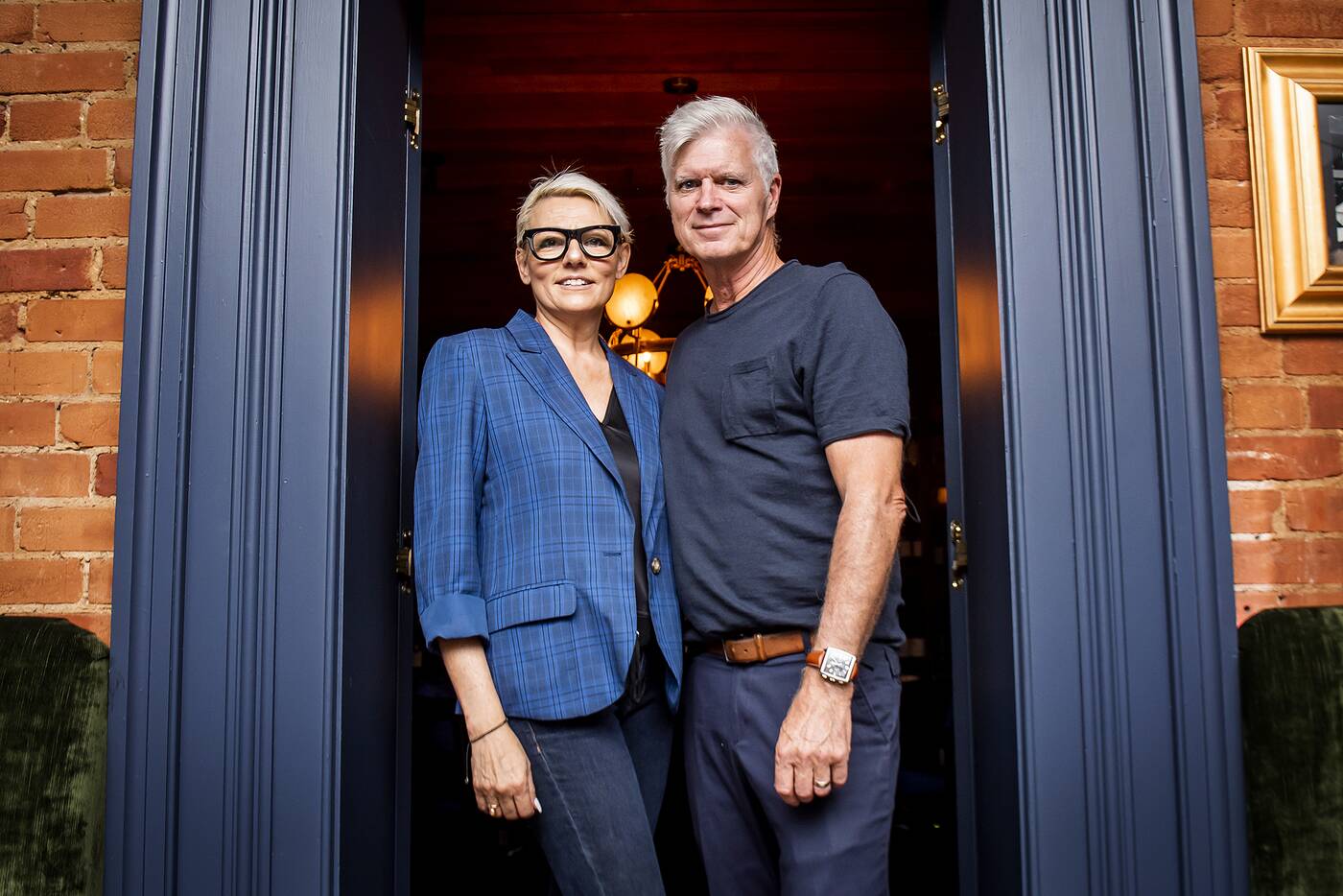 Husband and wife team Alan and Anita Thomson jumped at the chance of getting their 20-year-old restaurant a sibling when a spot became available just next door.

What they describe as Sotto's slightly more refined big sister, Zitto Zitto takes over the old space of Trattoria Giancarlo, which survived a good 30-year run in the neighbourhood. 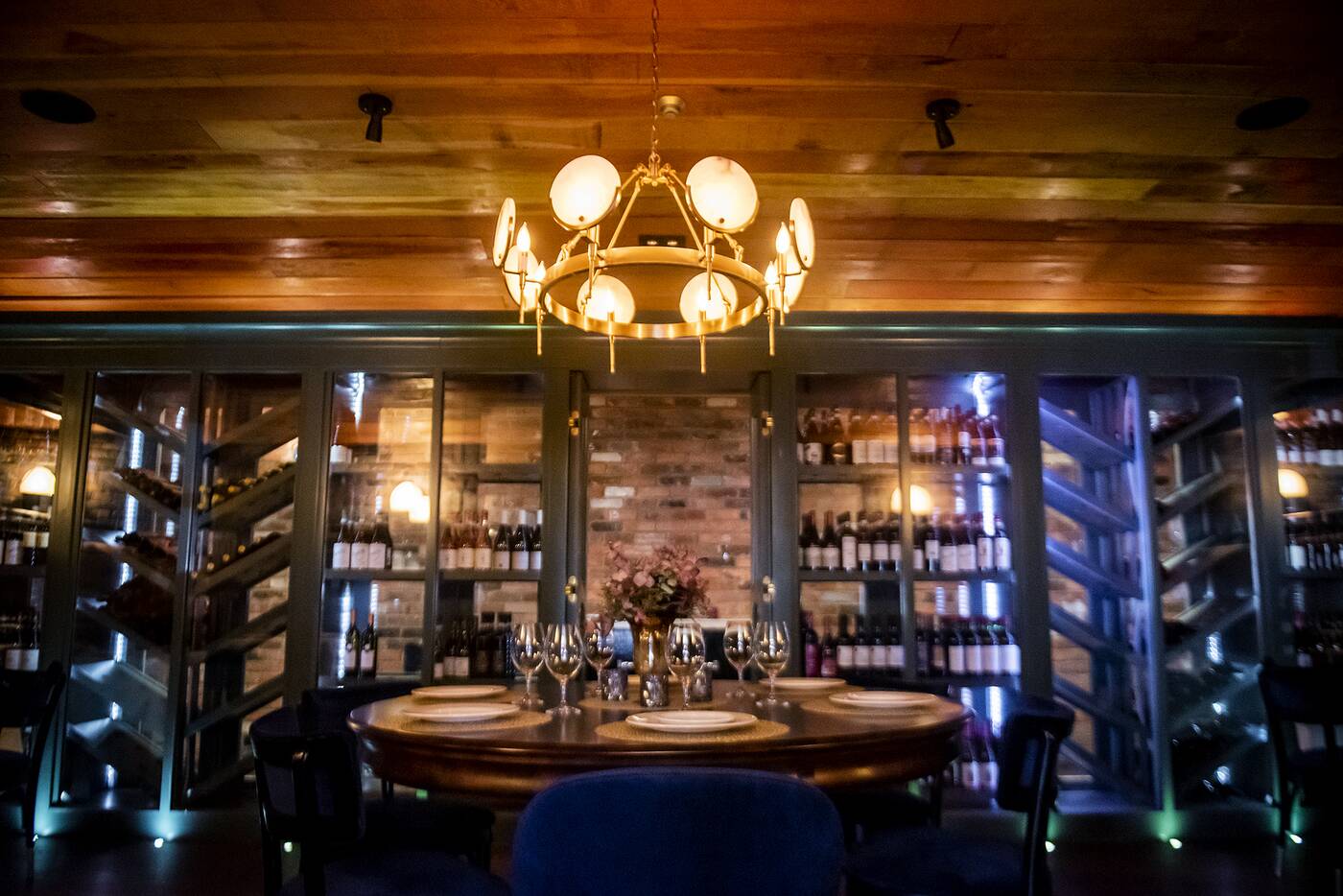 The incredible 100-seat restaurant is separated into four different dining sections, each with its own unique feel. 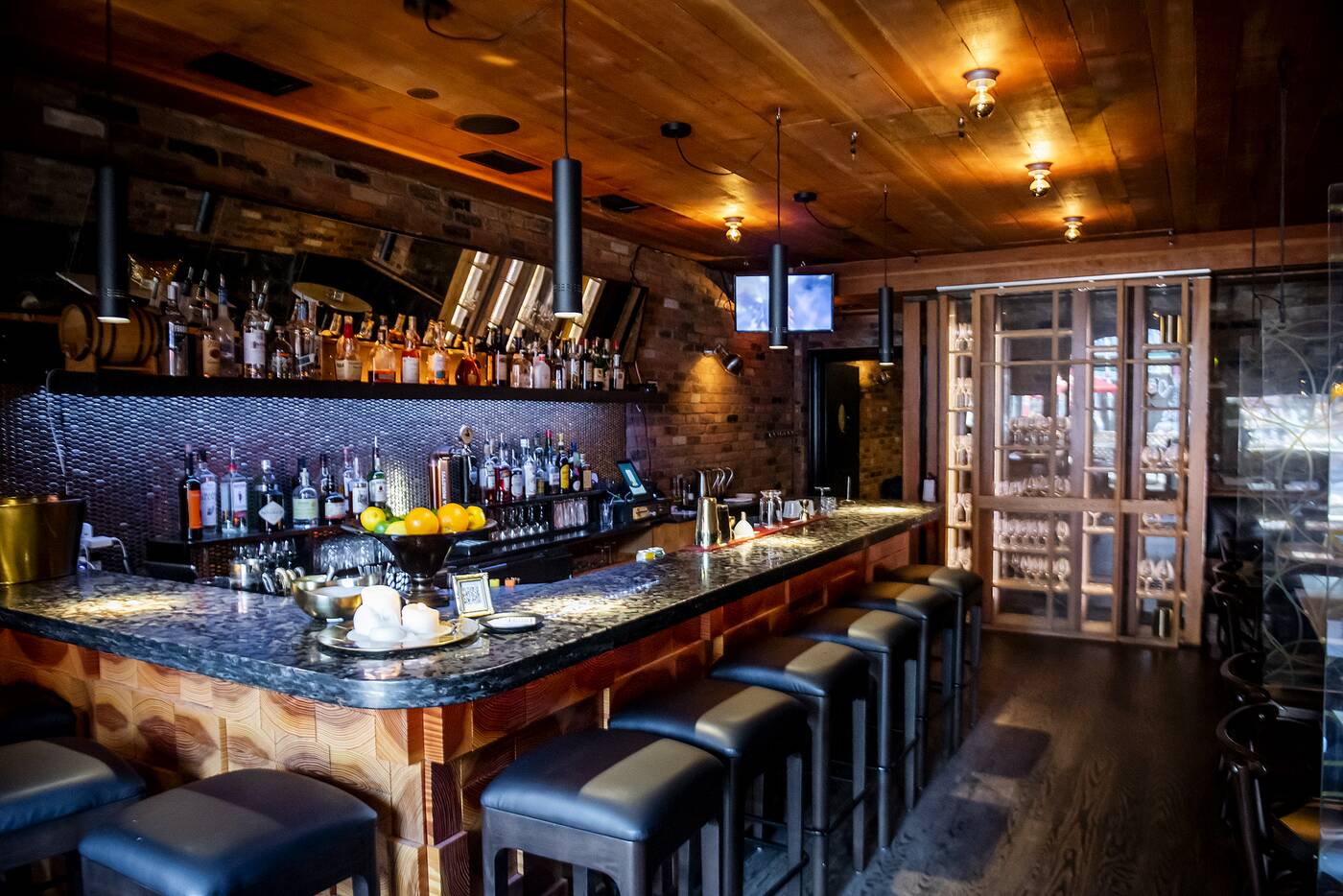 Start in the cocktail bar near the entrance where you can grab a drink while you wait for a table. Then there's what they call "La Cantina." Hidden by tall temperature-controlled wine cabinets, it has to be the most private of the dining rooms. 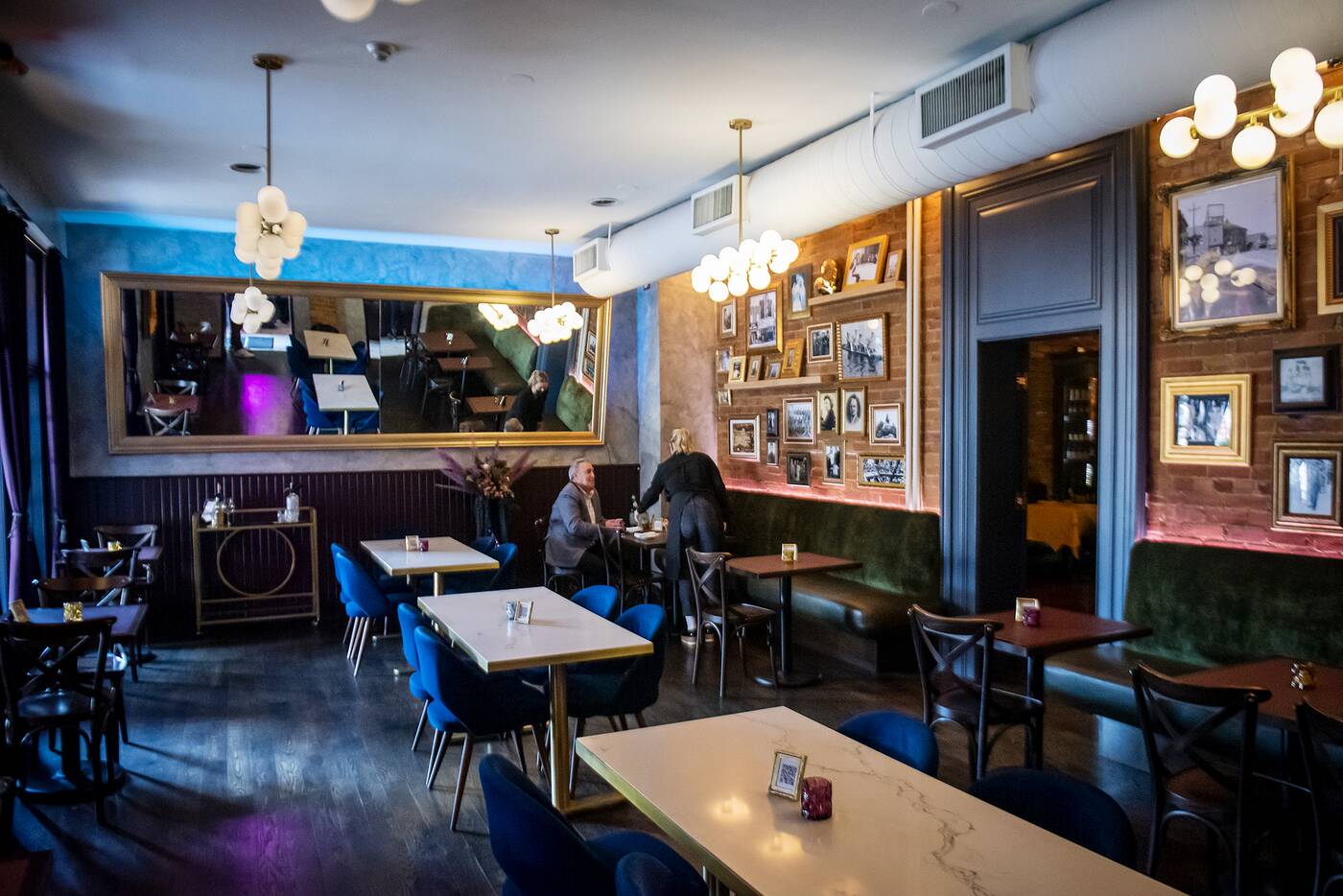 The heart of the entire place is definitely the main dining room where the brick-exposed walls tell a story, covered in Thomson family photos. 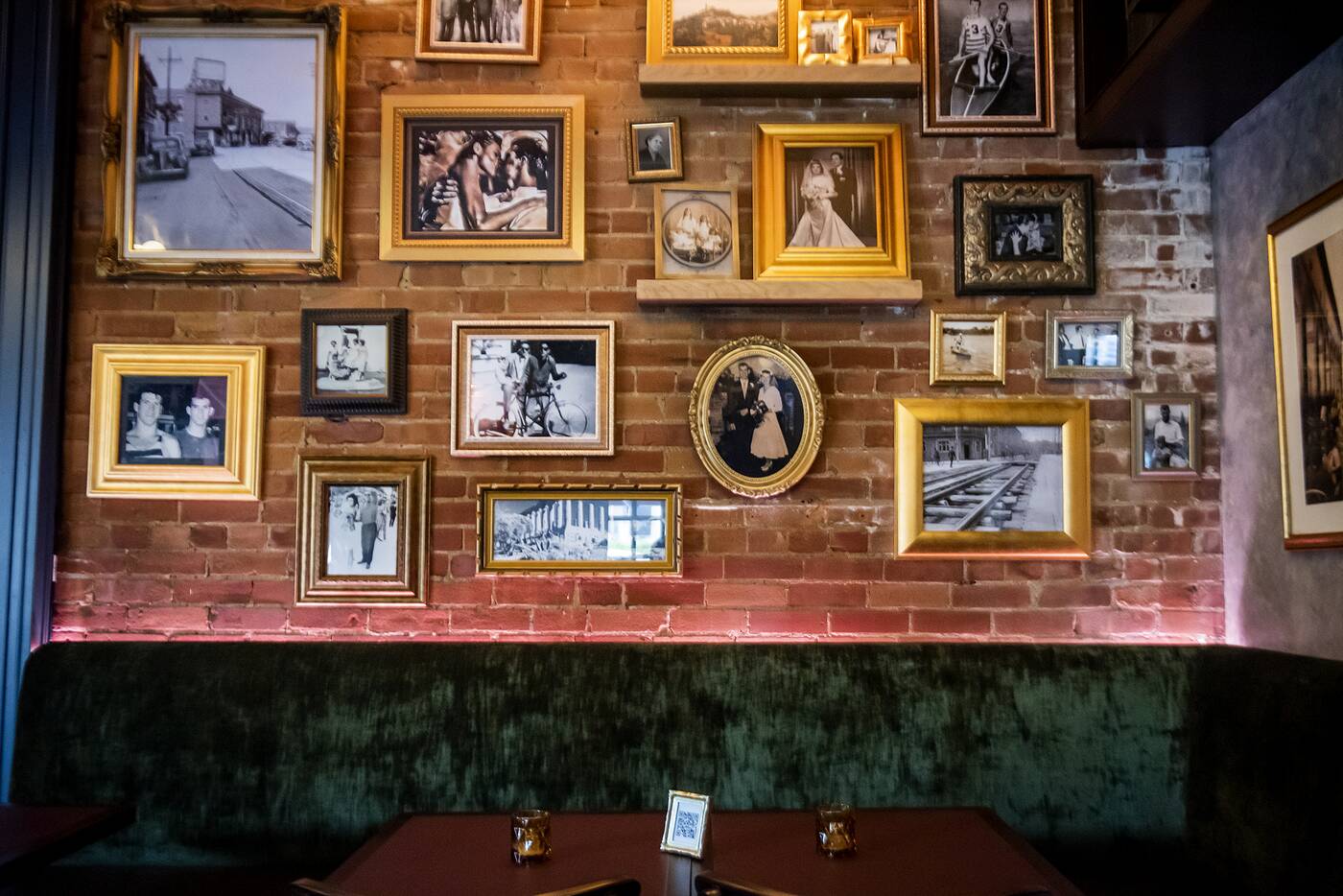 Just one look at the picture wall reveals long ties to the community in which Anita grew up. Her parents are shown dancing in the very intersection both restaurants are found in one photograph and a Good Friday procession several years ago is displayed in another. 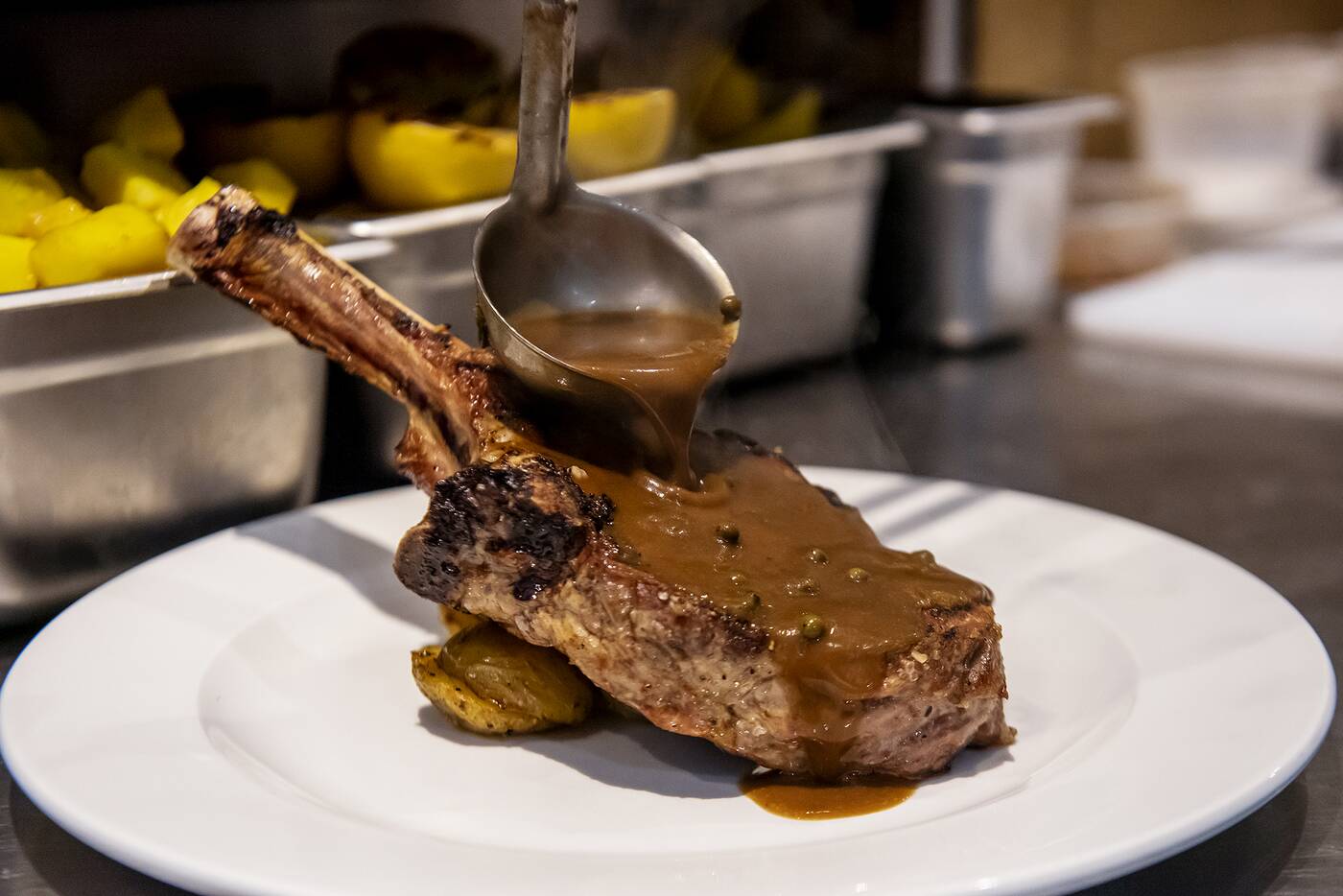 Chef Alessandro Militello, who owned a restaurant in Palermo for about 10 years before moving to Toronto and spending some time at Yorkville's EVOO, created the Sicilian-style menu of grilled meats, seafood and pasta offerings. 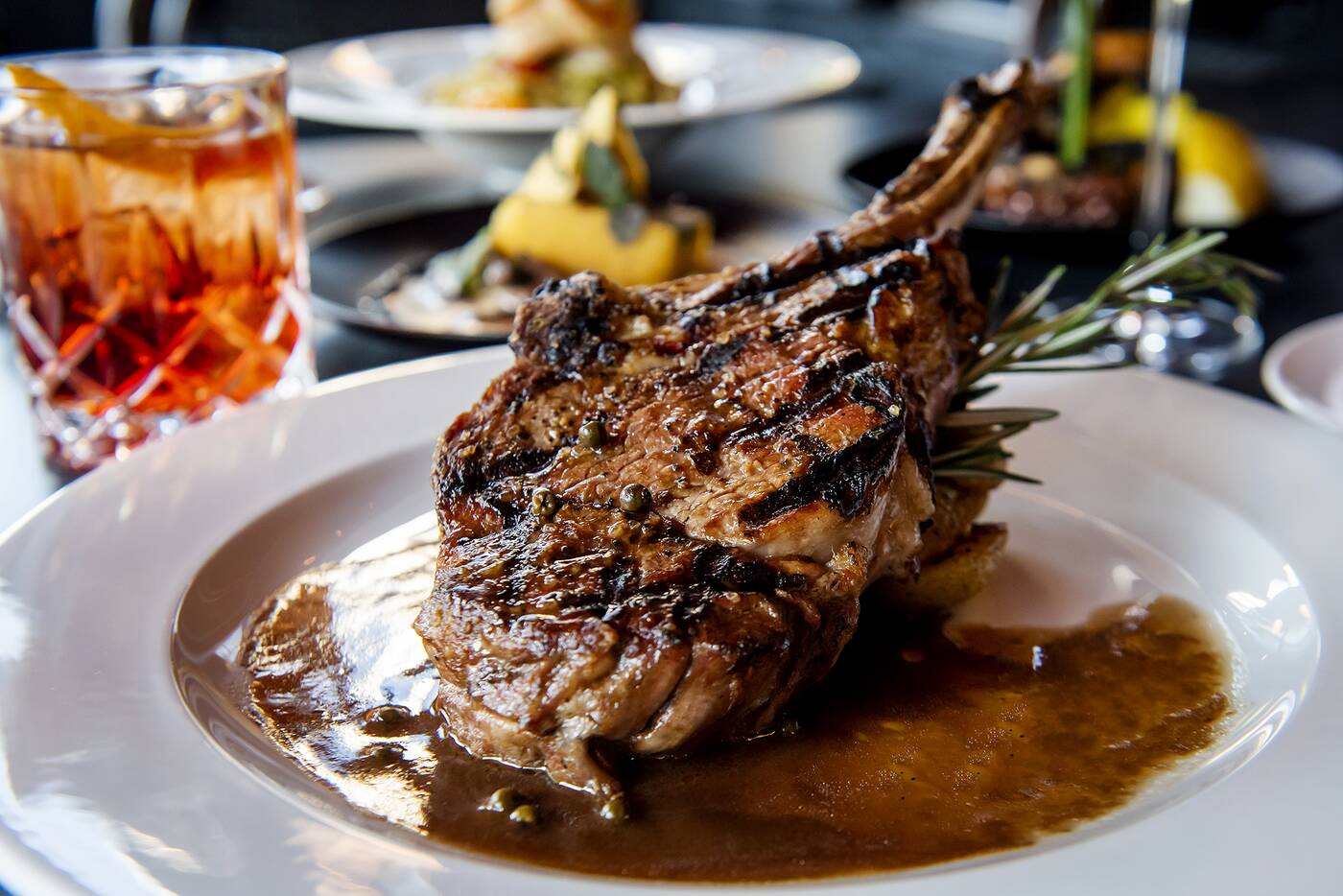 A 9oz pork ($28) and 14oz milk-fed veal chop ($35) coming with a green peppercorn sauce and roasted potatoes are nicely grilled. Both the flavour and tender consistency of the juicy veal earn big points. 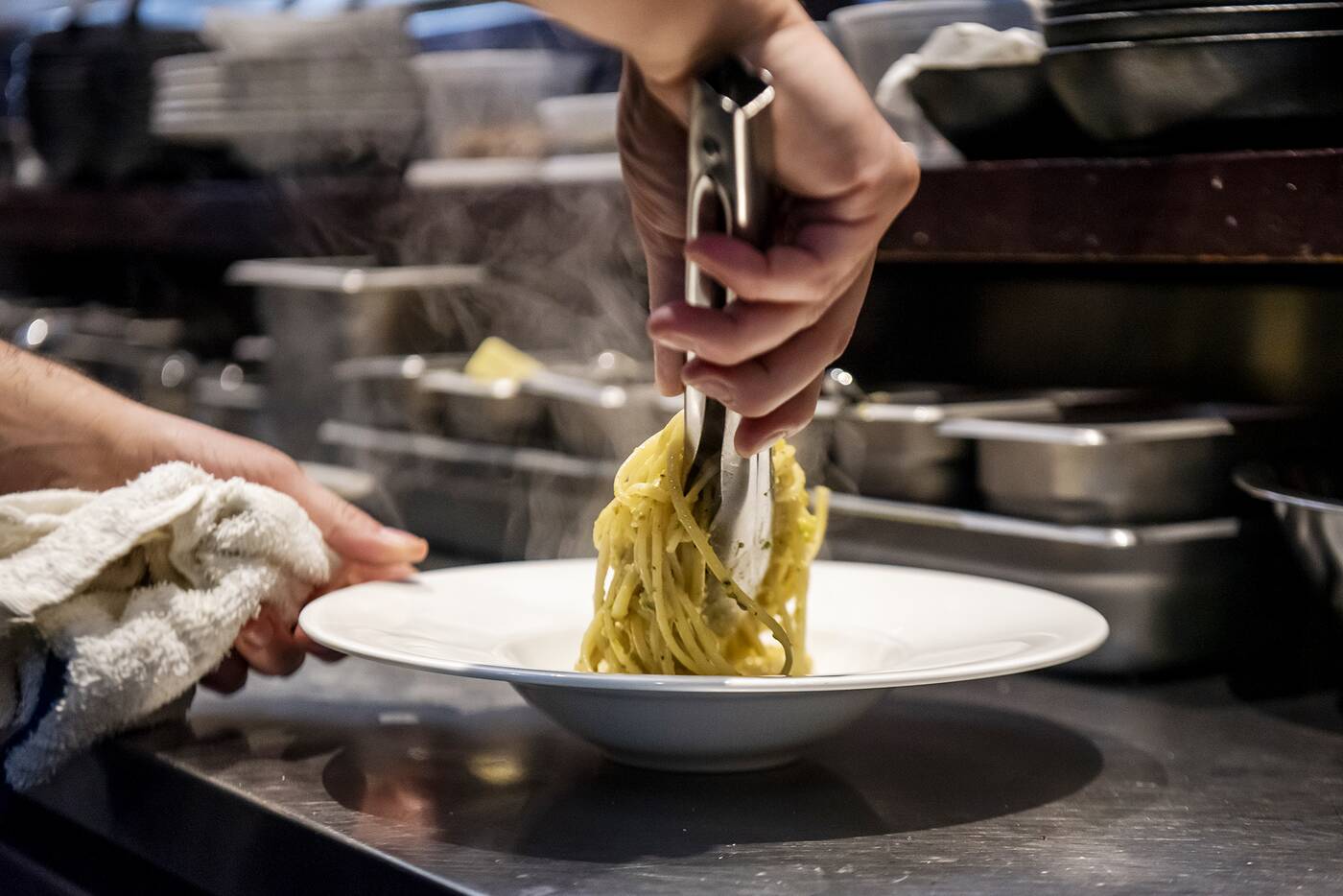 There are five kinds of pasta available with half sharing the plate with some sort of seafood. Linguine Bronte ($24) gets black tiger shrimp. 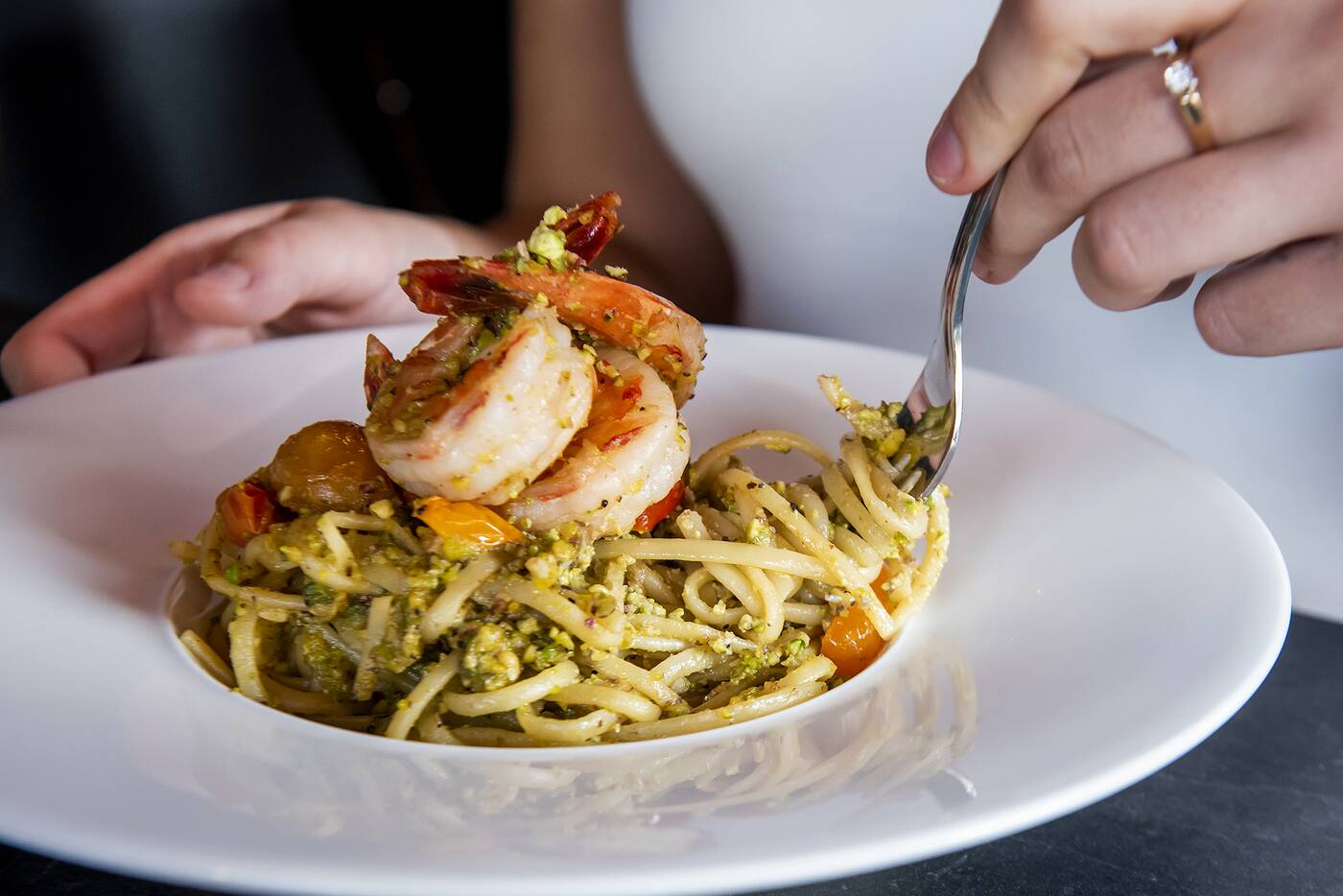 The dish is named after Sicily's crown and jewel when it comes to pistachios, Bronte. The highest quality nuts of this kind come from here and are used for the pistachio pesto that covers this linguine. 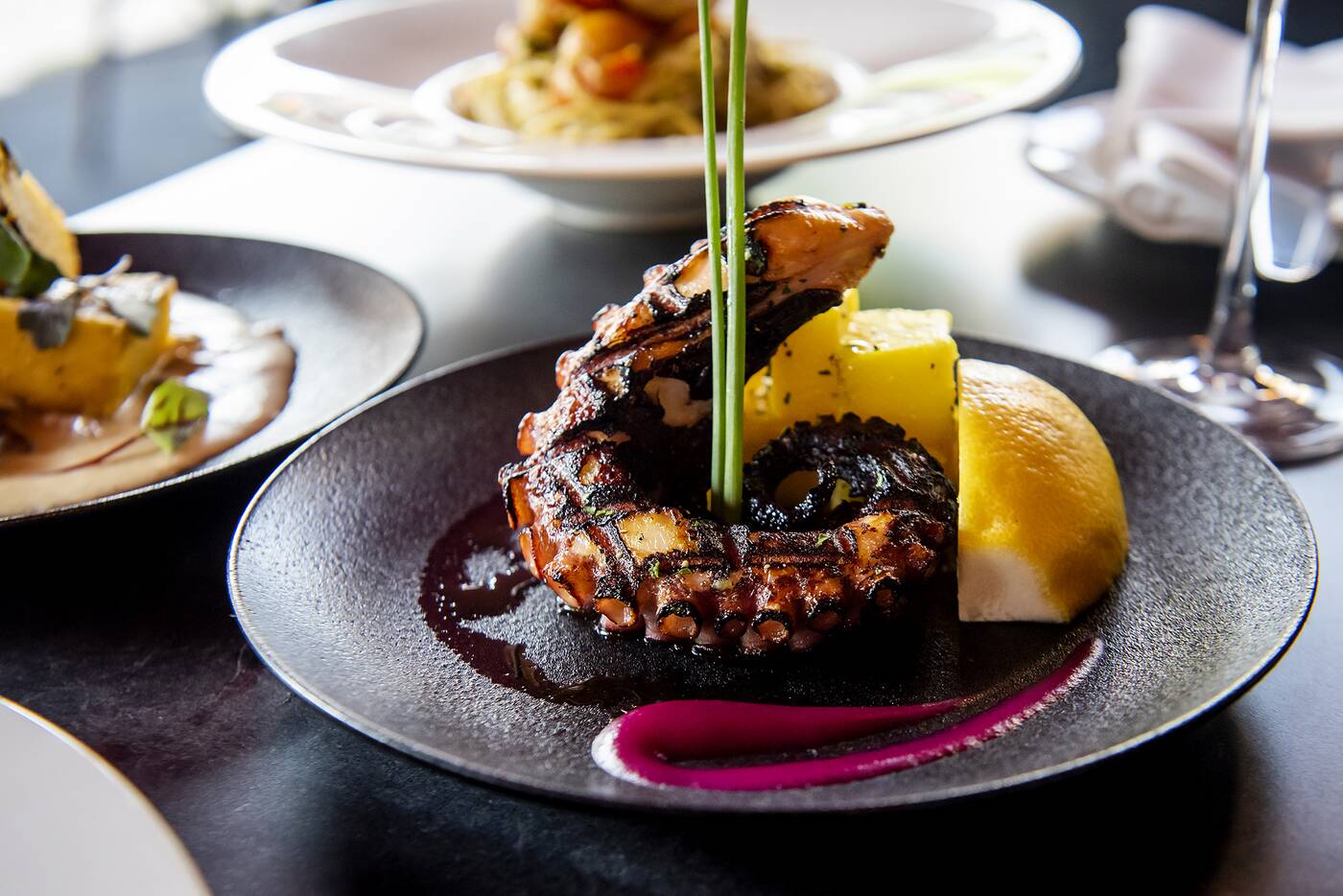 Another seafood option, polpo e patate ($20) is grilled octopus served with saffron potatoes and beet cream for a pop of colour and flavour. 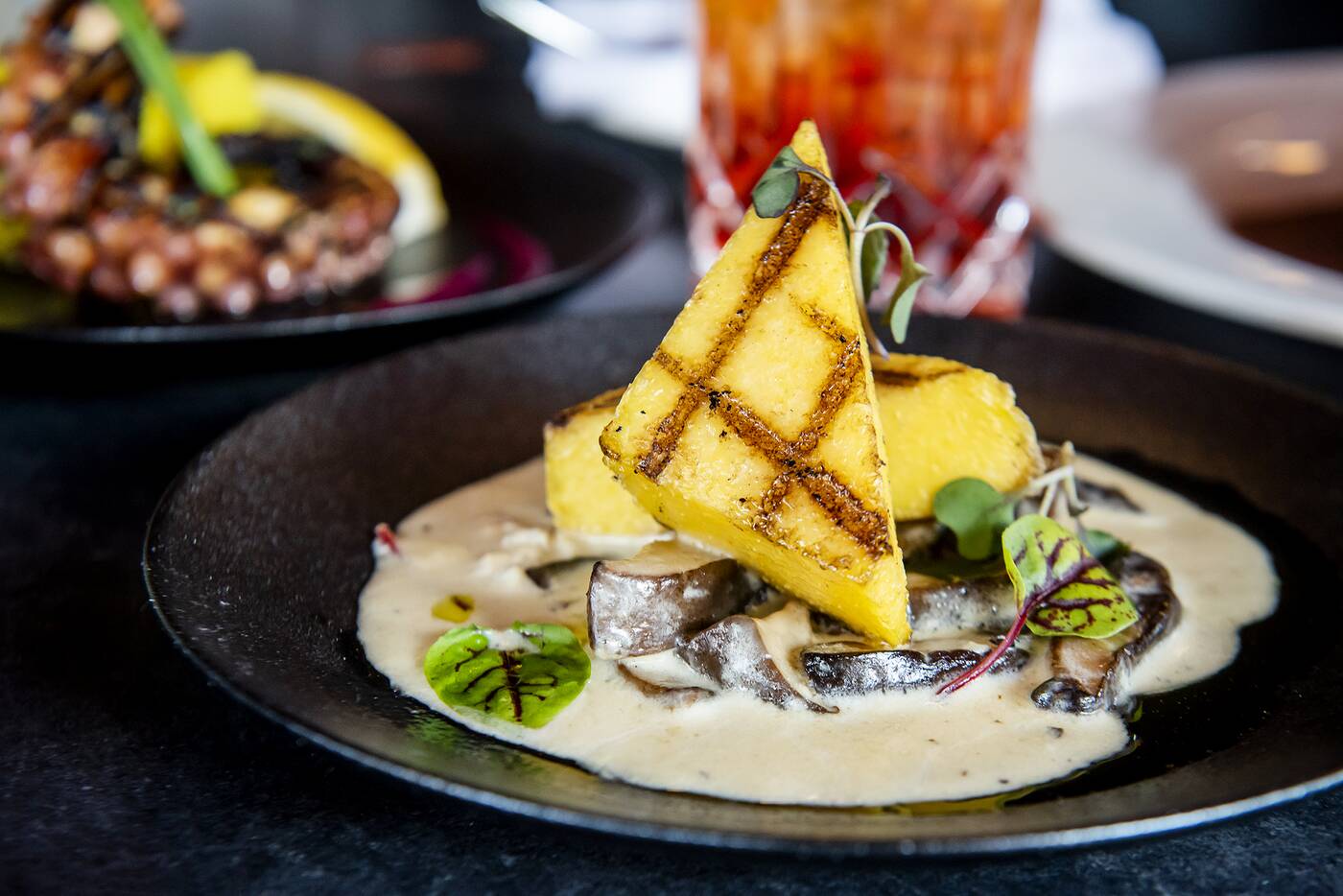 Polenta funghi e gorgonzola ($16) wins me over despite just a small liking for mushrooms. It must be the truffle-infused gorgonzola cream sauce they come drenched in and grilled pieces of cornmeal. 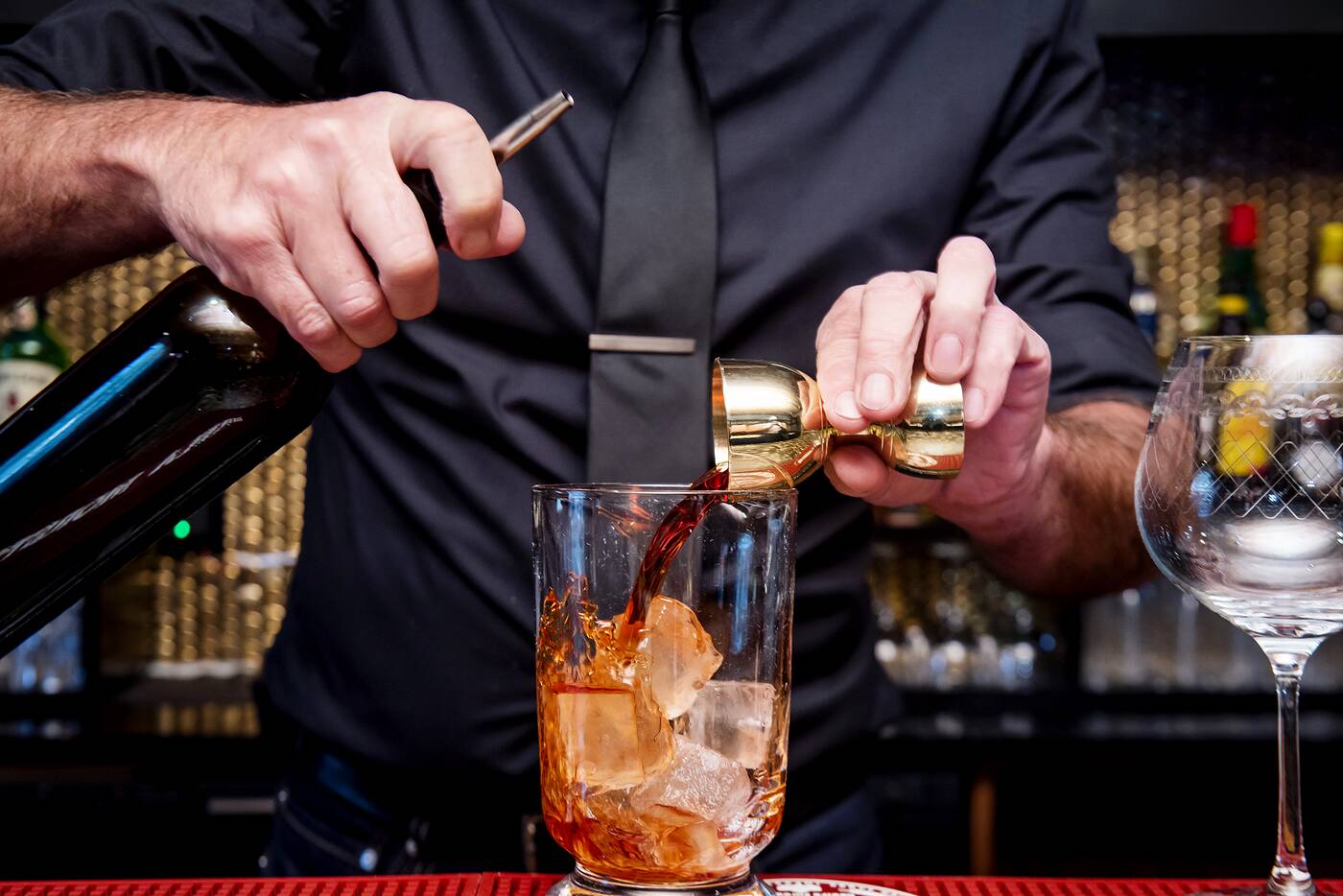 Besides a selection of old world and biodynamic wines both from Sicily and around the world, the cocktail list is made up of a few Zitto Zitto originals and plenty of classics. This is Alan's, described as a purist by his wife, fixation after 40 years of bartending. 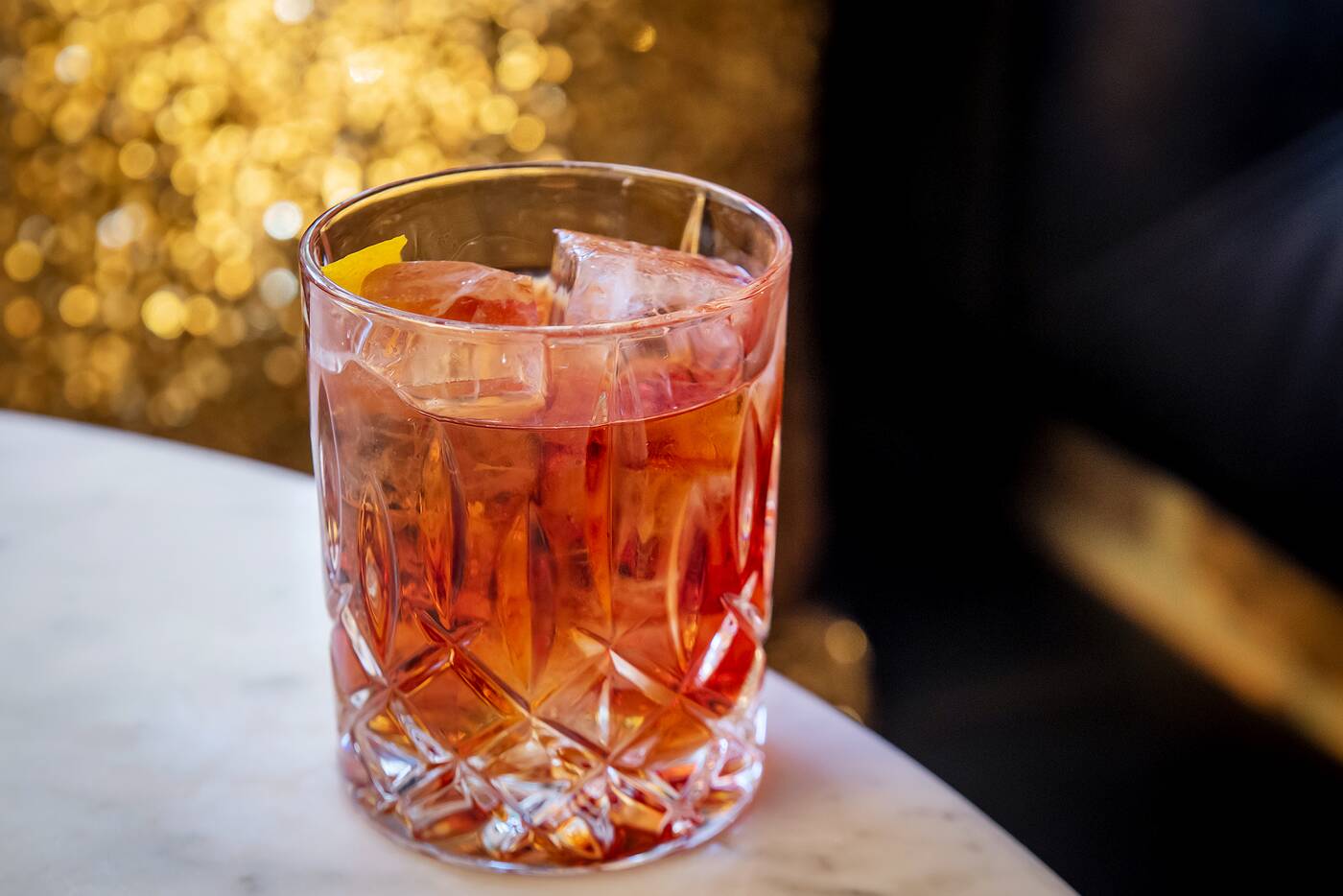 Negroni ($16) is made special with gin, Campari and a combo of two different vermouths, a house secret. 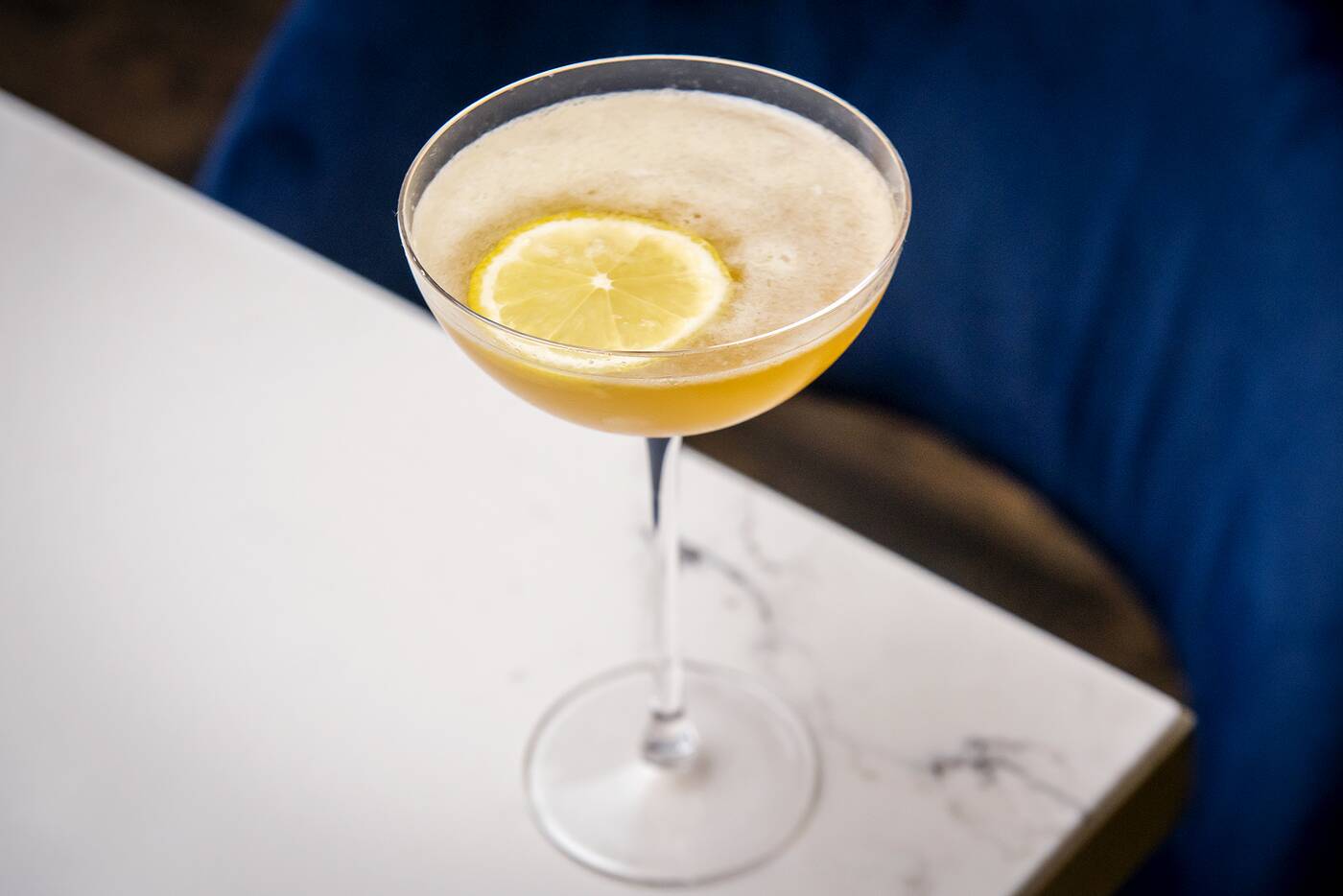 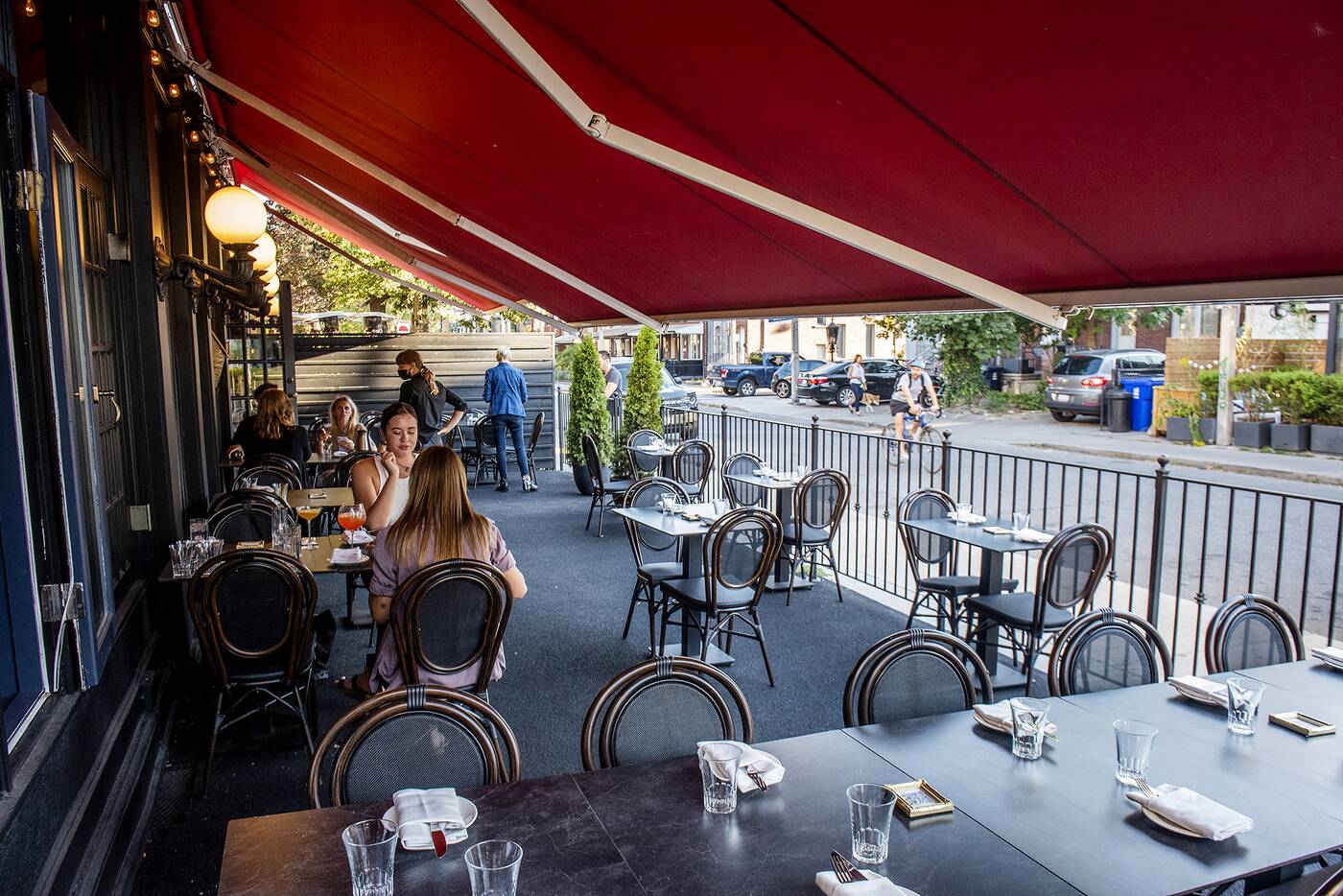 The large restaurant leads out to a patio situated just behind Sotto Voce's on Clinton Street. Here, you'll find a bit of a different feel from the moody and darkly-lit dining sections indoors. 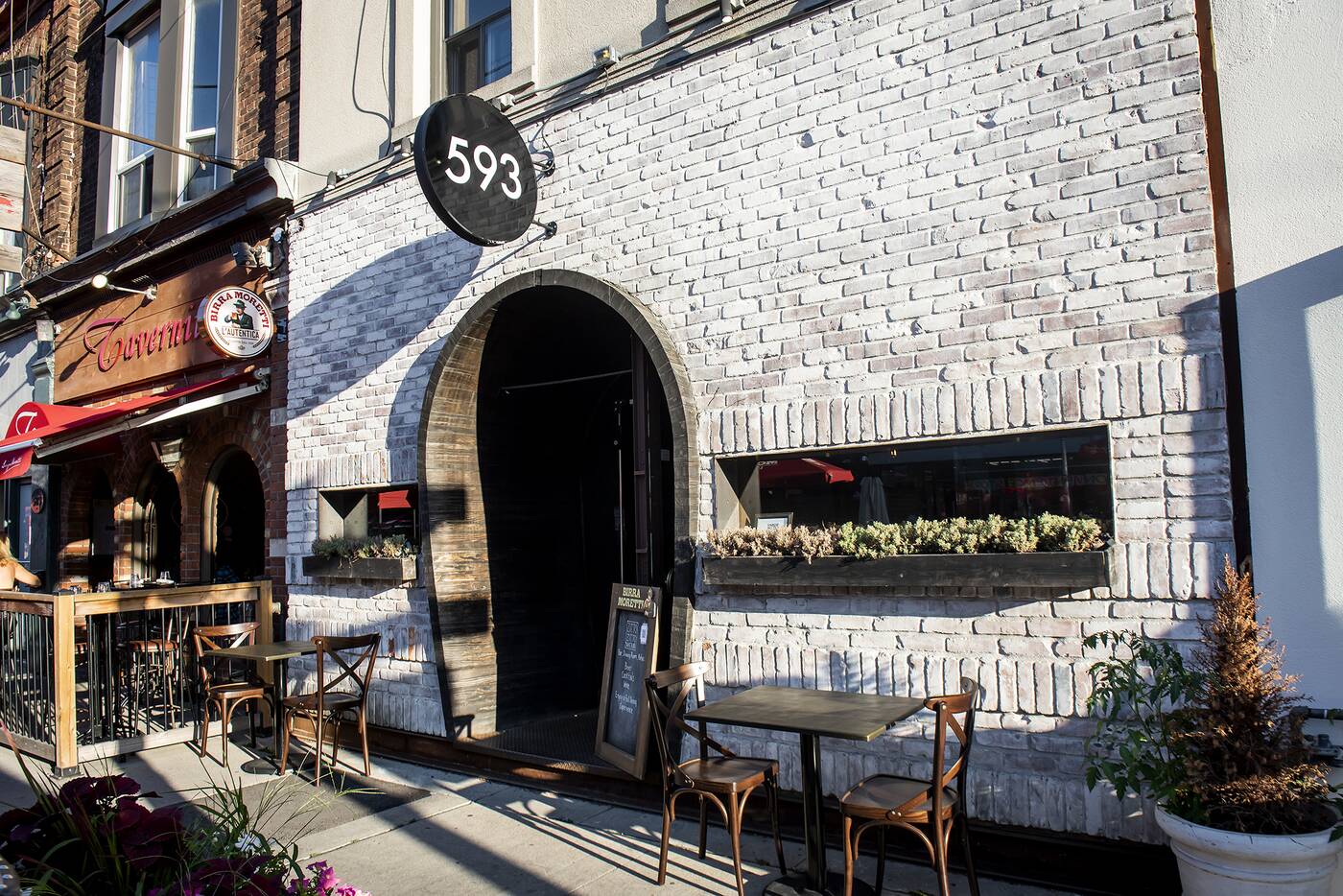