Birreria Volo has risen in the wake of the legendary Bar Volo's closing . Run by the same Morana brothers, Julian and Tomas, this College Street bar focuses more on barrel-aged and saison brews and small "poor man's kitchen" snacks. 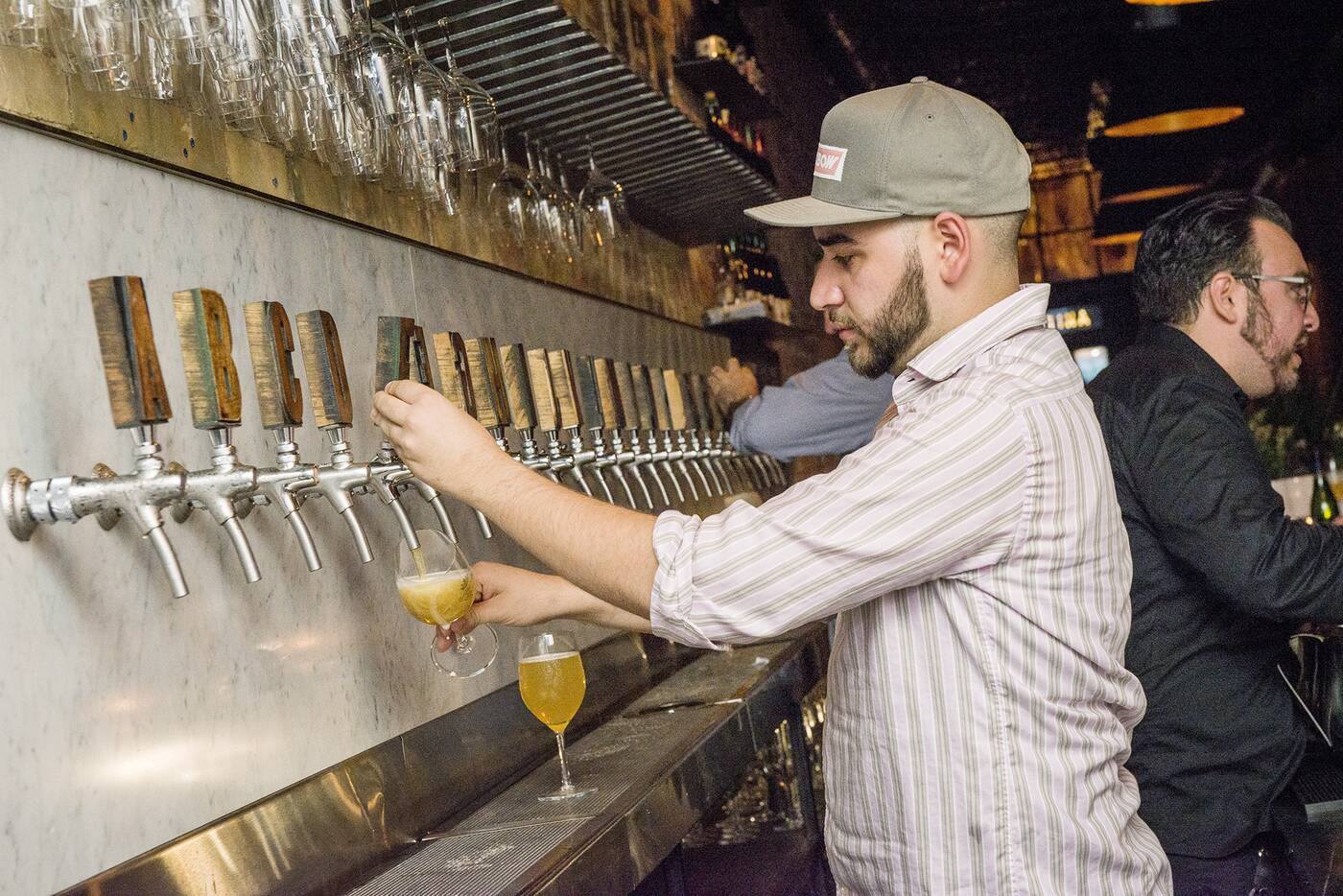 Smack dab in the middle of  Little Italy, they're proving now more than ever that they don't need some fancy space, or even much space at all, to run a great beer bar. 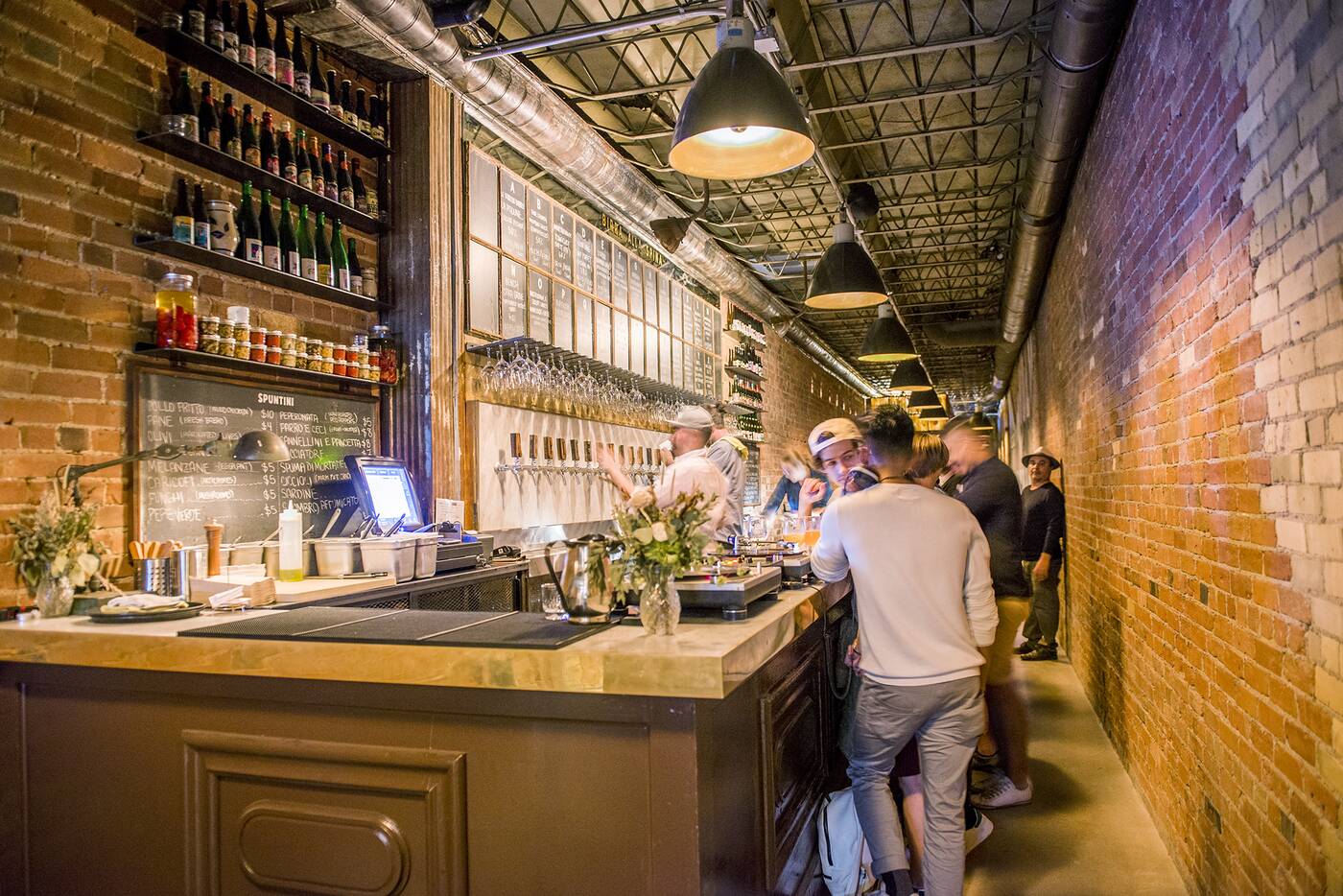 This place is literally an alleyway with a ceiling, only ten feet wide, creating the desired New York-style effect of cramming all the customers together. 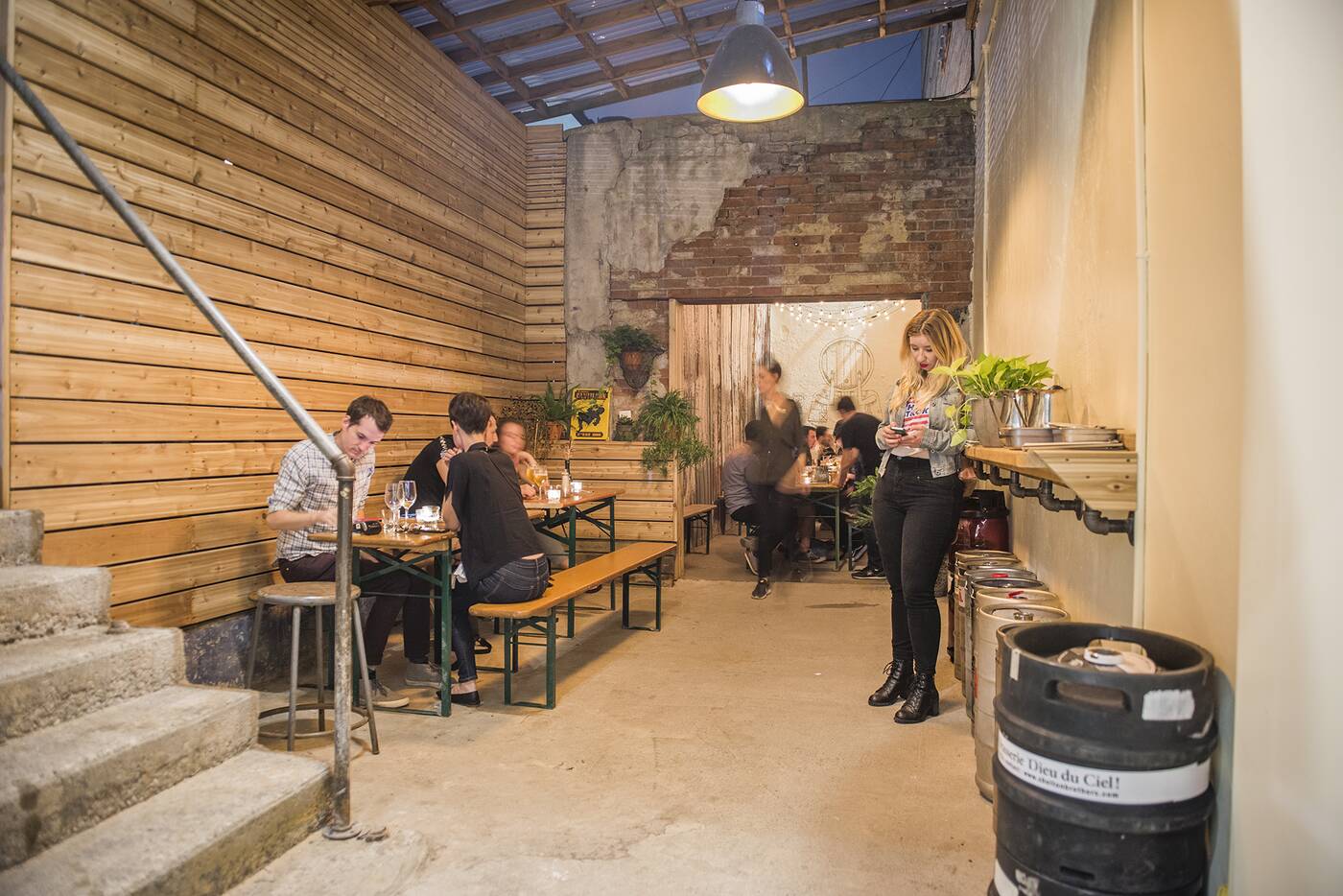 Standing room is always available one deep at the bar, of course, but there are also standing tables at the front made from salvaged barrels, long communal seating at the back, and more communal seating in a fun and equally narrow back patio.

The space is also occupied by the "Cantina" or bottle cellar where they keep the selections for their extensive bottle program. 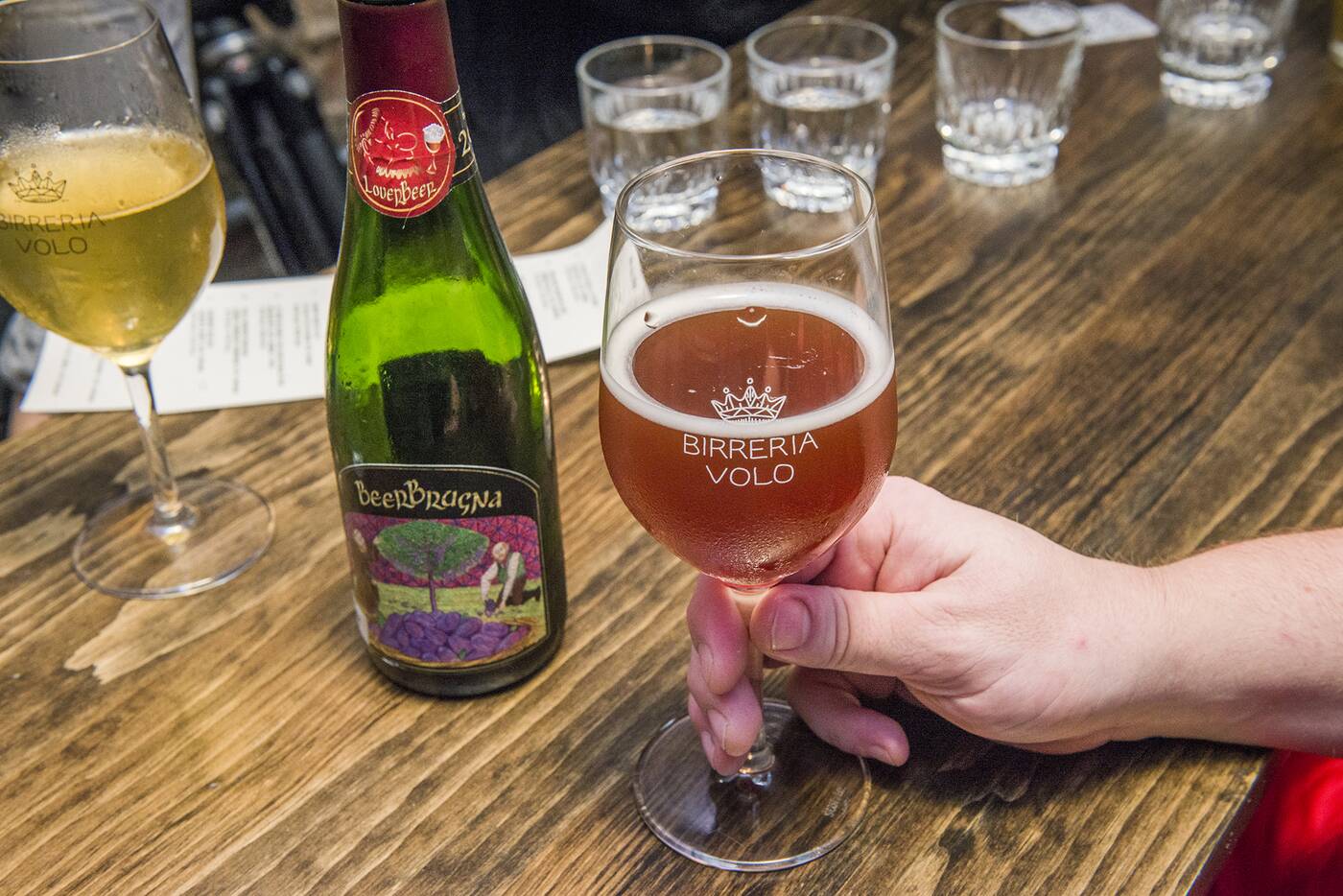 One such bottle is LoverBeer 's Beer Brugna. This quaff is a perfect example of how Birreria does beer differently, focusing on fruit beers that almost more closely resemble wine in the process of their creation and the experience of drinking them.

LoverBeer is an Italian brewery based in a small town just outside Turin, and the Brugna is made with plums, semi-sour and reddish in colour. Even at 7%, though, it's a whopping $29 for 375 mL. 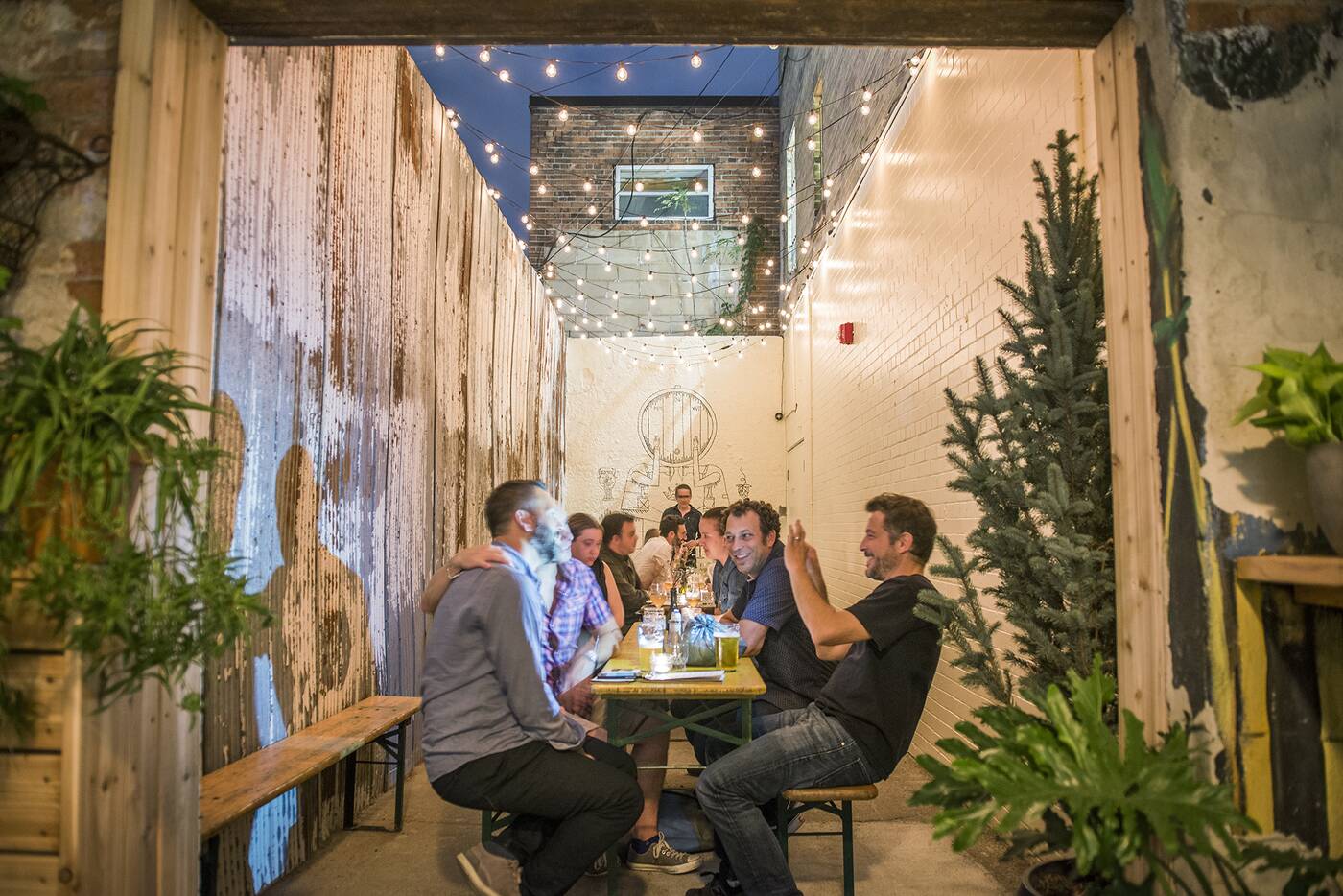 Though fried chicken is available from PG Cluck 's next door if you know how to ask for it, Birreria also has a minimal menu of traditional Italian snacks in the cucina povera ("poor man's kitchen") style.

This style of cooking is meant to represent using what you have by elevating simple but high-quality ingredients. 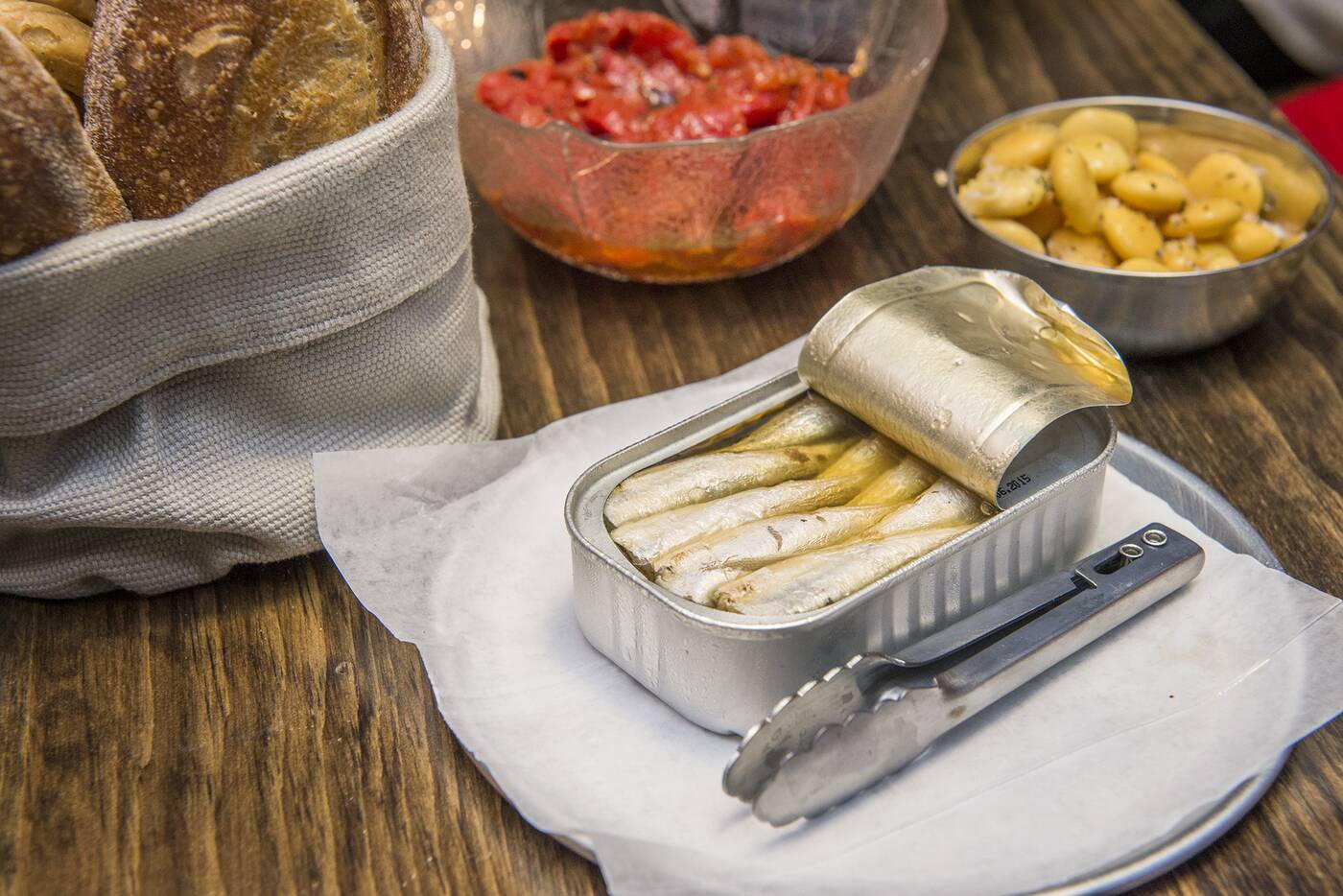 One such snack are the sardines ($14), served, again, super minimally in their own tin. These babies come all the way from Spain, preserved in oil. They're nicely salty, and oily, complementing your beer drinking and encouraging more of it.

Most items are eaten with your hands here, the only real place settings being little metal plates and small hors-d'oeuvre forks. 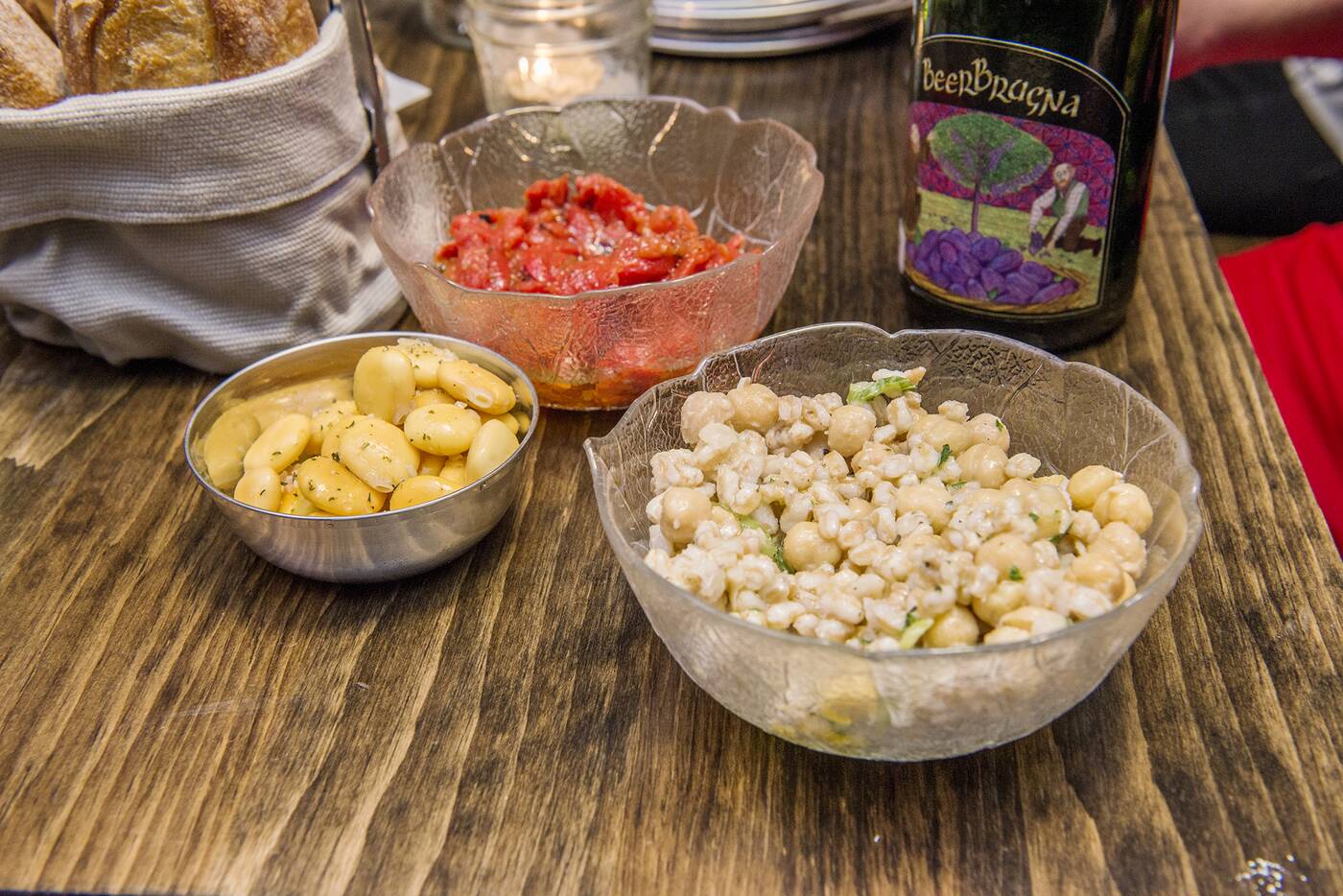 We also try a basic farro and cece (or chickpea) salad ($8) made with celery, olive oil, and salt. Though the cucina povera concept is clear here, the simplicity of snacks does make it evident that the beer is the real star.

We also get some classic lupini beans ($4), and a Sicilian roasted vegetable peppernata dish ($8). 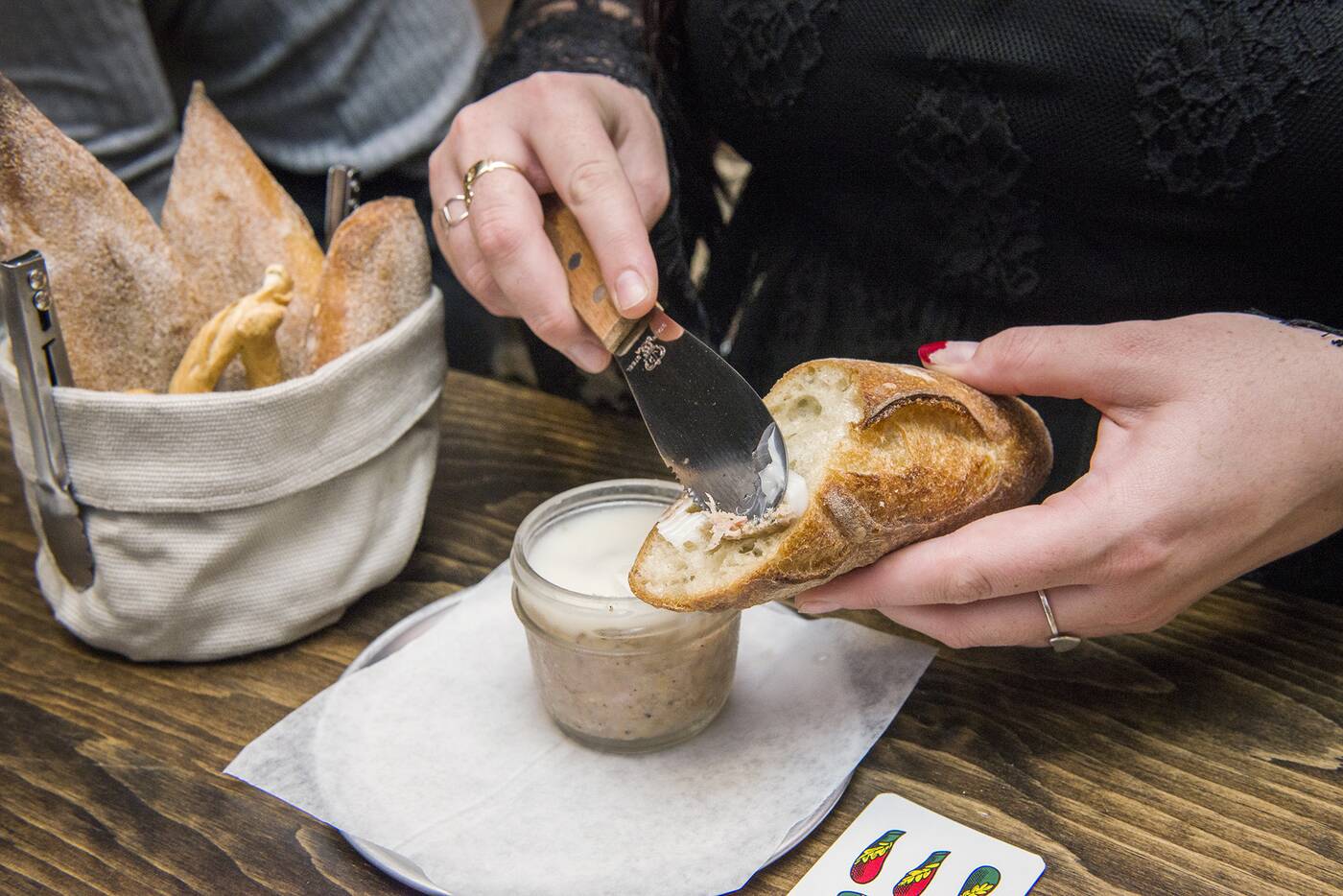 The more luxurious snack is probably the ciccoli ($14), a pork fat cultured butter made with Tuscany cracklings and served with bread from Blackbird . 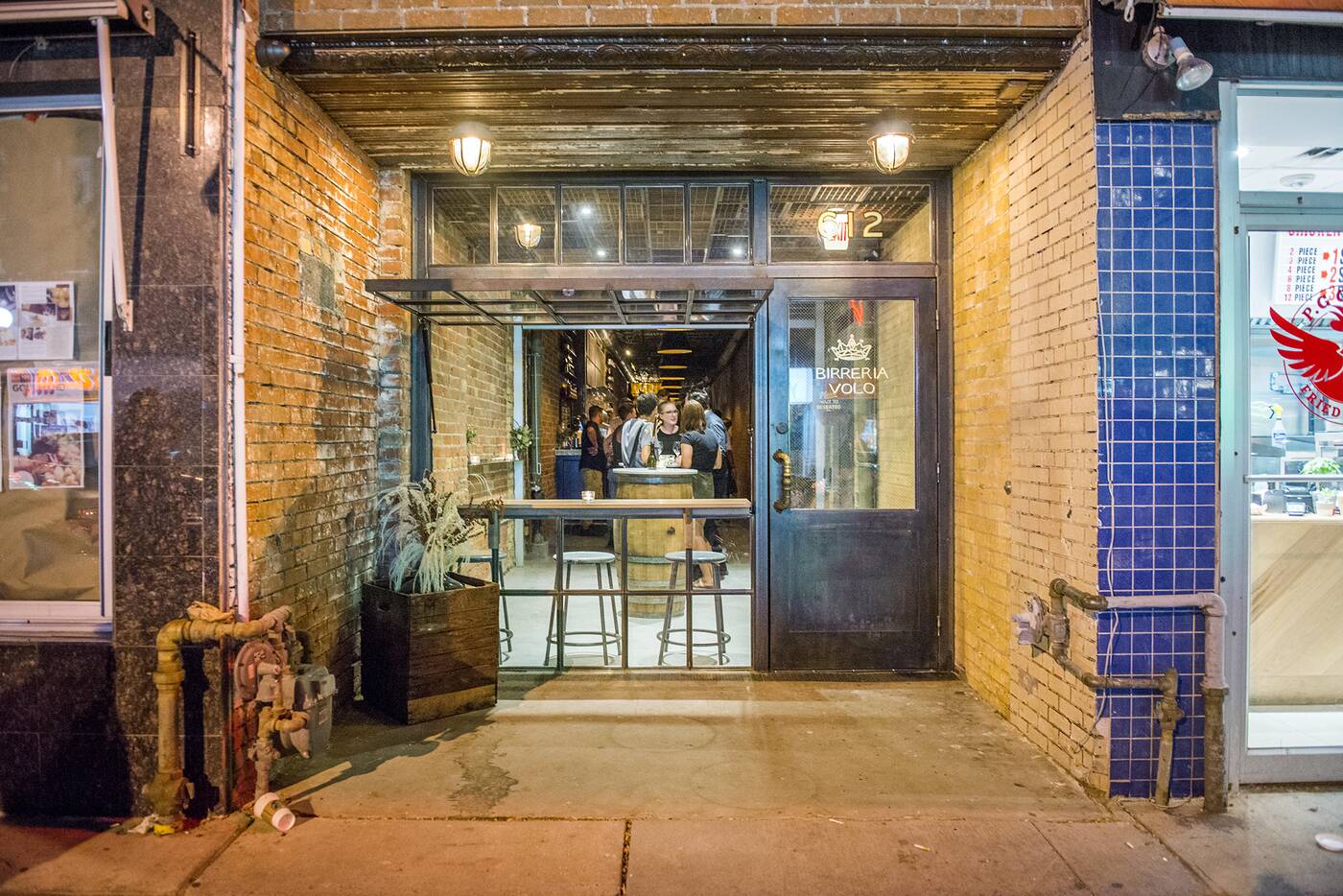