Vietnoms is a family-run Vietnamese takeout joint serving staples like pho and banh mi, but also much more, like bun bo hue.

Prices are low, hovering around the $10 point typical of a place like this, with frequent specials. 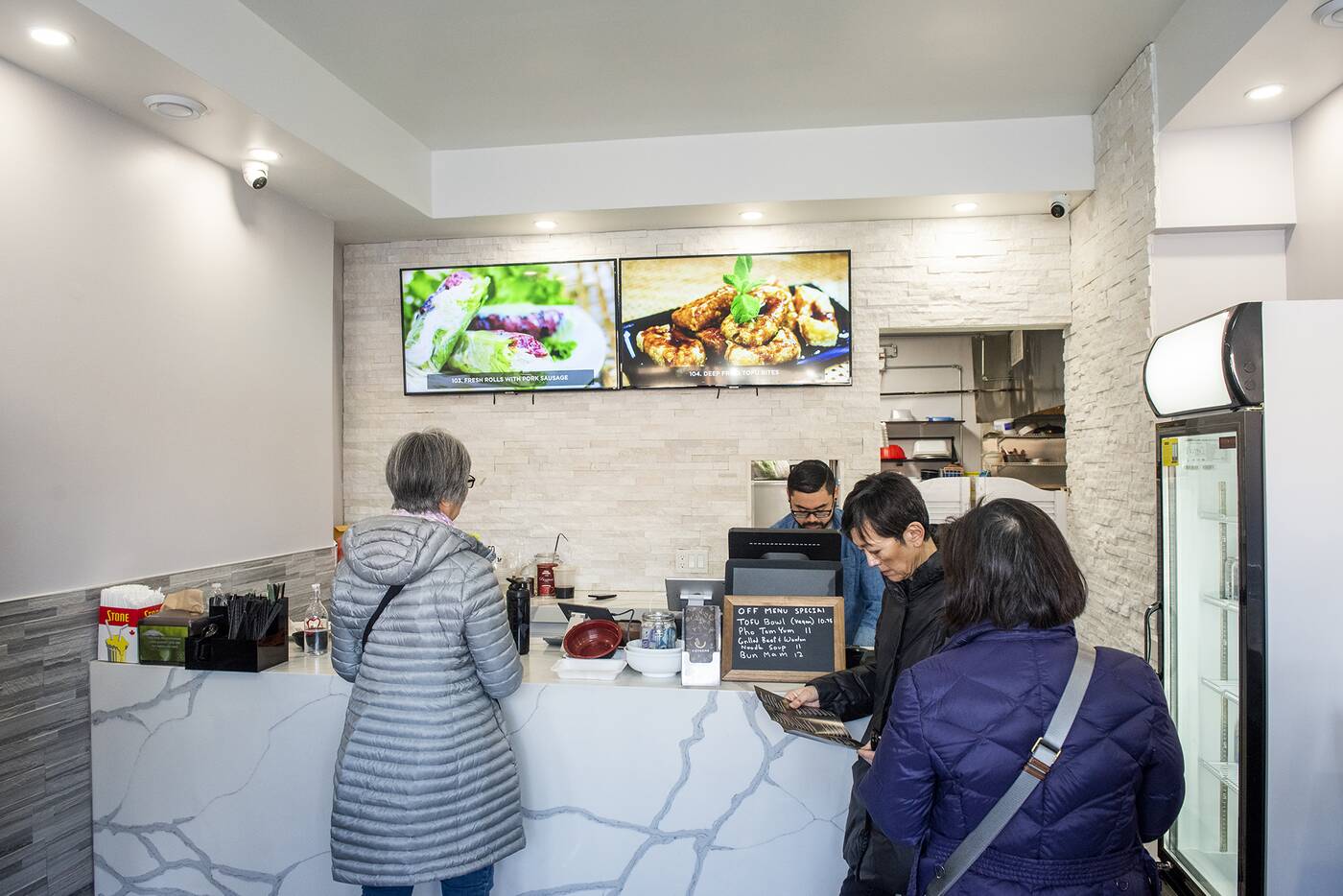 Both north and south Vietnamese cuisine are on the menu, but northern dishes are a specialty. 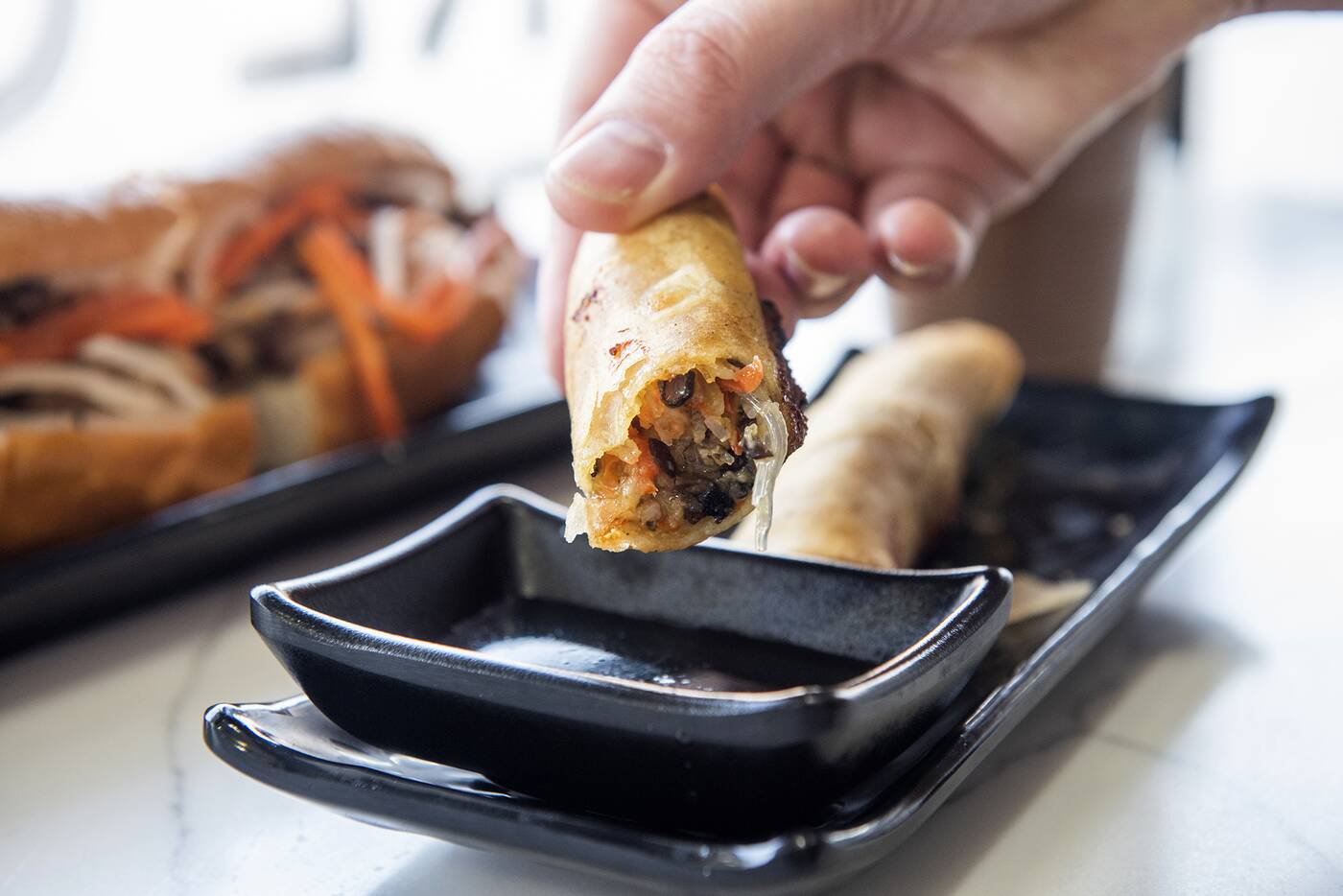 Spring rolls ($5) are deep-fried and stuffed with chicken and shrimp, rather than the traditional pork and shrimp and eschewing delicate rice paper for a shell that would hold up better for takeout and delivery and stay crispy. A typical thin, peppery sauce accompanies. 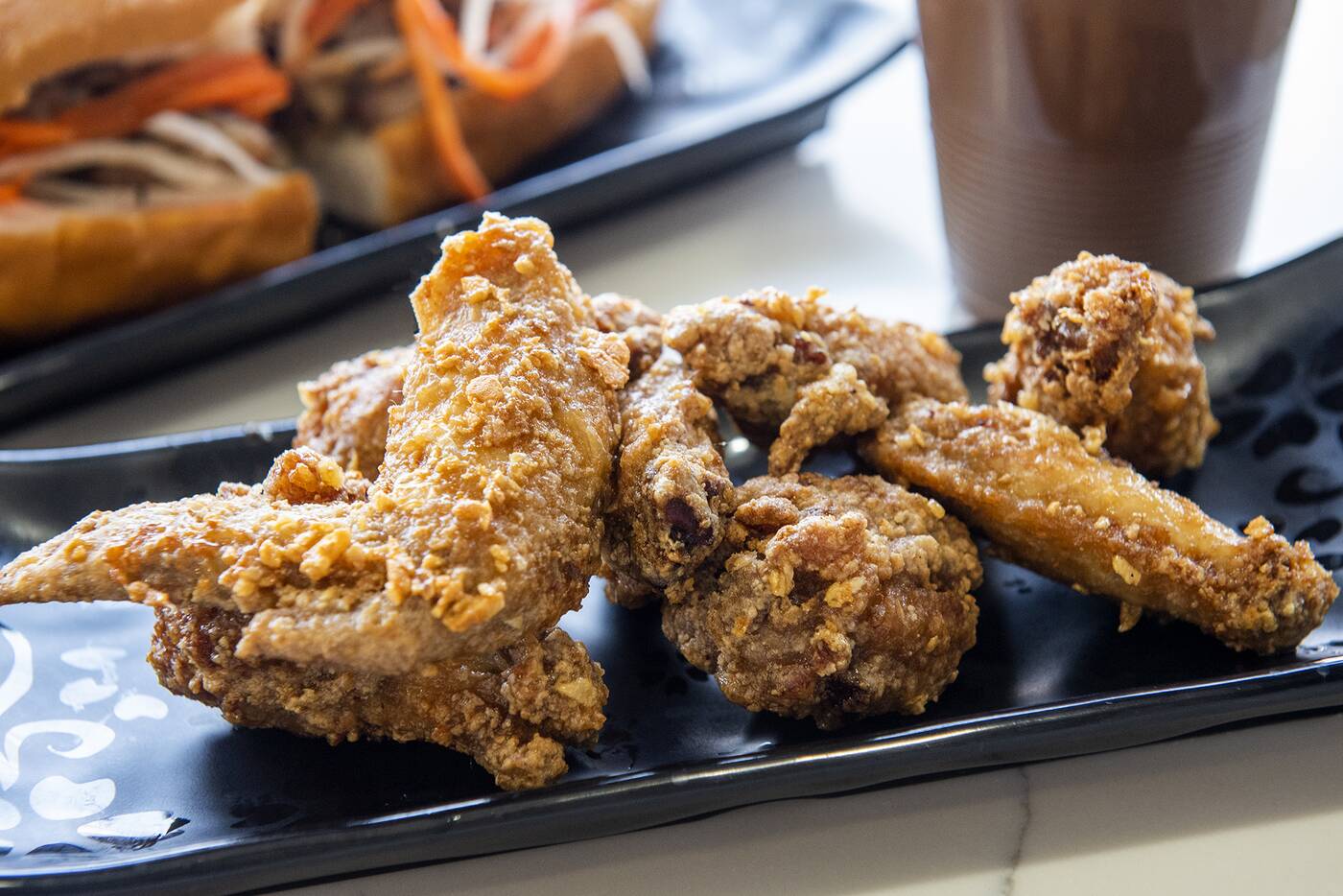 Wings ($9.50) come in an order of eight, double fried, tossed in butter and available in tamarind, spicy or fish sauce varieties. The fish sauce is sticky, sweet and savoury with a creeping funk that balances out the nostalgic deep-fried flavour, the skin is crunchy and the meat is moist. This place gets points for leaving wing tips on. 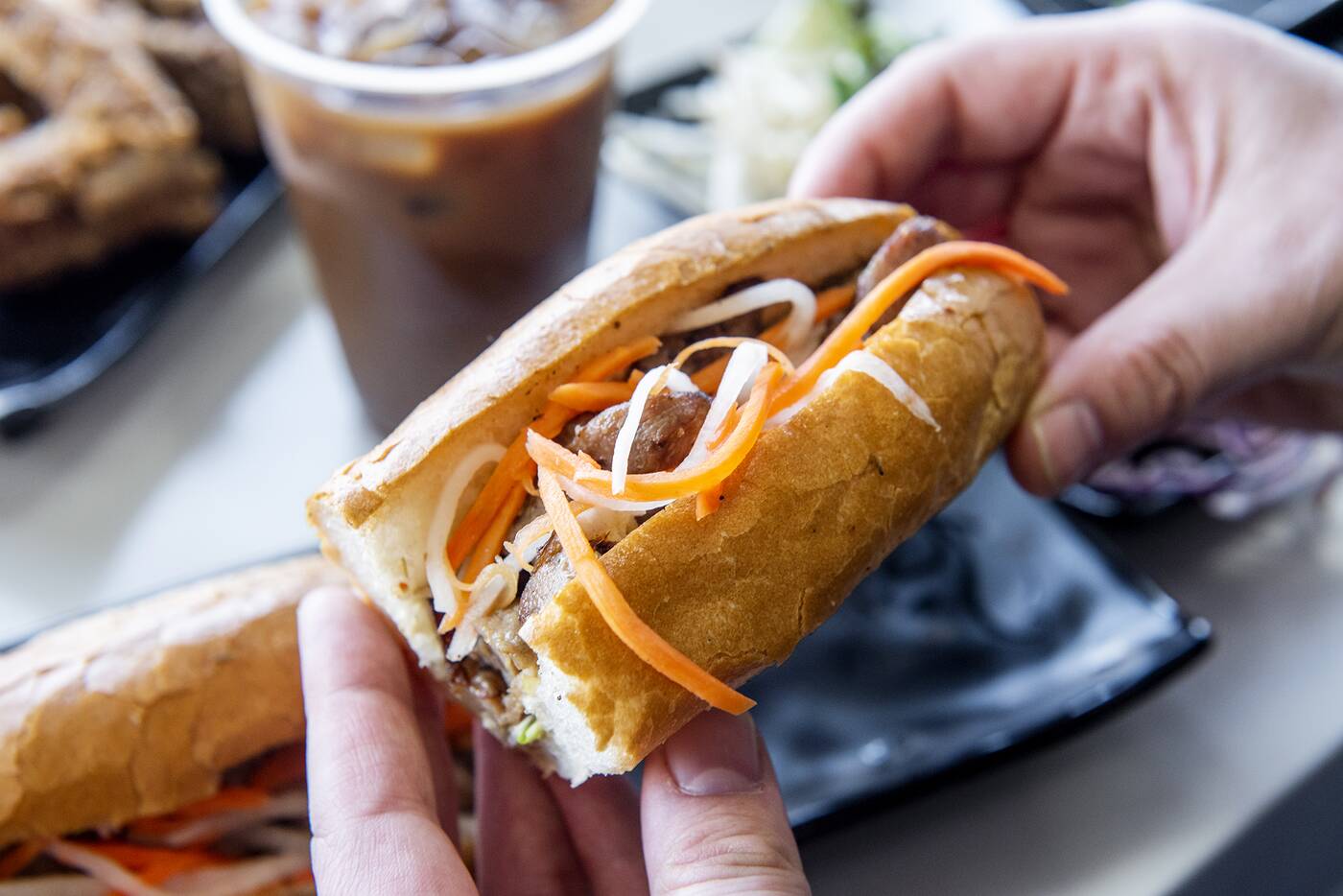 Banh mi are $5.99 across the board, with an option of pork sausage, tamarind or lemongrass fried tofu, or grilled pork, chicken or beef for protein.

Pork is a classic choice, a hearty amount of meat but not too much with fresh, acidic crunchy veggies on a French-style baguette that's custom outsourced. The family actually brought in examples of what they wanted the bread to be like. The result is crispy, airy and crusty. 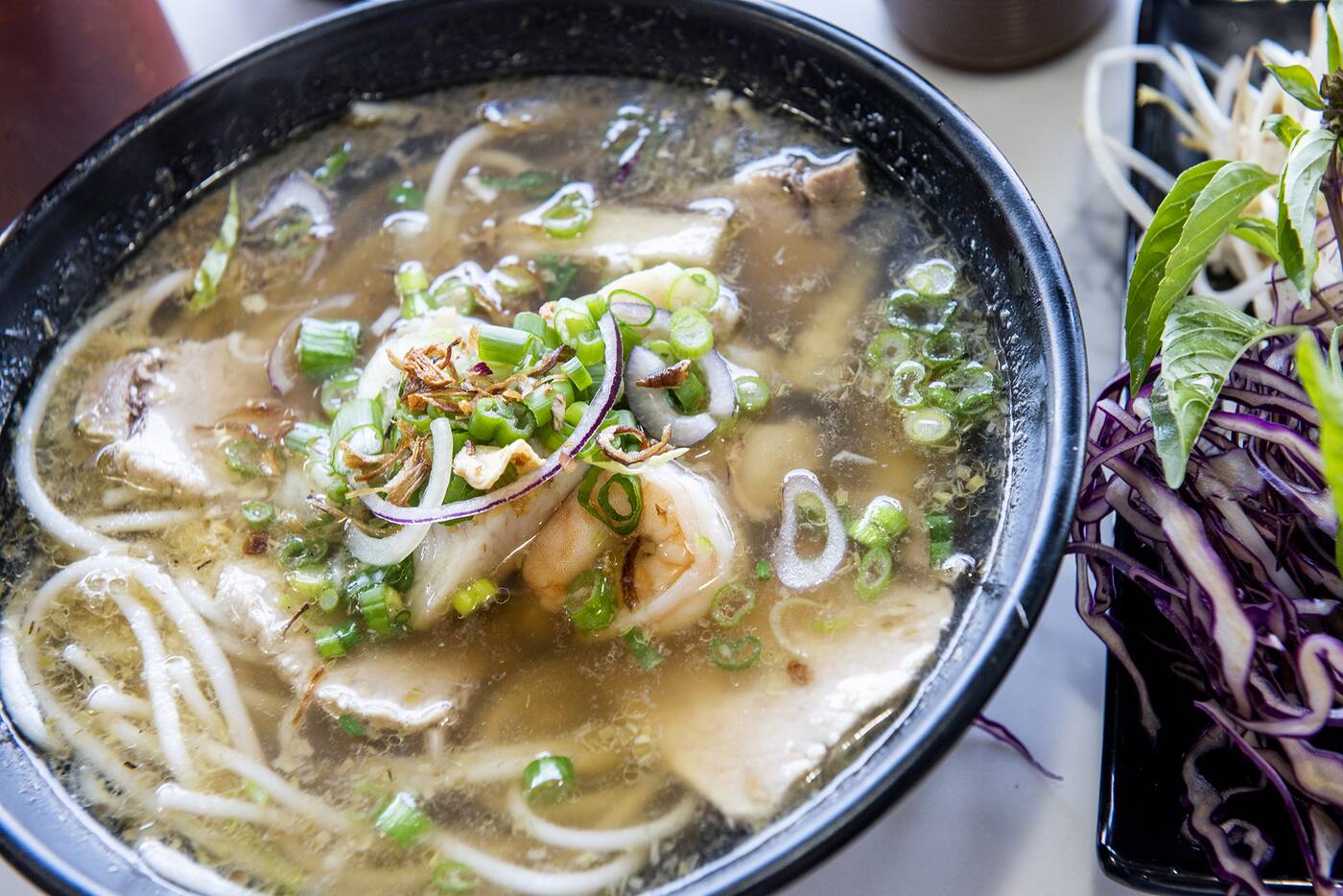 Bun mam ($12) is on special today: a fermented fish paste noodle soup with eggplant, pork, shrimp, and fish, the predominant flavour actually not too fishy but way more lemongrass-forward. The noodles are pleasantly round, chewy, and even more slurpable than flat varieties. 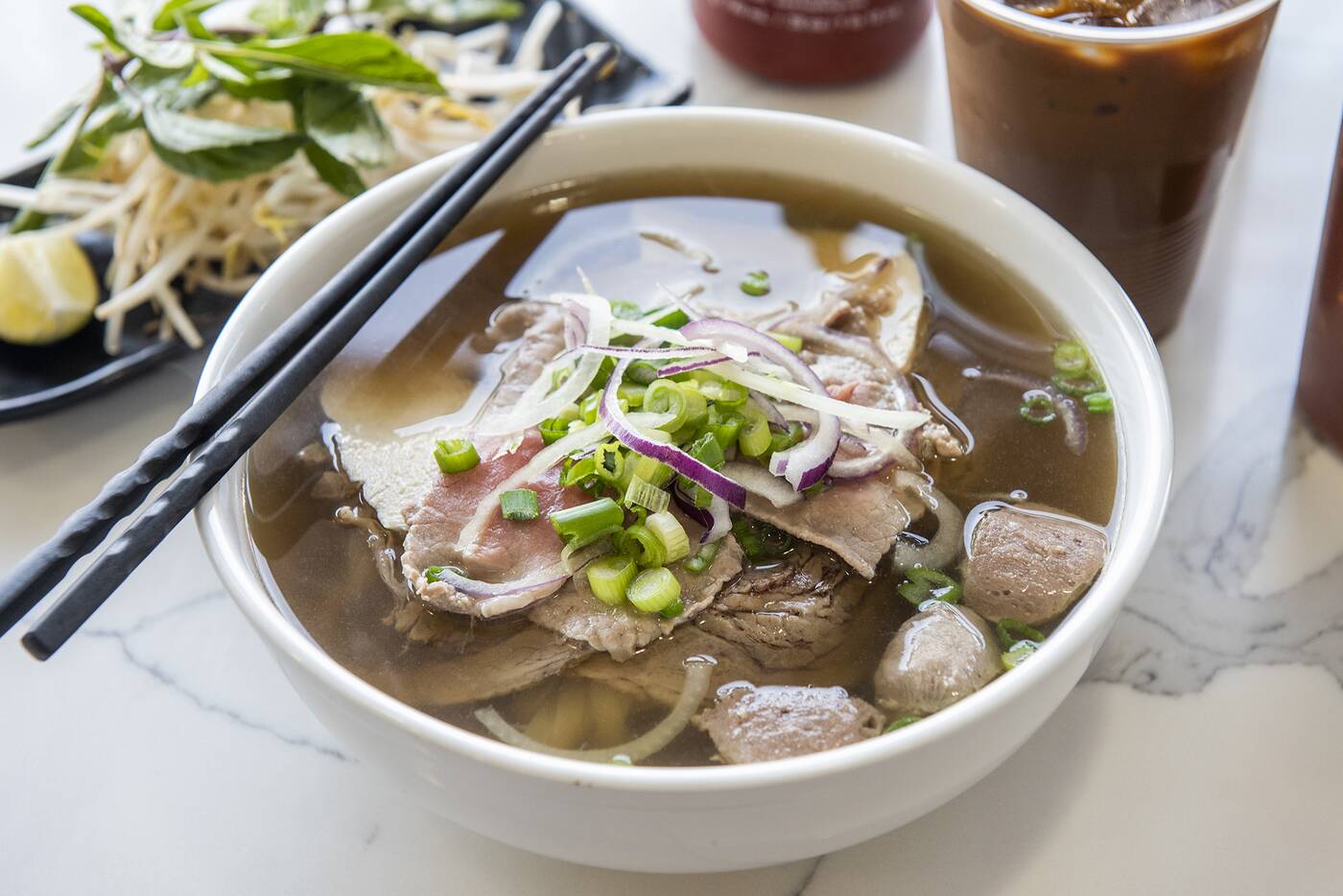 Pho goes for $9.75 for a smaller portion and just $10.75 for a large portion—a special combines chicken breast, rare beef, beef flank and beef ball. Apparently customers have expressed a desire for healthier-seeming chicken over the usual beef extravaganza pho entails. Beef balls are snappy, and snow white chicken breast is light and tender. 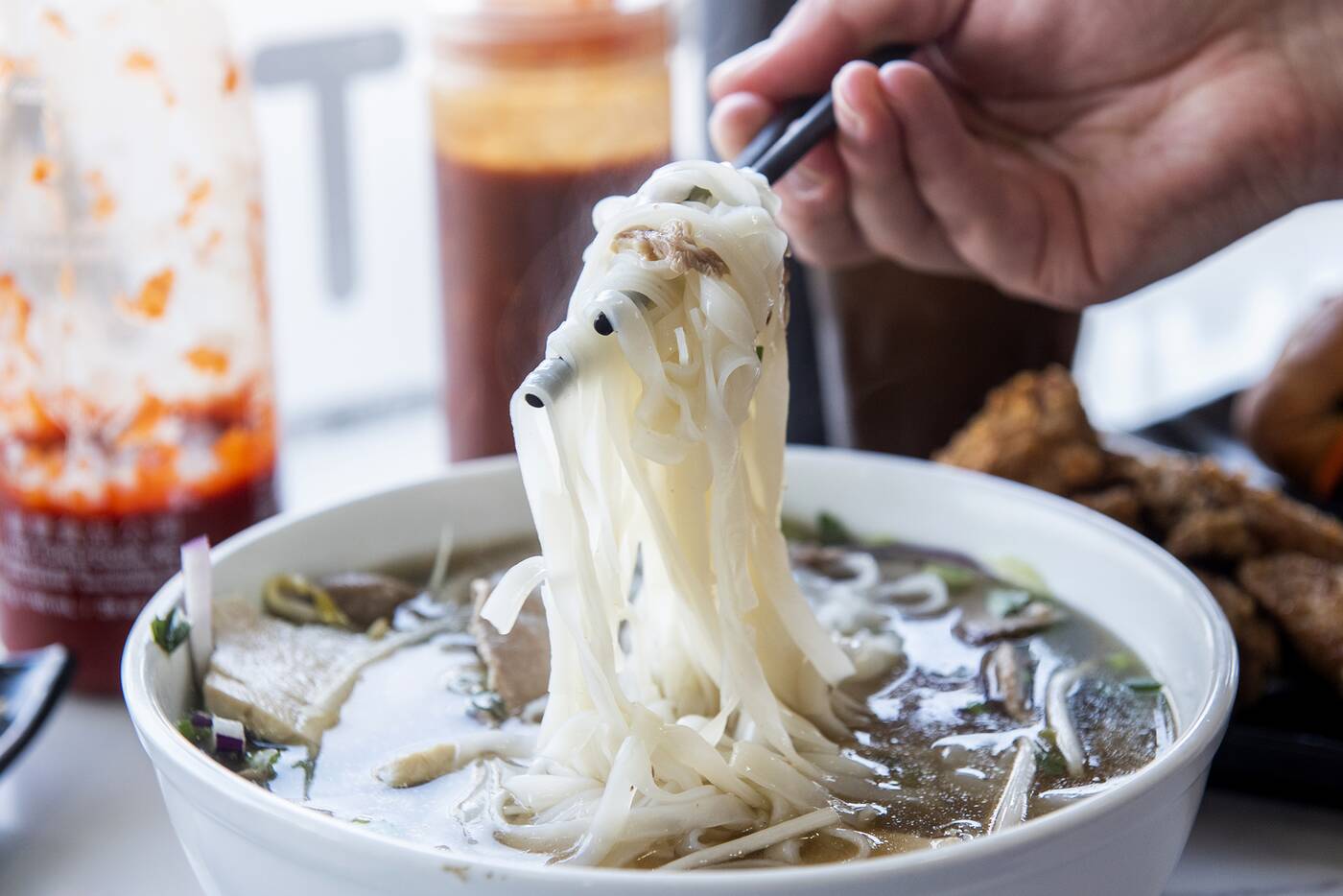 All pho rice noodle soup is based on an eight-hour beef broth made using beef knuckle, beef bone, and bone marrow that's been rendered down and strained.

Apparently equally as important to the broth as the ingredients in it is the timing of when they're added and for how long, cinnamon and star anise apparently sealed in for just the right amount of time to produce that iconic warm, earthy flavour of a pho broth. 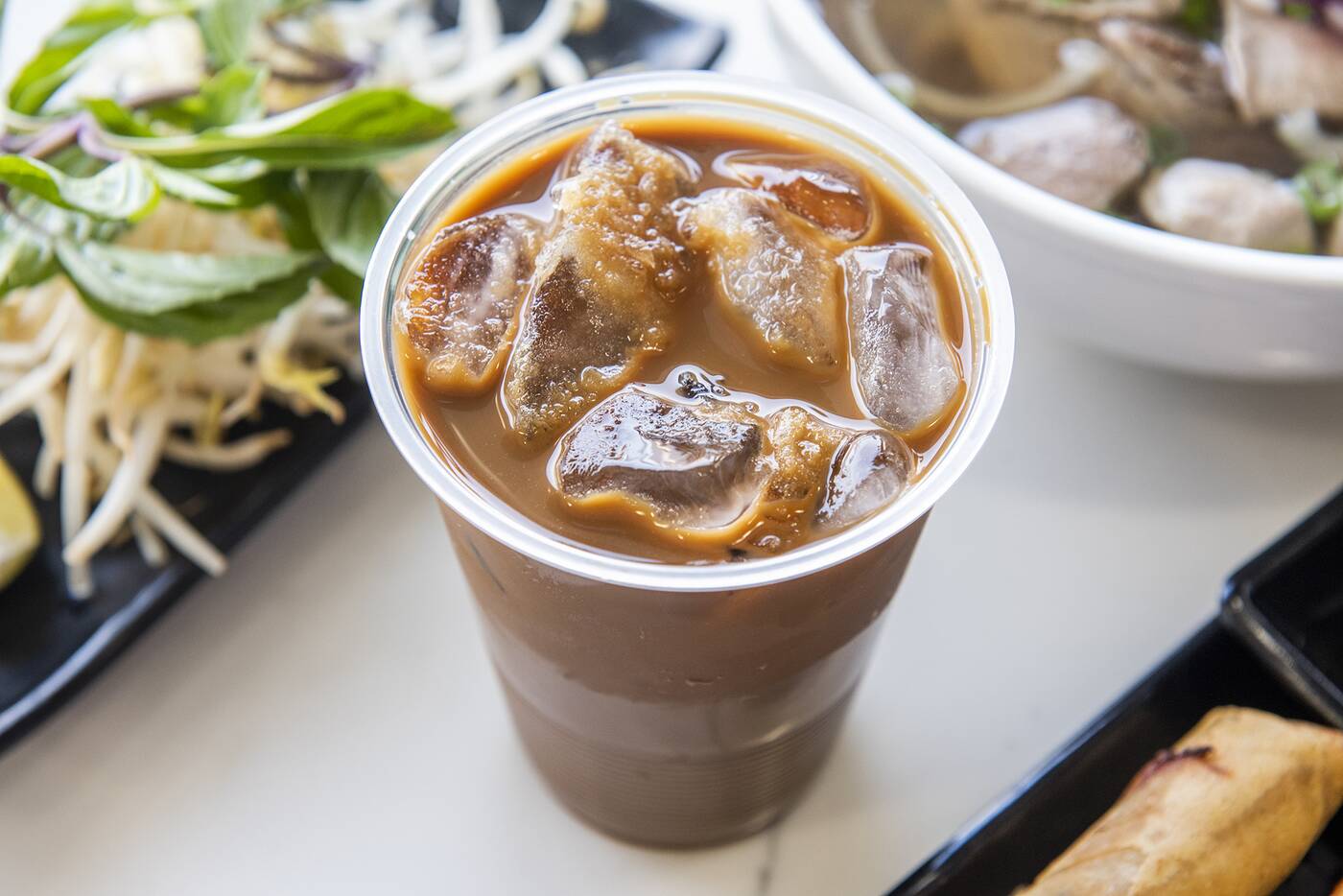 Iced coffee with condensed milk ($4.50) is well balanced, not too cloyingly sweet and not too bitter. 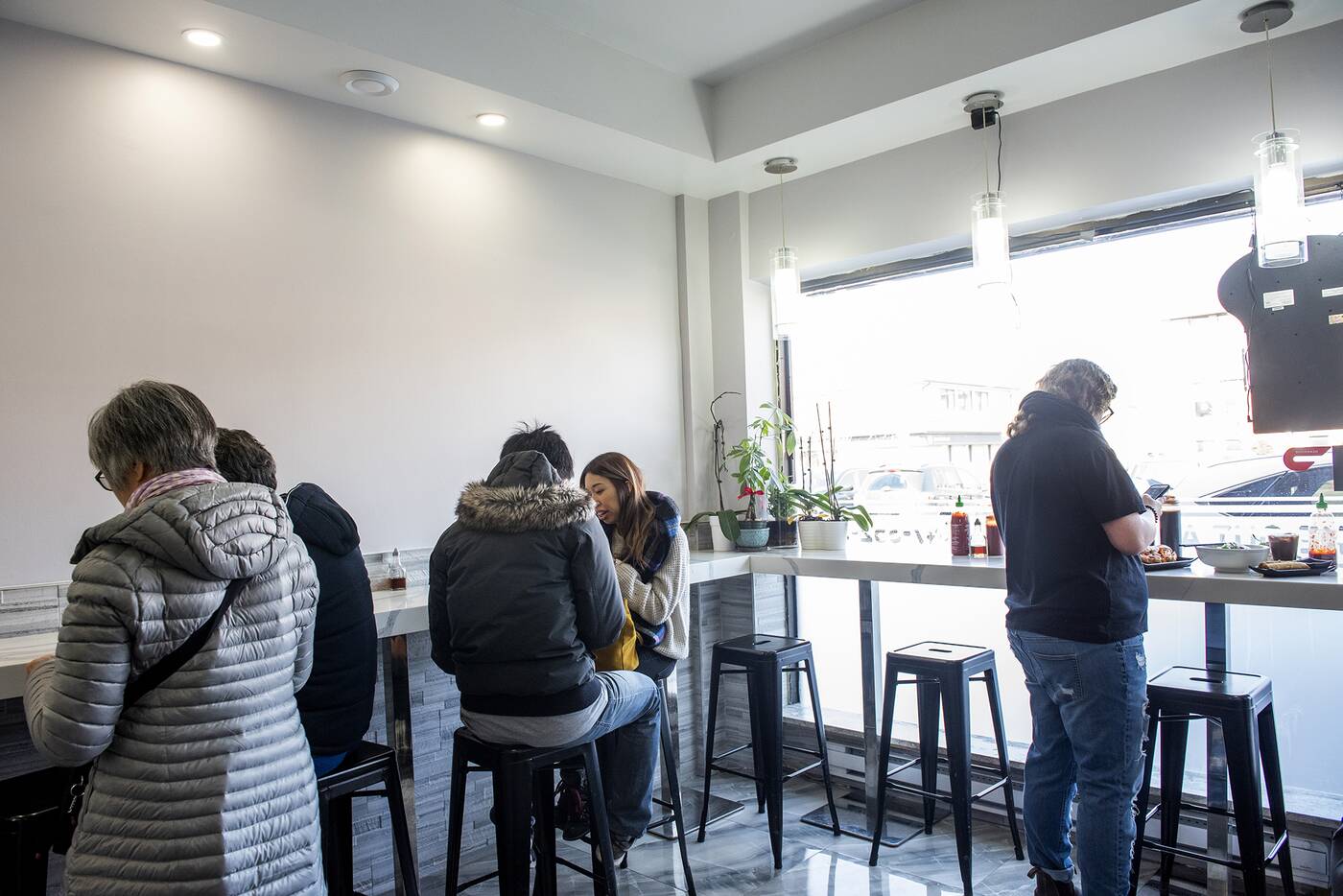 The former Chinese restaurant has a scant seven metal stools, but the feel is surprisingly open and light floods in through a large storefront window. 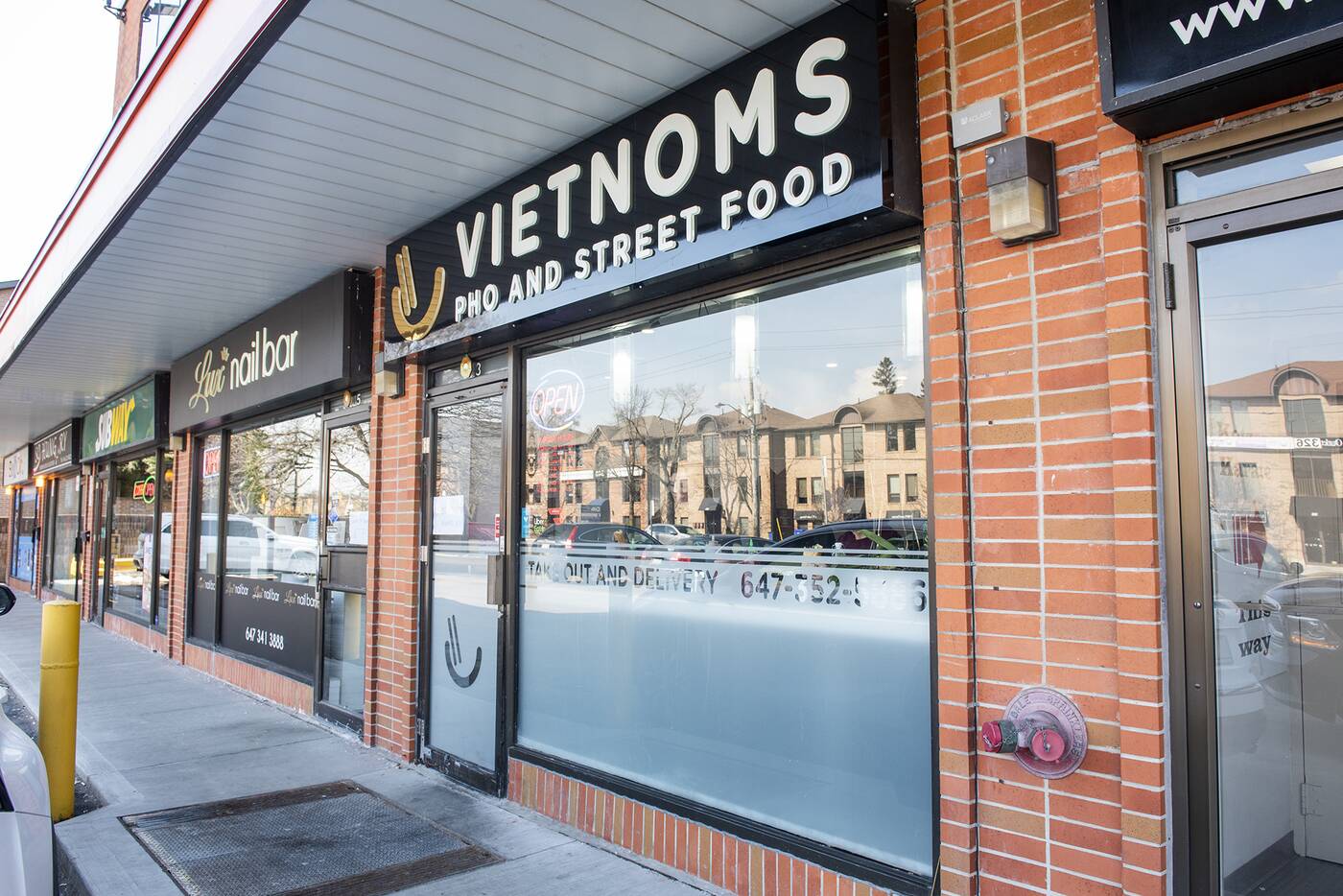