Urban Eatery is the swanky new food court (just don't call it that) opening September 1 as part of the Eaton Centre's $120 million revitalization. Needless to say, with a price tag that high, one would certainly expect a little shine. And that's exactly what I saw as I toured the almost-finished space as part of a media preview; a spaced swathed with glass, stainless steel, marble and natural wood. 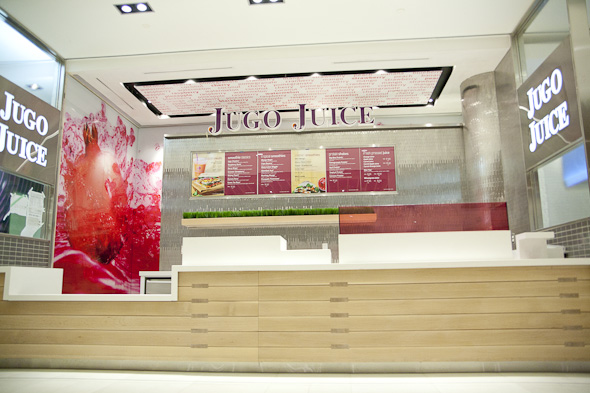 The upgraded and much-enhanced look wasn't entirely shocking--after all, it's tough not to improve on red fluorescents and grid flooring. But the real surprise was that Urban Eatery is not simply a glorified mecca of KFC, McDonald's, A&W and other fast-food chain restaurants. They're there of course, if only to satiate your Grampa Burger cravings, but so too are some local Toronto favourites, in express form for the first time. 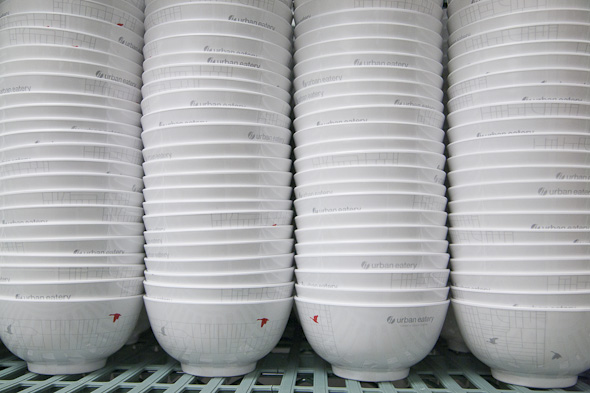 The centre island hosts vegan Urban Herbivore , a Kensington Market staple, along with Big Smoke Burger (formerly Craft), offering its gourmet burgers in a *food court* instead of King Street. Also occupying the island is Liberty Noodle , an extension of one of my personal favourite Japanese restaurants in Liberty Village, and Crepe Delicious/Froshberg Gelato, which will be offering fresh, daily-made gelato (squeee!) and sweet and savoury crepes. 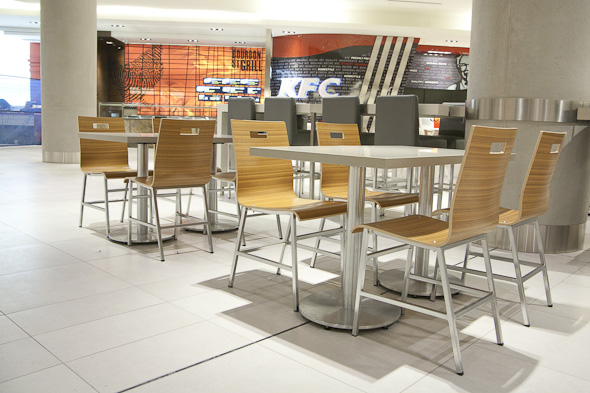 Among the other pleasantly surprising restaurants at Urban Eatery is Rare, Amaya , Fast Fresh , and Aroma Espresso , which juxtaposes with the unavoidable Subway chain, Jimmy the Greek, and New York fries. There are 24 restaurants in total, and space for 900 people to sit and dig in. 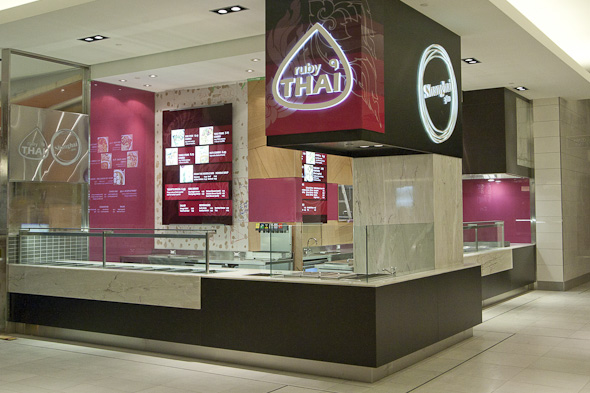 And speaking of seating, the uniform green and beige chairs are long gone, replaced with various options including Danish-designed red molded plastic chairs, wire chairs, and high-backed, which are pulled up to bars, long wooden tables, and white circular tables with brushed metal bases. Disposable packaging, for the most part, has all but been replaced, with plastic plates, cups, mugs, and bowls, as well as real cutlery that will take up the slack. 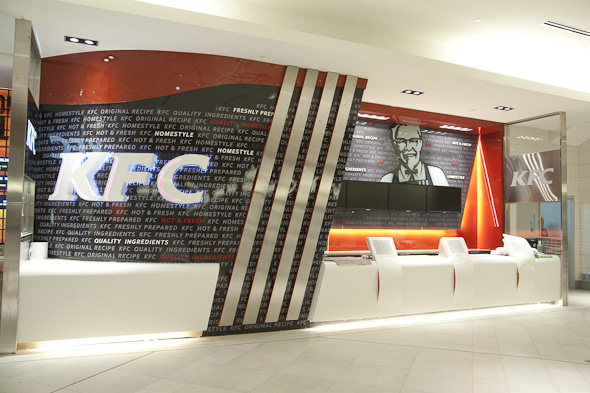 The shift to reusable dishes means there are no garbage receptacles in Urban Eatery. Yeah, I didn't get it at first too. Instead, there are five manned food-tray collection stations where customers bring their trays for staff to staff separate materials. They are then wheeled to the scullery, where an enormous energy-efficient dishwasher washes dishes and food waste is put through a solid waste compactor, which is said to reduce output from 50 bags of garbage to one or two bags of pulp. There are also two hand-washing stations for the public right on the floor, as well as totally new bathrooms and a nursing room with intercom security. 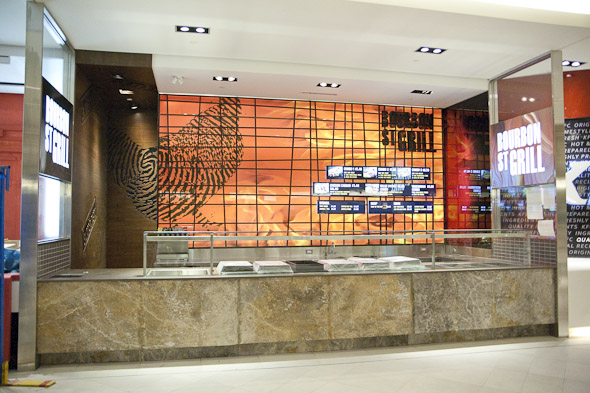 For all of the fancy new dĂŠcor and restaurant-style seating, my favourite physical feature of Urban Eatery was most certainly the most inconspicuous. That is, the little purse hooks under many of the raised tables. There you have it folks--millions of dollars in a renovation overhaul, and I can't get over the little metal thing that keeps my purse off the floor. It's the details, I guess.

Urban Eatery really does seem like a healthy (pun intended) diversion from the typical mall food court, and it's great to see local Toronto options getting some wider exposure. Of course, we'll have to see how Urban Herbivore's sesame tempeh holds up the virulent Double Down.

Urban Eatery by the numbers: