The Gem is aptly-named: a little-known hangout that nevertheless has been serving its neighbourhood affordable beer and pub grub for over 35 years.

It's also something of a nod to its rockabilly/honky-tonk theme, feeling a bit like the name of an old roadhouse. Much of this retro vibe is evoked by the decor, made up of vintage instruments, a mannequin, and even a now-out-of-order jukebox. 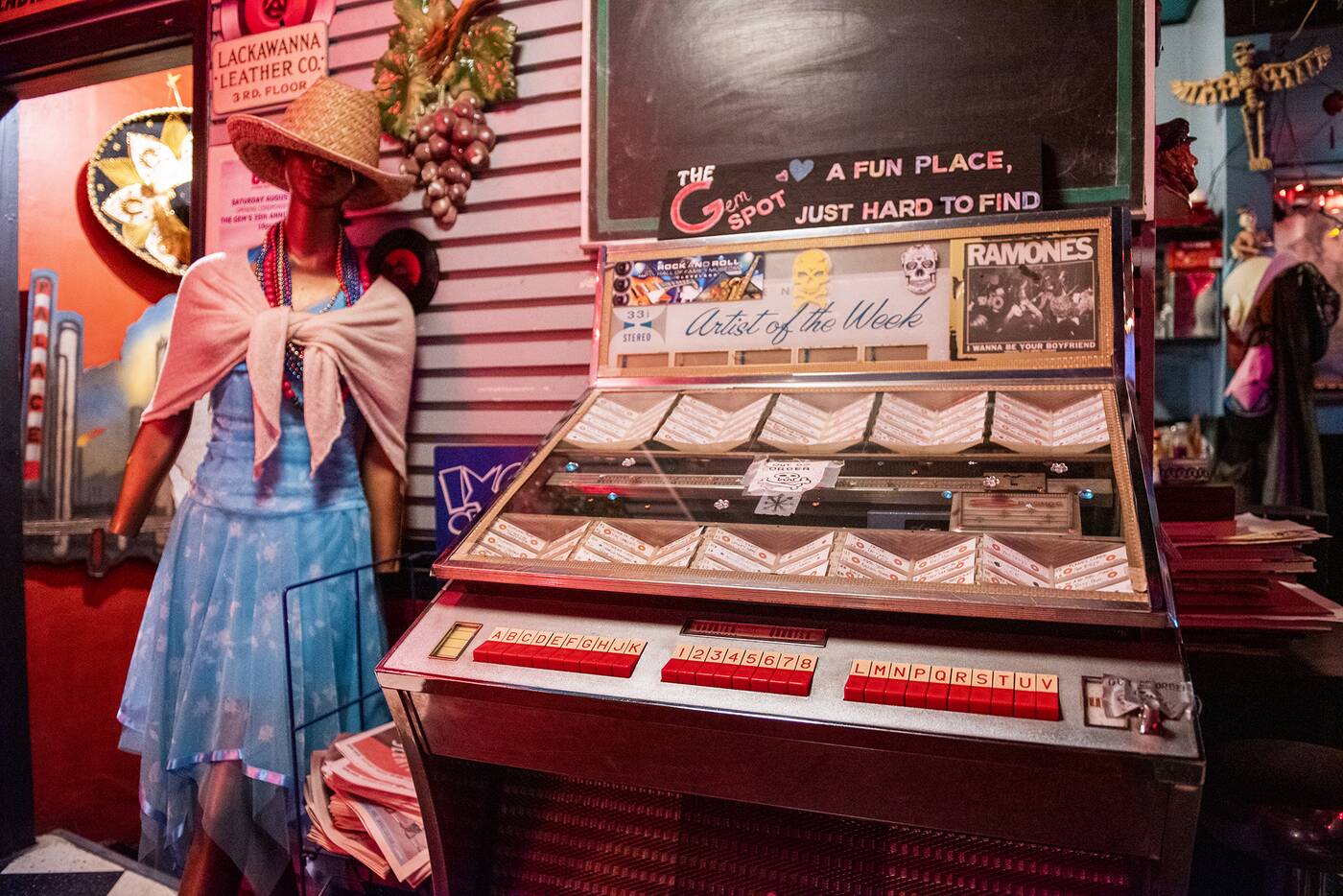 Eight stools at the bar are typically taken up by a cluster of regulars, talking quietly about music or this and that. 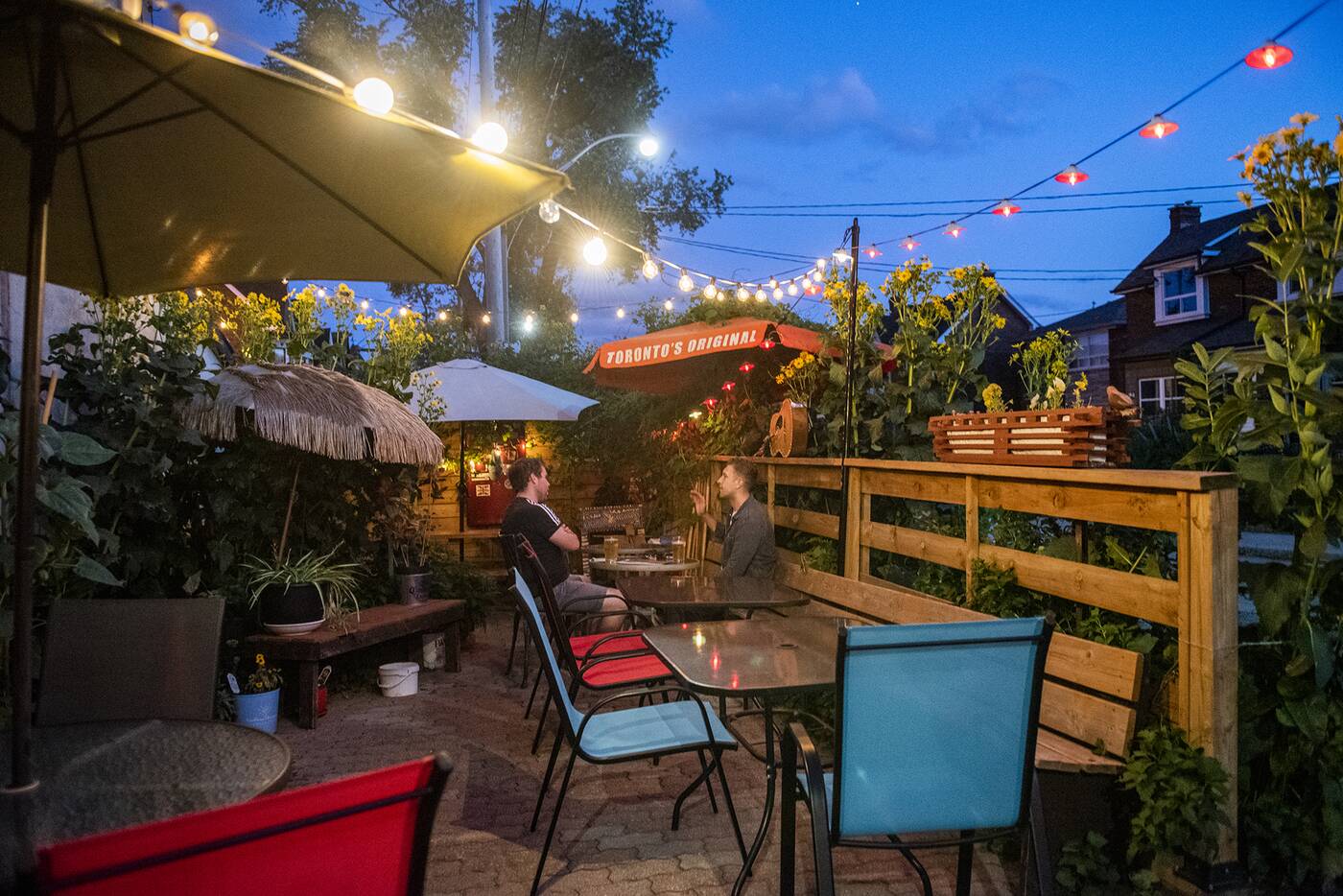 Other patrons typically head out to an equally-eccentric patio that seats around 40 when it's warm out, or find their favourite nook in the dim and quirky 52-seat space. 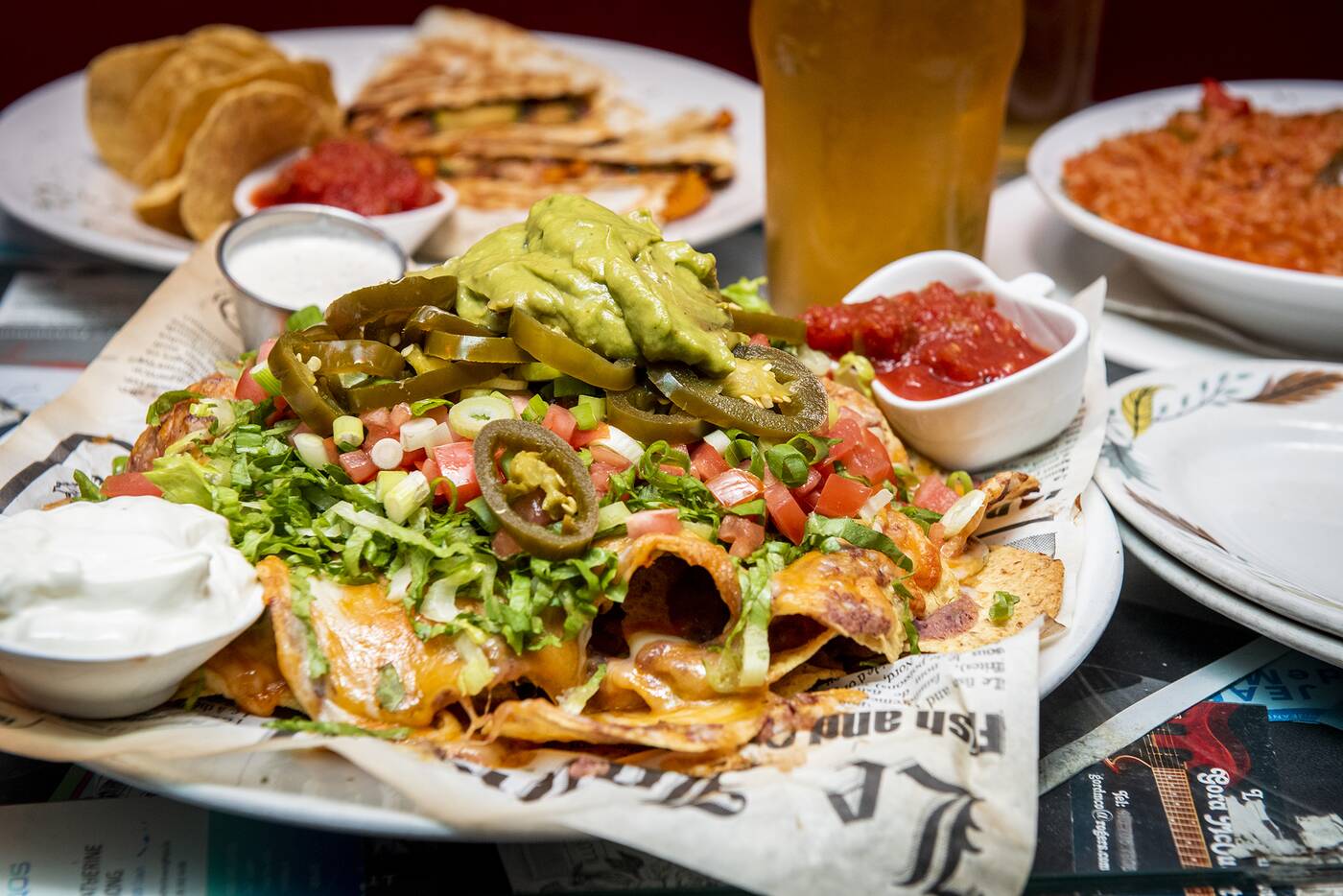 Nachos are a steal at $8 for a massive "small" portion, and they're not kidding when they say a $14 "large could feed a family of four or an army." 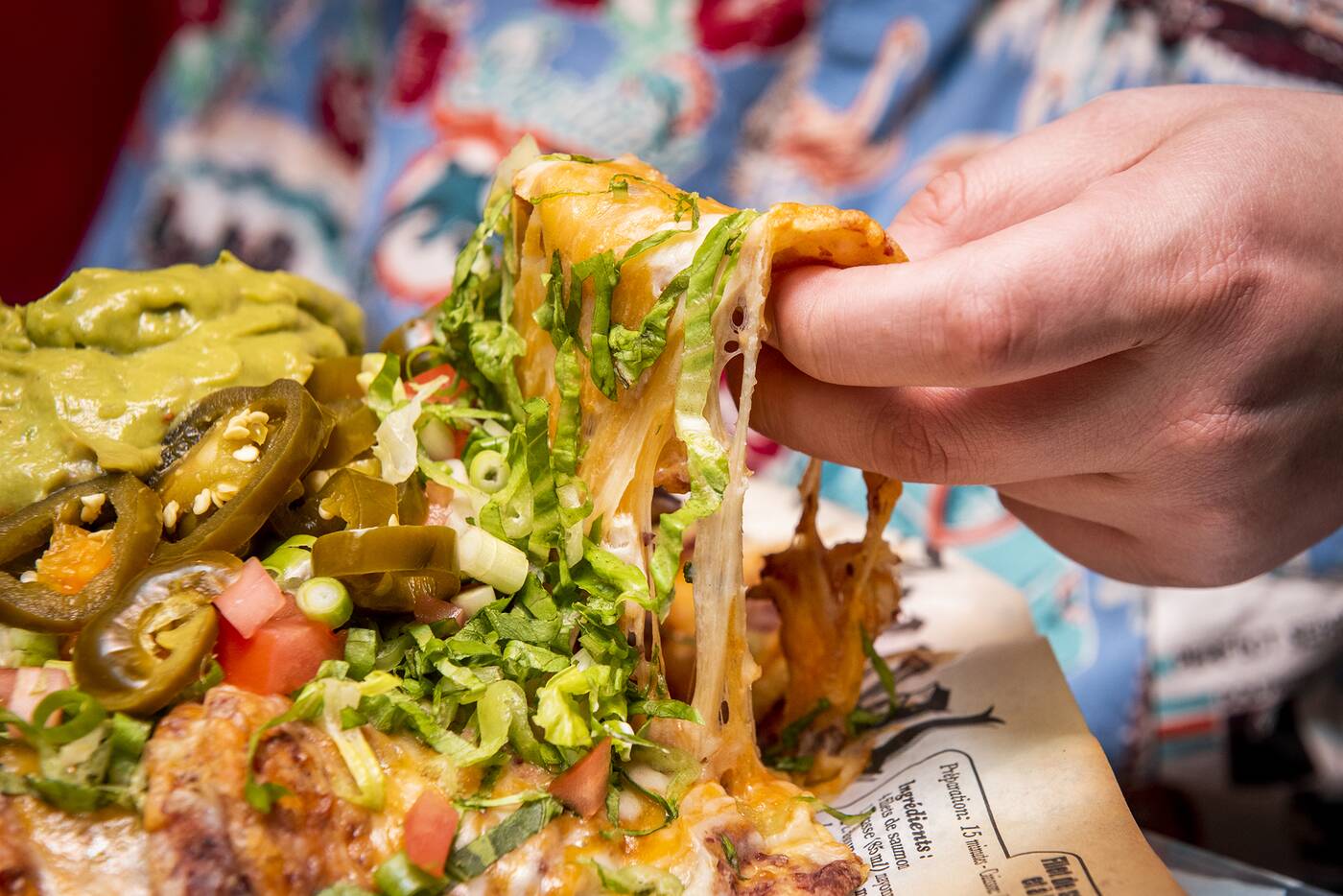 They're also better than some of the more popular nachos in the city in my opinion, the chips on the bottom remaining crispy while layers of cheese on top are still decently melty and stretchy. Guac on top is super fresh and comfortingly creamy, and jalapenos and a special house dill dip take this pub classic to the next level. 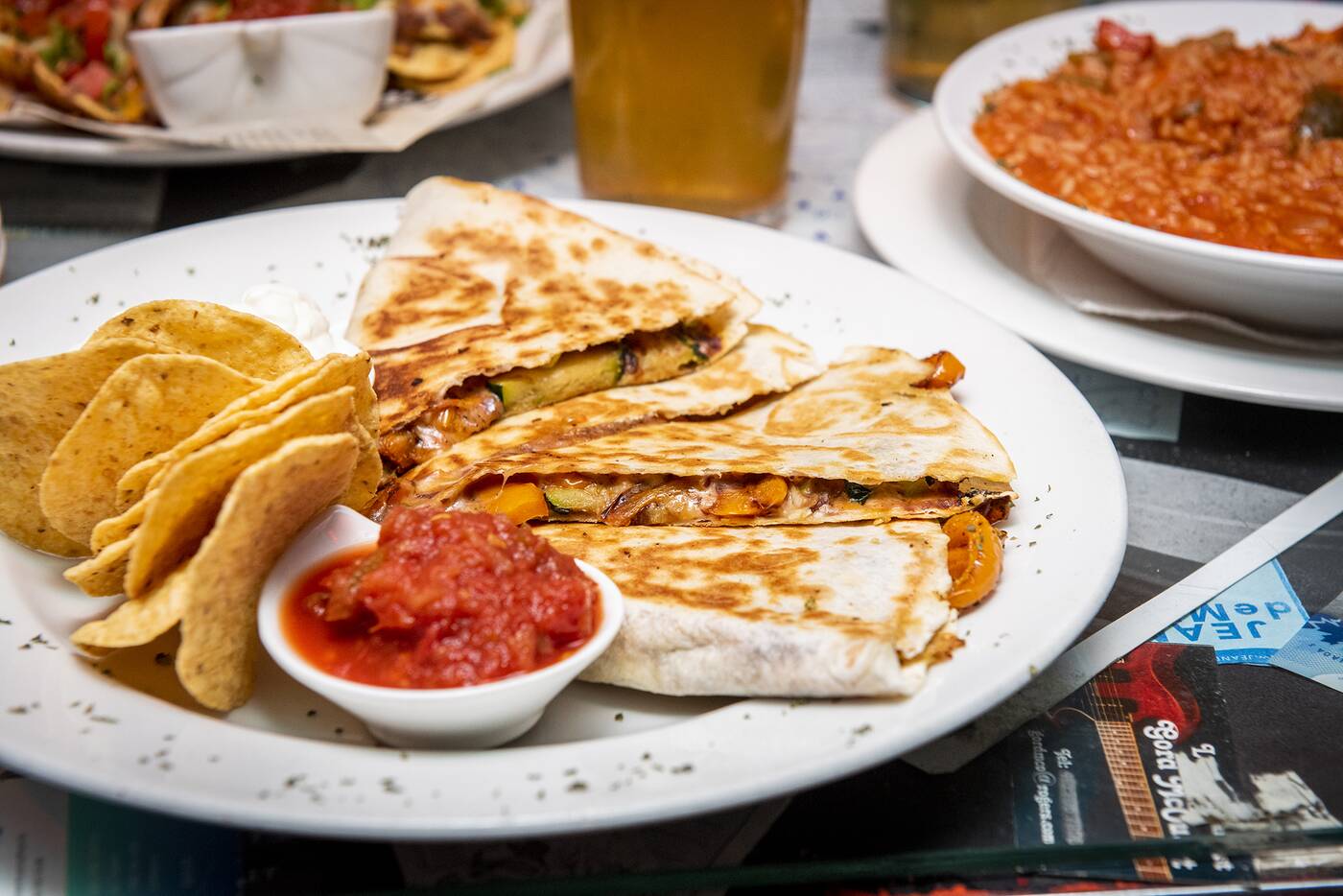 Chicken ($12) and veggie ($10) quesadillas are toasty and hearty, served with chips and salsa as well as cooling sour cream. 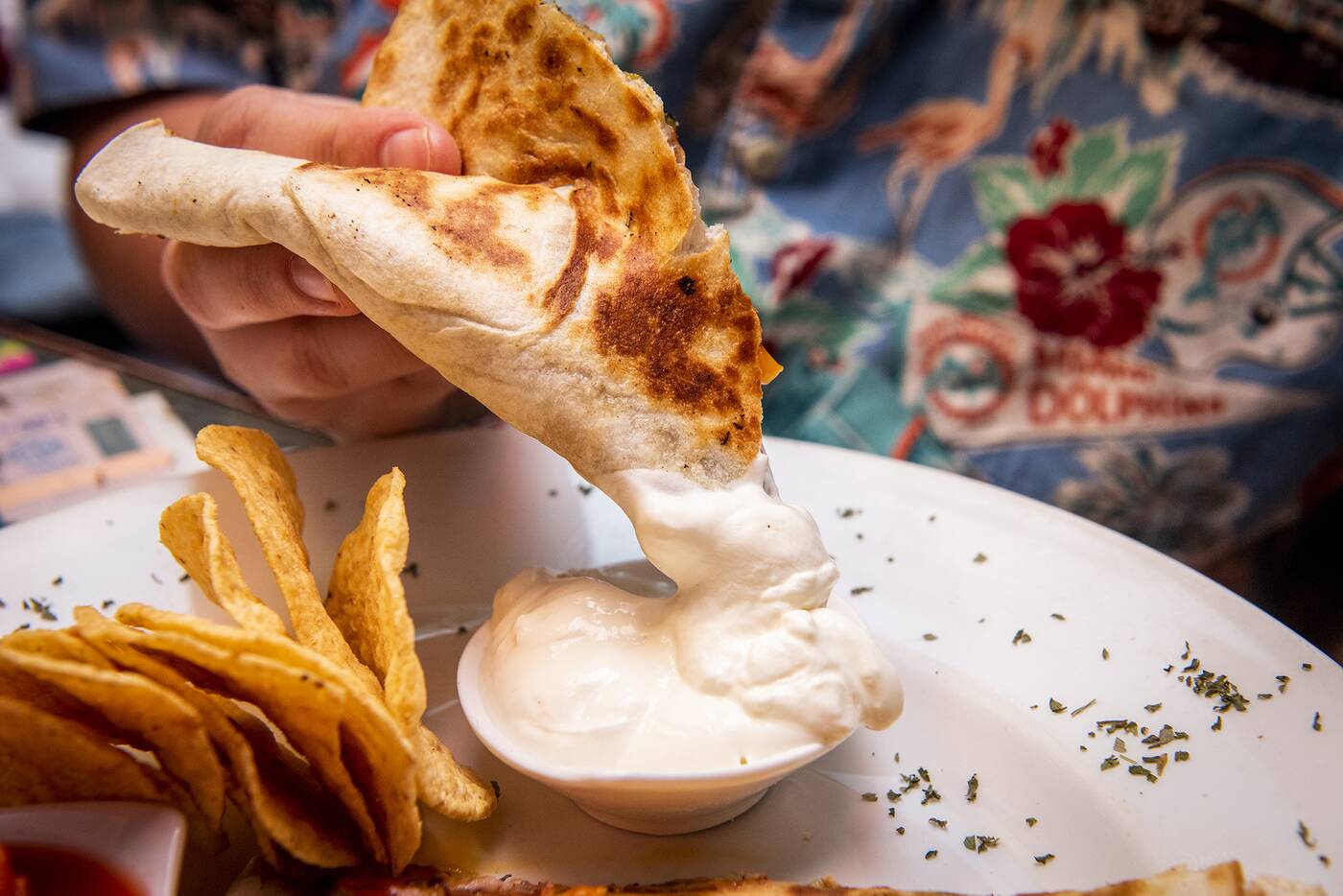 The veggie variety is stuffed with mushrooms, peppers, zucchini and green onion that are all nicely softened but still have a decent amount of snap. 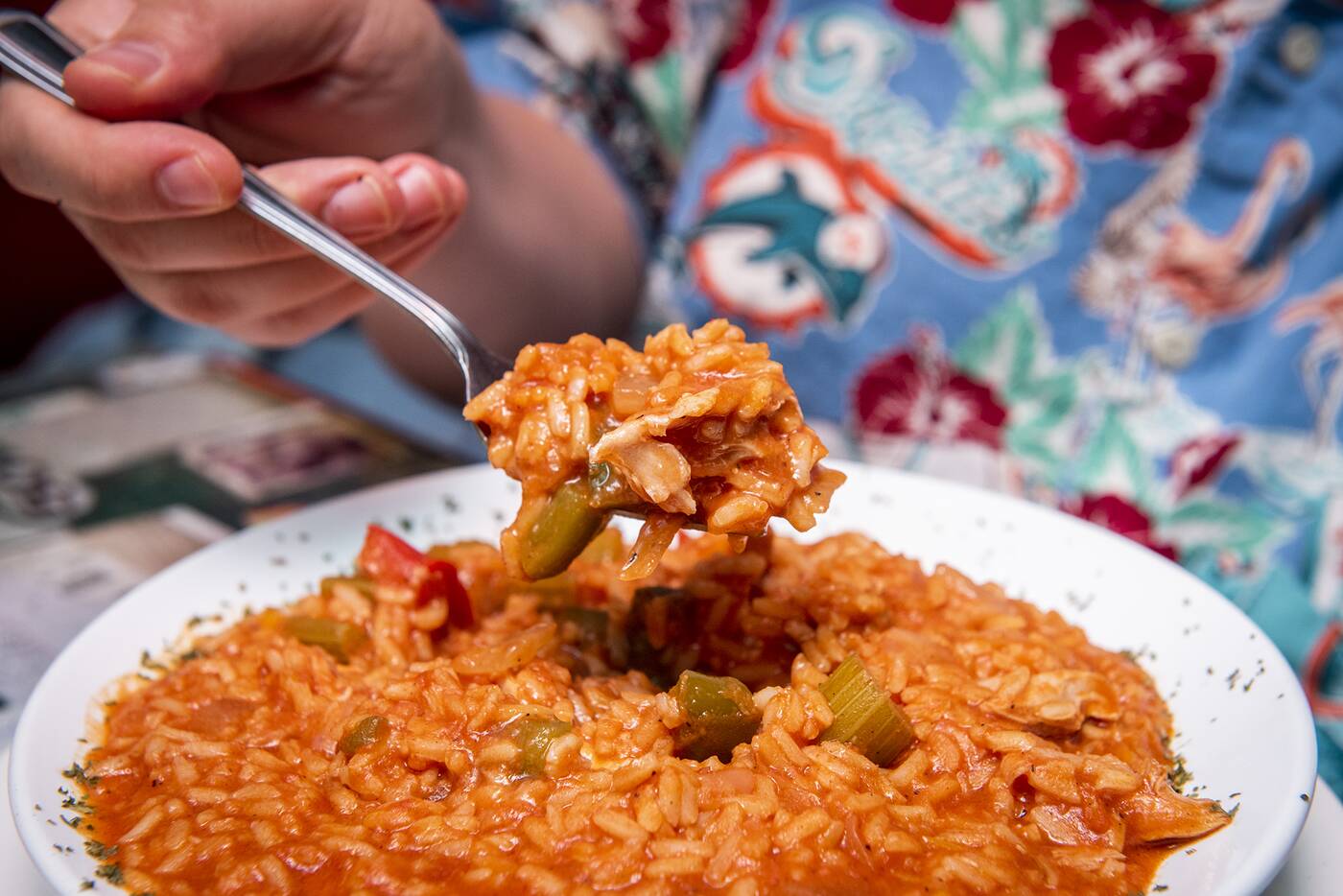 The Gembalaya ($13) has been a mainstay on the menu here since 1984, a thick stew of rice studded with chicken and ham, and seasoned with Cajun spices that lend this dish a definite kick. 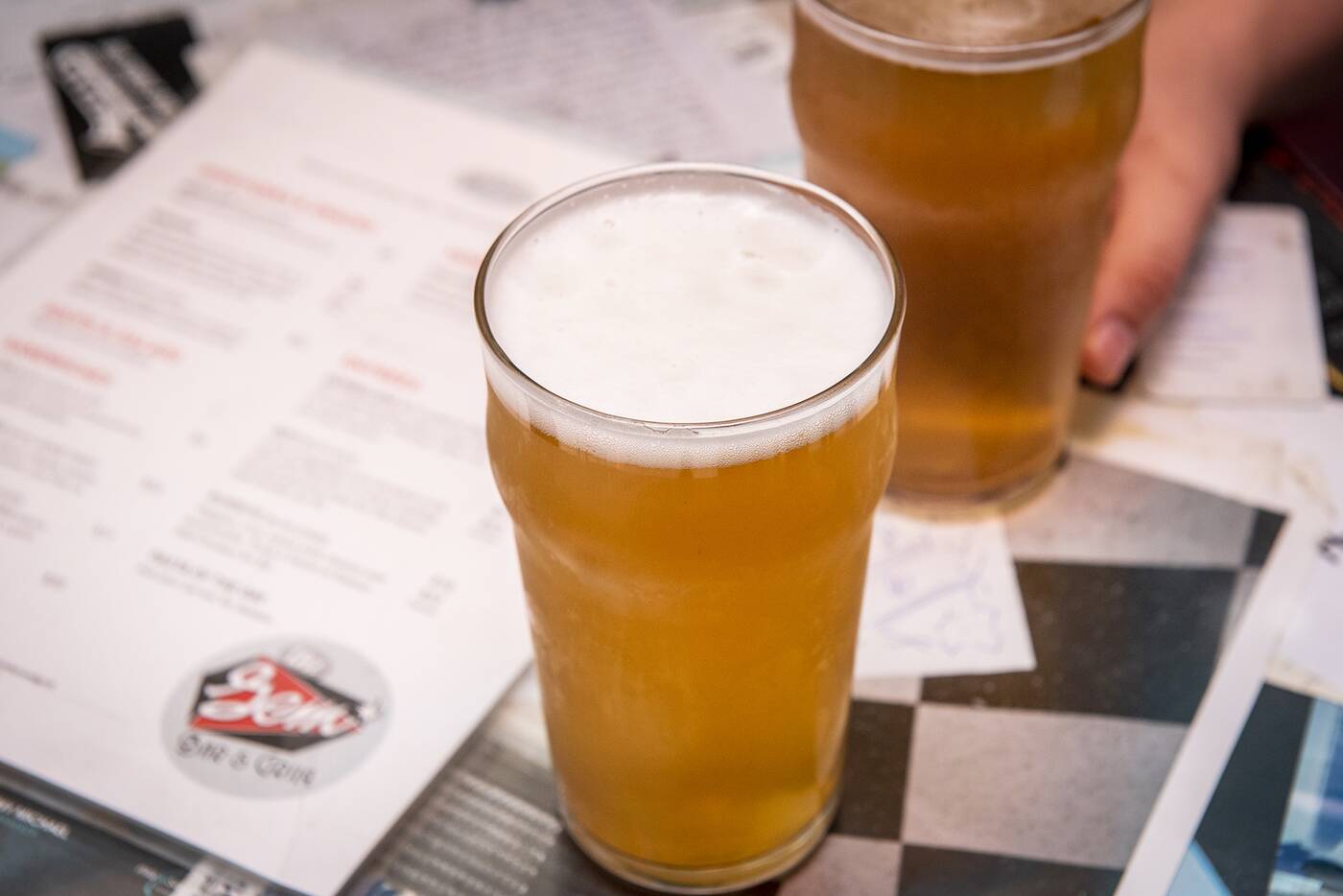 There's no drinks menu or draft list here per se, but customers tend to opt for a rotating selection of beer, mostly available in cans or bottles and typically with a few shining local craft options from producers like Blood Brothers and Woodhouse. 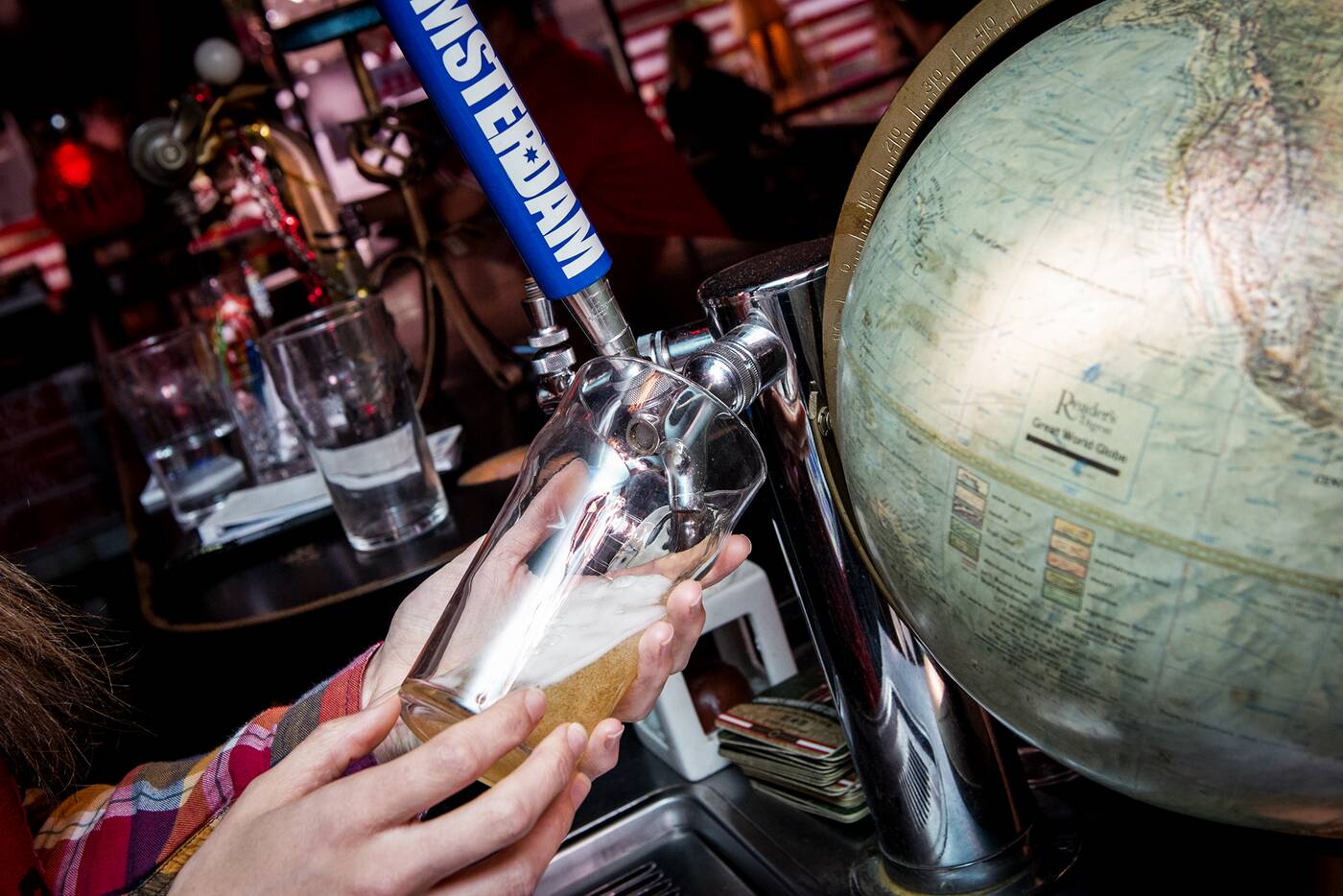 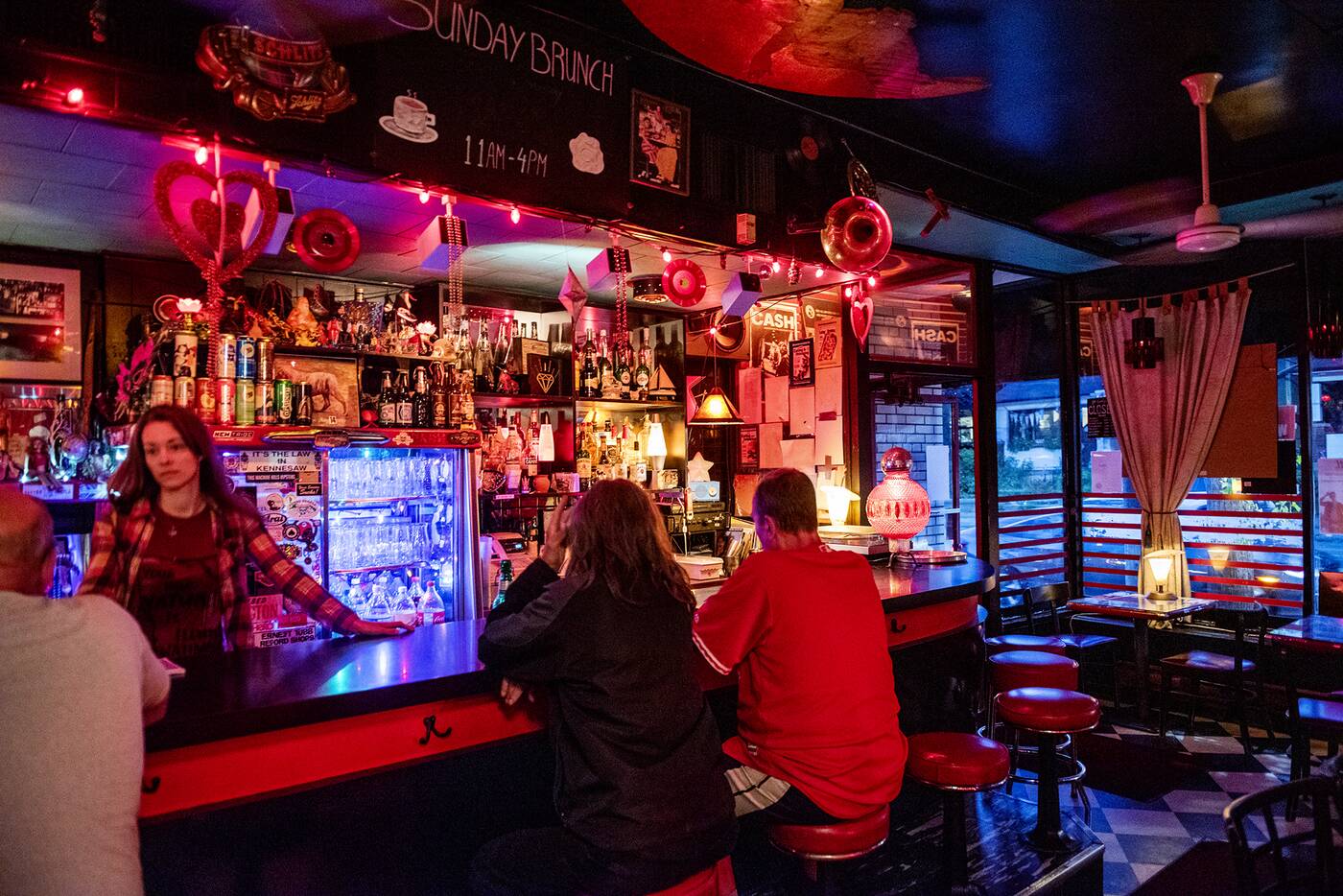 Part of The Gem's old school charm is that it remains staunchly cash only. 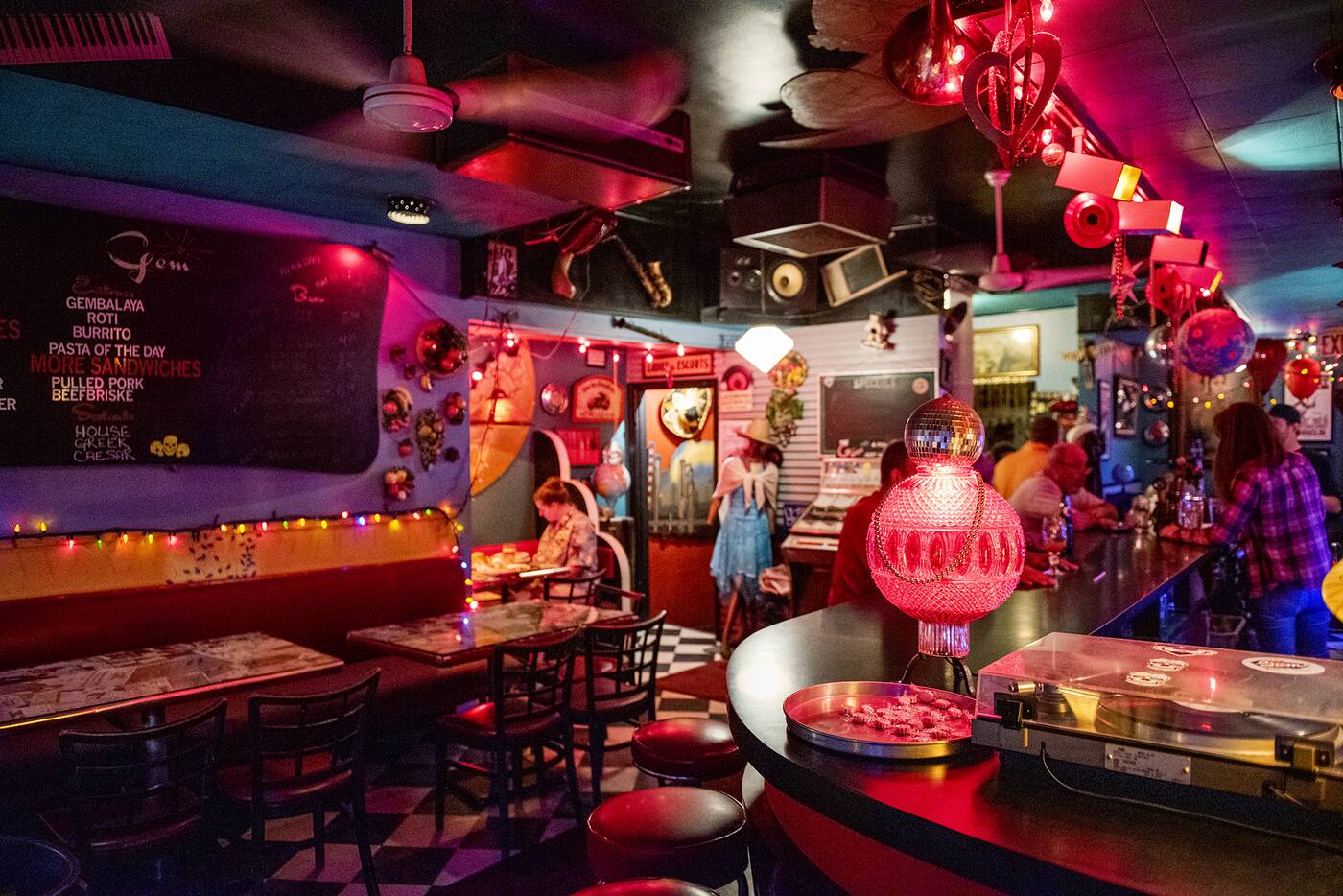 The Sunday brunch menu includes eggs any style, eggs "Gemmy," a daily omelette, French toast and pancakes, all for under $10. 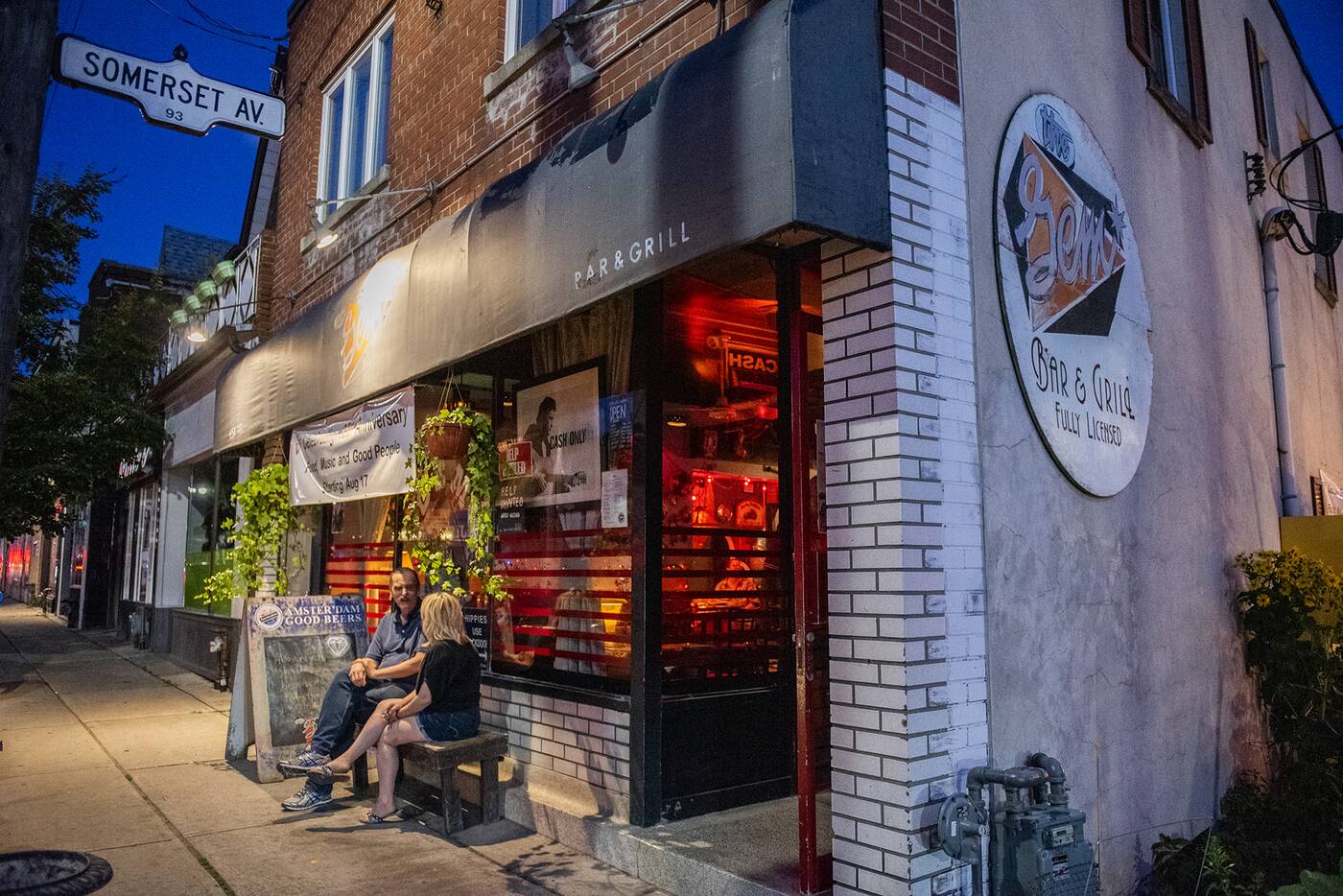