The Mugshot Tavern is my new home. Anybody there at the moment, feel free to finish your meals and pints, but please do pick up after yourself, because I'm moving in. That is just how comfortable I felt at High Park's newest watering hole, and soon-to-be (if not already) hotspot.

Mugshots sits at Bloor & Keele and fills the void where Mackenzie's used to be. They already have a steady stream of regulars, some of which the owners tell me are from the old Mackenzie days...almost as if they have been waiting patiently for a reincarnation. Being a resident of the neighbourhood, I know I was personally excited to see the signage go up some weeks ago. 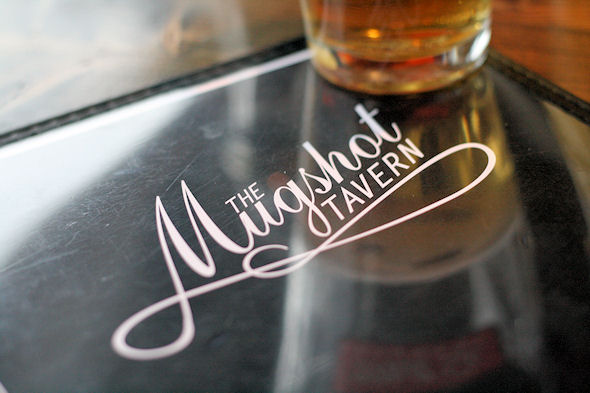 I had the chance to meet owners Scott and Jeff while I was there, and they dish out some mean Southern hospitality to go along with a similar inspired menu. Only a couple weeks in business now they already know some regulars by name, and are making a concentrated effort to get to know the rest. 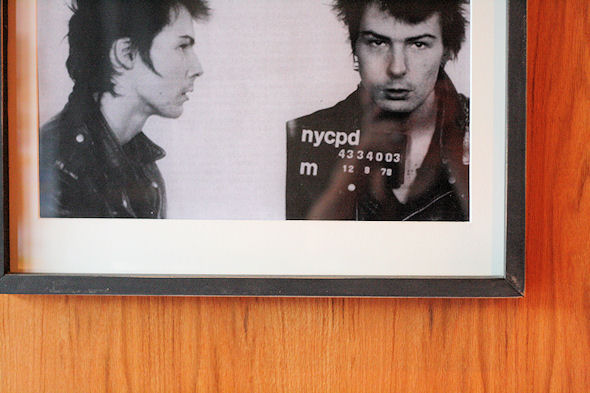 Wondering about the name? Well, if you get the feeling you're being watched while eating, it wouldn't be unfounded. Celebrity mugshots line one whole wall of the bar. Captured on film in their prime, the likes of David Bowie and Mick Jagger stare down diners. I myself was under the watchful eye of Sid Vicious. 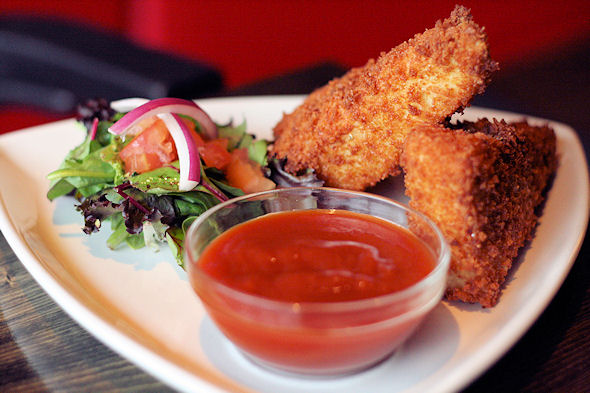 For starters I ordered the Mac & Cheese Fritters ($9) as I had heard so much about them. The order was preceded with the following letter written by yours truly, "Dear Arteries, I am very sorry for what is about to happen. Please take it up with Stomach and Brain. It was their idea." Breaded in Panko crumbs, these 3 cheese macaroni wedges are then fried and served with a spicy ketchup. How can something that feels so wrong taste so good? I think I have a problem on my hands here. 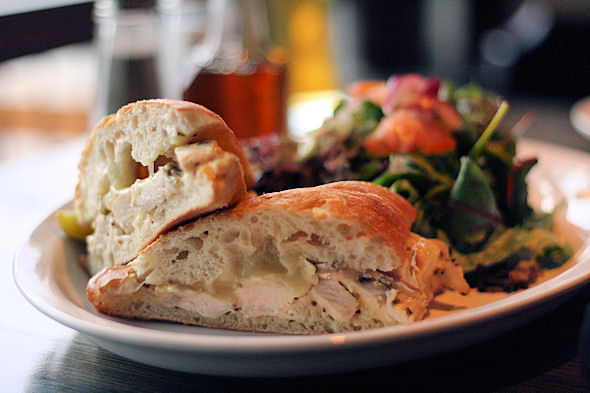 Next, I ordered the Chicken Bacon & Brie Sandwich ($13), minus the bacon (I can almost hear a collective gasp). I love Brie. Me and Brie go way back. So I was pleased to see it oozing from the confines of my sandwich when it arrived at the table. The Rosemary foccaccia was nicely toasted on the outside while soft within. The chicken was very tender and paired nicely with a dijon mustard aioli... and did I mention it was smothered in Brie?

My friend went with the Mugshot Burger ($13 - top photo), which according to Jeff is one of their top sellers. She claimed "homemade goodness" on it's part which is what the menu promises and apparently, delivers. The all-beef burger comes served on a giant bun, that by no means dwarfs the patty, and garnished with a dill pickle and two house-made onion rings that Scott learned to craft back in the day at a fast-food restaurant that shall remain un-named.

There is an emphasis placed on quality, and with the exception of the bread and chicken wings, everything on the menu is prepared fresh, not frozen, and they source as many ingredients as they can locally. The menu is a work in progress, but the boys want to focus on Southern cookin' (think ribs, corn-on-the-cob, and pulled pork). 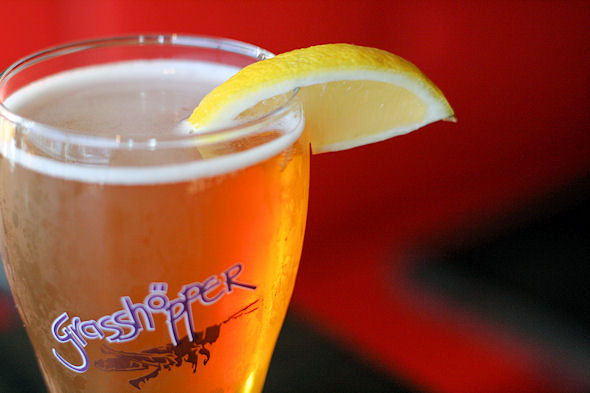 And what goes hand in hand with quality food? Quality beer. And Mugshots has plenty. Thankfully there isn't a tap in the place that says Canadian or Coors. Instead they have a selection of craft beers from Big Rock, Great Lakes, Kronenburg and of course Mill Street and Steamwhistle, to name a few. ($4 for a 10oz mug / $6 pint / and $16 pitchers with imports being $1 more) 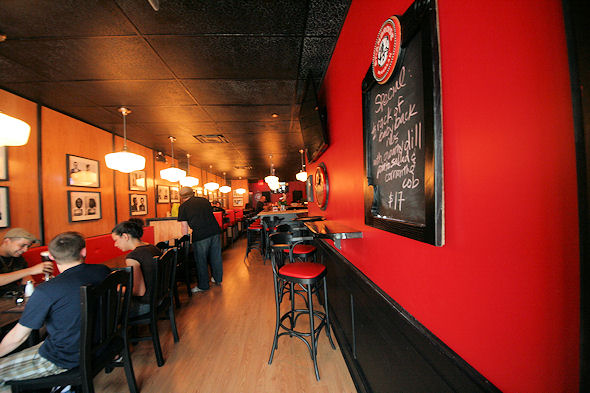 Ominous looking clouds kept us inside, but Mugshots does have a sweet rooftop patio. They've done a nice job of shielding it from neighbouring occupants (see: shady massage parlour) and adorning overhangs with twinkling strings of lights, giving it a backyard feel. But as with any backyard patio, seating is limited so I can imagine being hard-pressed to find a seat here on a sunny day. My advice is to arrive early and stake a claim.

Jeff said they set out to open a bar that they themselves would want to go to, and where everyone - couples, families, old and young - would feel welcome. I think they have succeeded.

Footnote: Look to the Mac & Cheese Fritters after enjoying a little too much of the aforementioned craft beer... they make excellent sponges. 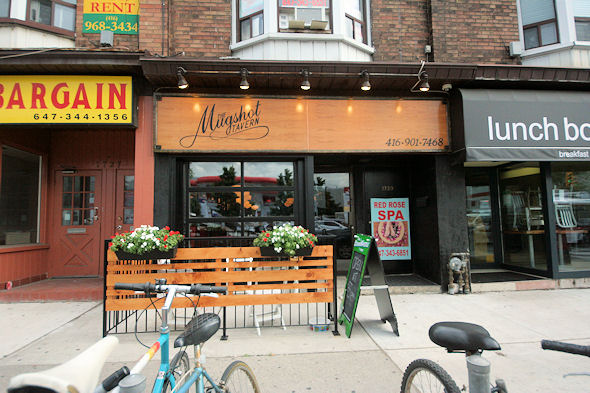 Brunch on Saturdays and Sundays!