The End is a funky little bar found on a dense strip of drinking holes along a small stretch of Bloor West just east of High Park.

Previously Little Buddha Bar , the space has a similar layout to its predecessor's, but this current incarnation is more up my alley, boasting a custom-made, lit-up "Get Weird" sign and bike paraphernalia on the walls, along with craft beer and cocktails on the menu. 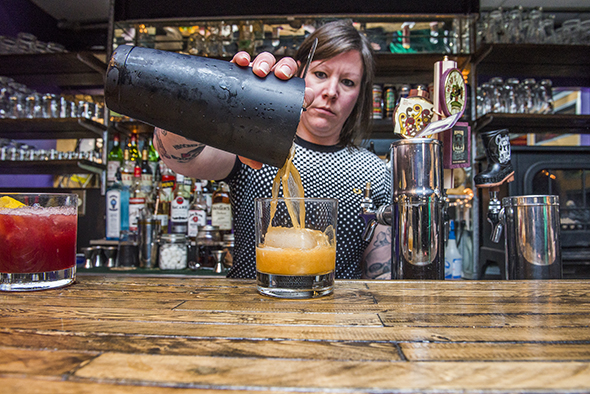 Unsurprisingly, owner Lindsey McKague is passionate about both cycling and alcohol. She's been bartending off and on for over 15 years, and has finally opened a spot she can call her own. You'll find her here most nights, with the occasional guest bartender when she needs a night off. 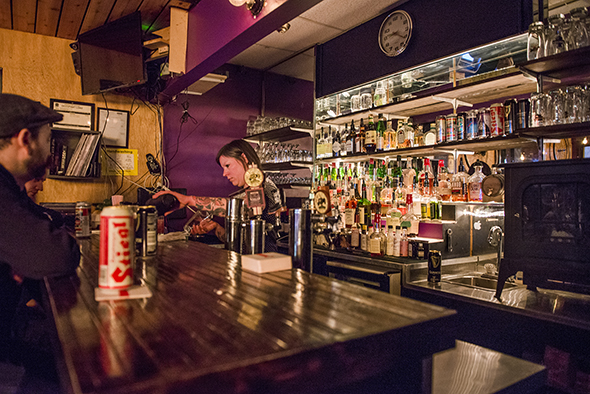 Since McKague likes to support small indie businesses like her own, there are seven rotating craft beers on tap here ($7-$8) from breweries like Blood Brothers, Beau's, Great Lakes and Nickel Brook. Tall cans ($5-$8) include old standbys like PBR, Guinness and Strongbow. A daily "Trash Bag Special" offers an Old Style Pilsner plus a shot of Jameson for $10.

I spot a copy of New York's PDT Cocktail Book on the shelf, which gives me hope that the drinks here will be good. All of the signature and classic cocktails go for $11, a fair price for 2-2.5oz of alcohol. McKague also makes barrel-aged cocktails ($14) that are aged for a month. 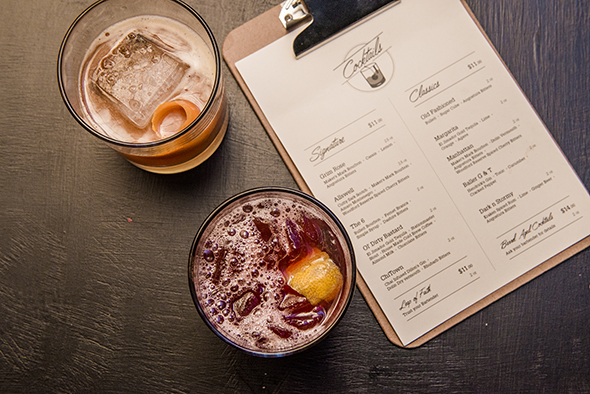 We try a Grim Rose, with Maker's Mark bourbon, cassis, lemon and Angostura bitters, and it definitely doesn't disappoint. It's got a nice balance of flavours, tasting boozy but not overly strong, and isn't too sweet or fruity, considering the cassis, making for a tasty twist on a bourbon sour.

The Allswell ($11), an arguably more serious drink, contains Cutty Sark Scotch, Maker's Mark bourbon, Amaro Montenegro and Woodford Reserve Spiced Cherry Bitters over a large ice cube, and it's has a very drinkable depth to it. 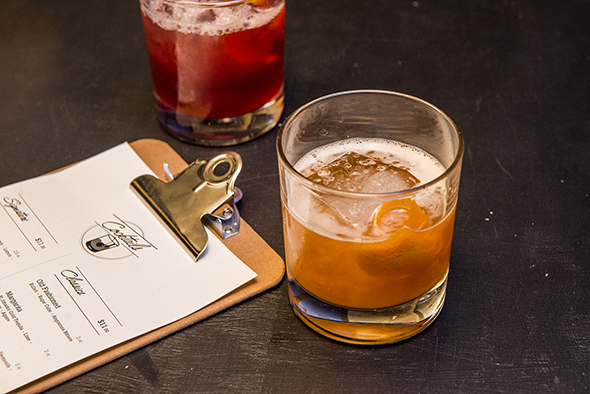 As a tribute to Toronto (and Drake?) there's The 6, a mix of Bulleit (McKague clearly likes her bourbon), Fernet Branca, simple syrup, Dashire bitters and a baller sprinkling of gold dust. It's not too bitter and feels like an appropriate drink to down while listening to the soundtrack of Wu-Tang, Biggie Smalls and other classic hip-hop tracks playing the night we visit. 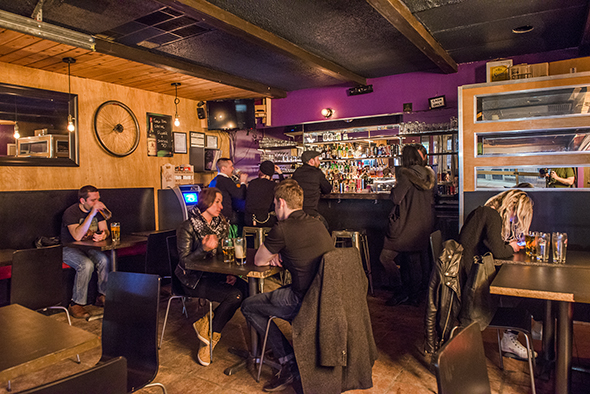 For eats, you're allowed to bring in your own food, although there's an occasional pop-up kitchen. Other events hosted at The End include Wax Wednesdays, a bring-your-own-record night (with Cabin Fever Collective a few doors down, that should be easy), trivia nights with themes like Degrassi and Clueless , and an arts market held every other month. 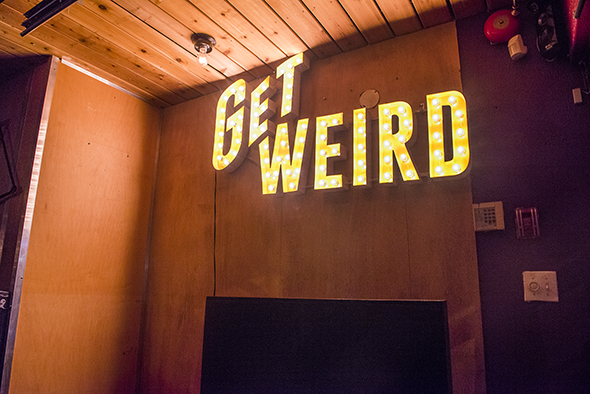 A small front patio for 10 and a garage-door-sized window that rolls up make this an ideal summer drinking locale, and this strip of bars in general makes for a perfect mini bar crawl, as they each have their own particular personality. 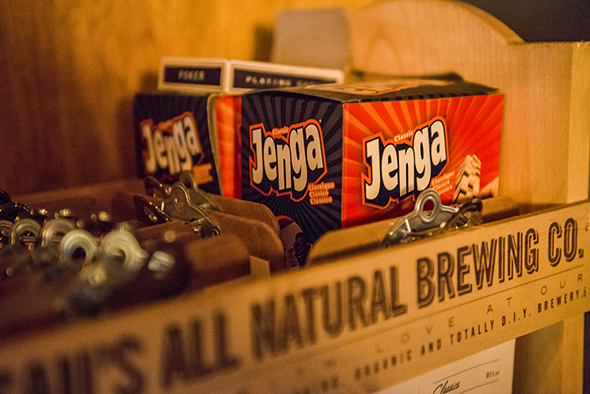 Meanwhile, McKague seems to be enjoying having this bar of her own: "It doesn't even feel like work most of the time." 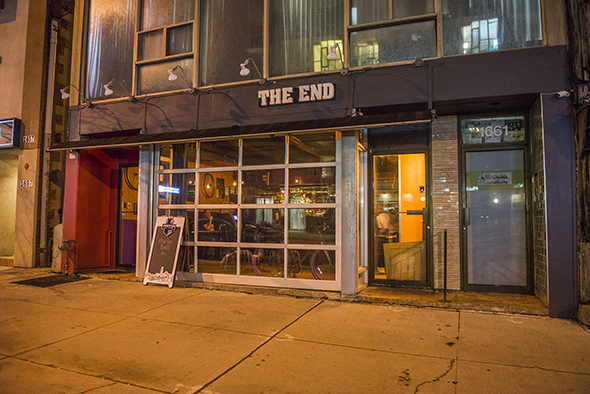