When I ask Tom, one of the owners of the Cabbagetown ice-cream parlour Sweet Creamery, what inspired him to develop his obscene, peanut butter sucker-punch sundae 'The Parliament' he pauses and smiles. "Well, I'm American..." he says wryly, acknowledging the mandatory exposure to both the nutty paste and the obscenely indulgent ice cream desserts that comes with growing up south of the border. 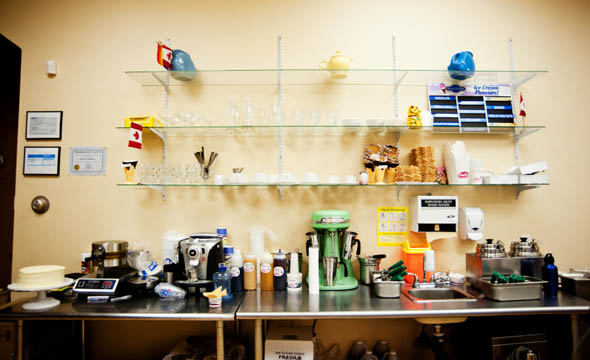 As it turns out, he actually recreated a favourite sundae from the U.S restaurant chain 'Friendly's' that he'd been hankering for since moving to Canada. 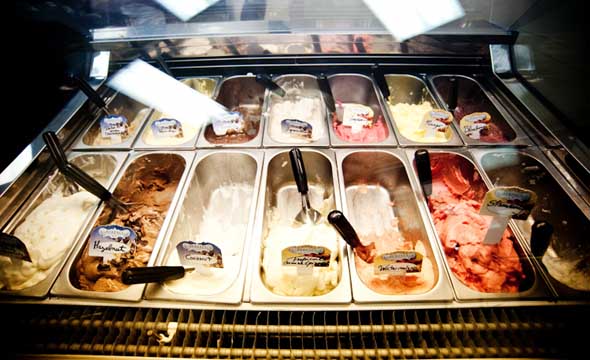 His innocuous announcement of nationality actually has more significance in the founding of Sweet Creamery than you'd expect. 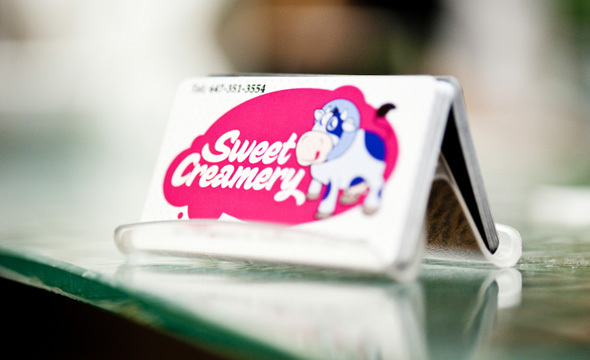 Which flavours would people most like them to carry? 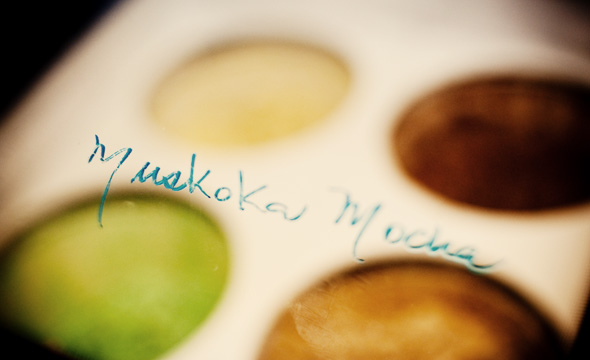 Tom named every sundae on the menu he developed after a different Cabbagetown street and Emilio attended George Brown chef school in preparation for handling the baking section of the operation. 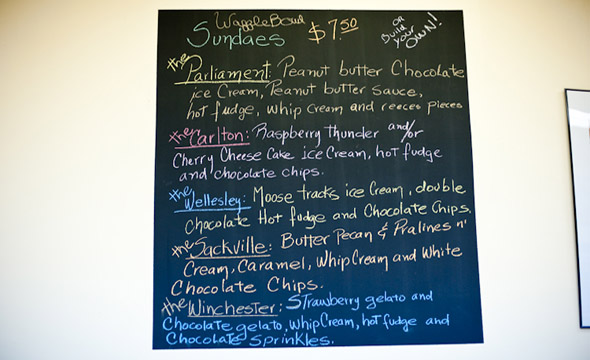 During the first week of opening, local volunteers even helped to get the place up and running, serving customers through the initial rush period. 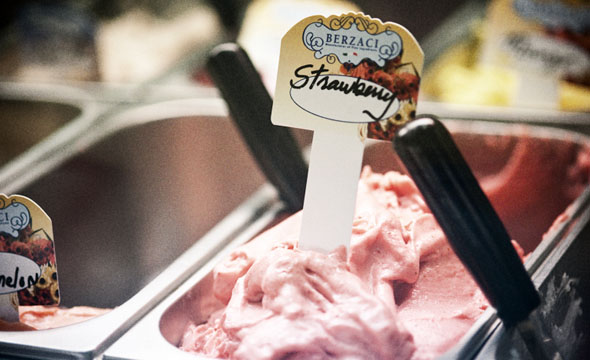 My motivation for visiting to Sweet Creamery was mostly fueled by hearing rumours of a place that made the ultimate sundae for the peanut butter addicted and I'm extremely happy to say that said rumours are well-grounded. 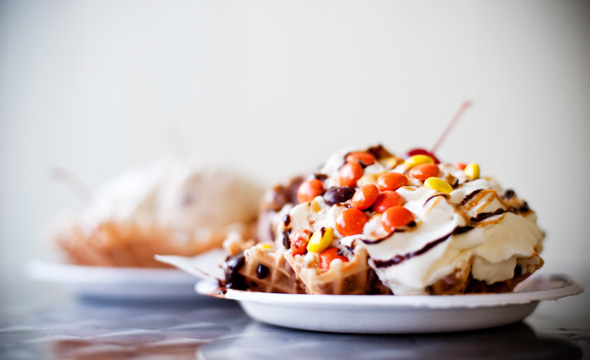 'The Parliament' is a stupendous combination of a waffle basket lined with hot chocolate fudge sauce, peanut sauce (which is imported from Massachusetts), filled with chocolate peanut butter ice cream and topped with whipped cream and Reese's Pieces. 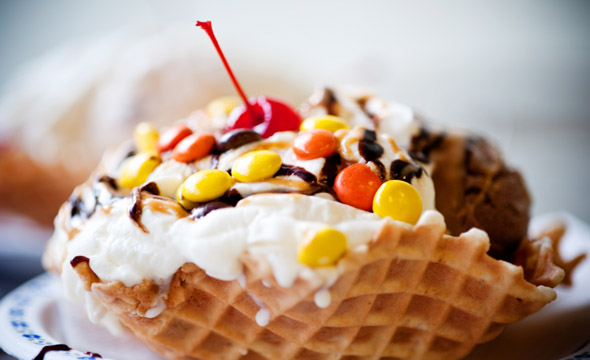 My friend gets 'The Carlton', an equally irresistible medley of both cherry and raspberry cheesecake ice creams, hot fudge sauce, chocolate sauce, whipped cream and chocolate chips in a waffle basket. 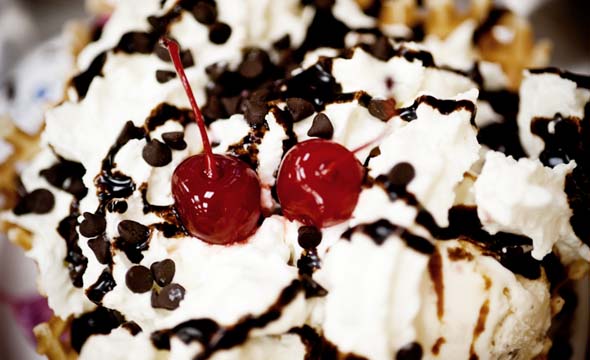 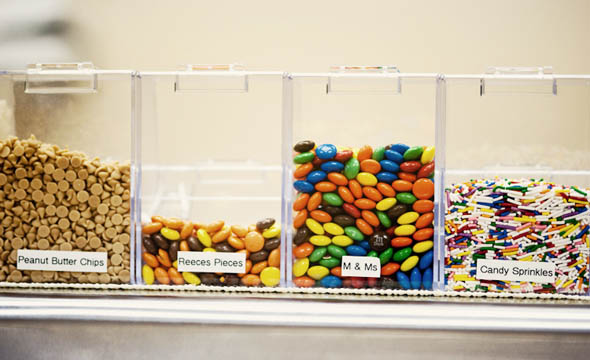 After having a sundae there, I'll have a hard time ordering anything else in future but the baking and the gelato look pretty outstanding too.

Definitely worth a special trip. 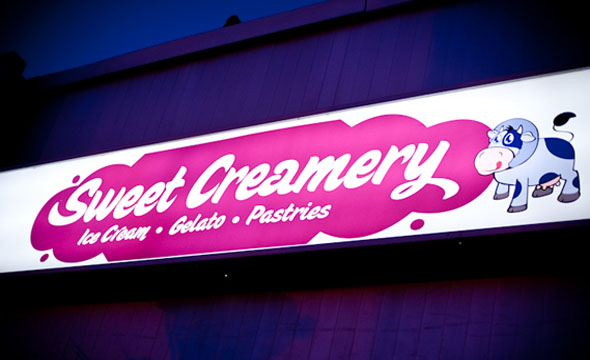