Eva’s Original Chimneys was at first a food truck by the same name, but within just a couple years that business turned into a bricks and mortar operation in the Annex.

The whole business is owned and operated by Kristin and Justin Butler, and named for Justin’s grandmother Eva, a Hungarian immigrant from Budapest. At one point the couple was travelling, and upon discovery of traditional Kürtoskalács, they decided they had to bring these “chimney cakes” to Canada. 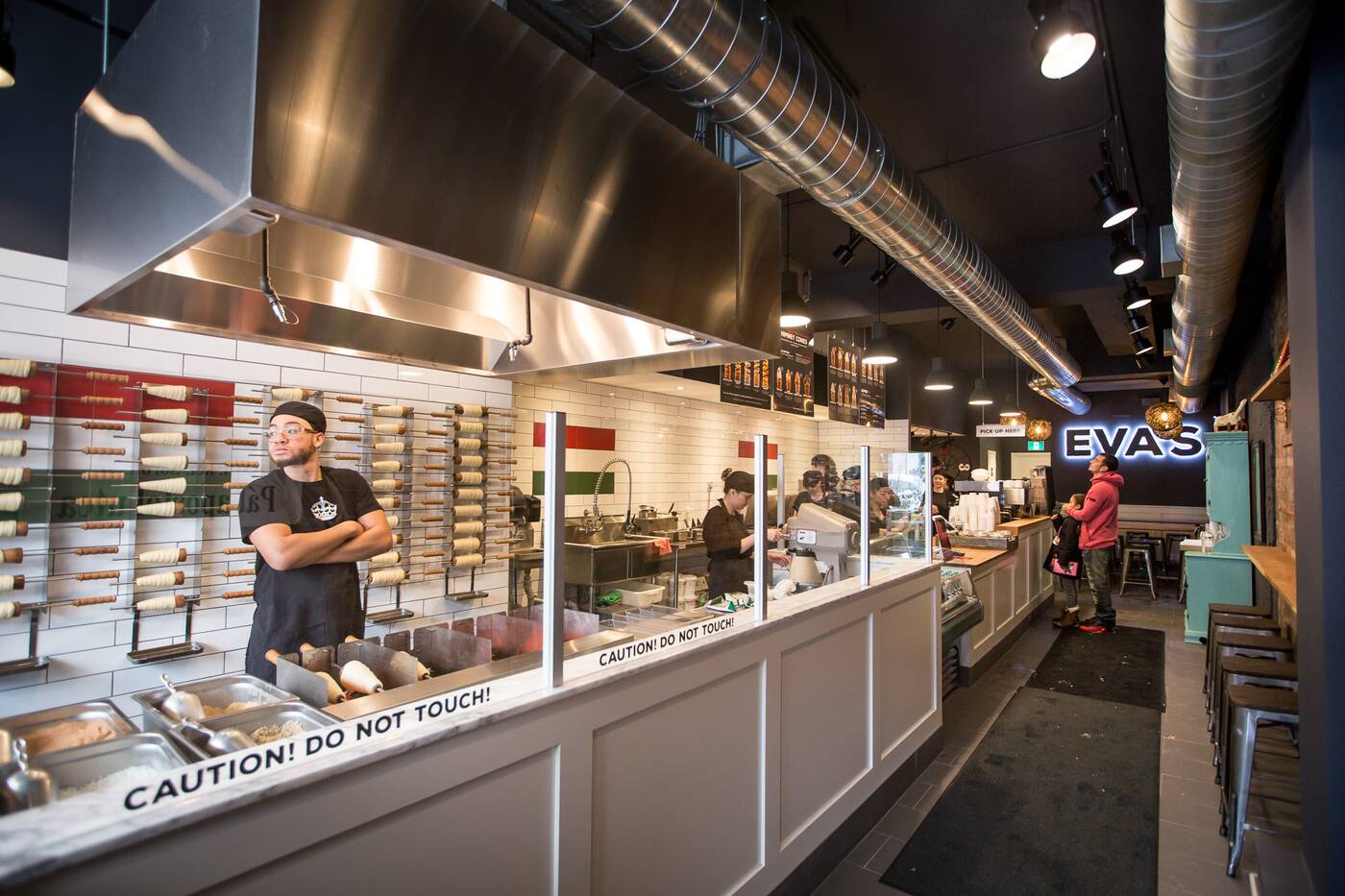 They’ve done a great job with the narrow space, which apparently at one point was a Pizzaiolo. It actually makes sense, because there’s a similar desire to highlight the magical process behind making one of these warm delights as a pizza. 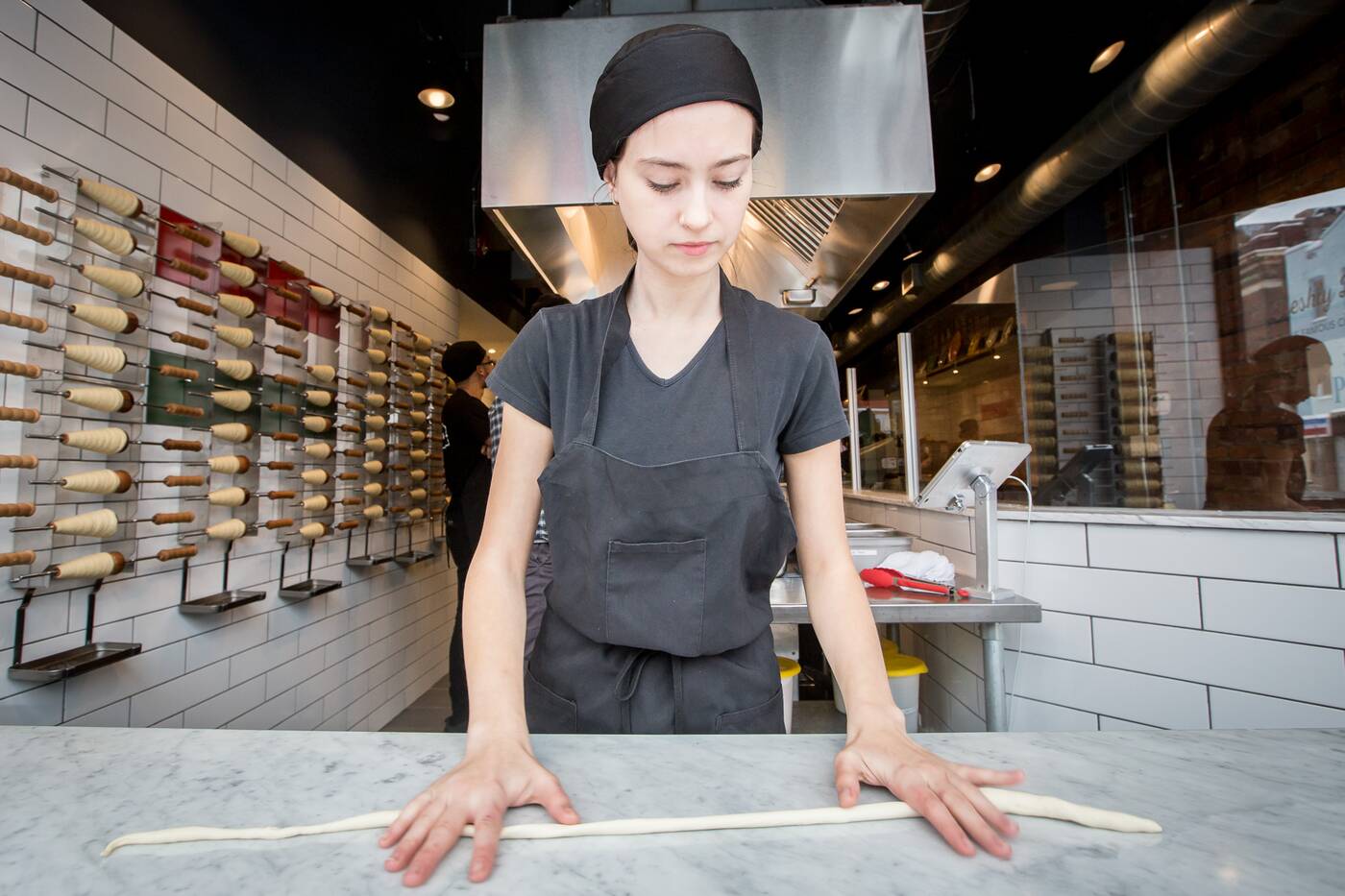 The treats start out as thin tubes of dough hand-rolled in the front window. 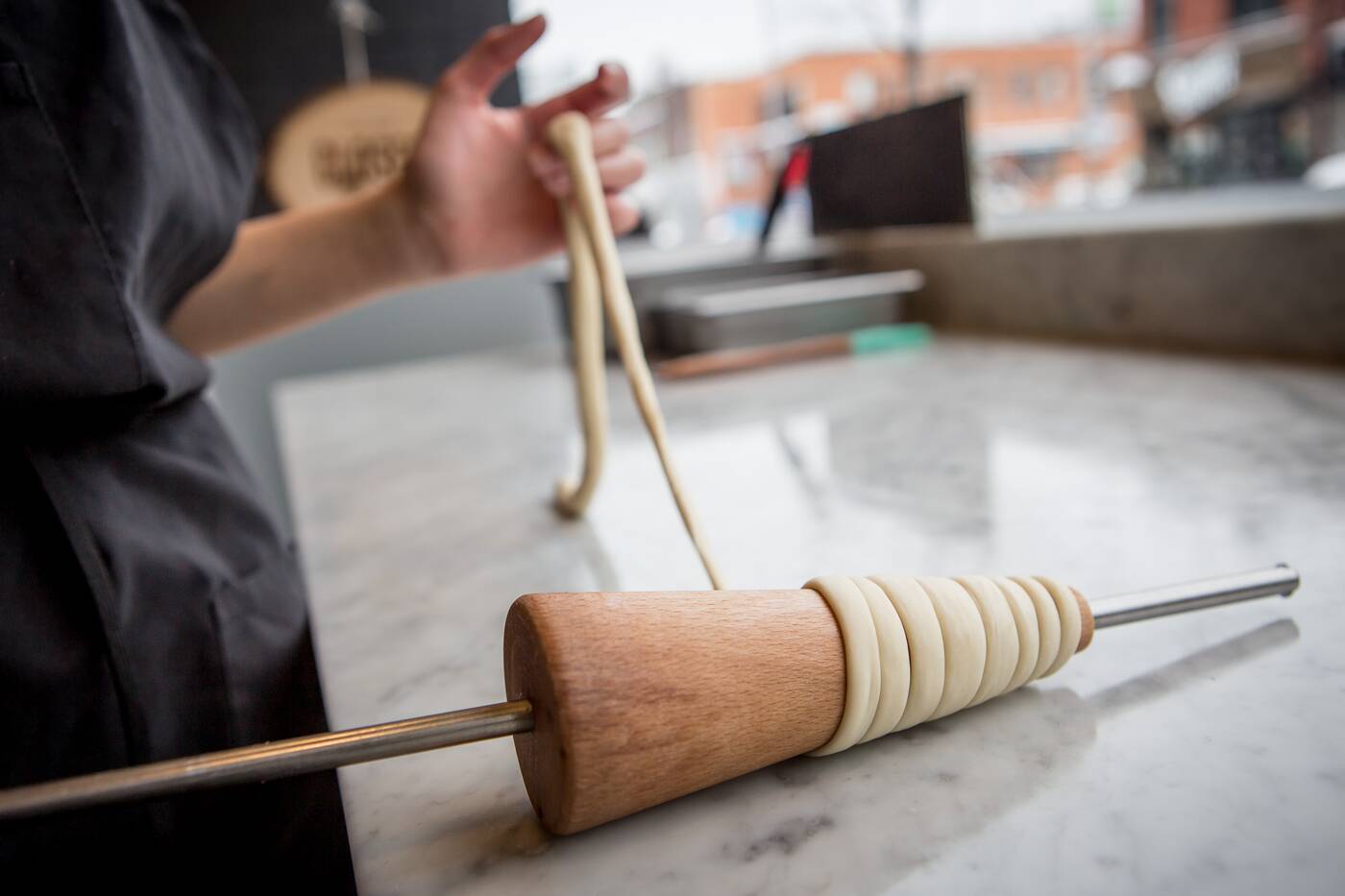 This dough is wrapped around wooden cylinders and cones, molding them into a shape that will soon hold all sorts of sweet fillings. 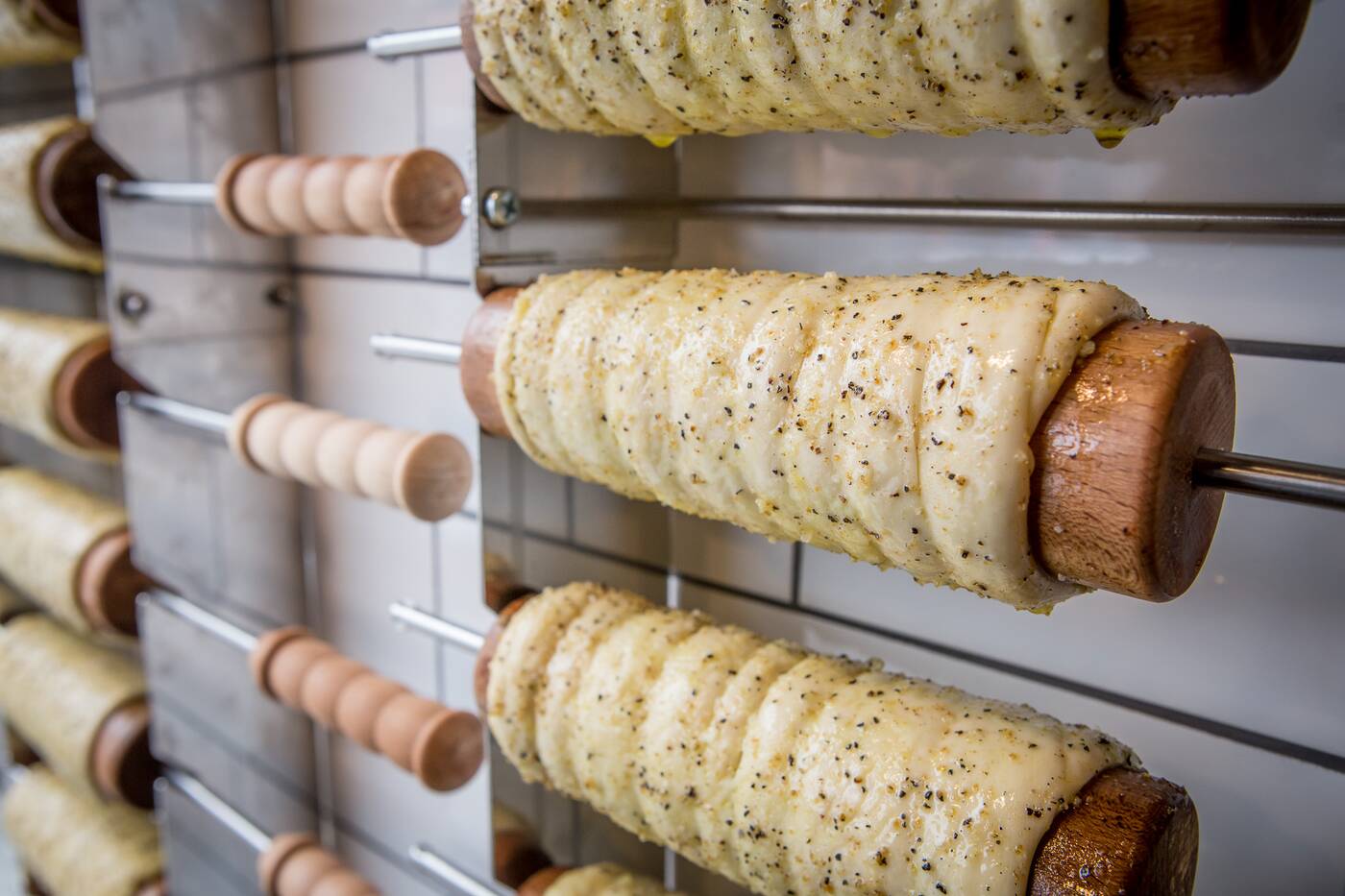 Savoury cakes get a coating of herbs, extra-virgin olive oil and aged cheddar. 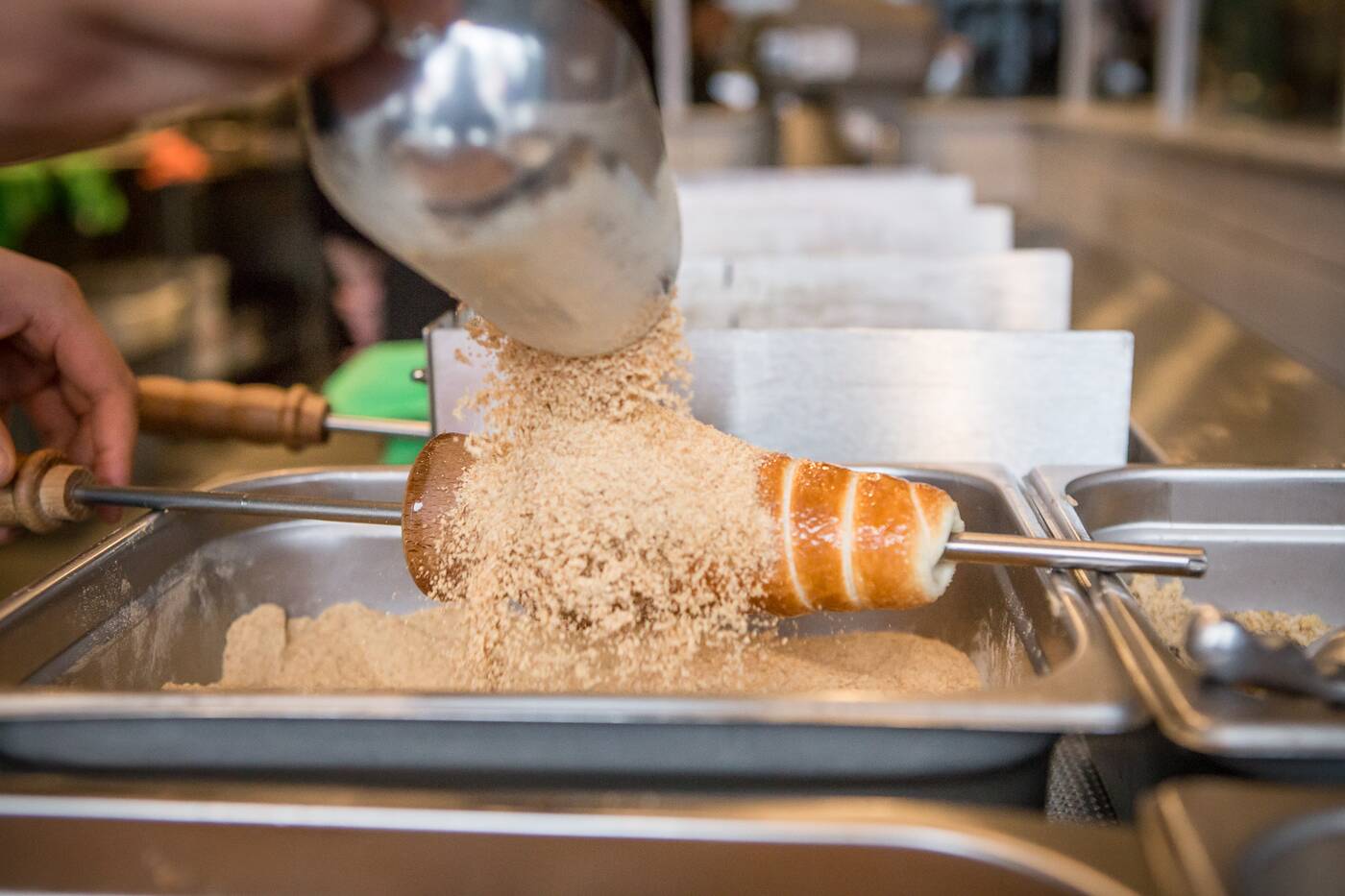 Others get coatings of cinnamon sugar or walnuts. 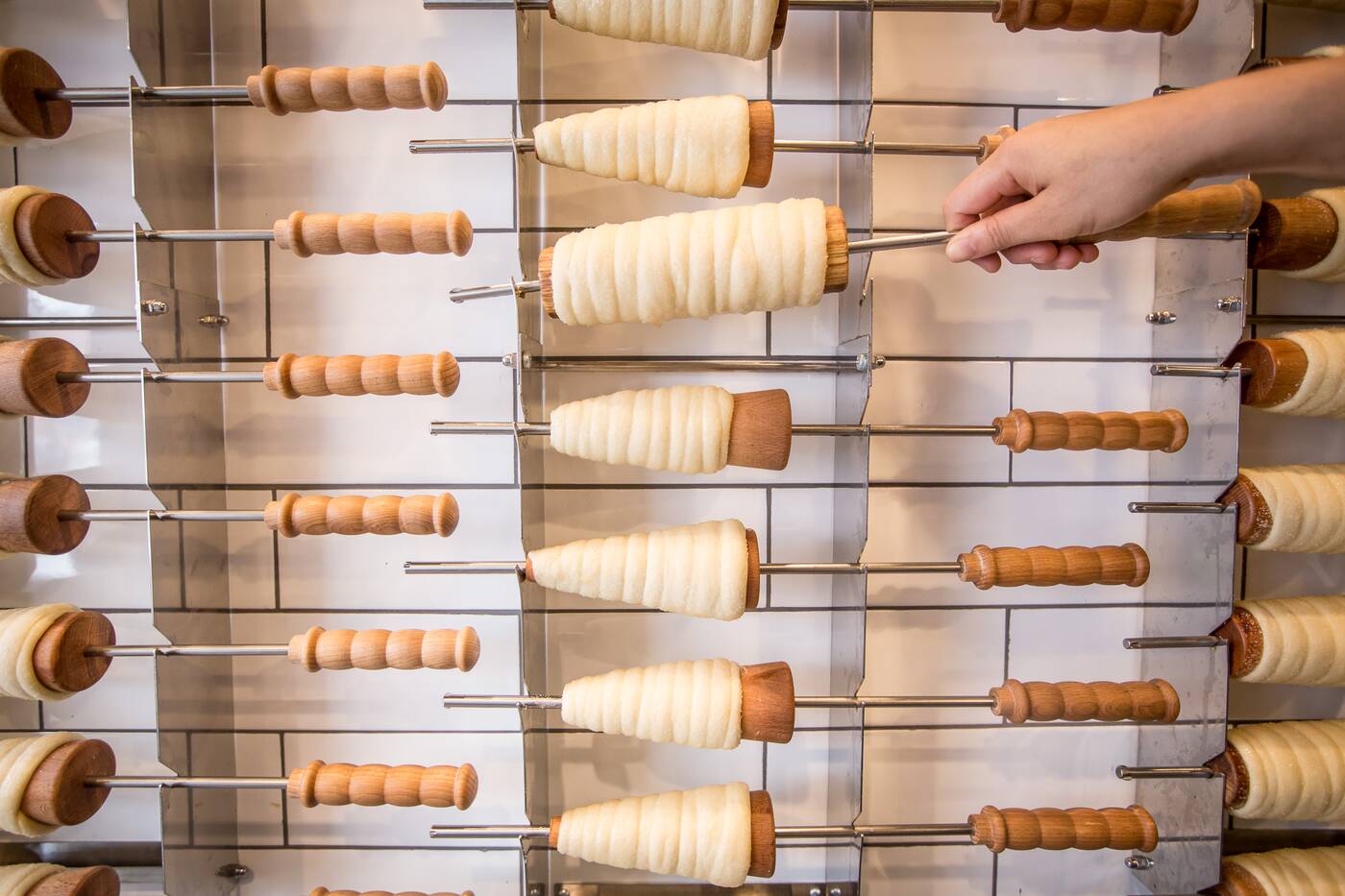 They rest up on the wall until they’re needed. 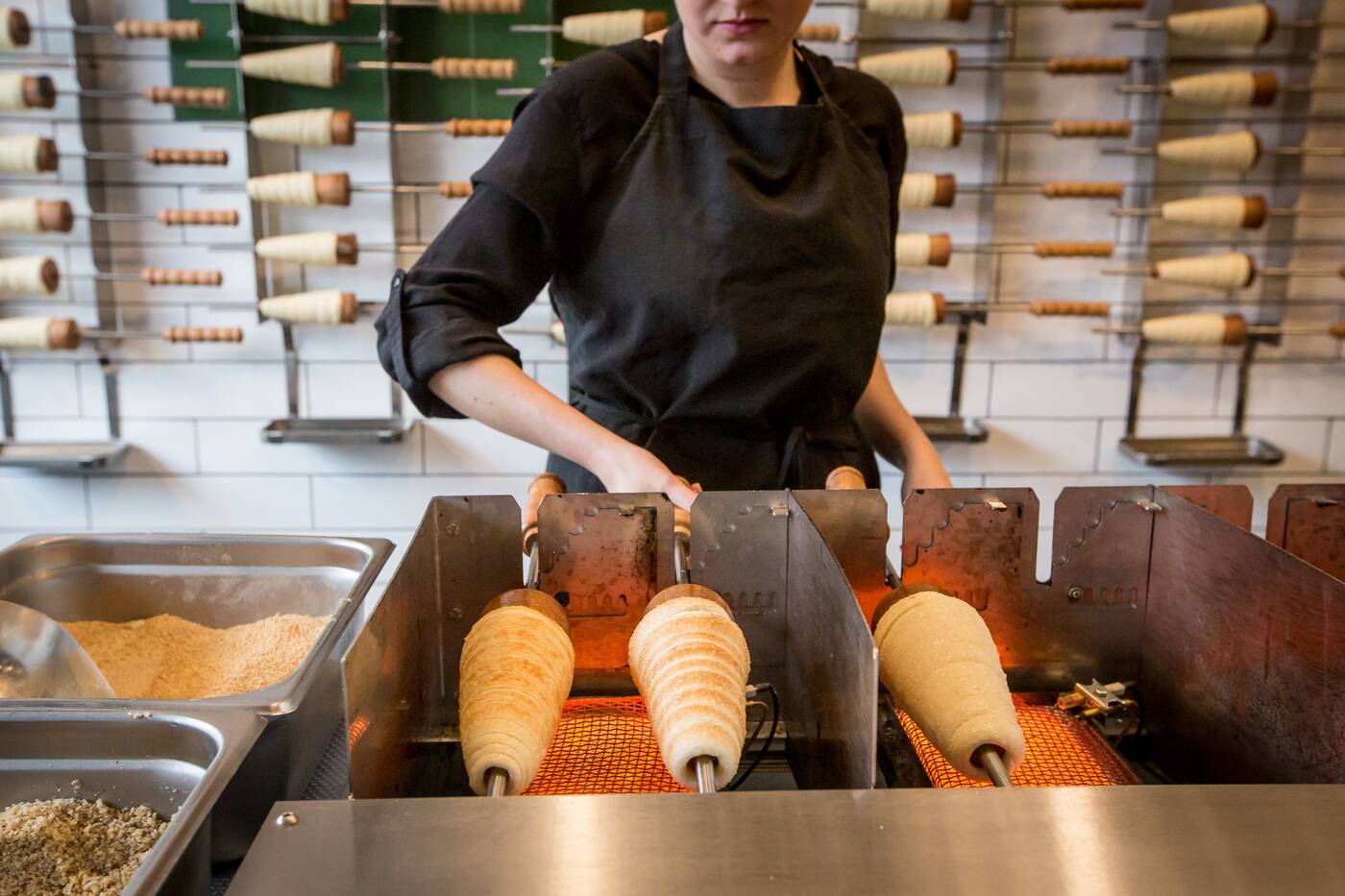 When an order comes in, they’re baked rotisserie-style. 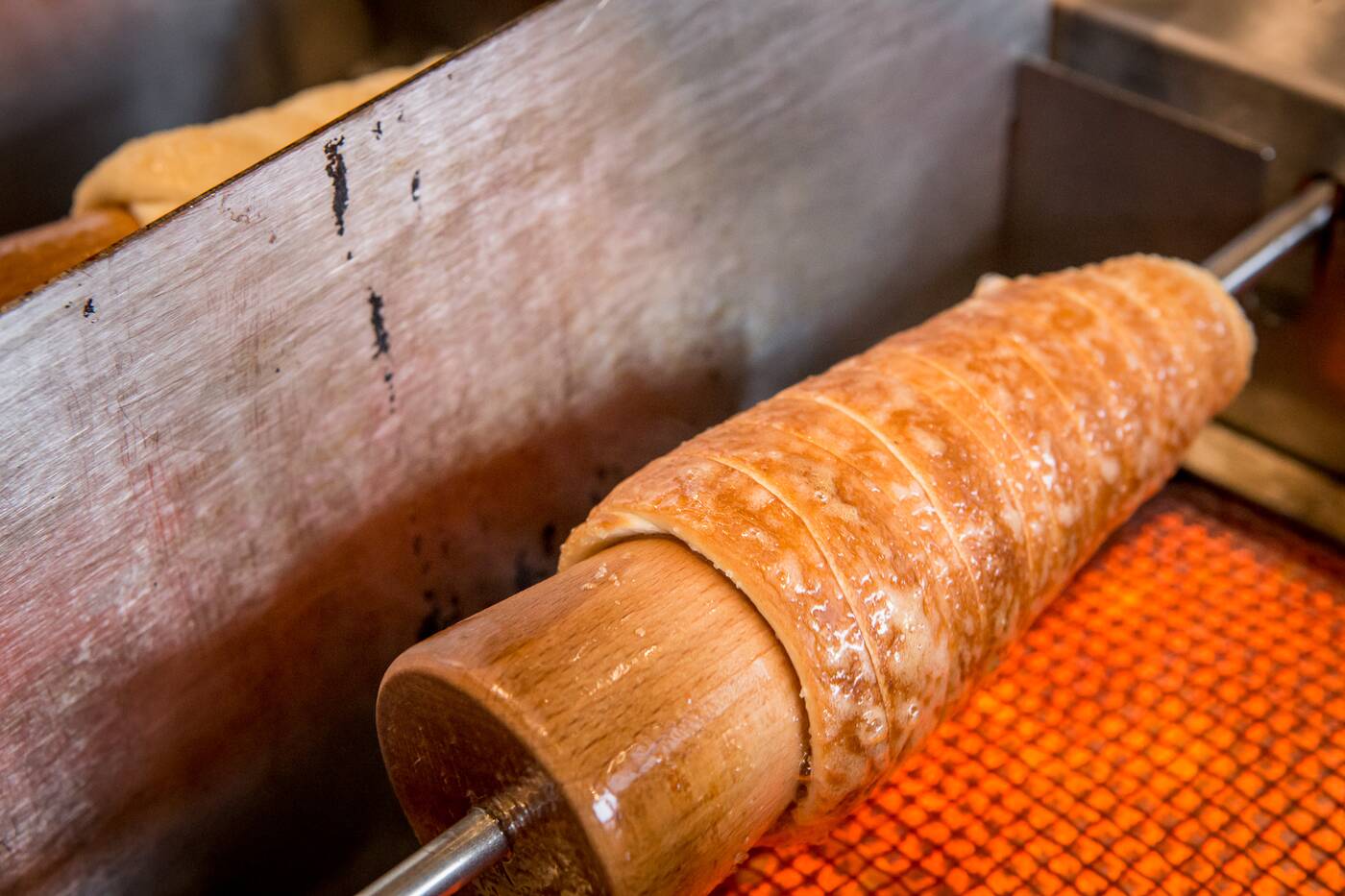 Special ovens were imported from Slovania. 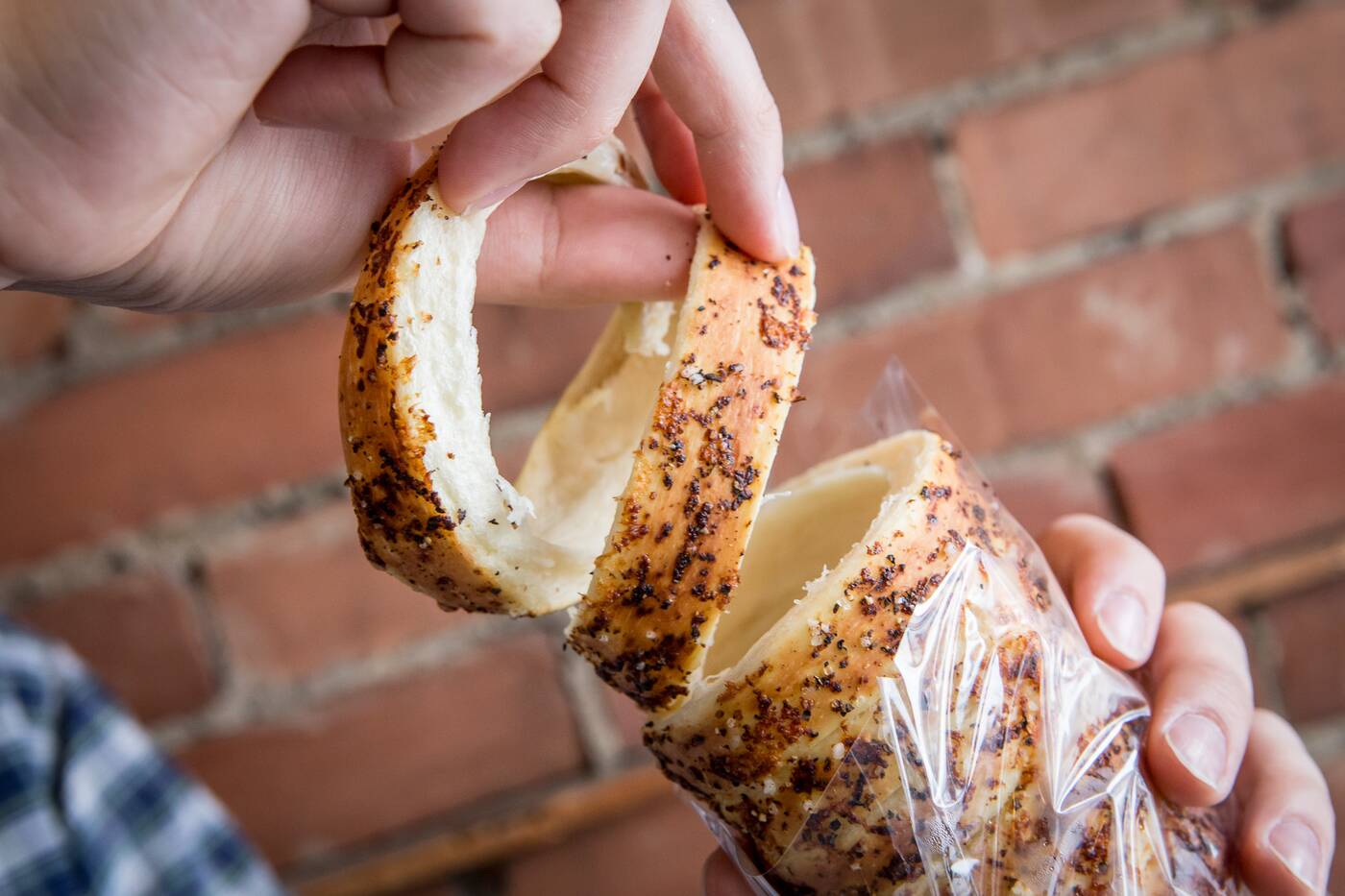 Original chimney cakes are straight cylindrical tubes, most of which are sweet like the cones but some of which, like the herb and cheese ($8) are savoury, coated with extra virgin olive oil, salted lemon pepper seasoning and baked aged cheddar.

The inside is coated too, with cream cheese, which makes this an indulgent but quick breakfast. 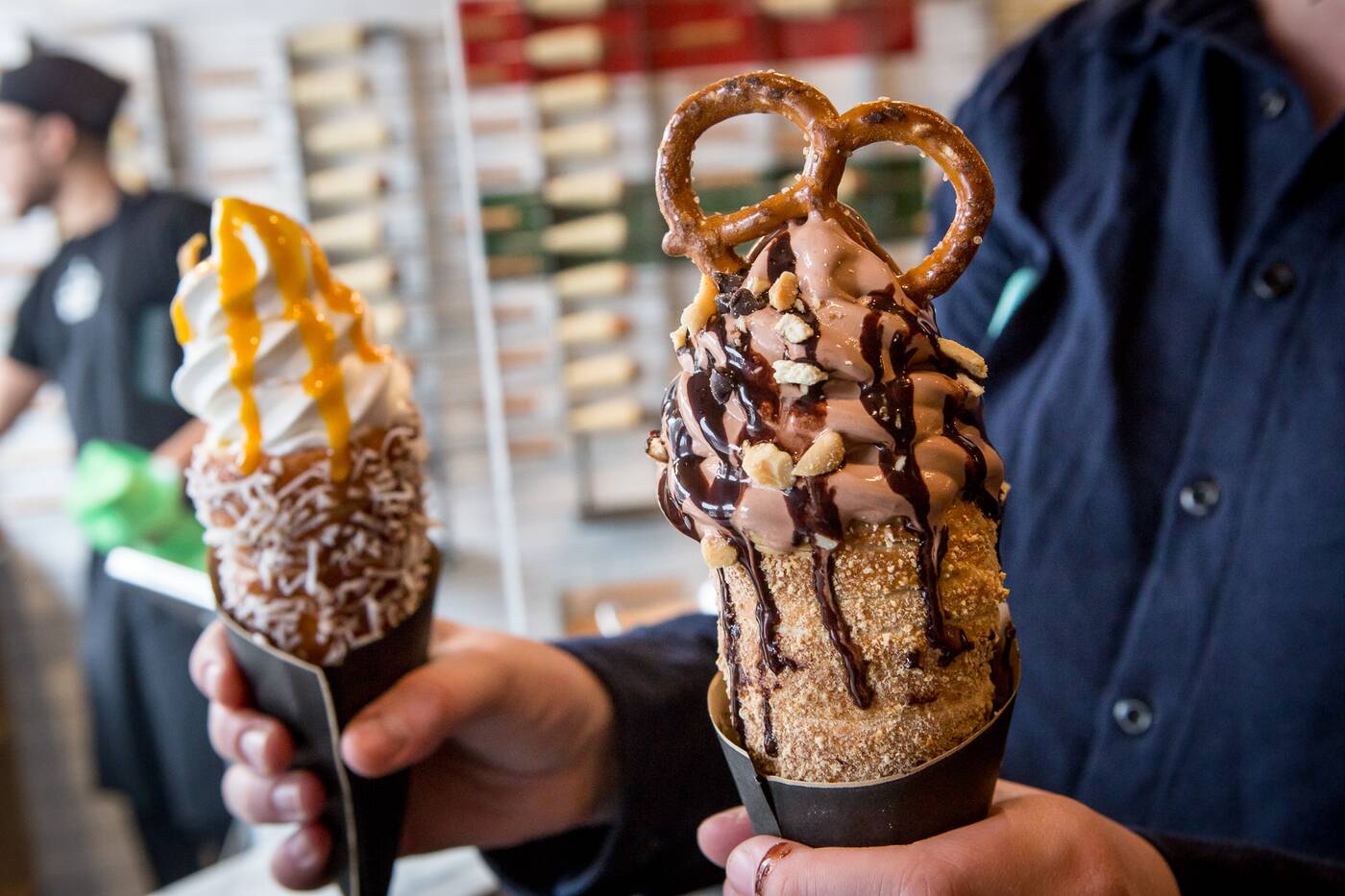 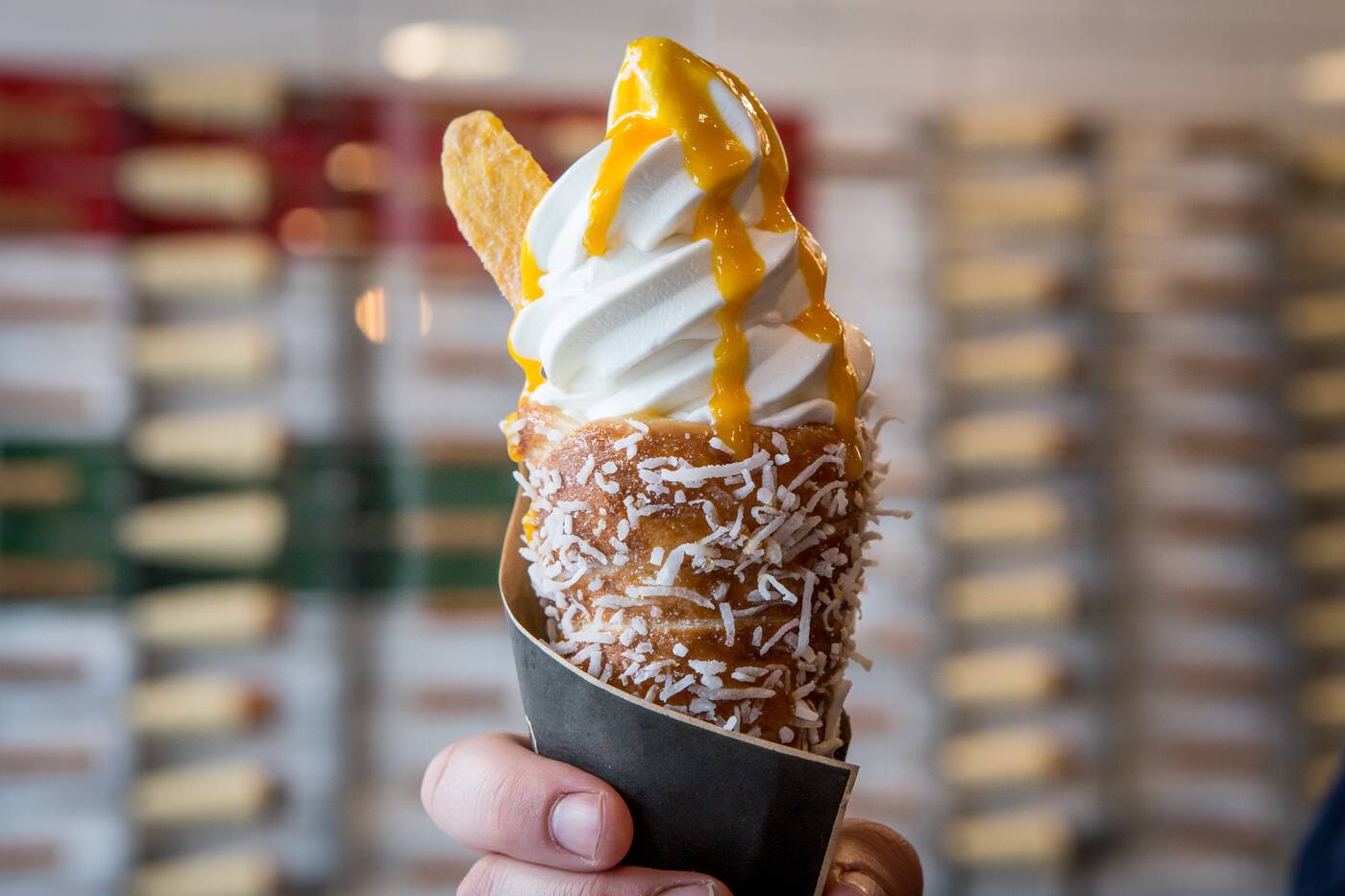 The Thai mango sticky rice cone ($11) is filled with chopped mango and coconut sticky rice that reminds me of a pudding (the cone is also rolled in coconut). It’s topped with a syrupy mango drizzle and a slice of chewy candied mango. 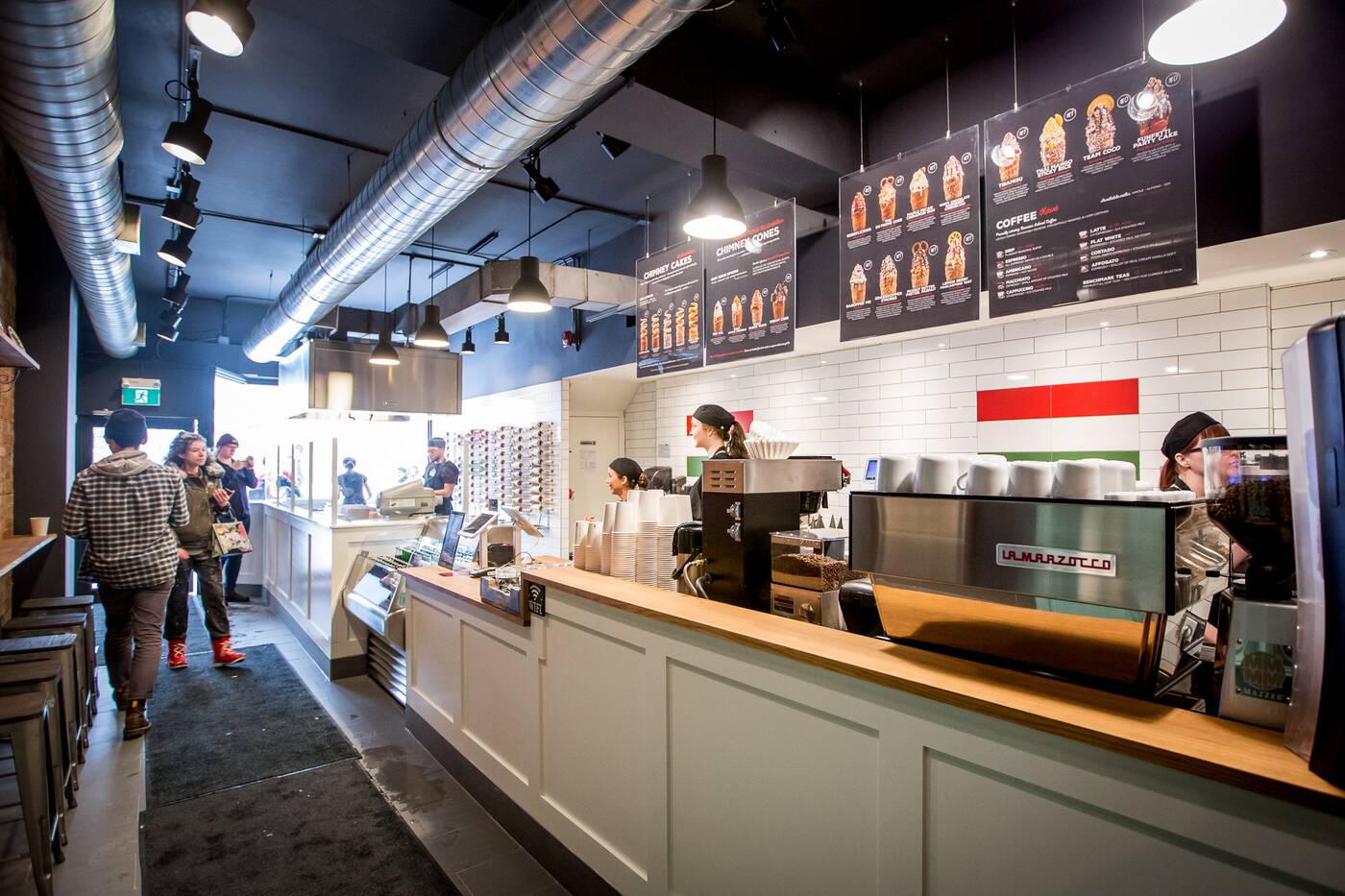 Much of the space is devoted to the process, with a prep area stretching from a front window where you can watch dough being stretched out and rolled into cones to almost the back of the cafe. Though there’s not much natural light towards the back, there's a fair bit of comfortable seating. 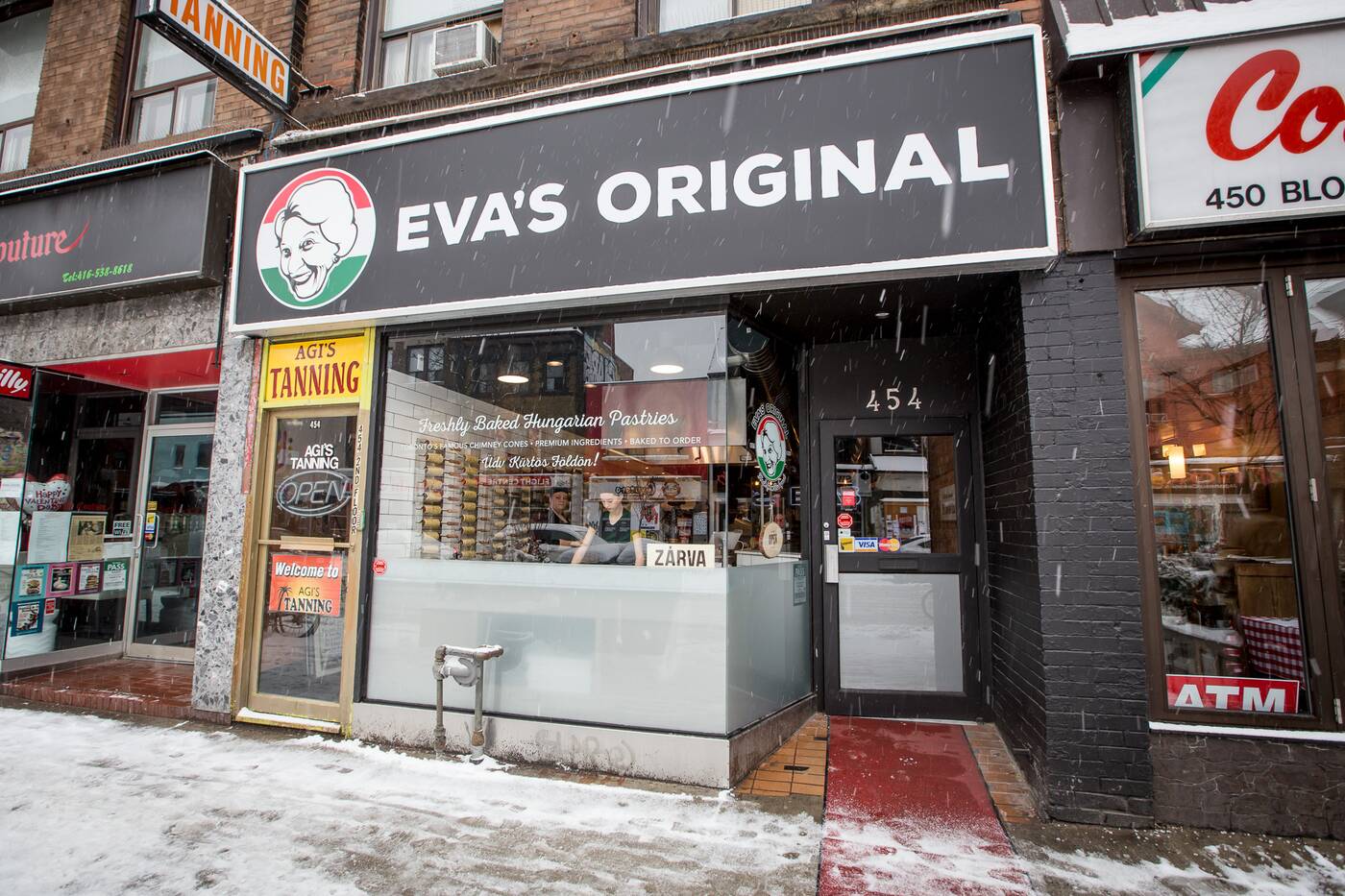