It’s been owned by the same family for almost as long, and they’ve kept the original retro feel: stepping up to the shack feels like entering a time warp. 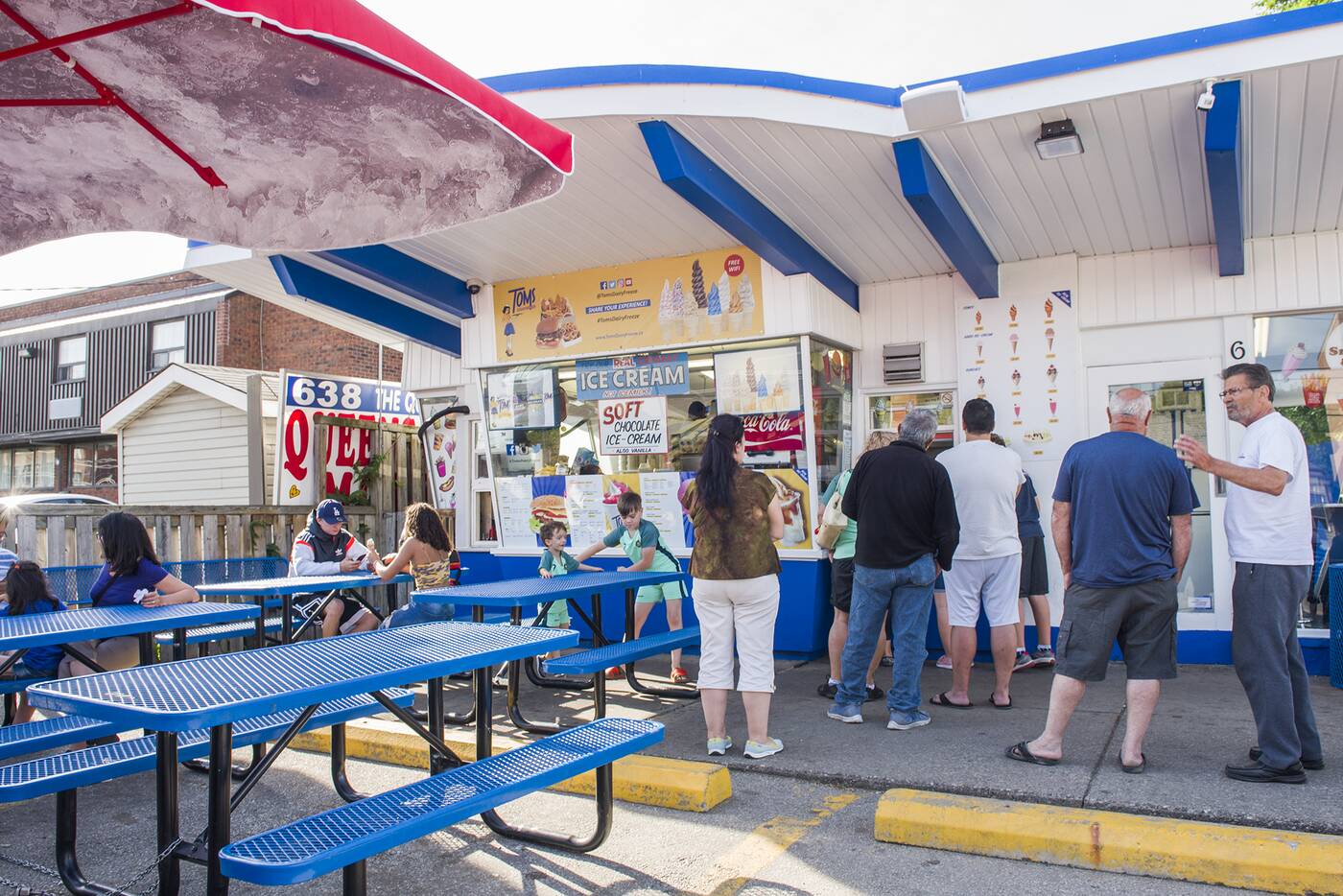 A giant curved awning shades a front window where orders are placed. 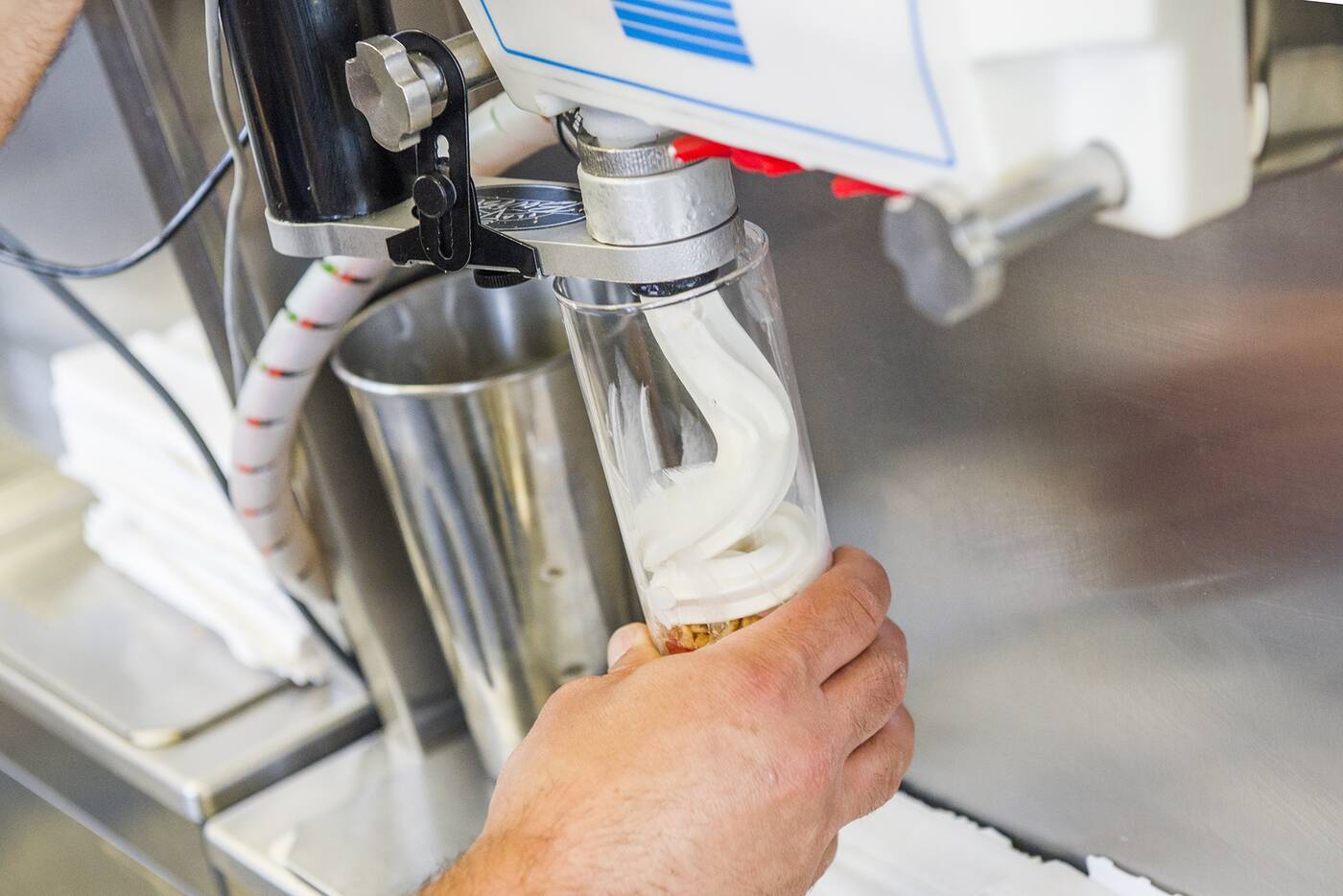 Your standard vanilla, chocolate or twist soft serve cone starts at $2.85 for a small, and runs up to $4.85 for a towering large size. They’ve used the same recipes from the beginning for these basic flavours, cream plus vanilla beans for the vanilla, cocoa for the chocolate. 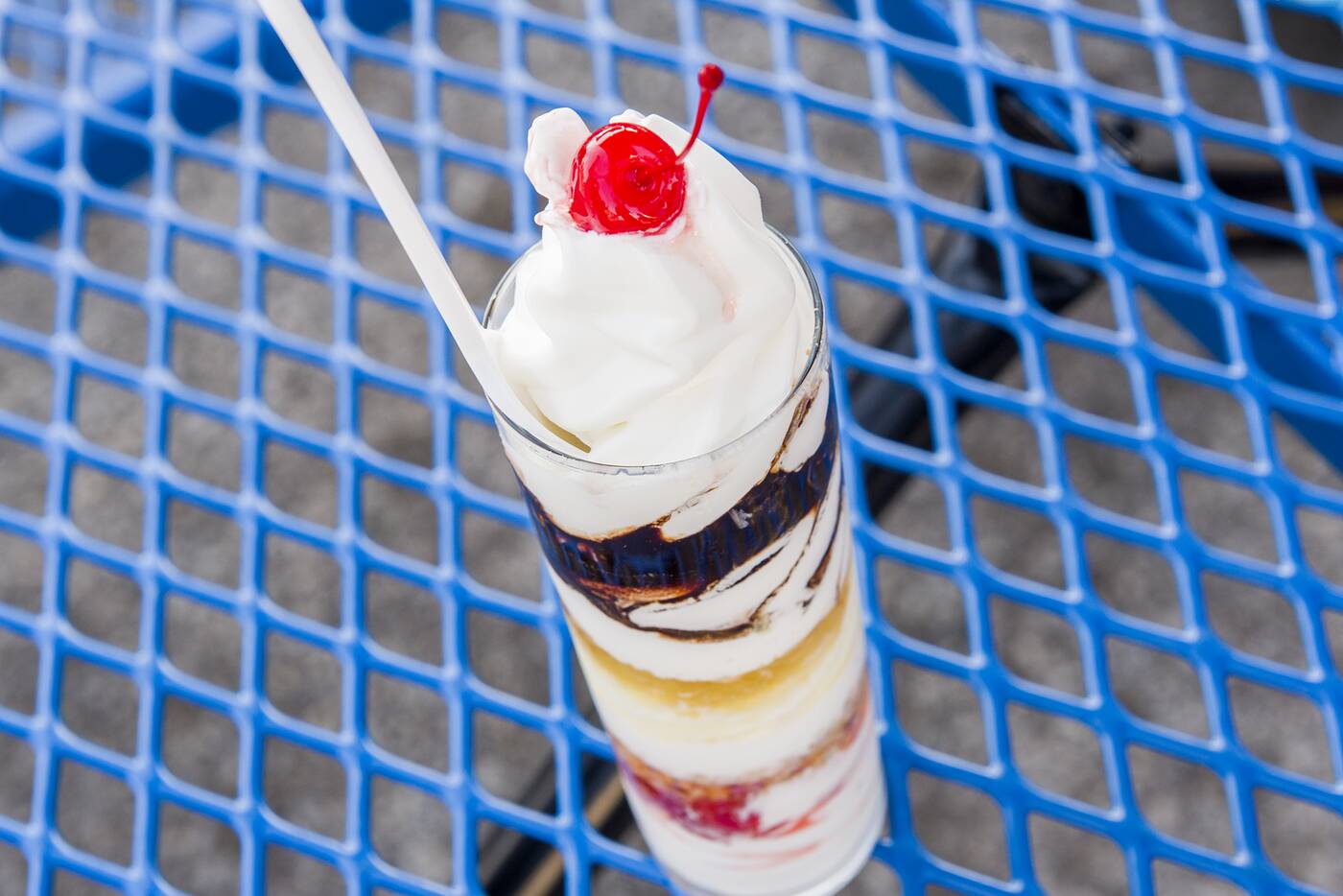 Though simple, the difference between this and a variety of soft serve that uses, say, dehydrated milk is noticeable in density, texture, and rich creamy flavour. 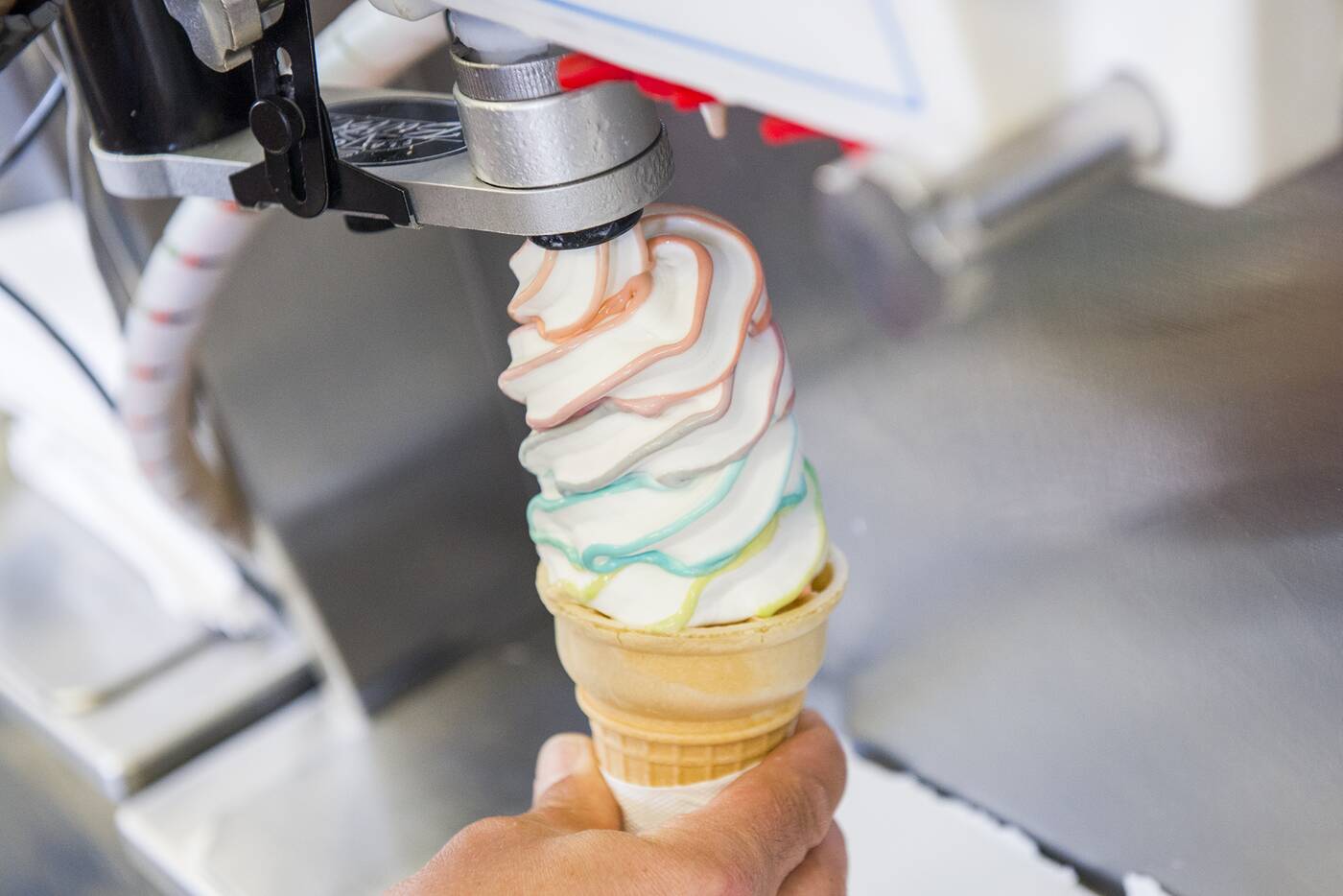 While the classics are remarkable, it’s all about the secret menu. There are no real rules: customers can do whatever they please. That said, there are certain ideas that have captured the imagination and stood the test of time, as well as those Tom’s advertises on their own social media. 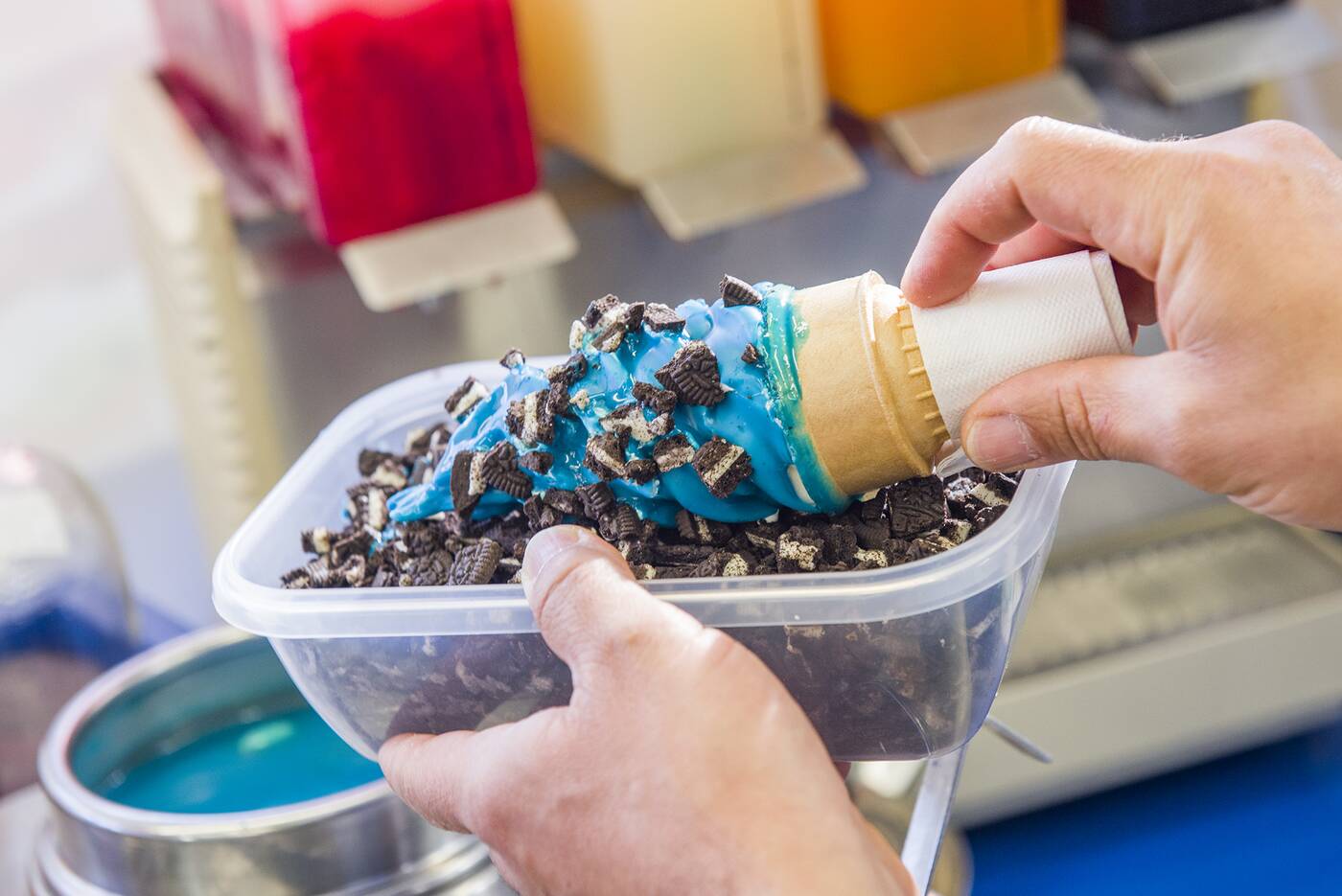 The “Cookie Monster” is such a creation, vanilla soft serve dipped in tangy and sugary blue raspberry, rolled in crushed Oreos. 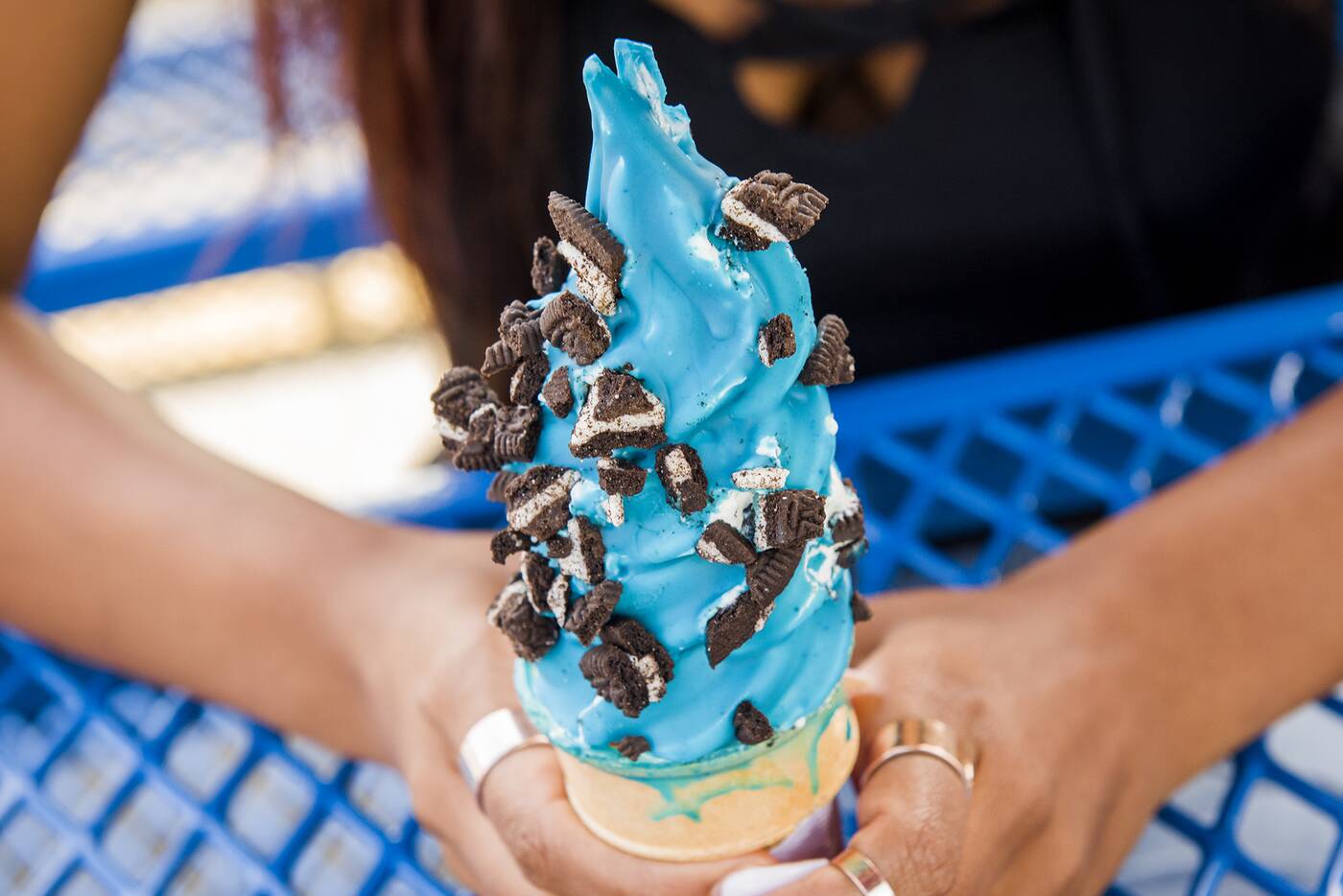 Not only is this treat visually eye-popping, the combination actually works really well. A small dipped cone is $3.20 and Oreo is $1.25, bringing this to $4.35. 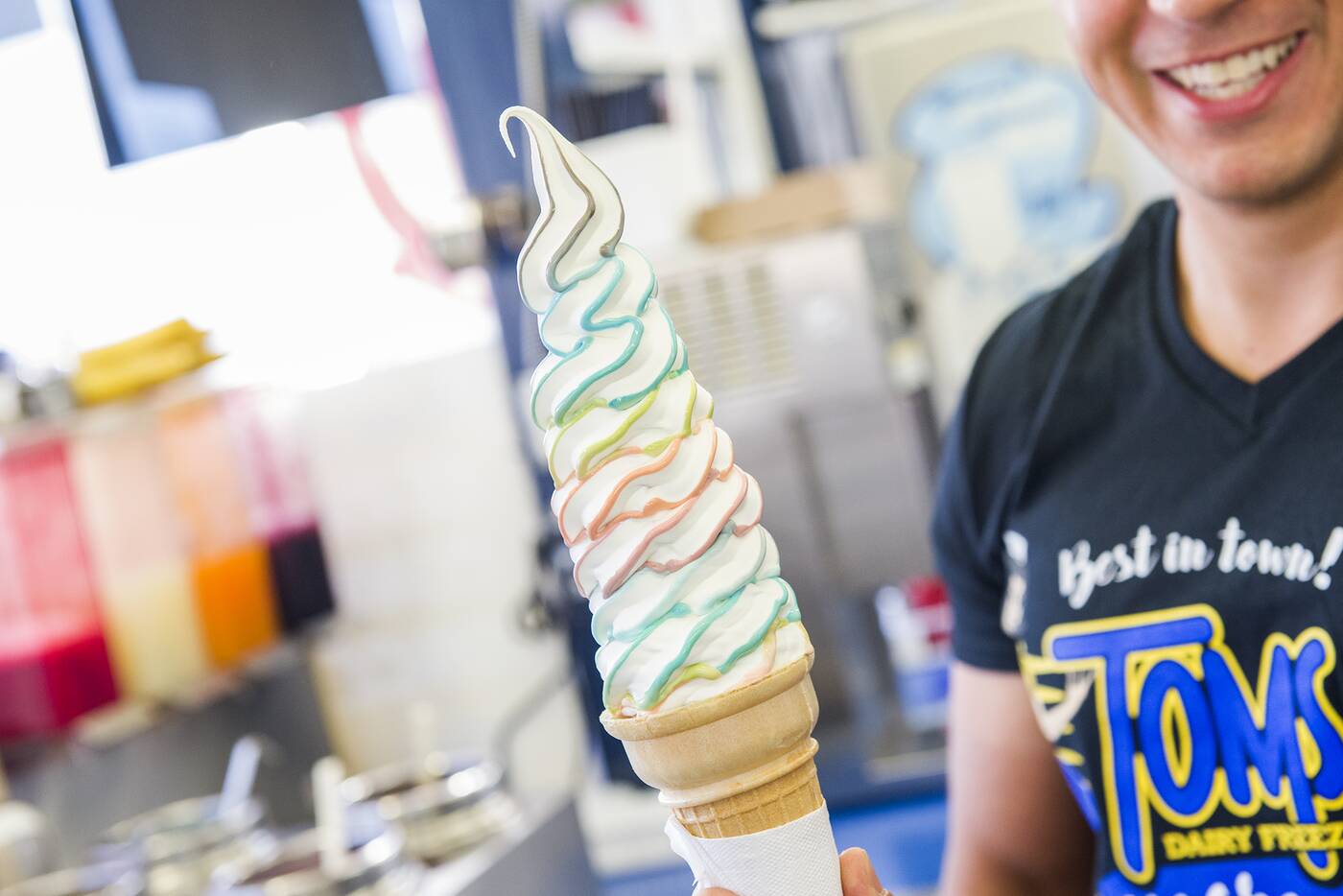 Maybe not as successful taste-wise as the Cookie Monster (the rainbow of “burst” varieties includes banana ripple, “blue goo,” coffee n’ creme, black raspberry and green apple) but certainly epic-looking, and you can’t go wrong with a cone of soft serve this huge. 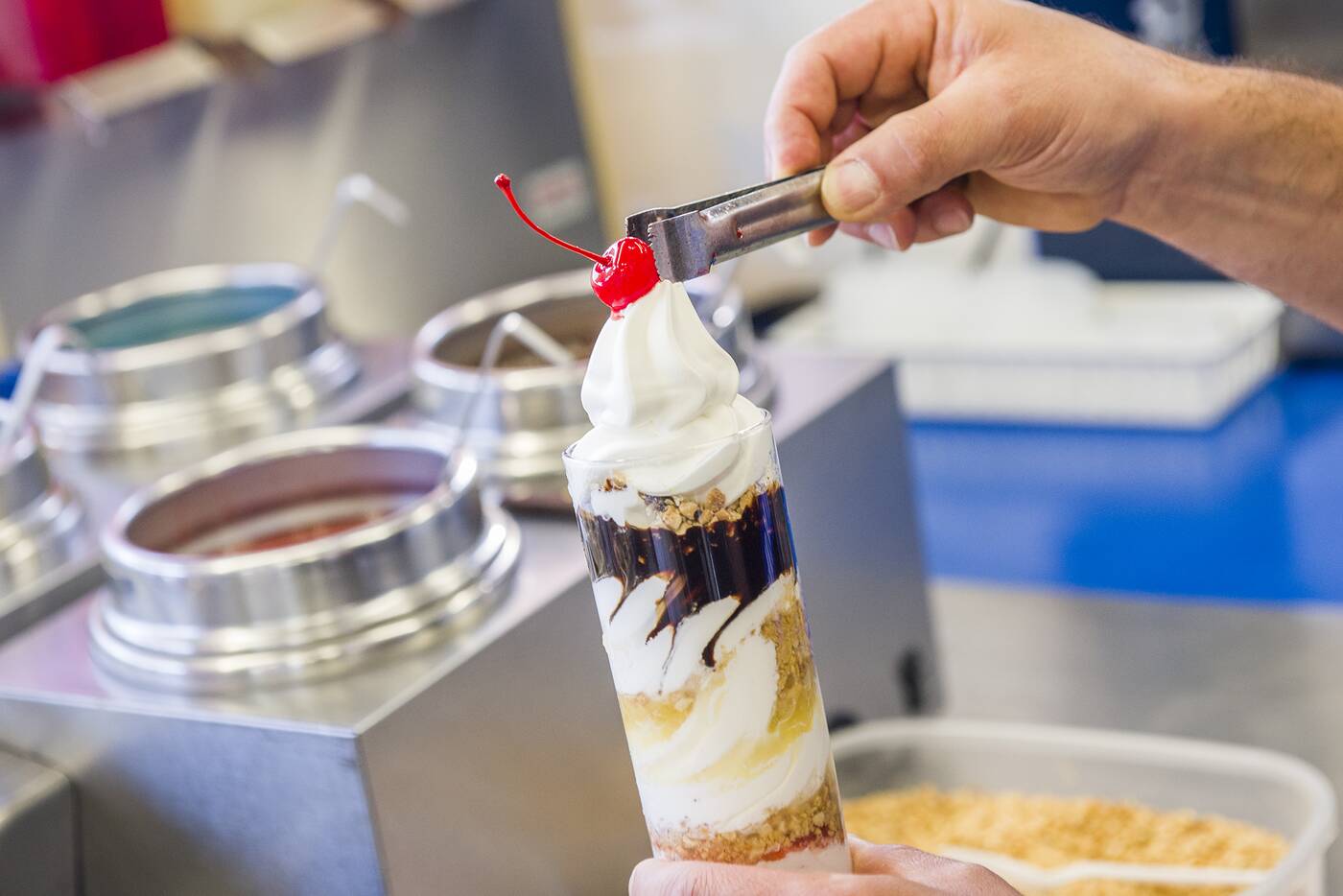 The “Parfait” ($7) layers vanilla soft serve with strawberry, pineapple, chocolate and nuts, topped off with an iconic neon-red maraschino cherry. 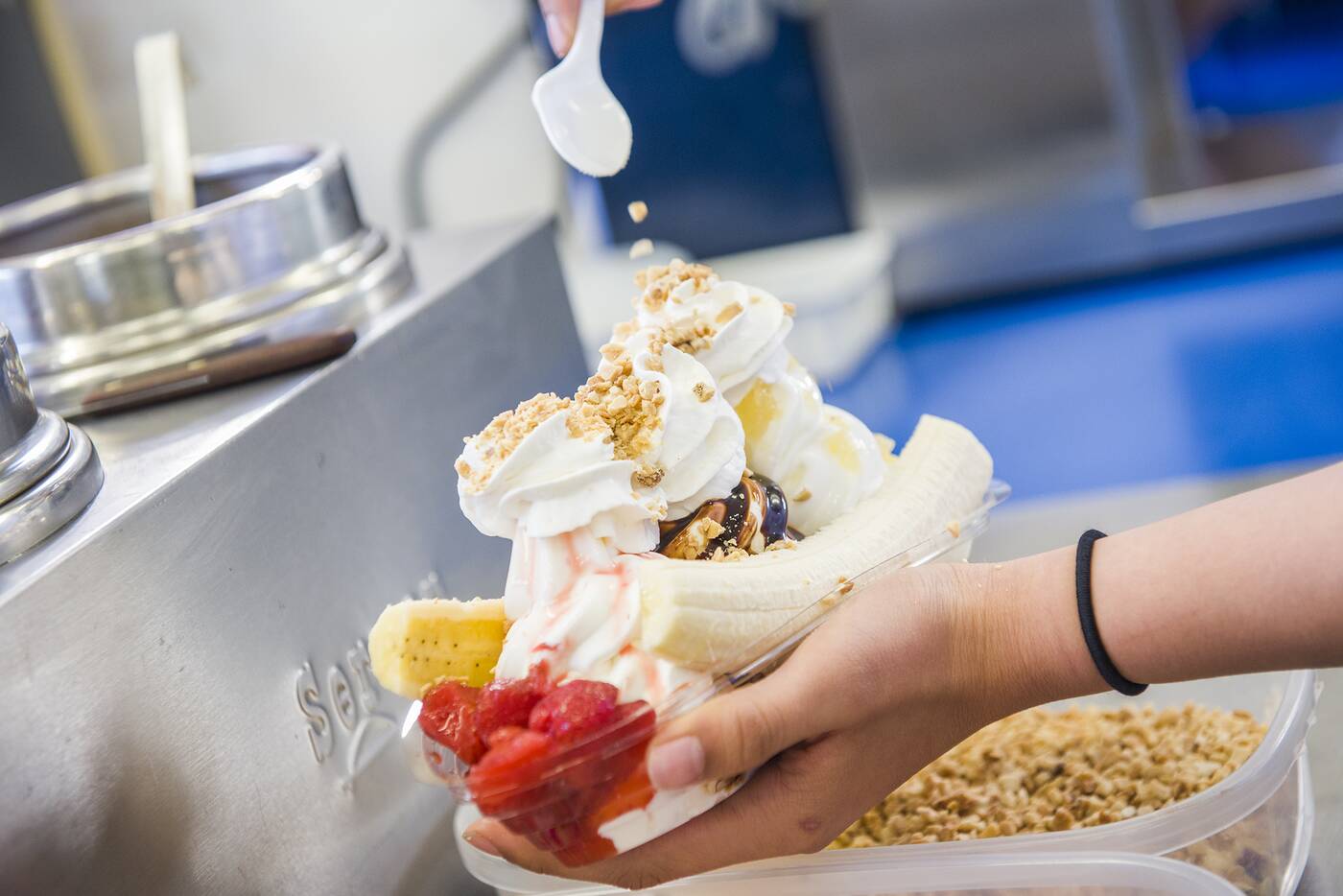 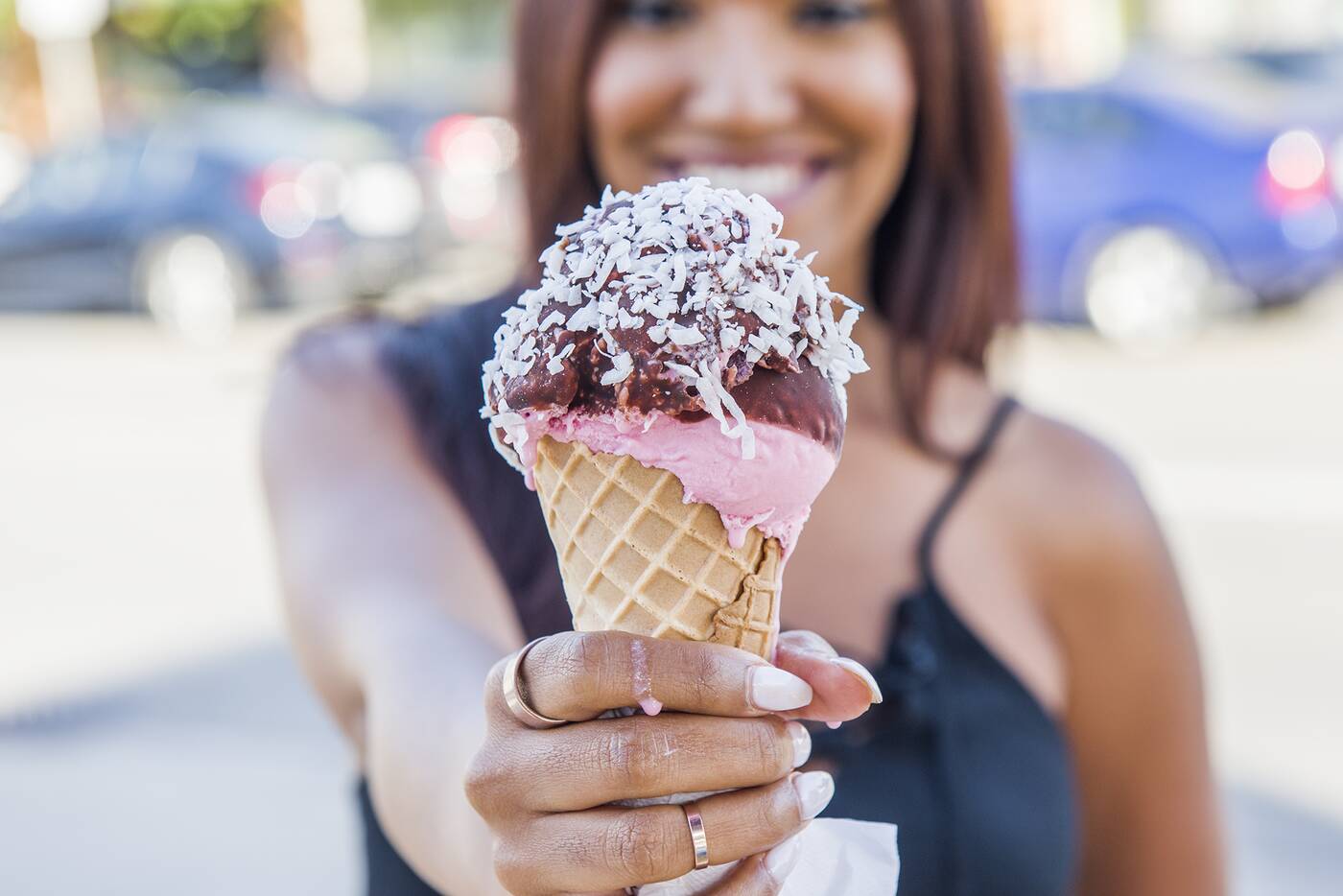 They also have 23 flavours of hard ice cream from Central Smith, Scotsburn, Shaw’s and London Dairy. 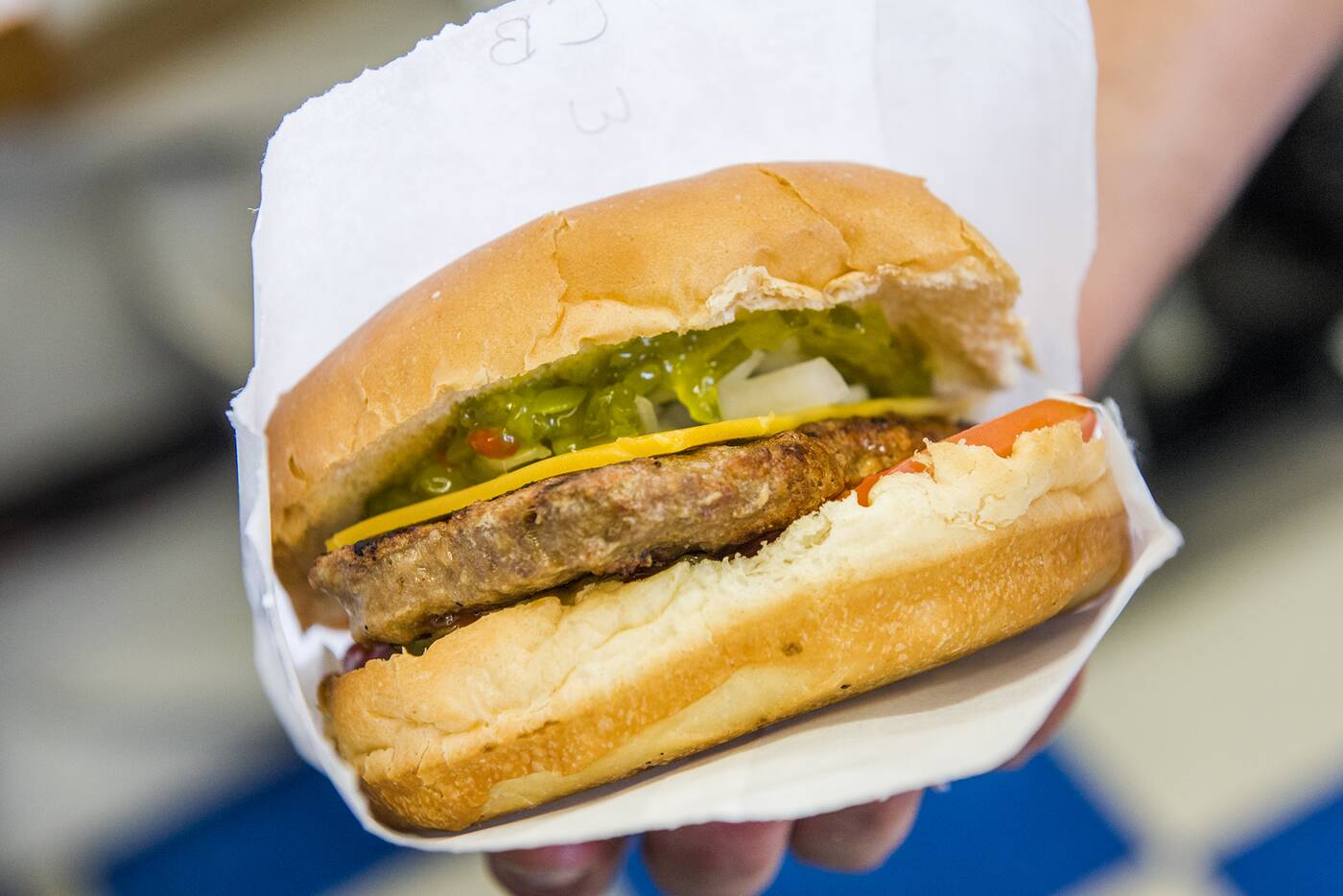 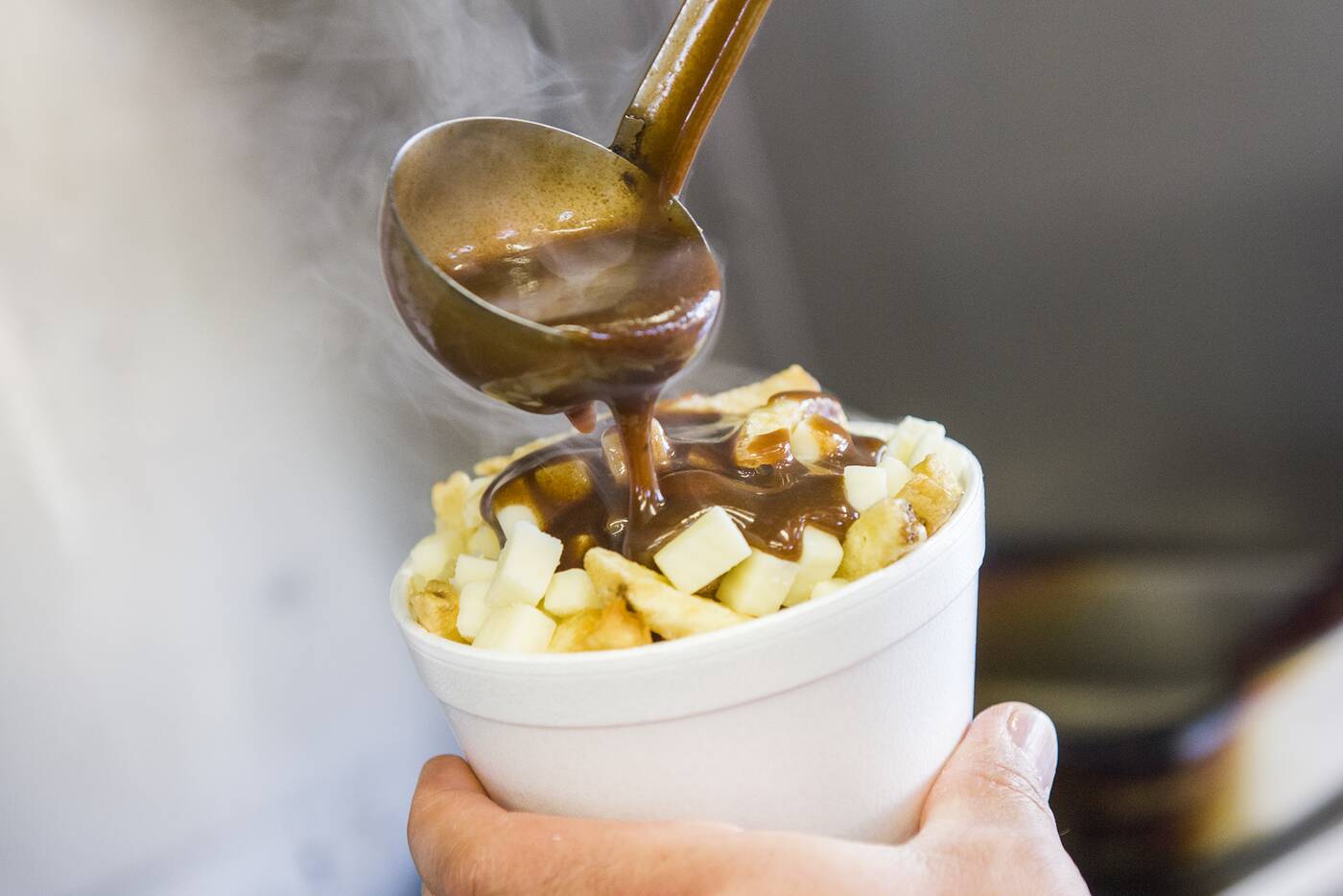 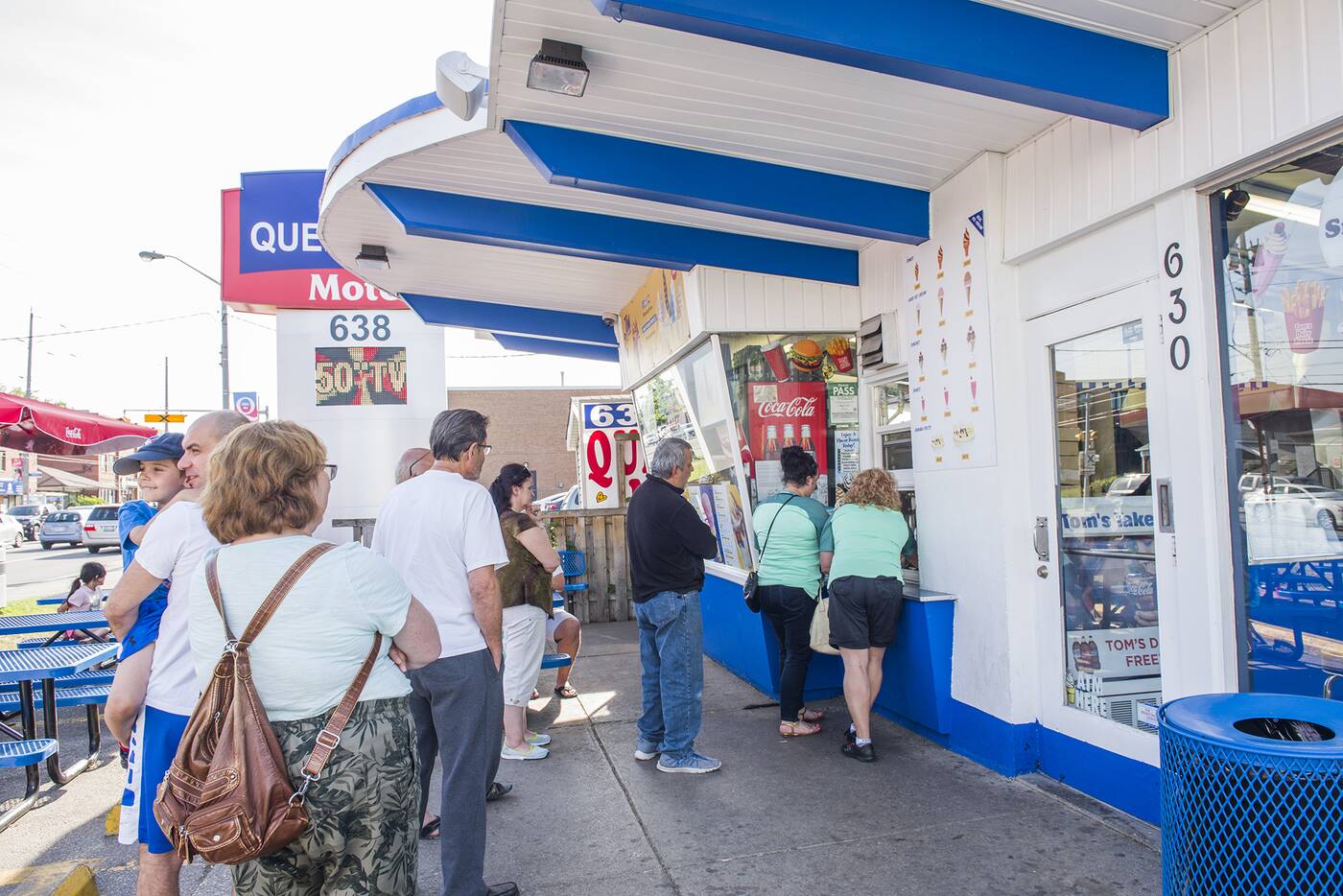 Seeing as it’s primarily a summertime business, much of the seating is outside, consisting of metal picnic tables with umbrellas out on a makeshift patio that’s basically a parking lot. 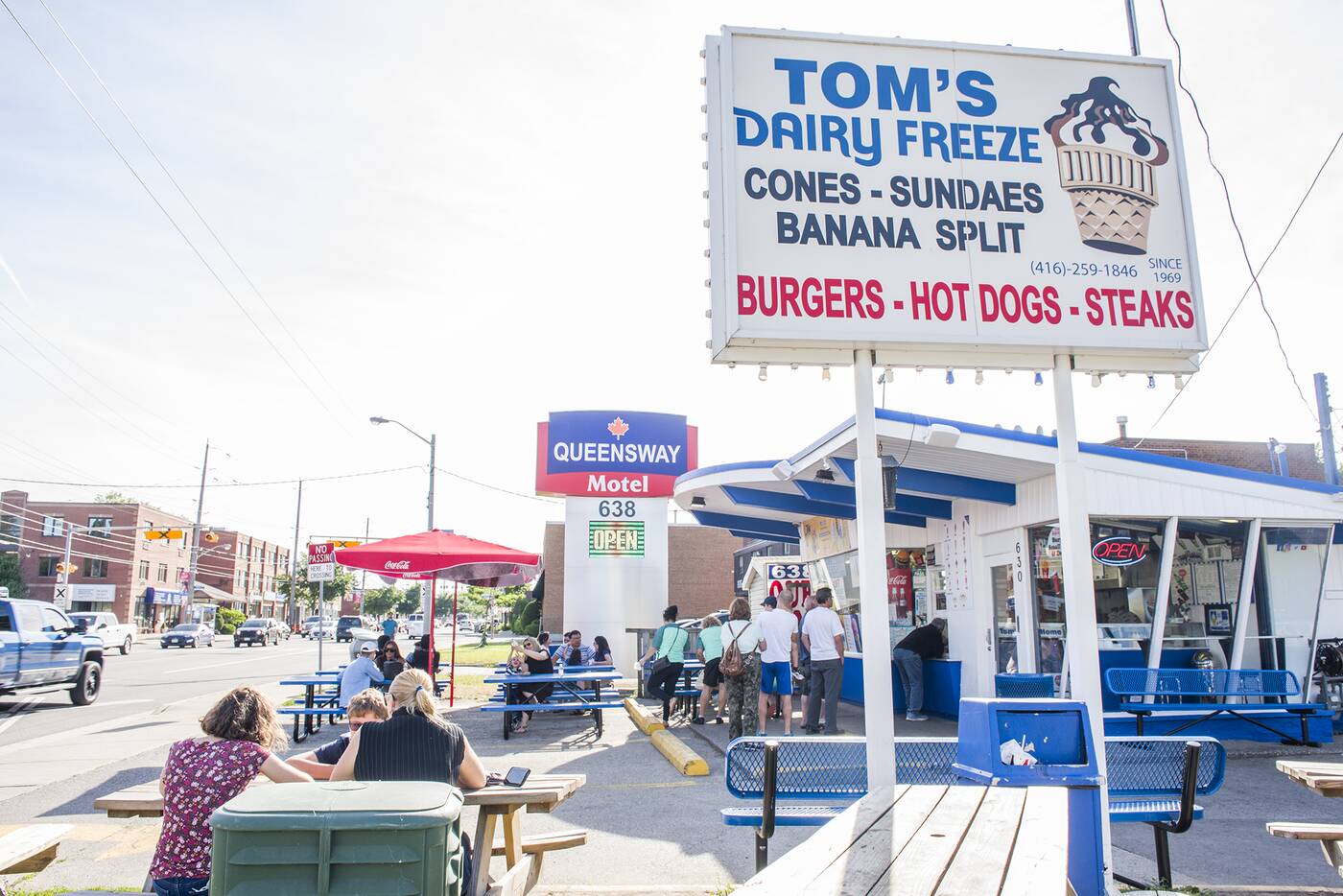 The Best Milkshakes in Toronto