Station Cafe replaces the last-ever location of Dooney’s. The cafe bar had relocated to this spot after long years in another location just a bit further east. 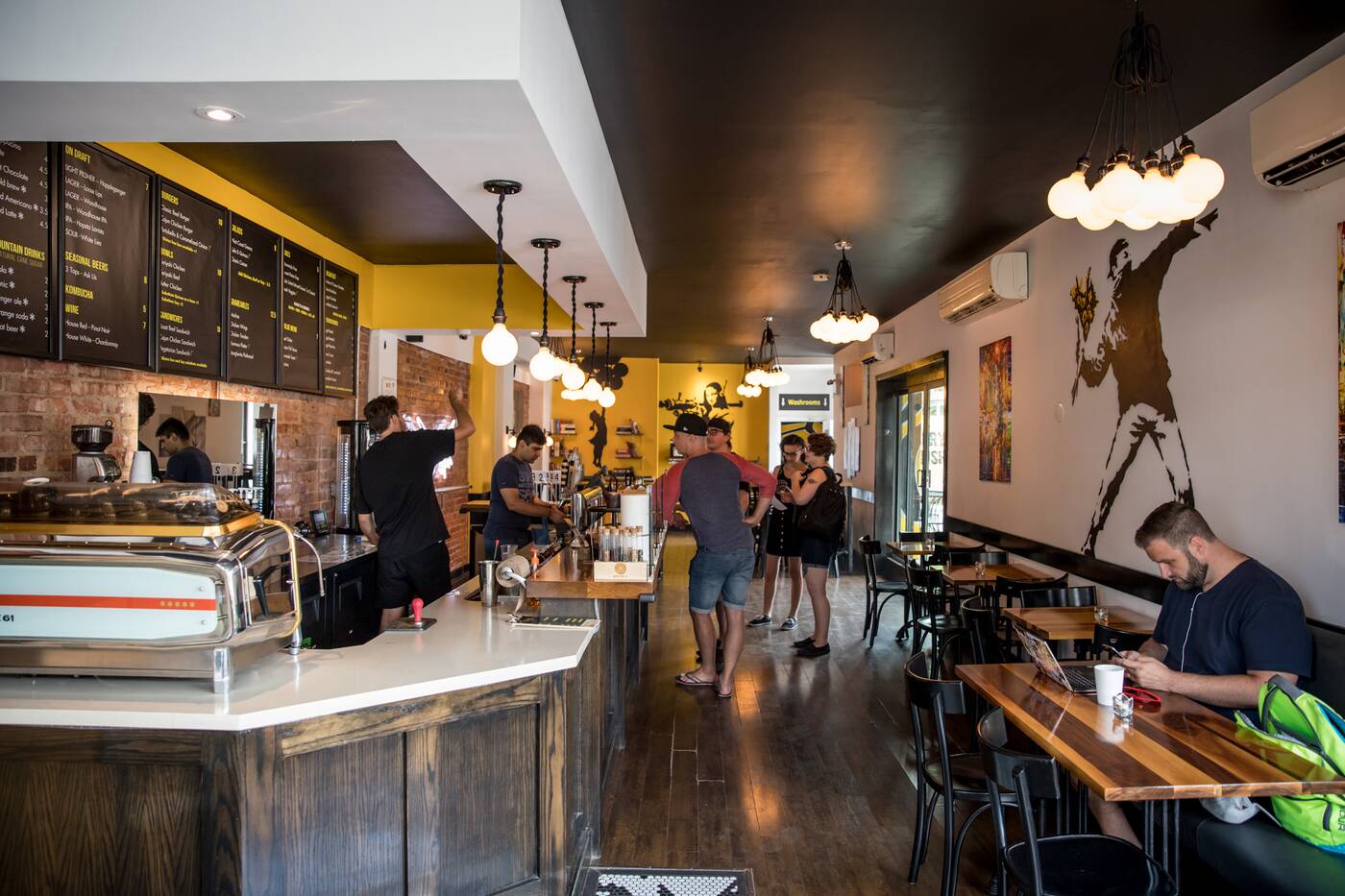 They’ve also kept the old tilework near the entryway to the cafe, which even still lovingly spells out “Dooney’s.” The layout is much the same too, with low tables near big front windows and high ones at the back. 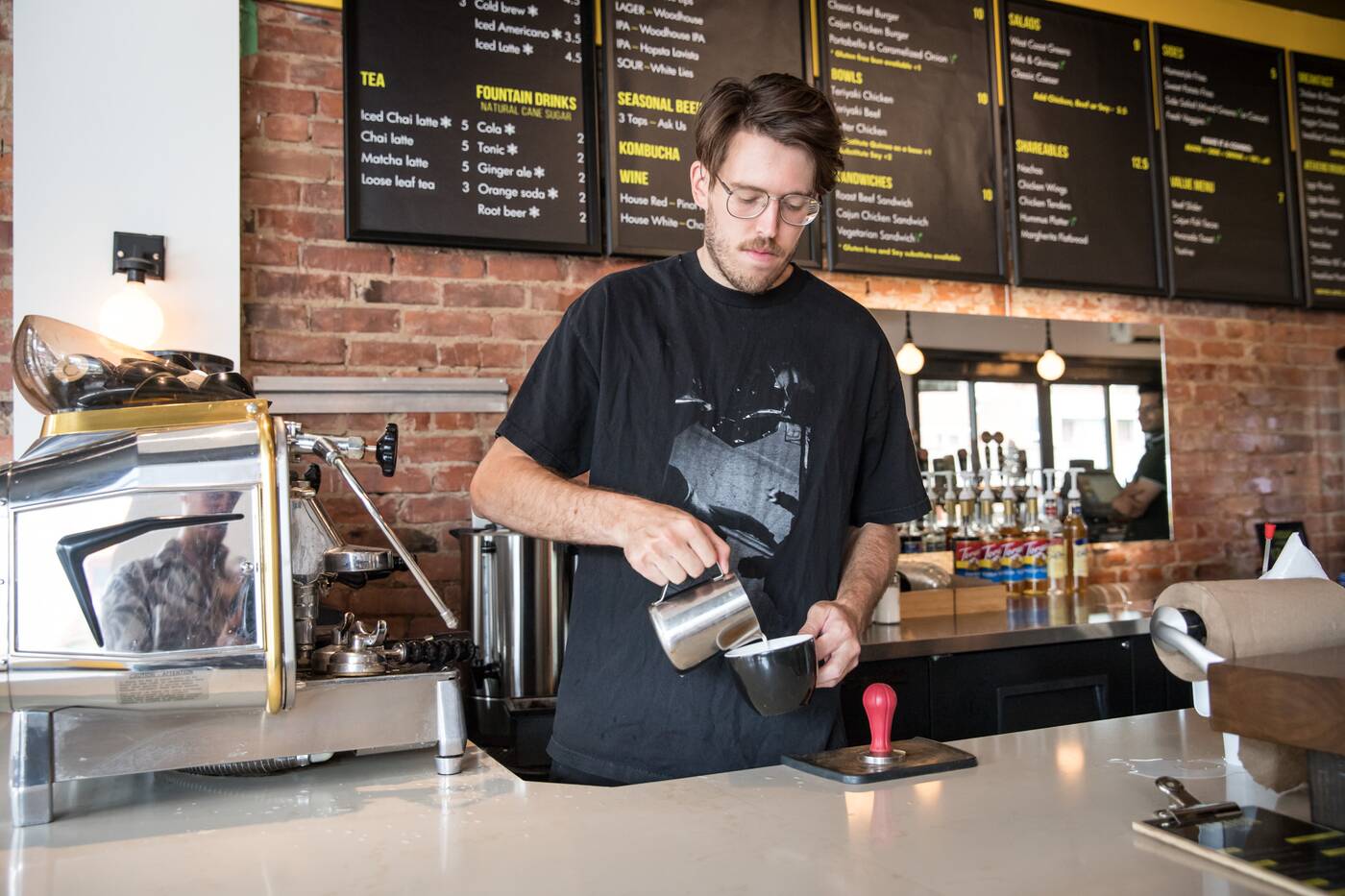 Outpost Coffee Roasters designed the coffee program here, espressos starting at $2.25 and lattes hot or iced keeping it at $4.50. 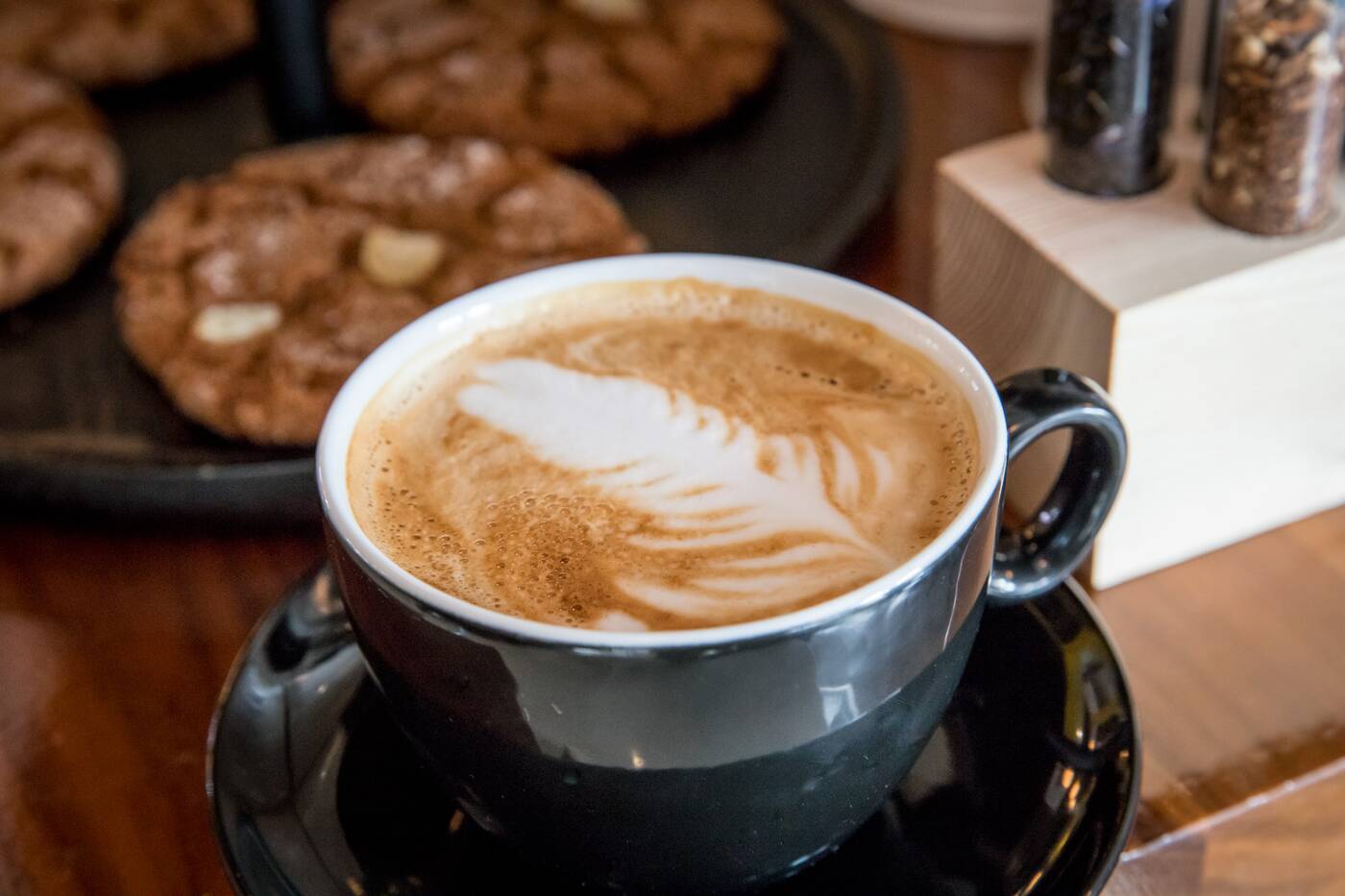 Circles and Squares provides baked goods, Dufflet a selection of cakes including a vegan chocolate option at $6 a slice. 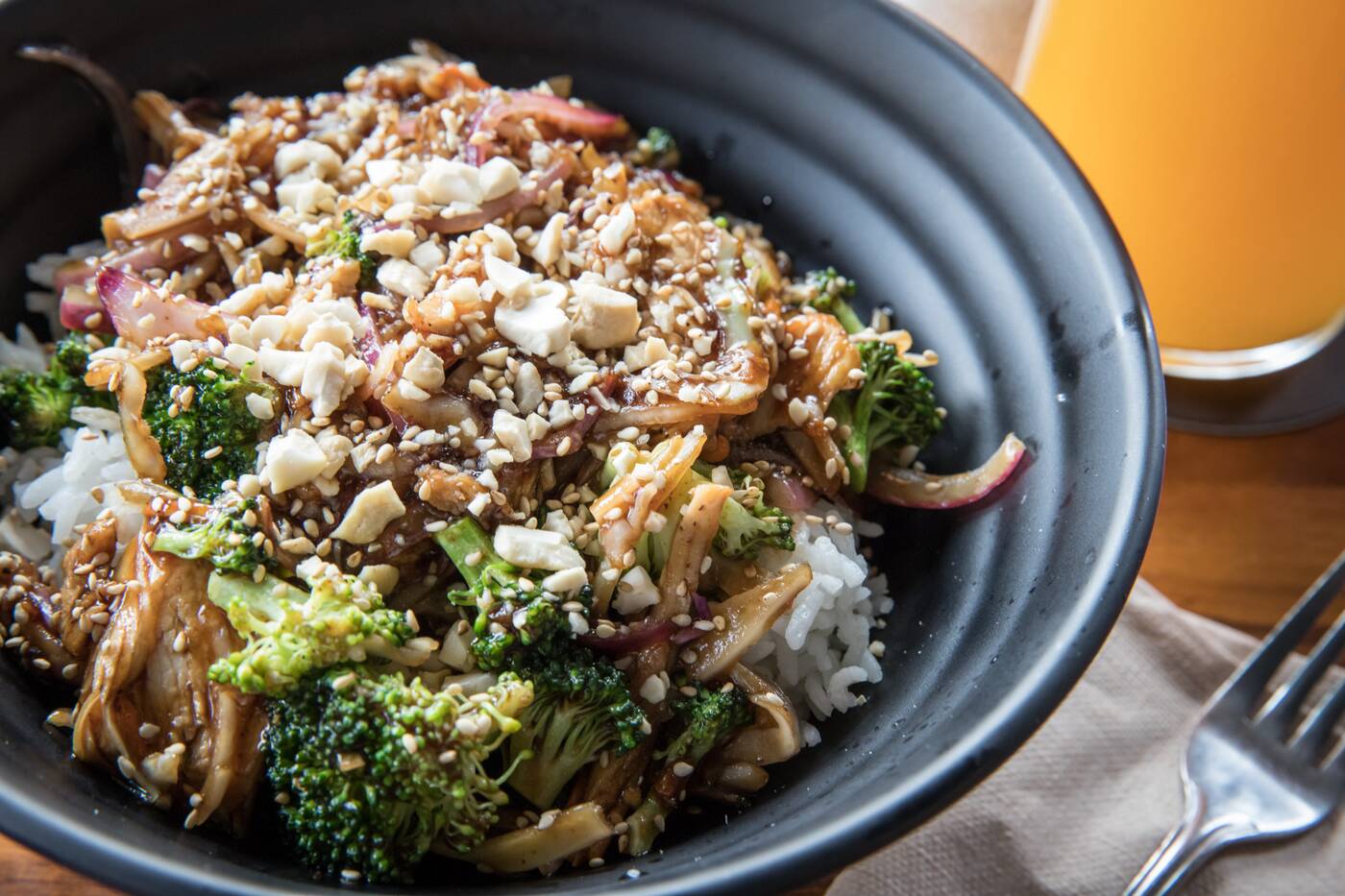 A Teriyaki Chicken Bowl ($12) sees steamed mixed veggies and chicken tossed in a scratch teriyaki sauce top a decent portion of steamed rice, all finished off with cashew and sesame.

It essentially tastes like something I’d stir fry at home, and there’s nothing really wrong with that, but a little more seasoning and personality could be incorporated. 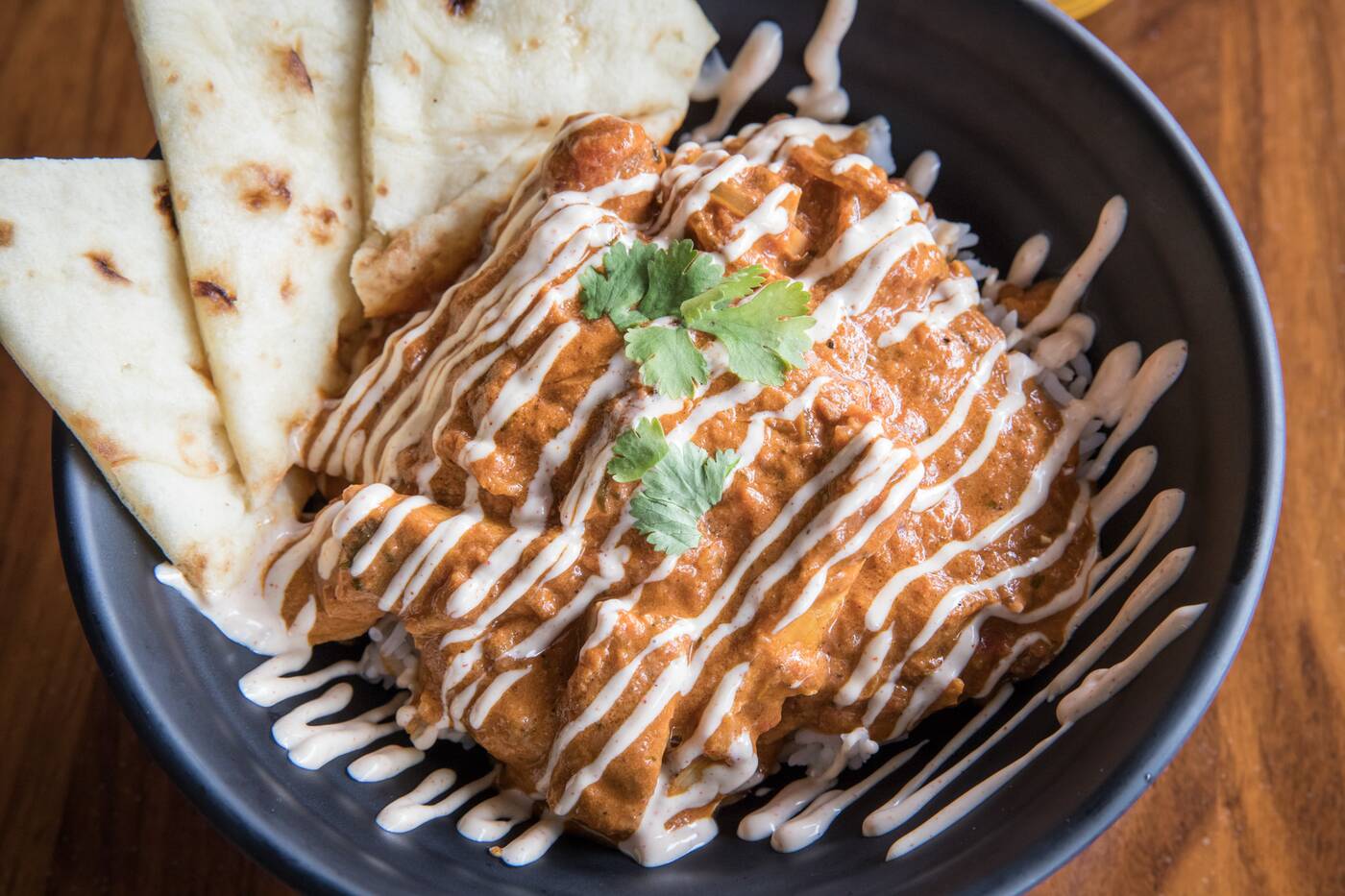 For our Butter Chicken Bowl ($12) we sub in Yam Chops soy protein for the chicken. A spicy yogurt drizzle makes this vegetarian rather than vegan, though pretty much anything on the menu can be easily veganized.

Naan isn’t made here, but the thick gravy that stars in this dish is made from scratch down to the tasty spice blend. 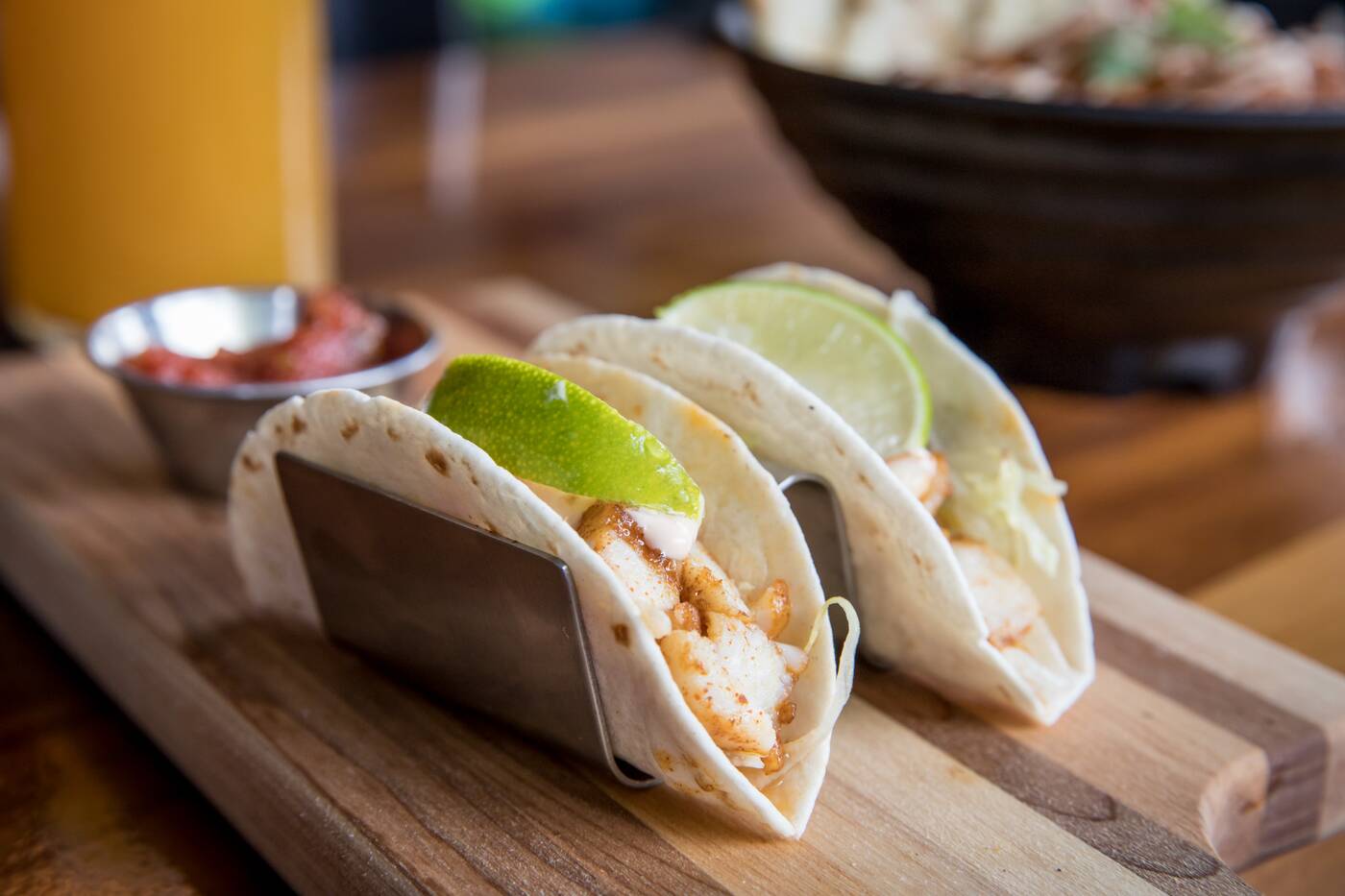 Cajun fish tacos are part of a $7 value menu that also includes poutine and avocado toast. The order of two is pretty tiny and again this snack is relatively bland, but some places will charge five bucks a taco for similar offerings. 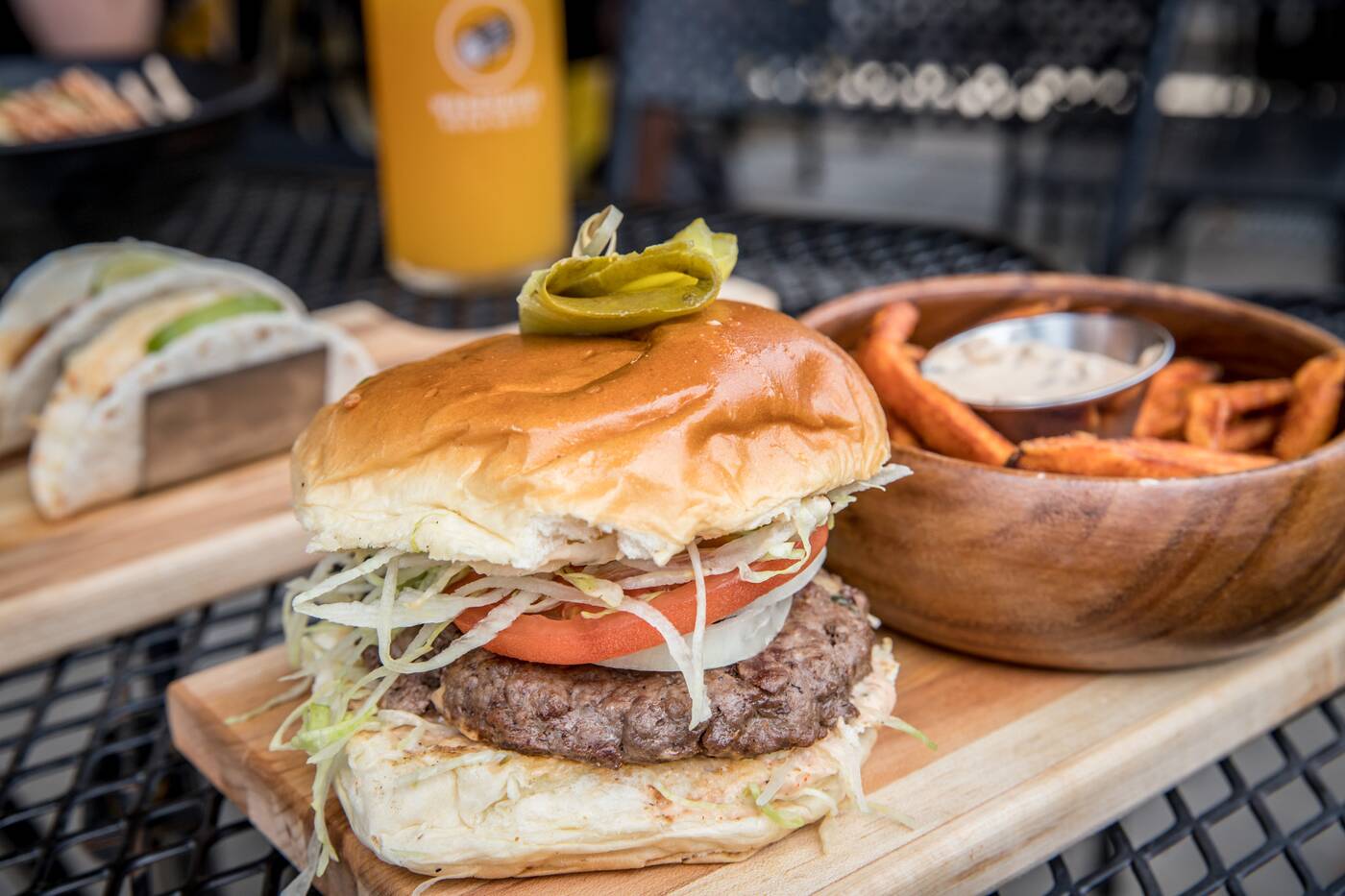 The Classic Beef Burger ($10) doesn’t fill the big shoes of the Dooney’s cheeseburger: a patty that’s a little undercooked appears to include some fillers like onion, and crumbles into two halves when I try to eat it.

Let’s hope the retired folks of Dooney’s who still stop in to help out can find a place on the menu for a good old Dooney’s Burger. 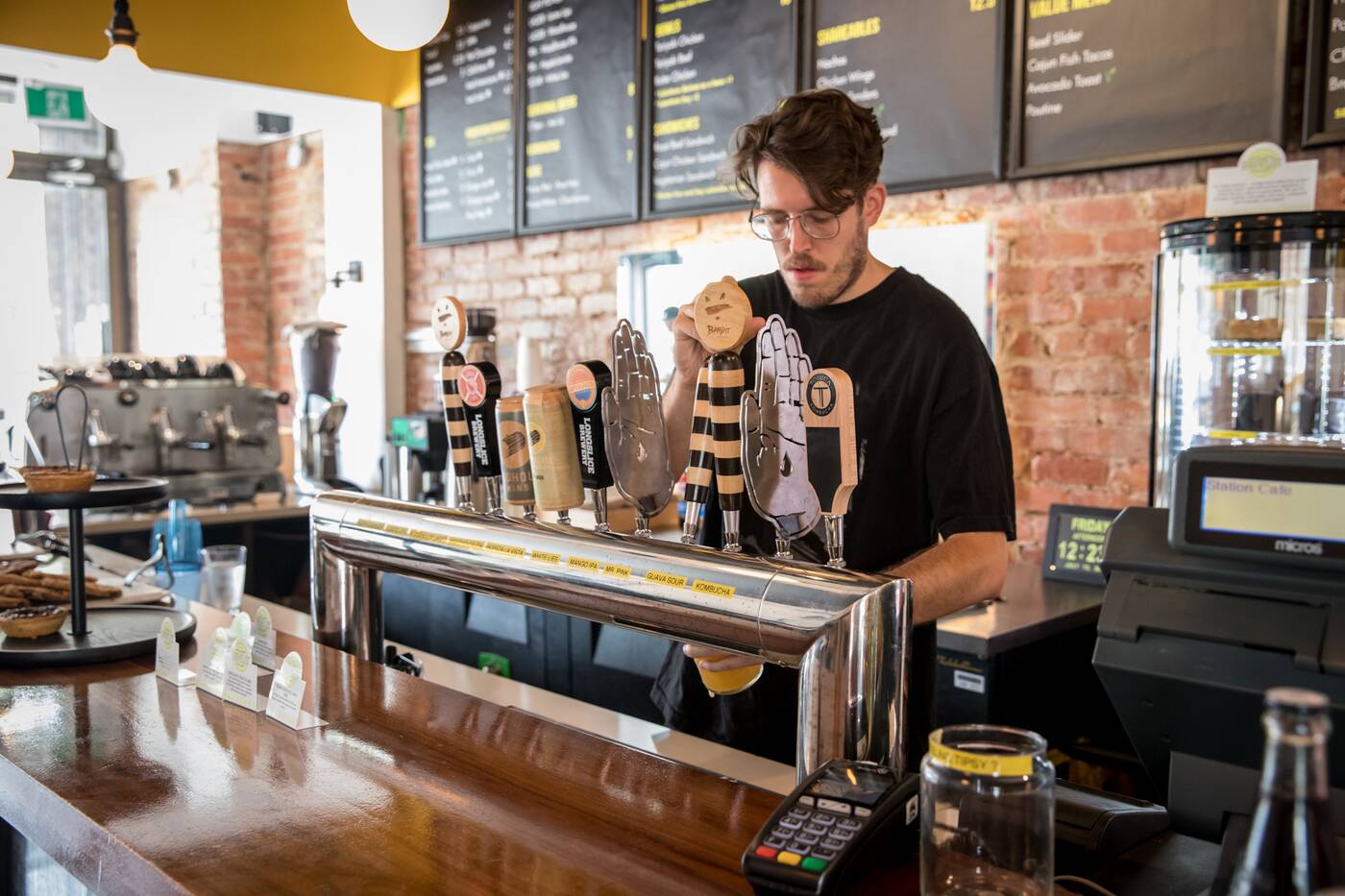 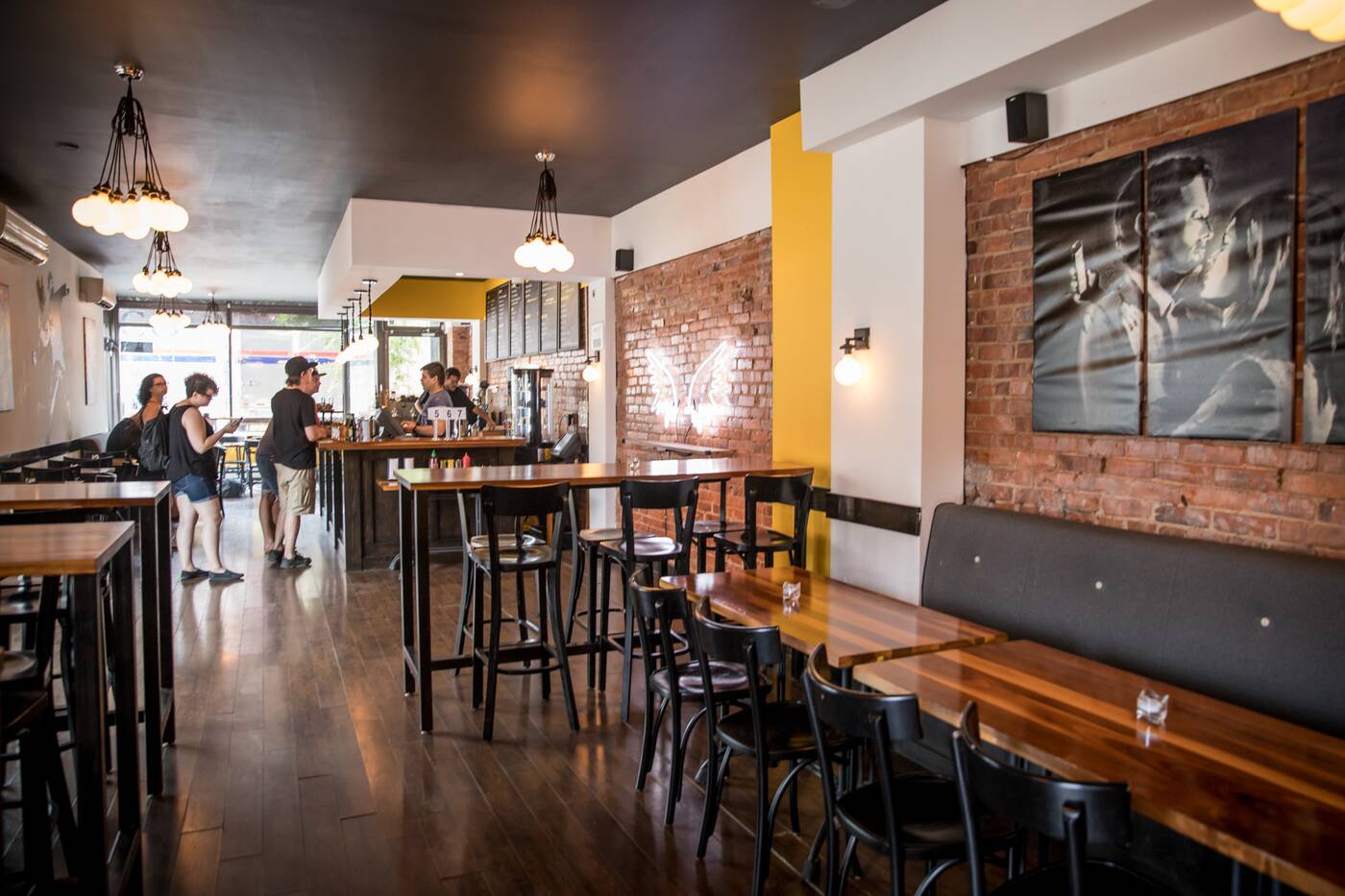 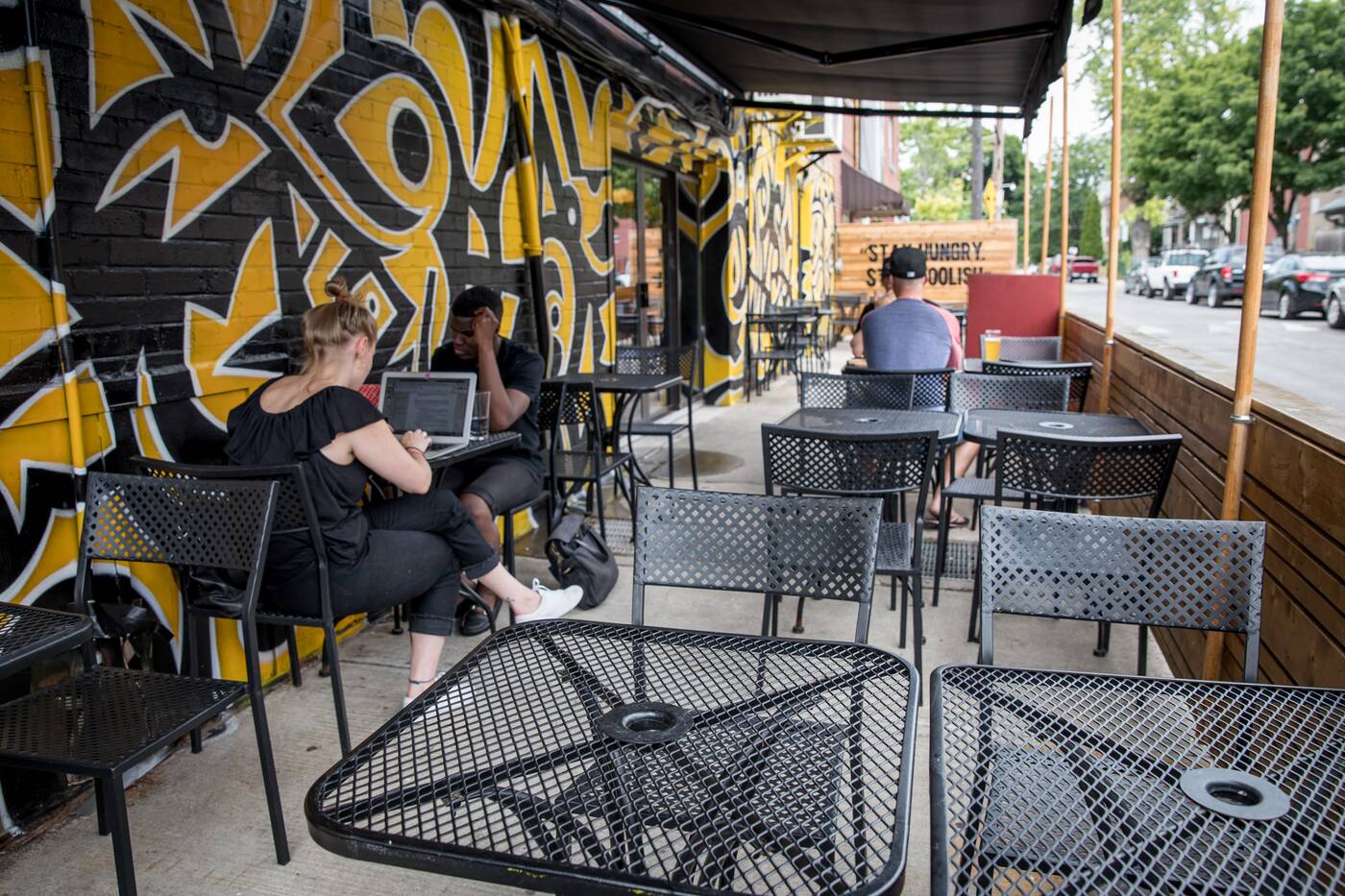 Fortunately that weird rule about not entering the patio through the side doors is one thing that’s gone. 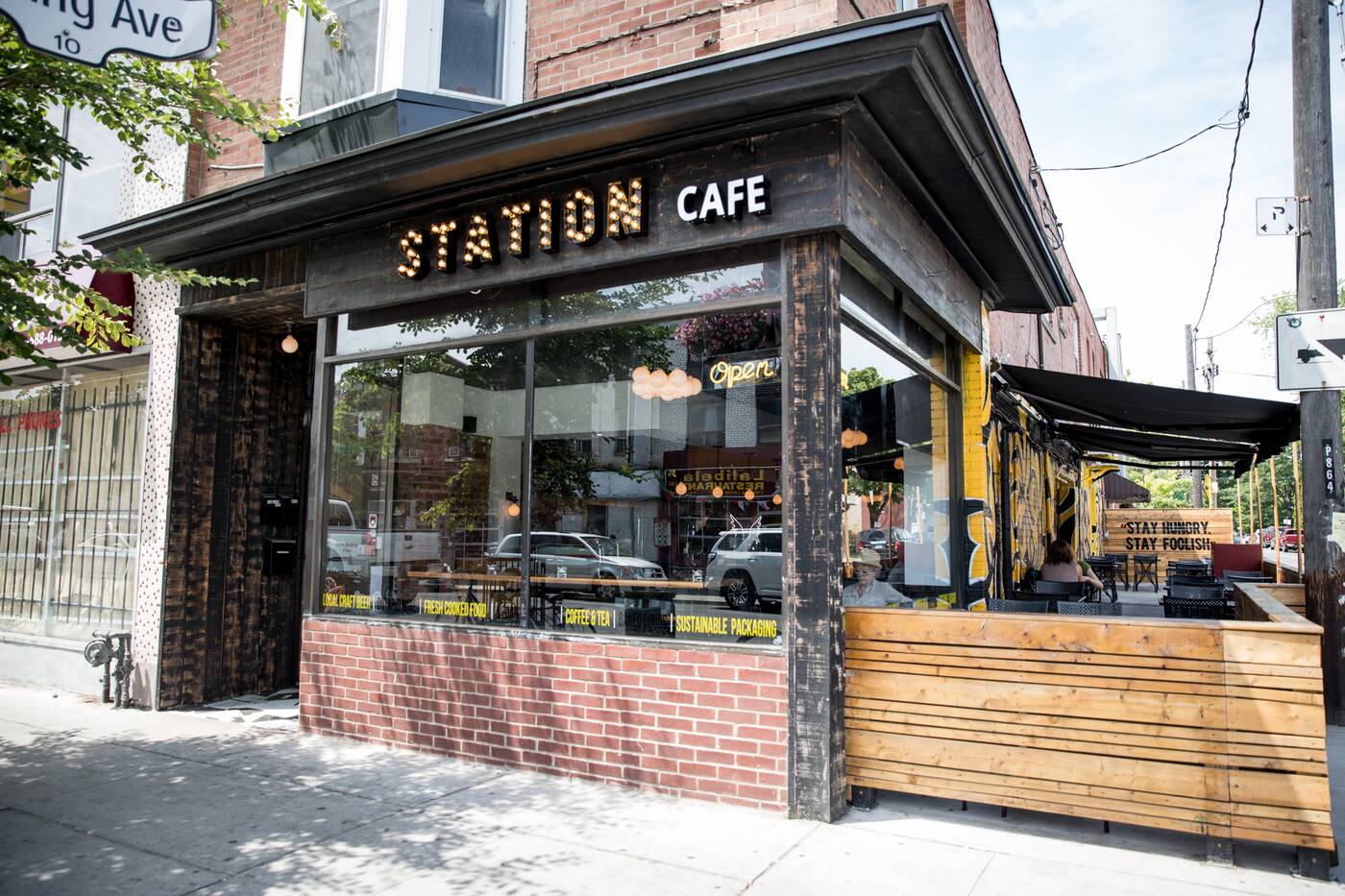