Circles and Squares Bakery has made countless appearances in my life (and the lives of my "colleagues") since it showed up in the Best Cookies in Toronto poll back in February.

The Communal Mule , Simple CafĂŠ, Te Aro , Green Beanery and Dark Horse are all recently opened cafes sporting Circles and Squares fare. While content to enjoy one of those salted chocolate chunk cookies (mercy), or outstanding (and raisin-free) butter tarts wherever they might turn up, the idea of one day visiting the actual C&S Bakery became a slight obsession of mine.

I suspect the obsession stemmed from the elusive quality of Circles and Squares. I couldn't find them on the web for the longest time. By the time I located the original bakery in Liberty Village, it had already closed down (we didn't realize it had shut down until after we showed up there) and moved way out to Markham to operate wholesale. The more I thought about how far away Markham was, the more I wanted to go.

As it turns out, Markham is not that far away. It was actually a lot of fun to get up there because we took a Zip Car and driving is a real novelty. I felt like we were going on vacation - a butter tart vacation. Before we arrive, I already know what I'm going to ask. 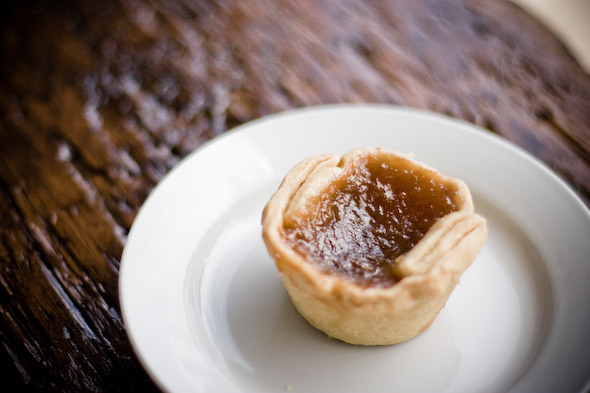 "Do you consider the decision to not put raisins in your butter tarts an interesting one?" David Baxter, owner of Circles and Squares pauses, as though to reflect on all the grief this issue has caused him in the past. "Yes, it's a personal decision. I don't like them... they're not good." I know a lot of people who would agree with him. Apparently none of those people are in Muskoka: butter tart district of the world. "Muskoka says it's not a real butter tart because it doesn't have raisins," David says, that reflective look on his face again. 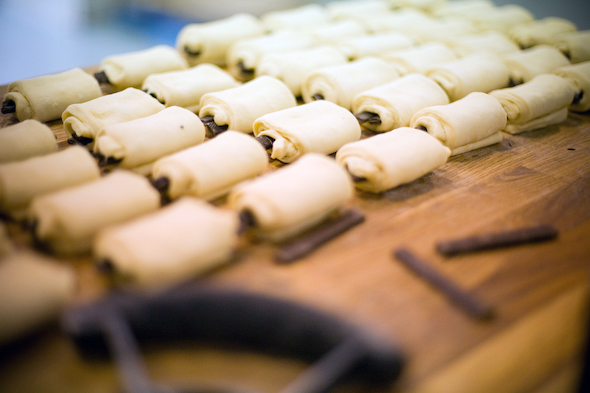 I didn't actually see any butter tarts at the bakery, but I did see some pecan tarts. It was like meeting a famous person's relative. I felt kind of giddy. The whole place was excessively pleasant, not the fluster of activity I expected, but rather calm, if busy. David's team happily chopped, rolled and dusted. Alyssa snapped some photos of the pains du chocolates. The croissants are rather new, and will soon begin to appear in cafes. 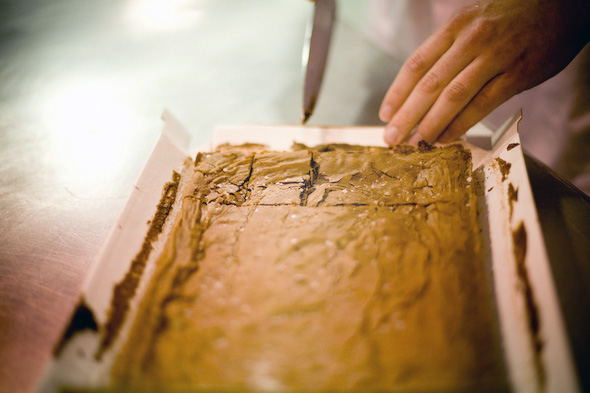 David pulled a slab of caramel brownies out of the fridge and let us try some. I was excited to see those familiar crystals of salt on top and it was, quite possibly, the best brownie I've ever had. It was so moist and sticky (and I can't say enough about that salt). The other dessert we sampled for the first time (that I wish we'd been eating for months already) was a peanut butter chocolate layer cake. Thick, creamy chocolate frosting covers layers of peanut butter sponge cake. The brownies are one of C&S's best selling pastries, as is the pumpkin muffin. Alyssa's ears perk up when David mentions the pumpkin muffin. Alyssa loves that thing! She talks about it all the time. "It took me forever to figure out that pumpkin muffin," David says. It started out as a seasonal offering, but people kept asking for it. Alyssa asks him about a flexible business philosophy. "I don't really believe in having a business philosophy," he says, "but yeah, when you're young you have to be flexible. When you're young, you can't call the shots." 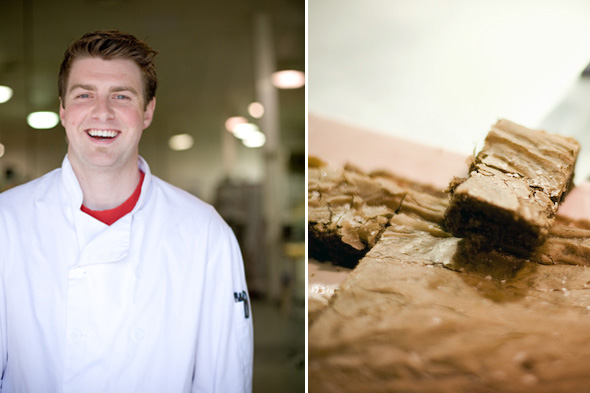 David is twenty-six, which is astounding given the success he's already had. He went into business with his sister-in-law, and when she took time off to raise her kids, he took over Circles and Squares. He has no formal culinary training, but grew up baking. "I'd get angry when a cake didn't turn out when I was like, sixteen." The image of an adolescent boy agonizing over a cake is rather endearing, but I imagine it's that agony that got him where he is today. "I don't cut corners," he says. "The difference between crappy and good is about twenty-five cents." This sounds to me like a bit of a business philosophy, and I appreciate it immensely. So many food establishments put in so little effort, but I've never experienced regret over a Circles and Squares purchase. "I don't want to send something out that I wouldn't pay for." Amen. 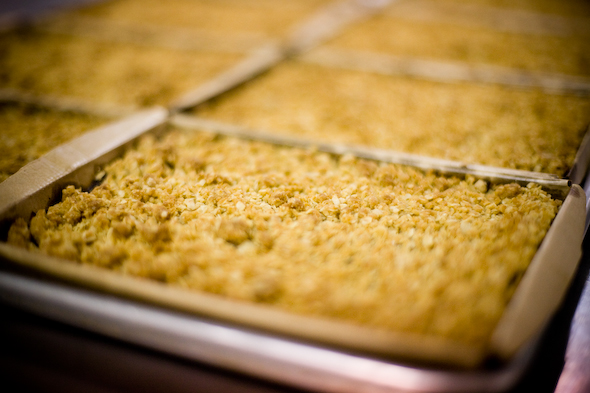 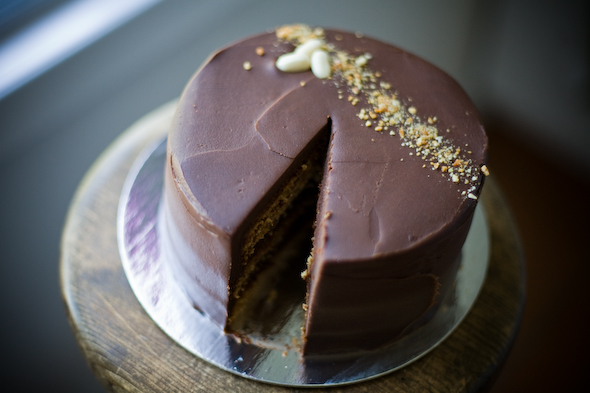 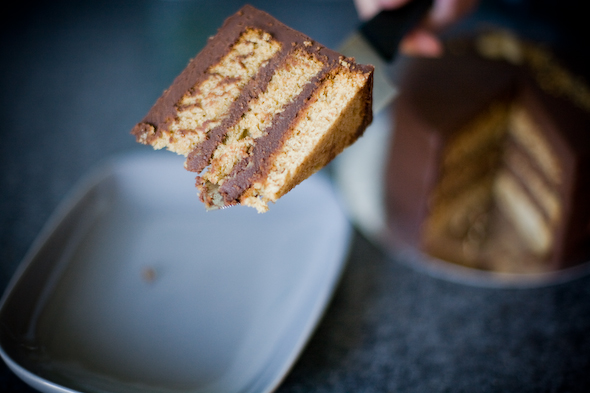 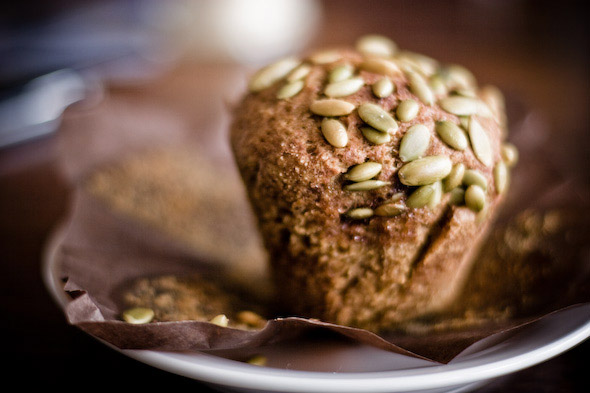